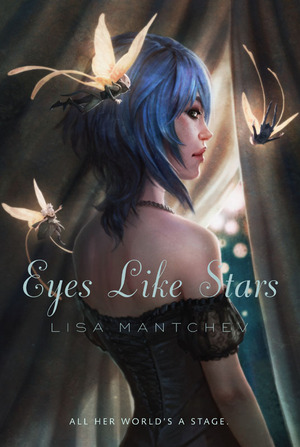 Lisa Mantchev - Eyes ​Like Stars
All ​her world's a stage. Beatrice Shakespeare Smith is not an actress, yet she lives in a theater. She is not an orphan, but she has no parents. She knows every part, but has no lines of her own. Until now. Welcome to the Théâtre Illuminata, where the characters of every place ever written can be found behind the curtain. They were born to play their parts, and are bound to the Théâtre by The Book—an ancient and magical tome of scripts. Bertie is not one of them, but they are her family—and she is about to lose them all and the only home she has ever known. 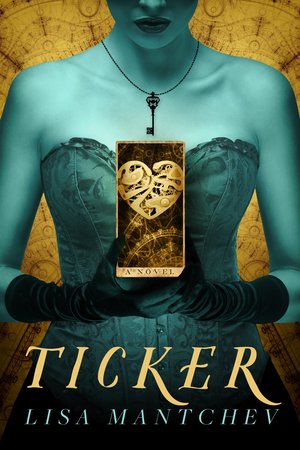 Lisa Mantchev - Ticker
When ​Penny Farthing nearly dies, brilliant surgeon Calvin Warwick manages to implant a brass “Ticker” in her chest, transforming her into the first of the Augmented. But soon it’s discovered that Warwick killed dozens of people as he strove to perfect another improved Ticker for Penny, and he’s put on trial for mass murder. On the last day of Warwick’s trial, the Farthings’ factory is bombed, Penny’s parents disappear, and Penny and her brother, Nic, receive a ransom note demanding all of their Augmentation research if they want to see their parents again. Is someone trying to destroy the Farthings...or is the motive more sinister? Desperate to reunite their family and rescue their research, Penny and her brother recruit fiery baker Violet Nesselrode, gentleman-about-town Sebastian Stirling, and Marcus Kingsley, a young army general who has his own reasons for wanting to lift the veil between this world and the next. Wagers are placed, friends are lost, romance stages an ambush, and time is running out for the girl with the clockwork heart. 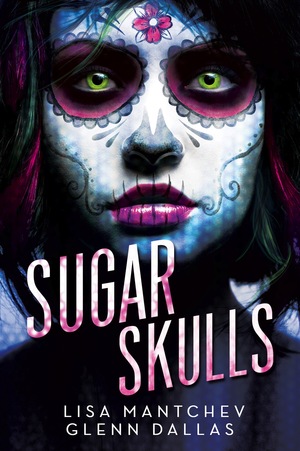 Lisa Mantchev - Glenn Dallas - Sugar ​Skulls
Welcome ​to Cyrene, a city where energy is currency and music is the lifeblood of its young citizens. Everyone lives on the grid, and the residents of the world’s largest playground are encouraged to pursue every physical and emotional pleasure imaginable. Vee is the lead singer of the Sugar Skulls, an all-girl band that is Corporate’s newest pet project. Micah haunts the city like a ghost after an overdose of a deadly illegal street drug knocks him off the grid. When Micah and Vee forge an immediate, undeniable connection, their troubled worlds collide. Trading concert stages for Cyrene’s rooftops and back alleys, they have to evade vicious thugs and Vee’s possessive manager as they unravel the mysteries connected to their dark pasts. And before the curtain falls, Micah and Vee will bring the city to its knees in their desperate bid for love, home, and a future together. 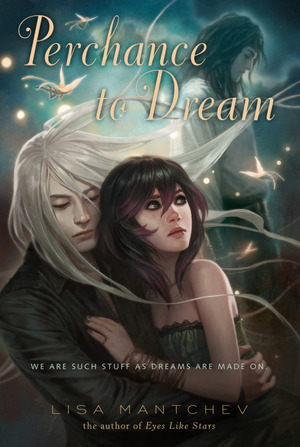 Lisa Mantchev - Perchance ​to Dream
Act ​Two, Scene One Growing up in the enchanted Thèâtre Illuminata, Beatrice Shakespeare Smith learned everything about every play ever written. She knew the players and their parts, but she didn't know that she, too, had magic. Now, she is the Mistress of Revels, the Teller of Tales. She is ready for the outside world. Enter BERTIE AND COMPANY And it is nothing like the one she has come to expect. Bertie can make things happen by writing them, but outside the protective walls of the Thèâtre, they don't go as planned. And her magic cannot help her make a decision between - Nate: Her suave and swashbuckling pirate. Is now in mortal peril. Ariel: A brooding, yet seductive, air spirit. Loves Bertie enough to die for her. When Nate is kidnapped and taken prisoner by the Sea Witch, only Bertie can free him. She and her fairy sidekicks embark on a journey aboard the Thèâtre's locomotive caravan, using Bertie's word magic to guide them. Along the way, they collect a sneak-thief, who has in his possession something most valuable, and meet a bird that might be Bertie's father - and the maker of the magical Scrimshaw. Bertie's dreams are haunted by Nate, whose love for Bertie is keeping him alive, but in the daytime, it's Ariel who is tantalizingly close, and the one she is falling for. Who does Bertie love the most? And will her magic be powerful enough to save her once she enters the Sea Witch's lair? Once again, LISA MANTCHEV has spun a tale like no other - full of romance, magic, adventure, and fairies, too - that readers won't want to put down, even after the curtain has closed. 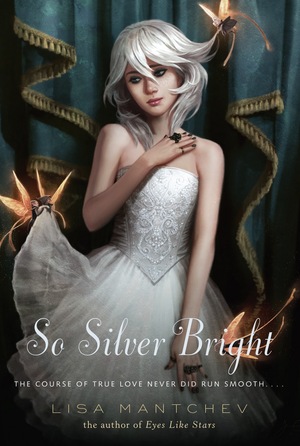 Lisa Mantchev - So ​Silver Bright
Bertie ​thinks her quest is almost done. With the help of Ariel and the rest of her friends, she has managed to find her father and rescue the kidnapped pirate, Nate, from Sedna the sea goddess. Now all she has to do is reunite her father, The Scrimshander, with her mother, Ophelia, and she will finally have a true family of her own. However, things are never easy for Beatrice Shakespeare Smith. Her father has vanished, Sedna is out for revenge, her own actions have trapped the Theatre Illuminata, the only home she’s ever known, into a strange kind of limbo, and the stress of her in-between state is tearing apart the fragile threads of her mother’s sanity. Bertie’s best hope for salvaging the situation may lie in the summons by Her Gracious Majesty, Queen of the Distant Castle and hope of winning the magical boon given to the most pleasing performance. Bertie is caught between her growing responsibilities to home and family and the dream of flying free, just as her heart is torn between her two loves, Ariel and Nate. With so many forces pulling on her, how will Bertie be able to choose which wish to make come true? 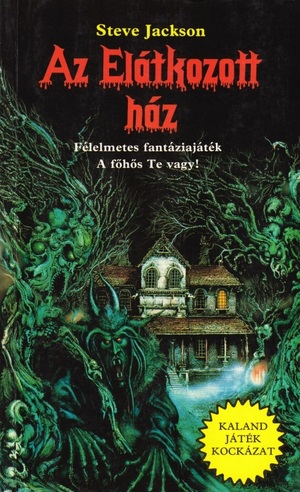