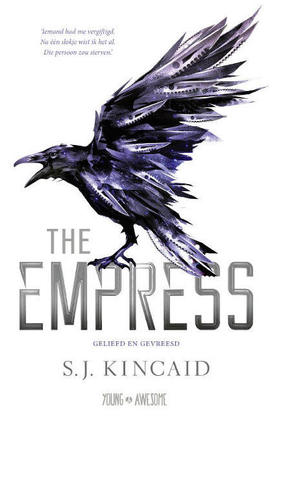 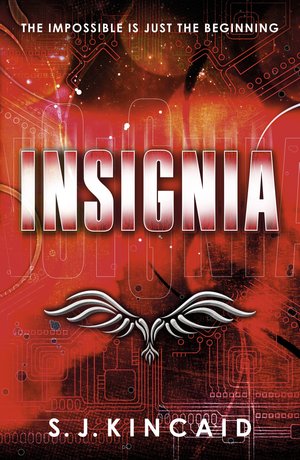 S. J. Kincaid - Insignia
IT'S ​WORLD WAR III. THE ENEMY IS WINNING. WHAT IF THE GOVERNMENT'S SECRET WEAPON IS YOU? More than anything, Tom Raines wants to be important, though his shadowy life is anything but that. For years, Tom’s drifted from casino to casino with his unlucky gambler of a dad, gaming for their survival. Keeping a roof over their heads depends on a careful combination of skill, luck, con artistry, and staying invisible. Then one day, Tom stops being invisible. Someone’s been watching his virtual-reality prowess, and he’s offered the incredible—a place at the Pentagonal Spire, an elite military academy. There, Tom’s instincts for combat will be put to the test, and if he passes, he’ll become a member of the Intrasolar Forces, helping to lead his country to victory in World War Three. Finally, he’ll be someone important: a superhuman war machine with the tech skills that every virtual-reality warrior dreams of. Life at the Spire holds everything that Tom’s always wanted—friends, the possibility of a girlfriend, and a life where his every action matters—but what will it cost him? Gripping and provocative, S. J. Kincaid’s futuristic thrill ride of a debut crackles with memorable characters, tremendous wit, and a vision of the future that asks startling, timely questions about the melding of humanity and technology. 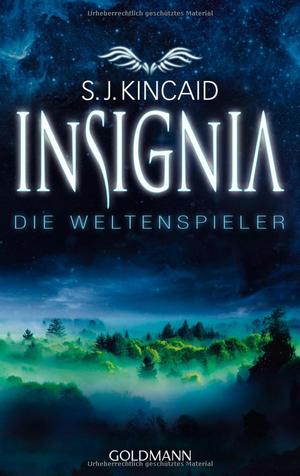 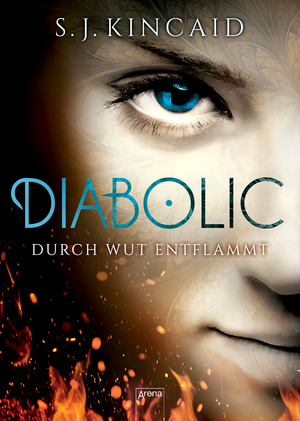 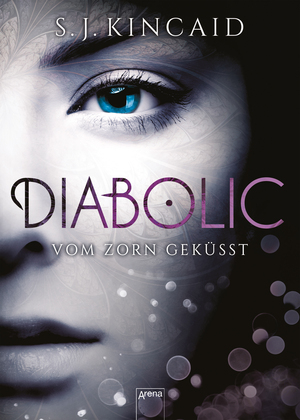 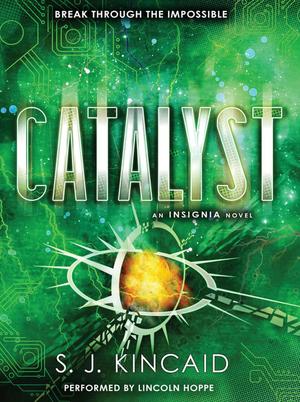 S. J. Kincaid - Catalyst
Tom ​Raines is about to break through the impossible... Tom Raines and his friends return to the Pentagonal Spire for a new year, eager to continue their training for the elite Intrasolar Forces. But they soon discover troubling changes. Strict new regulations, suspicious agents in positions of power and the revelation that the Spire is under military control. The trainees are now cadets. What begins as an irritating adjustment soon reveals a dangerous shift in reality. Those in control have a ruthless agenda. And when the military academy begins welcoming suspicious new cadets, they reveal a plan with horrifying worldwide ramifications. Tom is desperate to stop it, and it seems he is not alone. But when the enemy comes for Tom, how much can he endure in the battle to save himself? In this exhilarating, explosive and heart-rending conclusion to the INSIGNIA trilogy, CATALYST puts Tom and his intelligent, passionate and brave young friends through stunning tests, dangerous confrontations and into an impossible future they could never have predicted. 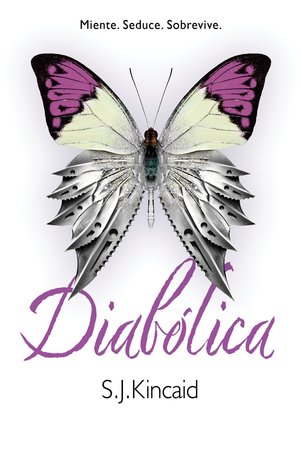 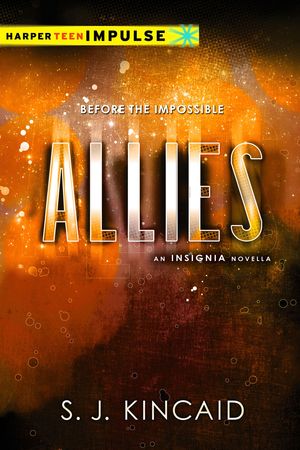 S. J. Kincaid - Allies
In ​S. J. Kincaid’s fast-paced and humorous sci-fi Insignia trilogy, the earth is in the middle of World War III when teen gamer Tom Raines is recruited to train with other young cadets as a pivotal member of the elite combat corps, the Intrasolar Forces. At the Pentagonal Spire’s training academy, he makes the best friends of his life—fellow government weapons-in-training Wyatt Enslow, Vik Ashwan, and Yuri Sysevich. In this 47-page prequel novella to the series, budding genius Wyatt Enslow—intensely loyal and hyperintelligent if occasionally, hilariously, socially awkward—takes center stage as S. J. Kincaid reveals Wyatt’s life before she found her place, and her own inner strength, among her devoted band of friends at the Spire. 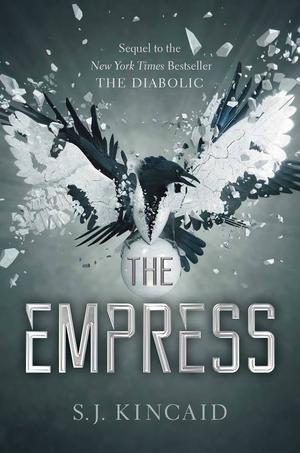 S. J. Kincaid - The ​Empress
The ​thrilling sequel to S.J. Kincaid’s New York Times bestselling novel, The Diabolic that TeenVogue.com called “the perfect kind of high-pressure adventure.” It’s a new day in the Empire. Tyrus has ascended to the throne with Nemesis by his side and now they can find a new way forward—one where they don’t have to hide or scheme or kill. One where creatures like Nemesis will be given worth and recognition, where science and information can be shared with everyone and not just the elite. But having power isn’t the same thing as keeping it, and change isn’t always welcome. The ruling class, the Grandiloquy, has held control over planets and systems for centuries—and they are plotting to stop this teenage Emperor and Nemesis, who is considered nothing more than a creature and certainly not worthy of being Empress. Nemesis will protect Tyrus at any cost. He is the love of her life, and they are partners in this new beginning. But she cannot protect him by being the killing machine she once was. She will have to prove the humanity that she’s found inside herself to the whole Empire—or she and Tyrus may lose more than just the throne. But if proving her humanity means that she and Tyrus must do inhuman things, is the fight worth the cost of winning it? 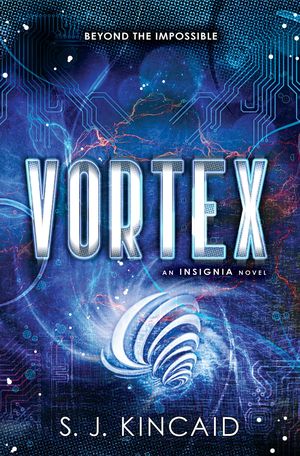 S. J. Kincaid - Vortex
Tom ​is back for more action-packed adventure! Now in his second year as a superhuman cadet-in-training, Tom's been promoted to a mid-level member of the elite training corps known as Camelot Company, or CamCo. As training intensifies and the moment arrives to impress the multinational corporations who will make or break the cadets' careers, Tom finds himself drawn into a power struggle that's more dramatic - and with far higher stakes - than anything he ever imagined. There are nefarious new enemies to outwit, old friendships that take on new faces, a romance that Tom is encouraged to betray, and an increasing desire on Tom's behalf to demand nothing less than 'justice for all' - even if he sabotages his own future in the process. But what will his idealism cost? Filled with camaraderie, wit, action and intelligence, the second book in S. J. Kincaid's futuristic trilogy continues to explore fascinating and timely questions about power, politics, technology, loyalty and friendship. 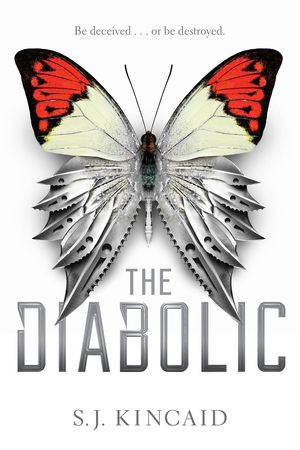 S. J. Kincaid - The ​Diabolic
Red ​Queen meets The Hunger Games in this epic novel about what happens when the galaxy’s most deadly weapon masquerades as a senator’s daughter and a hostage of the galactic court. A Diabolic is ruthless. A Diabolic is powerful. A Diabolic has a single task: Kill in order to protect the person you’ve been created for. Nemesis is a Diabolic, a humanoid teenager created to protect a galactic senator’s daughter, Sidonia. The two have grown up side by side, but are in no way sisters. Nemesis is expected to give her life for Sidonia, and she would do so gladly. She would also take as many lives as necessary to keep Sidonia safe. When the power-mad Emperor learns Sidonia’s father is participating in a rebellion, he summons Sidonia to the Galactic court. She is to serve as a hostage. Now, there is only one way for Nemesis to protect Sidonia. She must become her. Nemesis travels to the court disguised as Sidonia—a killing machine masquerading in a world of corrupt politicians and two-faced senators’ children. It’s a nest of vipers with threats on every side, but Nemesis must keep her true abilities a secret or risk everything. As the Empire begins to fracture and rebellion looms closer, Nemesis learns there is something more to her than just deadly force. She finds a humanity truer than what she encounters from most humans. Amidst all the danger, action, and intrigue, her humanity just might be the thing that saves her life—and the empire. 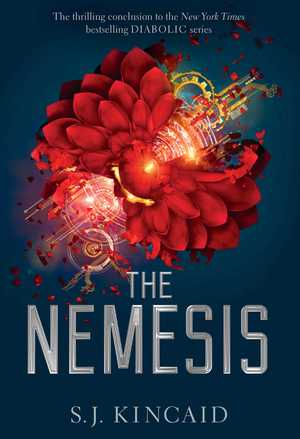 S. J. Kincaid - The ​Nemesis
In ​the heart-pounding conclusion to the New York Times bestselling Diabolic series, the Empire teeters on the edge of destruction as rumors spread that Nemesis is still alive. Three years ago, Tyrus Domitrian shocked the universe by killing the woman he swore to love forever. The woman for whom he upended the Empire. The woman with whom he wanted to build a new, and brighter, future. Now, the once-idealistic heir apparent has become the cruel Emperor Tyrus, wielding his authority with an iron fist, capable of destroying galaxies with a single word, controlling all technology with a simple thought. He has bent the Grandiolquy to their knees, and none have the power to stand against him. But there is a muttering among the Excess. They say that Nemesis is not truly gone. They mutter of her shadow spotted in distant galaxies. They say that Nemesis lives. That she will rise, and rally the people to topple man who was once her truest love&;and is now her fiercest enemy. 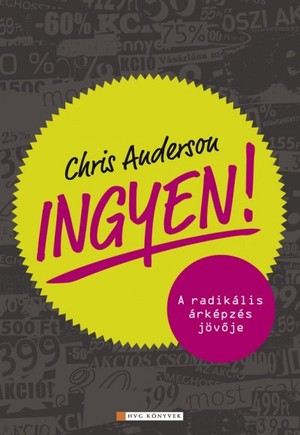