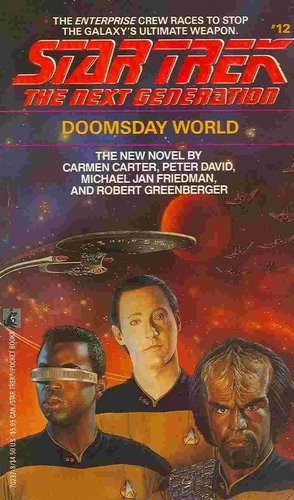 Carmen Carter - Peter David - Michael Jan Friedman - Robert Greenberger - Doomsday ​World
The ​planet Kirlos – an artificial world built by a mysterious long-dead race called the Ariantu. Kirlos is now home to many races from both the Federation and the K'vin Hegemony, who have enjoyed years of peaceful co-existence and profitable trade. The planet also hold a wealth of undiscovered archaeological treasures, which the USS Enterprise-D and its crew are dispatched to help uncover. Sent to the surface to assist an archaeological team, Geordi, Data, and Worf soon find themselves cut off from the Enterprise – and the prime suspects in a series of terrorist attacks. The three Enterprise crewmen are imprisoned, relations between the K'vin and the Federation begin to crumble, and Kirlos' ancient underground machinery awakens from a centuries long dormancy, primed to release the most powerful destructive force ever known. 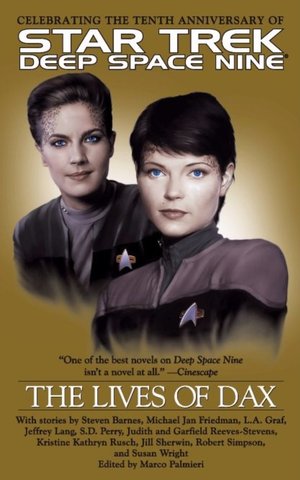 Steven Barnes - Michael Jan Friedman - L. A. Graf - Jeffrey Lang - S. D. Perry - Kristine Kathryn Rusch - Jill Sherwin - Robert Simpson - Susan Wright - Judith Reeves-Stevens - Garfield Reeves-Stevens - The ​Lives of Dax
Nine ​stories by top SF authors view the whole of Star Trek history through one special character's eyes. One of the most popular and compelling Star Trek characters ever created, Dax is a wormlike being who is joined body and soul to a succession of humanoid hosts. Each life is different, each body is different, each personality is different, but all of them are Dax. At one time or another Dax has been male, female, a Starfleet officer, a statesman, a scientist, and ambassador, even a serial killer. The symbiont's humanoid hosts have included Curzon, friend of Klingons, and Jadzia, science officer on Deep Space Nine and latterly wife of Worf. The most recent incarnation is Ezri Dax, station counsellor on Deep Space Nine. Designed to appeal to fans of every version of Star Trek, the stories in The Lives of Dax each show a different host's adventure - nine incredible lives stretched out over 357 years of Star Trek history. The stories are rich with different aliens, planets, battles, personal struggles, surprising revelations, and guest stars galore. 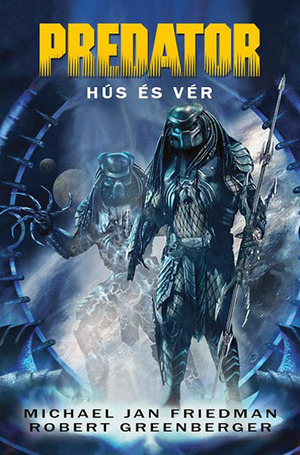 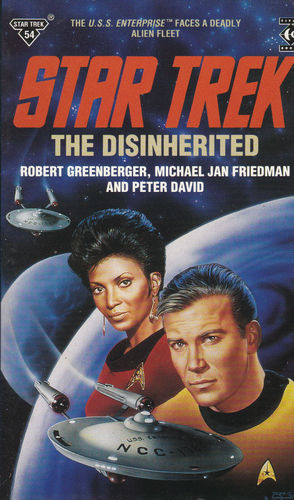 Peter David - Michael Jan Friedman - Robert Greenberger - The ​Disinherited
Gamma ​Xaridian – a peaceful Federation research colony that becomes the third Federation world to suffer a brutal attack at the hands of a mysterious alien fleet. With Lt. Uhura gone on an important mission of her own, Captain Kirk and the USS Enterprise are dispatched to investigate the attacks, only to find the planets completely devastated. When another nearby colony is attacked, the USS Enterprise is ready and encounters a fleet of quick, small and deadly ships. Though Kirk and his crew manage to turn the raiders away, the USS Enterprise is severely damaged and the aliens escape. As Kirk and his crew prepare for their next encounter with the raiders, Mr. Spock makes a startling discovery about the purpose behind the alien attacks – a purpose that, if realized, could have deadly consequences for the Federation and the USS Enterprise… 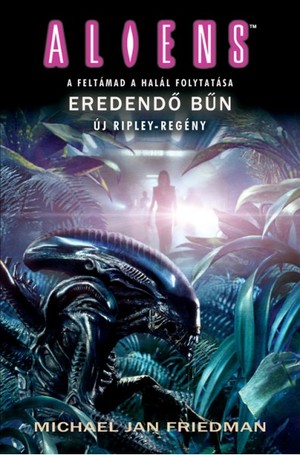 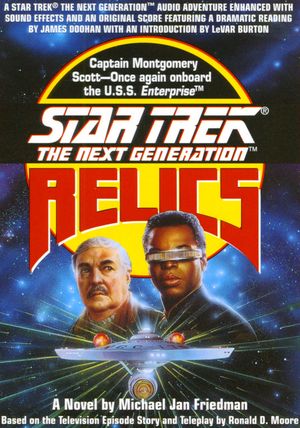 Michael Jan Friedman - Relics
The ​U.S.S. Enterprise discovers the wreckage of a starship upon the monstrous surface of a Dyson sphere, an artificially-constructed habitat built around a star; and preserved in a weak transporter pattern is Starfleet engineering legend Montgomery "Scotty" Scott. Mr. Scott boards the Enterprise to find himself lost in a world that he barely recognizes, a world that has passed him by. But soon the Enterprise finds itself trapped within the Dyson sphere and pulled into the star, and Scotty must work with Lt. Geordi La Forge to rescue the Enterprise. 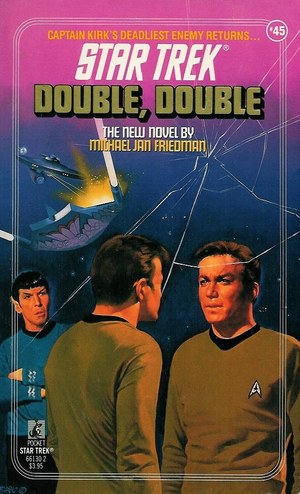 Michael Jan Friedman - Double, ​Double
On ​a routine exploratory mission, the Starship U.S.S. Hood picks up a distress signal from a research expedition thought lost long ago -- the expedition of Dr. Roger Korby, one of the centuries' greatest scientific minds. Korby himself is dead, it seems, but his colleagues have made a most incredible discover -- a discovery they insist the Hood's captain see for himself. Reluctantly, the captain agrees to beam down... Meanwhile, the crew of the U.S.S. Enterprise™ begins long-overdue shore leave on Tranquility Seven. James T. Kirk is looking forward to a few days of rest and relaxation....until what seems like a bizarre case of mistaken identity plunges Kirk into a whirlpool of mayhem and murder. And puts an inhuman stranger with his memories and anilities in command of the Enterprise. 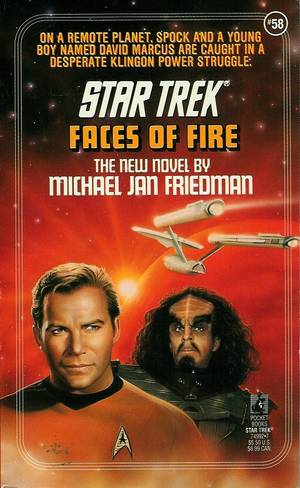 Michael Jan Friedman - Faces ​of Fire
En ​route to Alpha Malurian Six to settle a dispute between two religions, the U.S.S. Enterprise first stops to do a routine check on the progress of a terraforming colony on Beta Canzandia Three, a colony whose inhabitants include Carol and David Marcus. Spock is left behind at the terraforming colony to continue his scientific studies and the rest of the crew heads to Alpha Malurian Six to find the dispute has turned to war. As Kirk, McCoy, and Scotty search for a solution to end the conflict, a ship piloted by a Klingon faction arrives at the terraforming colony to take control of the facility. When colonists are imprisoned, and Spock and David must defeat the Klingons or face certain death. 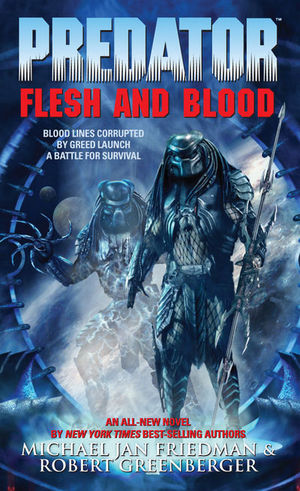 Michael Jan Friedman - Robert Greenberger - Predator ​- Flesh and Blood
In ​1987, the first Predator movie was released, garnering an Oscar, huge audiences and an instantly loyal fan base. Five years later came the first of the best-selling Predator novels. What accounted for the success of the series? It combined seemingly disparate genres - science fiction, action and horror - with unforgettable characters for a fresh experience. In this novel by New York Times bestsellers, Michael Friedman and frequent writing partner Robert Greenberger, humans have all but destroyed the earth, creating an opportunity for unscrupulous moneymakers to take advantage of the destruction. One family, the Ciejek clan, have made their fortune exploiting Earth's misfortunes. But with power comes corruption. The members of the Ciejek clan are at each other's throats, enlisting the help of the fearsome Predators to settle the score. When the Predators arrive, however, the brutality they unleash is far beyond what the Ciejek family could have imagined.

Peter David - Michael Jan Friedman - Robert Greenberger - Wrath ​of the Prophets
When ​a fatal disease spreads over Bajor, threatening the entire planet with extinction, Captain Sisko must accept aid from an unexpected source: Ro Laren, Starfleet officer turned Maquis renegade. Major Kira and Ro reluctantly join forces to track the alien plague to its source – even as the disease claims new victims on Deep Space 9 itself. Dr. Bashir struggles to find a cure, but the secret of the virulent invader may hide deep in the shadows of Dax's past.