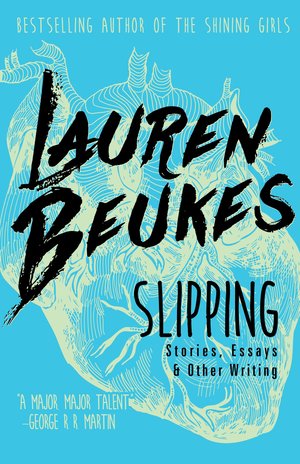 Lauren Beukes - Slipping
In ​her edgy, satiric debut collection, award-winning South African journalist and author Lauren Beukes (The Shining Girls, Moxyland) never holds back. Nothing is simple and everything is perilous when humans are involved: corruption, greed, and even love (of a sort). A permanent corporate branding gives a young woman enhanced physical abilities and a nearly-constant high Recruits lifted out of poverty find a far worse fate collecting biohazardous plants on an inhospitable world The only adult survivor of the apocalypse decides he will be the savior of teenagers; the teenagers are not amused. From Johannesburg to outer space, these previously uncollected tales are a compelling, dark, and slippery ride. 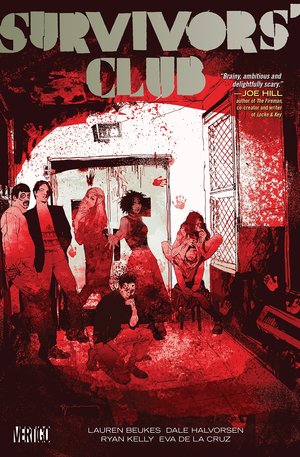 Lauren Beukes - Survivors' ​Club
One ​was possessed by a poltergeist. Another was trapped in a haunted house. A third had a killer doll. Ever wonder what happened to these children of the 1980s? Find out in SURVIVORS CLUB, a new series cowritten by renowned horror novelist Lauren Beukes and award-winning cover designer and illustrator Dale Halverson, with art by Ryan Kelly (NORTHLANDERS). Having found each other over the internet, six grown-up survivors are drawn together by the horrors they experienced in 1987 when a rash of occult events occurred around the world--with fatal results. Now, there are indications that it may be happening all over again. Is it possible that these six aren't just survivors--but were chosen for their fates? Collects SURVIVORS' CLUB #1-9. 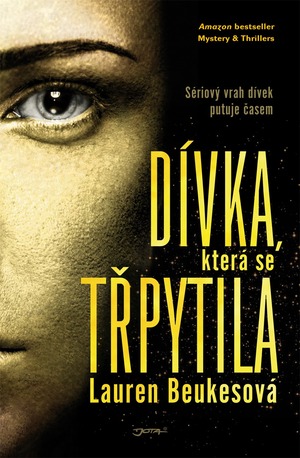 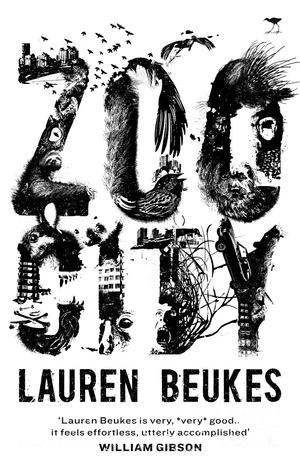 Lauren Beukes - Zoo ​City (angol)
WHERE ​NO ONE ELSE DARE VENTURE… Zinzi has a Sloth on her back, a dirty online 419 scam habit – and a talent for finding lost things. But when her latest client, a little old lady, turns up dead and the cops confiscate her lastpaycheck, she’s forced to take on her least favourite kind of job: missing persons An astonishing second novel from the author of the highly-acclaimed Moxyland.

Lauren Beukes - Motherland
This ​is America, but not like you know it. Years after the decimation of the male population by a super-virus, the country has refashioned itself with new laws, new customs, and new methods of shame and punishment. Now, hiding a living and healthy male is one of the gravest offenses, rivaled only by the murder of a man. Cole is a mother on the run, guilty of both crimes, and desperate to find a safe life for her adolescent boy Miles. As the two drift throughout the transformed states of the West, they hide Miles' identity while evading a mysterious, powerful man bent on justice. From a commune in the Rockies to a high security laboratory in the redwoods of northern California, the two tensely negotiate an existence on the fringes of a new America. Cole's goal for her son and herself is escape, a family in South Africa, a slim chance at a better life. Mother and child see their chance, at last, in the wanderings and secret goals of a cult--if only Cole can keep Miles' true self hidden, and as long as they can stay one step ahead of an ex-boyfriend from hell. A brilliant blend of psychological suspense, American noir, and trenchant science fiction, MOTHERLAND is the story that Lauren Beukes' myriad fans have been waiting for. 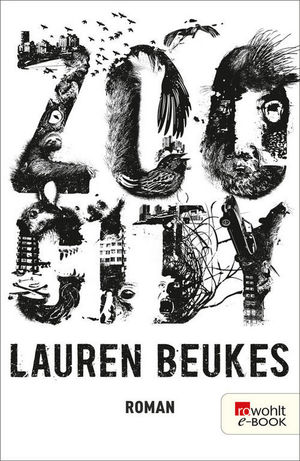 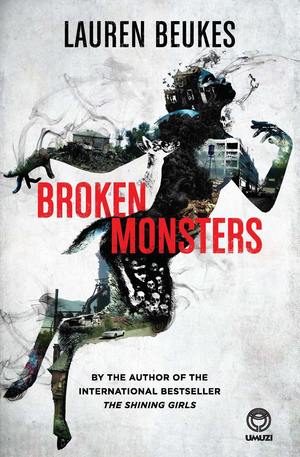 Lauren Beukes - Broken ​Monsters
In ​the city that’s become a symbol for the death of the American dream, a nightmare killer is unravelling reality. The new thriller from Lauren Beukes, author of The Shining Girls. Broken city, broken dreams In Detroit, violent death – along with foreclosure and despair – is a regular occurrence. But the part-human, part-animal corpses that have started appearing are more disturbing than anything Detective Gabriella Versado has ever seen. As Gabriella works the case, her teenage daughter Layla embarks on a secret crime-fighting project of her own – hunting down online paedophiles – but it all goes horribly wrong… TK has learned how to make being homeless work for him and his friends, but something evil is threatening the fragile world he’s constructed on the streets… Ambitious blogger Jonno is getting desperate. The big four-oh isn’t that far away, and he’s still struggling to make his mark. But then he stumbles across some unusual and macabre art, which might just be the break he needs to go viral… Broken Monsters lays bare the decaying corpse of the American Dream, and asks what we’d be prepared to do for fifteen minutes of fame, especially in an online world. 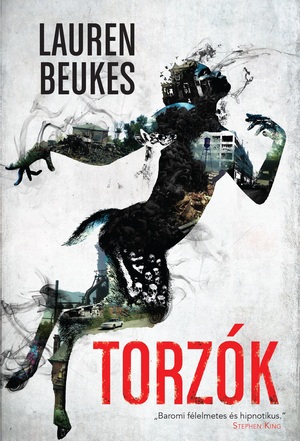 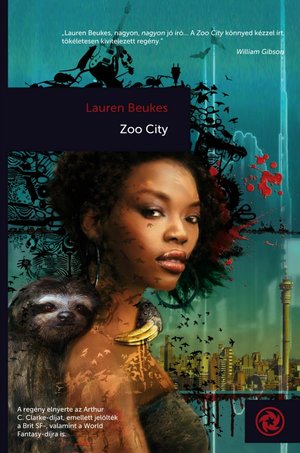 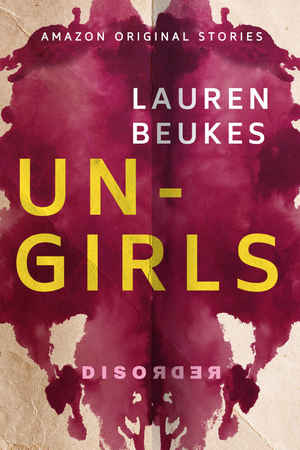 Lauren Beukes - Ungirls
In ​the near future, lab-grown sex dolls are the pleasure toy of choice in this disturbing and provocative short story from Lauren Beukes, the bestselling author of The Shining Girls. Actor and sex worker Nats is experienced at putting on a show. However, her new gig supplying intimate whispers for growgirls takes her to a place darker and lonelier than she could have ever imagined. The lab-grown dolls can respond to pleasure or pain; their synthetic heads contain only the simplest AI to prevent any pesky robo sex doll uprisings. But just because growgirls don’t have a brain, doesn’t mean they don’t have a voice… 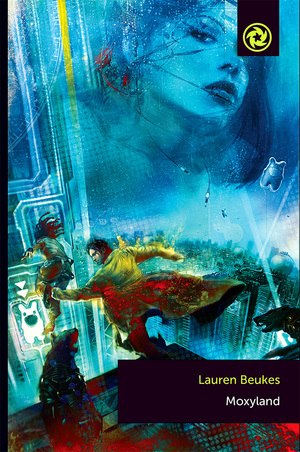 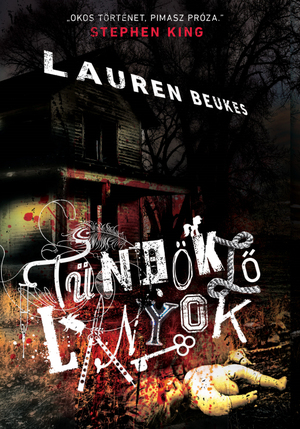 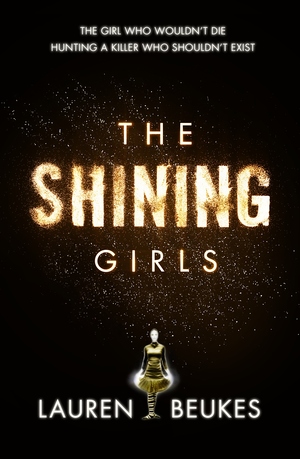 Lauren Beukes - The ​Shining Girls
The ​Time Traveler's Wife meets The Girl With the Dragon Tattoo in this story of a time-traveling serial killer who is impossible to trace--until one of his victims survives. In Depression-era Chicago, Harper Curtis finds a key to a house that opens on to other times. But it comes at a cost. He has to kill the shining girls: bright young women, burning with potential. He stalks them through their lives across different eras until, in 1989, one of his victims, Kirby Mazrachi, survives and starts hunting him back. Working with an ex-homicide reporter who is falling for her, Kirby has to unravel an impossible mystery. THE SHINING GIRLS is a masterful twist on the classic serial killer tale: a violent quantum leap featuring a memorable and appealing girl in pursuit of a deadly crimina. 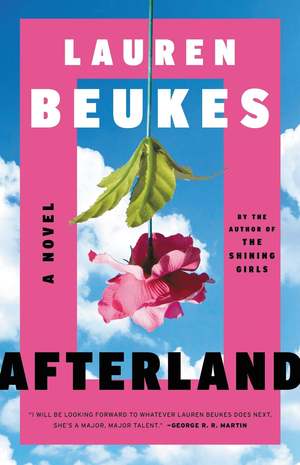 Lauren Beukes - Afterland
Blade ​Runner meets The Handmaid's Tale in this thrilling story of how far a mother will go to protect her son in a hostile world transformed by the sudden absence of men. Cole and her twelve-year-old, Miles, are on the lam. Fleeing across the American West, they're desperate to find a safe haven. Until they do, they must maintain their disguise--as mother and daughter. Because Miles, a boy, is the most valuable commodity in the world. Within just a few, horrifying years, ninety-nine percent of the global male population has died in a pandemic. Now, women run everything, from neighborhood bars to police departments to research programs searching for a way to keep the human race going. Stealthily and swiftly carving a trail from luxury bunker to anarchist commune to nomadic religious cult, Miles and Cole will need all their cunning, planning, and luck to outmaneuver the very bad, very dangerous people who are hot on their heels-among them, Cole's own sister. A brilliant blend of psychological suspense, American noir, and trenchant science-fiction, Afterland is the high-concept feminist thriller that Lauren Beukes's fans have been waiting for. 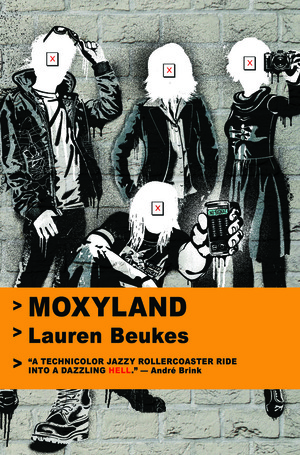 Lauren Beukes - Moxyland ​(angol)
You ​think you know what’s going on? You think you know who’s really in power? You have No. Fucking. Idea. Moxyland is an ultra-smart thriller about technological progress, and the freedoms it removes. In the near future, four hip young things live in a world where your online identity is at least as important as your physical one. Getting disconnected is a punishment worse than imprisonment, but someone’s got to stand up to government inc., whatever the cost. A stunning first novel from critically acclaimed South African author Lauren Beukes, Moxyland takes its cues from Cory Doctorow and Charles Stross… and kicks their ass. 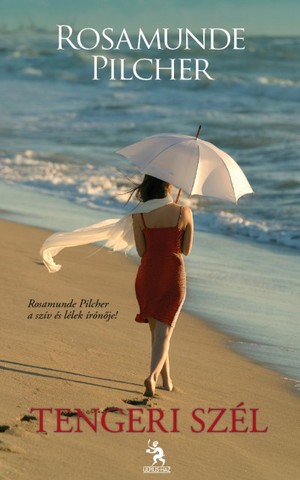