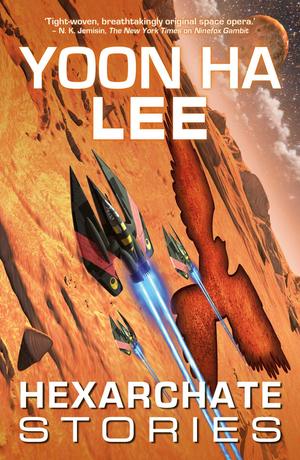 Yoon Ha Lee - Hexarchate ​Stories
The ​essential short story collection set in the universe of Ninefox Gambit. An ex-Kel art thief has to save the world from a galaxy-shattering prototype weapon... A general outnumbered eight-to-one must outsmart his opponent... A renegade returns from seclusion to bury an old comrade... From the incredible imagination of Hugo- and Arthur C. Clarke-nominated author Yoon Ha Lee comes a collection of stories set in the world of the best-selling Ninefox Gambit. Showcasing Lee’s extraordinary imagination, this collection takes you to the very beginnings of the hexarchate’s history and reveals new never-before-seen stories. 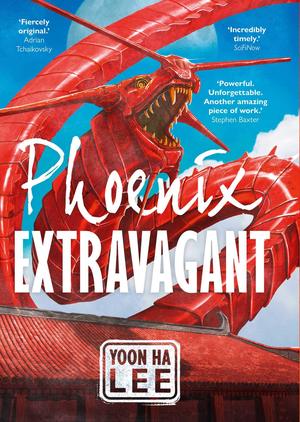 Yoon Ha Lee - Phoenix ​Extravagant
The ​new blockbuster original fantasy work from Nebula, Hugo and Clarke award nominated author Yoon Ha Lee! Dragons. Art. Revolution. Gyen Jebi isn’t a fighter or a subversive. They just want to paint. One day they’re jobless and desperate; the next, Jebi finds themself recruited by the Ministry of Armor to paint the mystical sigils that animate the occupying government’s automaton soldiers. But when Jebi discovers the depths of the Razanei government’s horrifying crimes—and the awful source of the magical pigments they use—they find they can no longer stay out of politics. What they can do is steal Arazi, the ministry’s mighty dragon automaton, and find a way to fight… 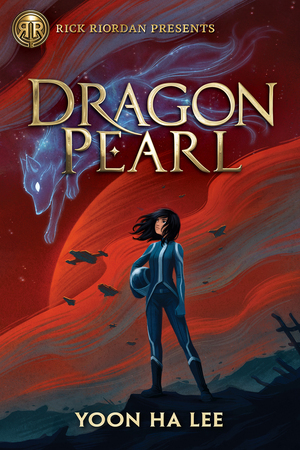 Yoon Ha Lee - Dragon ​Pearl
"Fans ​of Rick Riordan will enjoy this new science-fiction space opera about a 13-year old girl descended from a long line of fox spirits, who goes on a quest to find her missing brother. An action-packed blend of fantasy and Korean mythology. " - Seira Wilson, Amazon Editor Rick Riordan Presents Yoon Ha Lee's space opera about thirteen-year-old Min, who comes from a long line of fox spirits. But you'd never know it by looking at her. To keep the family safe, Min's mother insists that none of them use any fox-magic, such as Charm or shape-shifting. They must appear human at all times. Min feels hemmed in by the household rules and resents the endless chores, the cousins who crowd her, and the aunties who judge her. She would like nothing more than to escape Jinju, her neglected, dust-ridden, and impoverished planet. She's counting the days until she can follow her older brother, Jun, into the Space Forces and see more of the Thousand Worlds. When word arrives that Jun is suspected of leaving his post to go in search of the Dragon Pearl, Min knows that something is wrong. Jun would never desert his battle cruiser, even for a mystical object rumored to have tremendous power. She decides to run away to find him and clear his name. Min's quest will have her meeting gamblers, pirates, and vengeful ghosts. It will involve deception, lies, and sabotage. She will be forced to use more fox-magic than ever before, and to rely on all of her cleverness and bravery. The outcome may not be what she had hoped, but it has the potential to exceed her wildest dreams. This sci-fi adventure with the underpinnings of Korean mythology will transport you to a world far beyond your imagination. 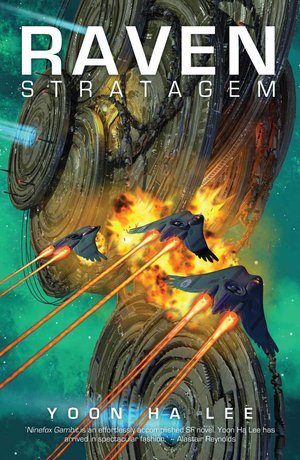 Yoon Ha Lee - Raven ​Stratagem
Captain ​Kel Cheris is possessed by a long-dead traitor general. Together they must face the rivalries of the hexarchate and a potentially devastating invasion. When the hexarchate's gifted young captain Kel Cheris summoned the ghost of the long-dead General Shuos Jedao to help her put down a rebellion, she didn't reckon on his breaking free of centuries of imprisonment – and possessing her. Even worse, the enemy Hafn are invading, and Jedao takes over General Kel Khiruev's fleet, which was tasked with stopping them. Only one of Khiruev's subordinates, Lieutenant Colonel Kel Brezan, seems to be able to resist the influence of the brilliant but psychotic Jedao. Jedao claims to be interested in defending the hexarchate, but can Khiruev or Brezan trust him? For that matter, will the hexarchate's masters wipe out the entire fleet to destroy the rogue general? 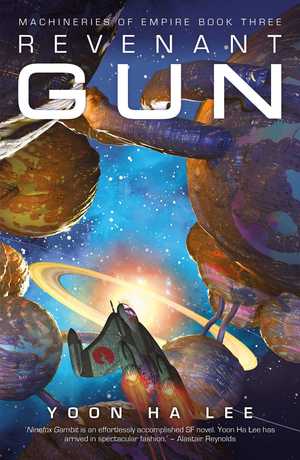 Yoon Ha Lee - Revenant ​Gun
When ​Shuos Jedao wakes up for the first time, several things go wrong. His few memories tell him that he's a seventeen-year-old cadet--but his body belongs to a man decades older. Hexarch Nirai Kujen orders Jedao to reconquer the fractured hexarchate on his behalf even though Jedao has no memory of ever being a soldier, let alone a general. Surely a knack for video games doesn't qualify you to take charge of an army? Soon Jedao learns the situation is even worse. The Kel soldiers under his command may be compelled to obey him, but they hate him thanks to a massacre he can't remember committing. Kujen's friendliness can't hide the fact that he's a tyrant. And what's worse, Jedao and Kujen are being hunted by an enemy who knows more about Jedao and his crimes than he does himself... 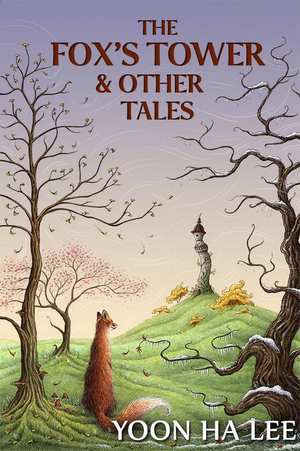 The ​Fox's Tower and Other Tales Yoon Ha Lee
0

Yoon Ha Lee - The ​Fox's Tower and Other Tales
Science-minded ​fox spirits, tiger wives, books that can be read by anyone but their owner—these and more appear in Yoon Ha Lee's flash fairy tales. Previously available online, they have now been collected in this volume along with four new stories and an introduction by the author. 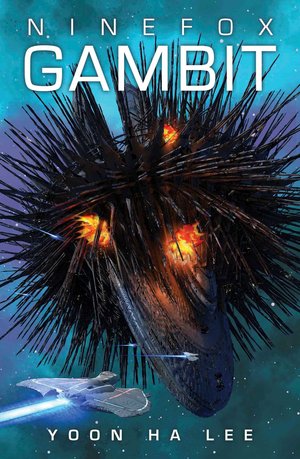 Yoon Ha Lee - Ninefox ​Gambit
The ​first installment of the trilogy, Ninefox Gambit, centers on disgraced captain Kel Cheris, who must recapture the formidable Fortress of Scattered Needles in order to redeem herself in front of the Hexarchate. _To win an impossible war Captain Kel Cheris must awaken an ancient weapon and a despised traitor general._ Captain Kel Cheris of the hexarchate is disgraced for using unconventional methods in a battle against heretics. Kel Command gives her the opportunity to redeem herself by retaking the Fortress of Scattered Needles, a star fortress that has recently been captured by heretics. Cheris’s career isn’t the only thing at stake. If the fortress falls, the hexarchate itself might be next. Cheris’s best hope is to ally with the undead tactician Shuos Jedao. The good news is that Jedao has never lost a battle, and he may be the only one who can figure out how to successfully besiege the fortress. The bad news is that Jedao went mad in his first life and massacred two armies, one of them his own. As the siege wears on, Cheris must decide how far she can trust Jedao–because she might be his next victim. 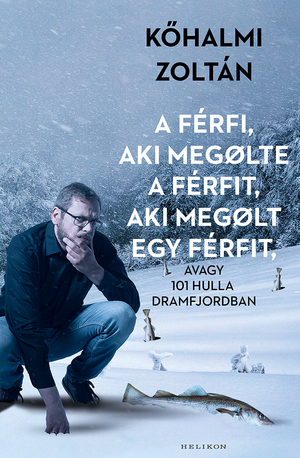