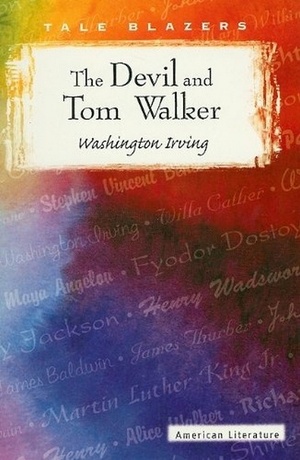 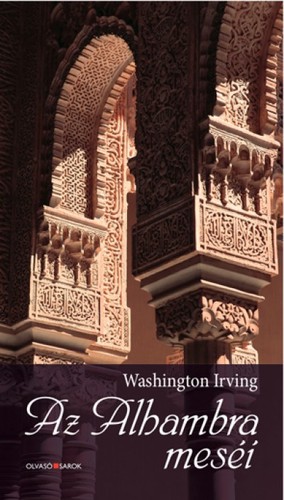 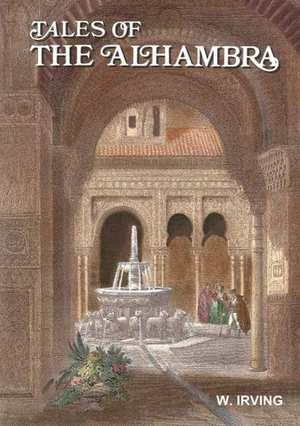 Tales ​of the Alhambra Washington Irving
0

Washington Irving - Tales ​of the Alhambra
For ​a while, the famous writer Irving Washington was an employee of the American diplomatic mission in Spain. He spent three months in the famous Alhambra Palace. This acquaintance with the historical relic inspired him to write this book. In addition to historical descriptions and essays the book contains many magnificent legends that have become loved by millions of readers. By the way, Irving's work is still called the Alhambra guidebook. 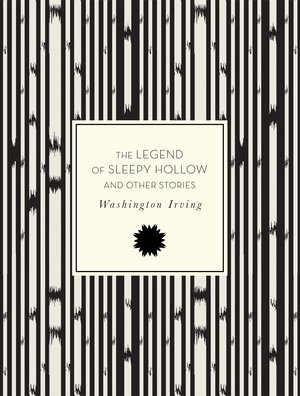 The ​Legend of Sleepy Hollow and Other Stories Washington Irving
0

Washington Irving - The ​Legend of Sleepy Hollow and Other Stories
Washington ​Irving's delightful miscellany of essays, sketches, and tales When Washington Irving's _Sketch Book_ appeared in 1819, readers in America and abroad greeted it with enthusiasm, and Irving emerged as America's first successful professional author. The pieces about life in England are gently ironic, reflecting the author's interest in the traditions of the Old World and his longings for his home in the New. But it is in "Rip Van Winkle" and "The Legend of Sleepy Hollow" that Irving exhibits his true strength - the ability to depict American landscapes and culture so vividly that readers feel themselves a part of them. And it is on the basis of these two classic tales that Irving is generally credited with inventing the short story as a distinct literary genre. 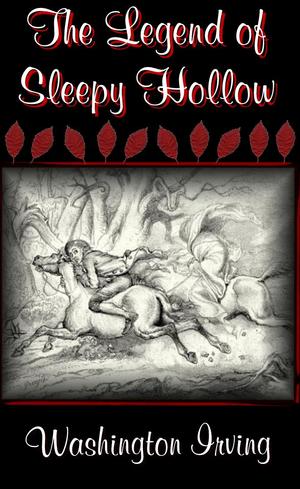 Washington Irving - The ​Legend of Sleepy Hollow
Headless ​horsemen were staples of Northern European storytelling, featuring in German, Irish (e.g. Dullahan), Scandinavian (e.g. the Wild Hunt) and English legends and were included in Robert Burns’s “Tam o’ Shanter” (1790), and Bürger’s Der wilde Jäger, translated as The Wild Huntsman (1796). Usually viewed as omens of ill-fortune for those who chose to disregard their apparitions, these specters found their victims in proud, scheming persons and characters with hubris and arrogance. The chief part of the stories, however, turned upon the favorite specter of Sleepy Hollow, the Headless Horseman, who had been heard several times of late, patrolling the country; and, it was said, tethered his horse nightly among the graves in the churchyard. The story was immediately matched by a thrice marvelous adventure of Brom Bones, who made light of the Galloping Hessian as an arrant jockey. He affirmed that on returning one night from the neighboring village of Sing Sing, he had been overtaken by this midnight trooper; that he had offered to race with him for a bowl of punch and should have won it too, for Daredevil beat the goblin horse all hollow, but just as they came to the church bridge, the Hessian bolted, and vanished in a flash of fire. All these tales, told in that drowsy undertone with which men talk in the dark, the countenances of the listeners only now and then receiving a casual gleam from the glare of a pipe, sank deep in the mind of Ichabod. 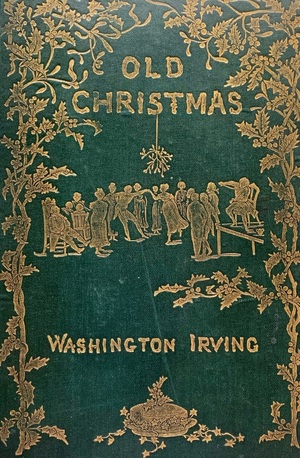 Washington Irving - Old ​Christmas
This ​book, published in 1886 and illustrated by Randolph Caldecott, chronicles the American writer Washington Irving's nostalgic recollections of Christmas traditions in 19th century England. The text first appeared in 1819 in Irving's Sketchbook of Geoffrey Crayon, Gent., which also contained such classics as "Rip van Winkle" and "The Legend of Sleepy Hollow." 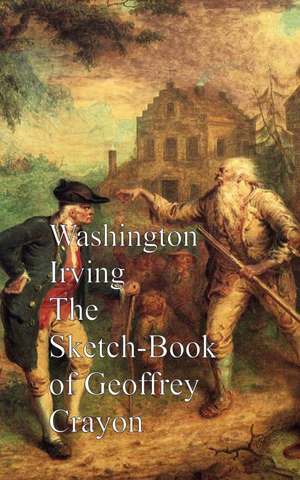 Washington Irving - The ​Sketch Book
Published ​in 1820, Washington Irving's celebrated Sketch Book has proved as enduring as the enchanted Kaatskill Mountains he immortalized. From these masterpieces in miniature have emerged such universal figures of American fiction and fantasy as rip Van Winkle, Ichabod crane, ant the Headless Horseman of Sleepy hollow. Sage, storyteller, wit, Washington Irving touched on many subjects and treated each with master's hand. Included in his volume are tales of romance, vignettes on bygone English customs, travel pictures, reflections on historic landmarks, essays on the American Indian, biographical discourses, and literary musings. Fresh in theme, bewitching in style, and superb in craftsmanship, his stories earned Washington Irving his place as father of American literature. Thackeray called Washington Irving "the first ambassador whom the New World of Letters sent to the Old." 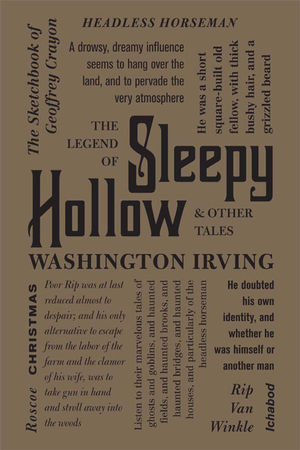 The ​Legend of Sleepy Hollow and Other Tales Washington Irving
0

Washington Irving - The ​Legend of Sleepy Hollow and Other Tales
_The ​Legend of Sleepy Hollow and Other Tales_ collects the best macabre stories of Washington Irving. Blending sly humor with supernatural thrills, these tales are among the most beloved and re-read of all American fiction. In the thirteen stories gathered for this volume, Irving evokes the colorful landscapes of his Hudson Valley hometown, and conjures characters and creatures from its historical past for a unique kind of weird tale that speaks directly to America’s experience as a fledgling nation fashioning its own folk heritage. 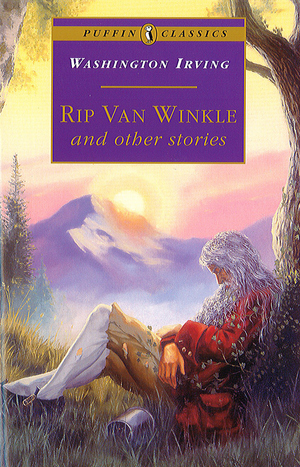 Washington Irving - Rip ​Van Winkle and other stories
Celebrated ​classic stories from the 'Father of American Literature' The legendry enchantment of Rip Van Winkle in the Kaatskill Mountains; the gruesome end of Ichabod Crane, who met the Headless Horseman of Sleepy Hollow; the Spectre Bridegroom who turned out to be happily substantial; the pride of an English village and the come-uppance of the over-zealous Mountjoy - these witty, perceptive and captivating tales range from fantasy to romance. 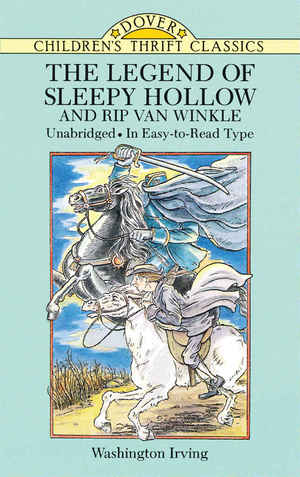 Washington Irving - The ​Legend of Sleepy Hollow / Rip Van Winkle
"Rip ​Van Winkle" is a short story first published in 1819. It follows a Dutch-American villager in colonial America named Rip Van Winkle who falls asleep in the Catskill Mountains and wakes up 20 years later, having missed the American Revolution. Irving wrote it while living in Birmingham, England, as part of the collection The Sketch Book of Geoffrey Crayon, Gent. This collection also contained "The Legend of Sleepy Hollow". This tale is among the earliest examples of American fiction with enduring popularity, especially during Halloween because of a character known as the Headless Horseman believed to be a Hessian soldier who was decapitated by a cannonball in battle. A nice edition with 70 illustrations by N. C. Wyeth and other illustrators honoring the 200th anniversary of the publication of these classic stories.

Washington Irving - The ​Legends of Sleepy Hollow / Rip Van Winkle (Macmillan Readers)
_Sleepy ​Hollow_ "The horseman's head still lies somewhere on the battlefield," the people of Sleepy Hollow said. "Every night, he rides back to the battlefield to look for it." One dark night, Ichabod Crane - the village schoolmaster - saw the Headless Horseman. Or did he? _Rip Van Winkle_ Rip Van Winkle did not like working on his farm and his wife was always angry with him. He wanted to forget his troubles for a day. So he took his dog and his gun and he walked up into the Catskill Mountains.

Washington Irving - Rip ​van Winkle / The Legend of Sleepy Hollow / Other Stories
Rip ​van Winkle is an amiable man whose home and farm suffer from his lazy neglect; a familiar figure about the village, he is loved by all except his wife. One autumn day he escapes her nagging to wander up into the mountains, and there after drinking some liquor offered to him by a band of very strange folk, he settles down under a shady tree and falls asleep. He wakes up twenty years later and returns to his village to find that not only is his wife dead but war and revolution have changed many things. He, on the other hand, although older is not appreciably wiser and soon slips back into his idle habits. 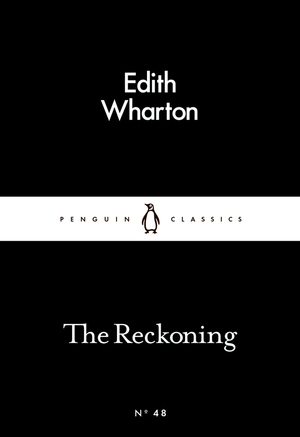 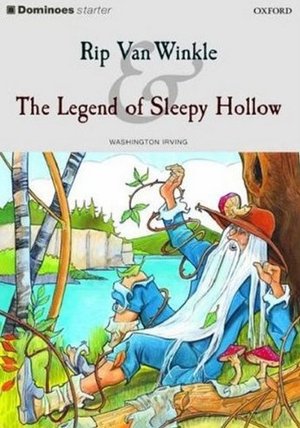 Washington Irving - Alan Hines - Rip ​Van Winkle / The Legend of Sleepy Hollow (Oxford Dominoes)
In ​the first of these stories, Rip van Winkle sleeps for over twenty years, and then wakes up to a world that he no longer understands. In the other story, Ichabod Crane, the school teacher, meets a headless rider in the middle of a dark night. These two classic tales of the supernatural by Washington Irving have been popular for nearly two hundred years.

The ​Legends of the Alhambra Washington Irving
0

Washington Irving - The ​Legends of the Alhambra
"At ​first she touched her lute with a faltering hand, but gathering confidence and animation as she proceeded, drew forth such soft aerial harmony, that all present could scarce believe it mortal. As to the monarch, who had already considered himself in the world of spirits, he set it down for some angelic melody or the music of the spheres. By degrees the theme was varied and the voice of the minstrel accompanied the instrument. She poured forth one of the legendary ballads treating of the ancient glories of the Alhambra and the achievements of the Moors. Her whole soul entered into the theme, for with the recollections of the Alhambra was associated the story of her love. The funeral chamber resounded with the animating strain. It entered into the gloomy heart of the monarch. He raised his head and gazed around: he sat up on his couch, his eye began to kindle-at length, leaping upon the floor, he called for sword and buckler. The triumph of music, or rather of the enchanted lute, was complete: the demon of melancholy was cast forth: and, as it were, a dead man brought to life. The windows of the apartment were thrown open:the glorious efulgence of Spanish sunshine burst into the late lugubrious chamber: all eyes sought the lovely enchantress, but the lute had fallen from her hand, she had sunk upon the earth, and the next moment was clasped to the bosom of Ruyz de Alarcon..." 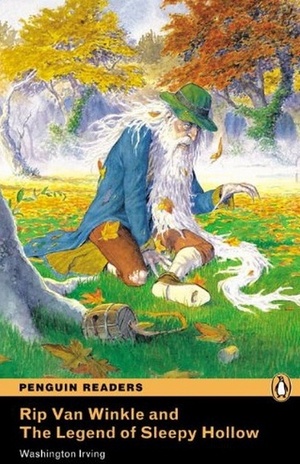 Washington Irving - Rip ​Van Winkle / The Legend of Sleepy Hollow (Penguin Readers)
Rip ​Van Winkle walks into the mountains one day and meets some strange old men. He comes home twenty years later. One dark night, Ichabod Crane is riding home and sees a man on a black horse behind him. The man has no head. Are there ghosts in these stories? What do you think?