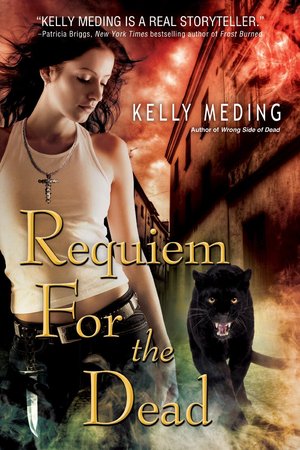 Requiem ​for the Dead Kelly Meding
0

Kelly Meding - Requiem ​for the Dead
_She's ​died twice while protecting her city…and she'd do it again to save the people she loves._ After a deadly, artificial infection forces the vampire Families into a self-imposed isolation, the city's protective Watchtower forces are depleted by one third, leaving humans and shifters to shoulder the burden. Human enforcer Evangeline Stone is determined to find a way to help her vampire allies, but she already has her hands full—investigating an escalating series of goblin attacks, dealing with her half-werewolf lover, locating three missing werewolf teenagers, and learning to trust her non-human coworkers. When a potential cure for the vampires' infection is given to her by an unlikely source, it's just as quickly stolen—collateral damage in a power play within the were-cat Clan that leaves one human ally dead and another horribly injured. With Wyatt Truman still adjusting to his new life as a half-werewolf, Phineas missing in action, and her shifter allies crippled by internal anarchy, Evy has to rely on her own strength and instincts to steal back the cure, stop a murderer, and to save the Watchtower before it's destroyed from the inside out. 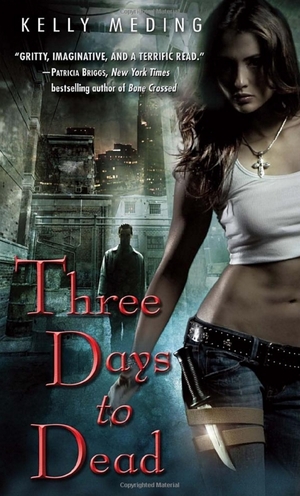 Kelly Meding - Three ​Days to Dead
They’ll ​never see her coming. . . . When Evangeline Stone wakes up naked and bruised on a cold slab at the morgue—in a stranger’s body, with no memory of who she is and how she got there—her troubles are only just beginning. Before that night she and the two other members of her Triad were the city’s star bounty hunters, mercilessly cleansing the city of the murderous creatures living in the shadows, from vampires to shape-shifters to trolls. Then something terrible happened that not only cost all three of them their lives but also convinced the city’s other Hunters that Evy was a traitor—and she can’t even remember what it was. Now she’s a fugitive, piecing together her memory, trying to deal some serious justice—and discovering that she has only three days to solve her own murder before the reincarnation spell wears off. Because in three days Evy will die again—but this time there’s no second chance. . . . 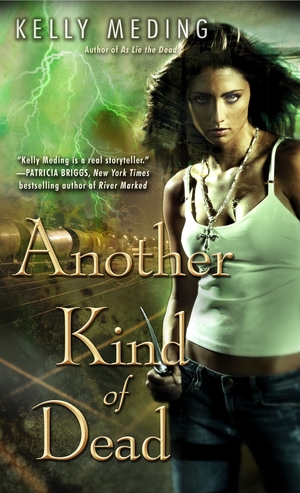 Another ​Kind of Dead Kelly Meding
0

Kelly Meding - Another ​Kind of Dead
_She ​can heal her own wounds. She can nail a monster to a wall. But there’s one danger Evangeline Stone never saw coming._ _Been there. Done that._ Evy Stone is a former Dreg Bounty Hunter who died and came back to life with some extraordinary powers. Now all but five people in the world think she is dead again, this time for good—immolated in a factory fire set specifically for her. Evy and Wyatt, her partner/lover/friend, can no longer trust their former allies, or even the highest echelons of the Triads—the army of fighters holding back from an unsuspecting public a tide of quarreling, otherworldly creatures—they can trust only each other. Because when the Triads raided a macabre, monster-filled lab of science experiments and hauled away the remnants, they failed to capture their creator: a brilliant, vampire-obsessed scientist with a wealth of powerful, anti-Dreg weaponry to trade for what he desires most of all—Evy Stone: alive and well, and the key to his ultimate experiment in mad science. 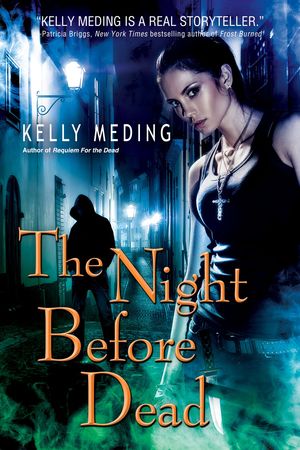 The ​Night Before Dead Kelly Meding
0

Kelly Meding - The ​Night Before Dead
In ​twenty-four hours, everything they know will change forever. Evangeline Stone has died twice, survived dozens of wounds that should have killed her, bled to save innocent lives, and she’s still standing while so many of her friends are in the ground. With one final confrontation with the Fey brewing and an end to the constant battling in sight, Evy is ready to fight one last time—and then she’s done. She only has to get through one more day. Wyatt Truman has loved Evy secretly for years, and openly for only a few months. Their time together has always been fraught with death and blood and fear, but they have overcome all odds and defeated every enemy in order to earn their happily ever after. And once again, Wyatt is putting his trust in an elf in order to secure that future. Brevin’s plan to stop the Fey will require a leap of faith for everyone involved, as well as the potential loss of life for the three Therian men who volunteer to host and control a Tainted—a demon from the place where magic began. Creatures of emotion and instinct whom Brevin insists can be controlled if summoned correctly and into the right vessel. As time ticks down to the summoning ritual and Dreg violence breaks out all over the city, both Evy and Wyatt find themselves torn between doing what’s right and following their hearts. 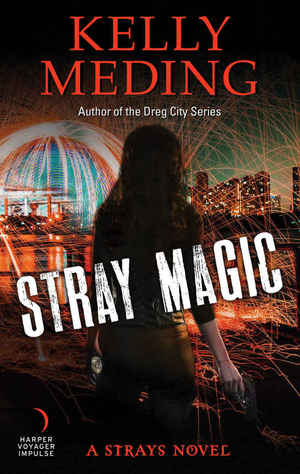 Kelly Meding - Stray ​Magic
Shiloh ​Harrison was hoping for a few days off to recover from a particularly nasty assignment, preferably with the help of the talented hands (and, well, the rest of his body too) of her sexy boyfriend, Vincent. But when a group of vampires takes an entire trailer park hostage, there’s nothing to do but make her apologies and get to the scene. Such is the life of a Federal Marshal in the Paranormal Investigators Unit. Yet this isn’t like her typical track-and-nab case: something is going on that has vampires scared, and it takes all her strength not to imagine what could frighten such powerful creatures. Unfortunately, she doesn’t have that option. Her boss is MIA, someone is snatching vampires, and there’s a ticking clock that can only end one way: a bloodbath. Unless she can stop it. The first book in a new series, Stray Magic is a dark and sexy mystery, with enough twists and curves to keep you on the edge of your seat until the very end. 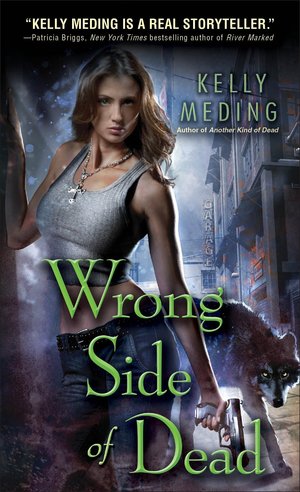 Wrong ​Side of Dead Kelly Meding
0

Kelly Meding - Wrong ​Side of Dead
_Monster ​hunter Evangeline Stone woke up on the wrong side of dead this morning—and now there’s hell to pay._ Barely recovered from her extended torture at the hands of mad scientist Walter Thackery, Evy can use a break. What she gets instead is a war, as the battered Triads that keep Dreg City safe find themselves under attack by half-Blood vampires who have somehow retained their reason, making them twice as lethal. Worse, the Halfies are joined by a breed of were-creature long believed extinct—back and more dangerous than ever. Meanwhile, Evy’s attempts at reconciliation with the man she loves take a hit after Wyatt is viciously assaulted—an attack traced to Thackery, who has not given up his quest to exterminate all vampires . . . even if he has to destroy Dreg City to do it. With Wyatt’s time running out, another threat emerges from the shadows and a staggering betrayal shatters the fragile alliance between the Triads, vampires, and shapeshifters, turning Evy’s world upside down forever. 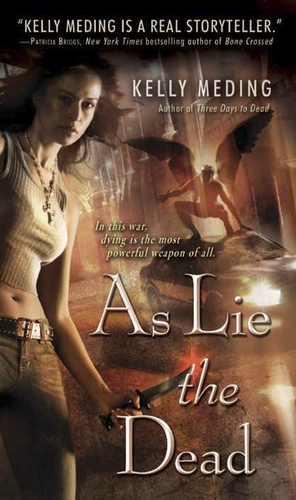 As ​Lie the Dead Kelly Meding
0

Kelly Meding - As ​Lie the Dead
Evangeline ​Stone, a rogue bounty hunter, never asked for a world divided between darkness and light . . . Â . . . or the power to die and live again in someone else’s borrowed body. After a murder plot meant to take her out leaves an entire race of shapeshifters nearly extinct, Evy is gnawed by guilt. So when one of the few survivors of the slaughter enlists her aid, she feels duty-bound to helpâ��even though protecting a frail, pregnant shifter is the last thing Evy needs, especially with the world going to hell around her. Amid weres, Halfies, gremlins, vampsâ��and increasingly outgunned humansâ��a war for supremacy is brewing. With shifters demanding justice, her superiors desperate to control her, and an assassin on her trail, Evy discovers a horrifying conspiracy. And she may be the only person in the world who can stop itâ��unless, of course, her own side gets her first.