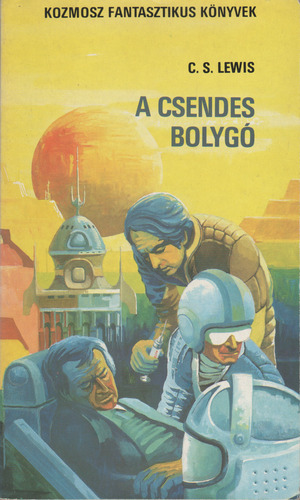 C. S. Lewis - Till ​We Have Faces
This ​tale of two princesses - one beautiful and one unattractive - and of the struggle between sacred and profane love is Lewis’s reworking of the myth of Cupid and Psyche and one of his most enduring works. 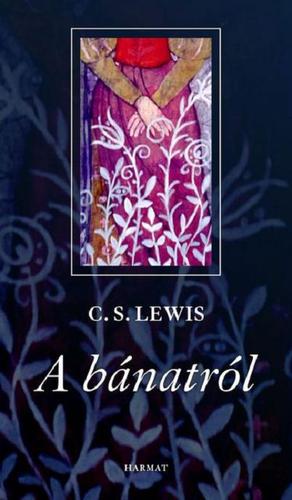 Arthur C. Clarke - C. S. Lewis - From ​Narnia to a Space Odyssey
From ​Narnia to a Space Odyssey is a provocative account of the debate and discussion between Clarke and Lewis presenting their opposing views on technology and its effects on society in a fascinating manner, unfolding throughout their prose, both fiction and non-fiction, and through their own correspondence. Their encounter sets the stage for the dilemma we face today: Is technology the beauty that will lead us to a more utopian society, or is it the beast that endangers our humanity and spirit? 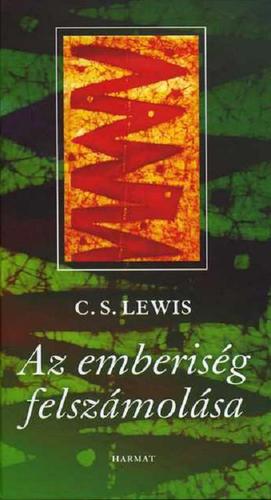 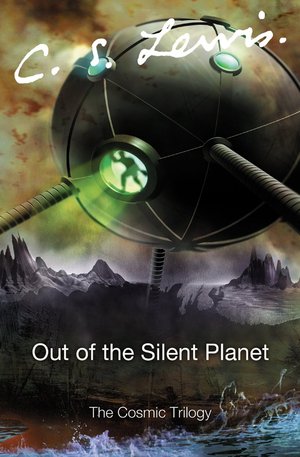 C. S. Lewis - Out ​of the Silent Planet
In ​the first novel of C. S. Lewis's classic science fiction trilogy, Dr Ransom, a Cambridge academic, is abducted and taken on a spaceship to the red planet of Malacandra, which he knows as Mars. His captors are plotting to plunder the planet's treasures and plan to offer Ransom as a sacrifice to the creatures who live there. Ransom discovers he has come from the 'silent planet' - Earth - whose tragic story is known throughout the universe.

The ​Dark Tower and Other Stories C. S. Lewis
0

C. S. Lewis - The ​Dark Tower and Other Stories
A ​collection of Lewis’s complete shorter fiction, including two previously unpublished works, “The Dark Tower” and “The Man Born Blind.” 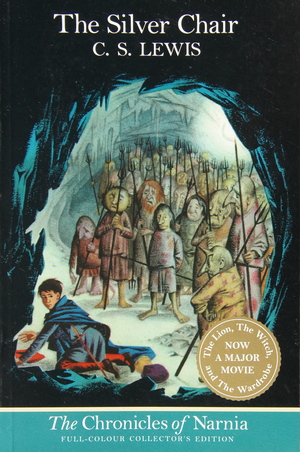 C. S. Lewis - The ​Silver Chair
Through ​dangers untold and caverns deep and dark, a noble band of friends are sent to rescue a prince held captive. But their mission to Underland brings them face-to-face with an evil more beautiful and more deadly than they ever expected.

The ​Chronicles of Narnia - Edmund's Struggle Under... C. S. Lewis
3

C. S. Lewis - The ​Chronicles of Narnia - Edmund's Struggle Under The Spell Of The White Witch
Edmund ​isn't happy when he and his brother and sisters are sent to the Professor's house in the countryside. But when he follows Lucy into an old wardrobe and into the land of Narnia, things get much, much worse. There he meets the evil White Witch, who convinces him to betray his family. Before Edmund knows it, he's in over his head! How can he escape from the White Witch's clutches and find the strength to help save Narnia and his family from a terrible fate? 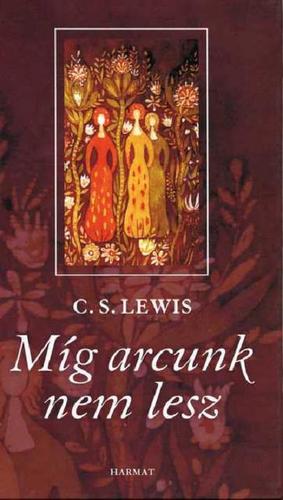 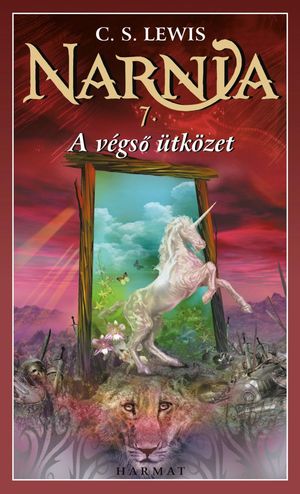 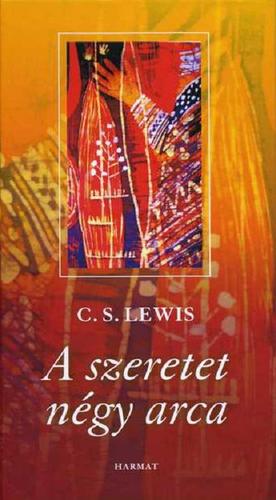 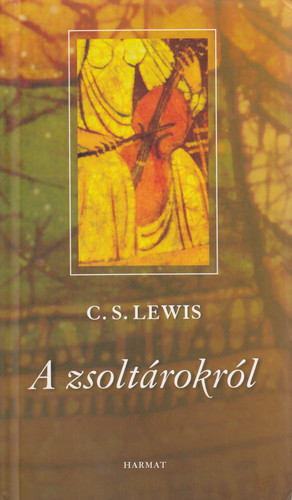 C. S. Lewis - The ​Chronicles of Narnia - Lucy's Adventure
Lucy ​Pevensie and her brothers and sister are evacuated from wartime London,but she terribly sad, and cannot understand hy she is being sent far away from her beloved home and mothe C. S. Lewis - The ​Lion, the Witch and the Wardrobe
The ​Lion, The Witch and The Wardrobe was published in 1950, and it was the book that first introduced readers to the World of Narnia. Years later, in 1955, Lewis wrote a prequel to The Lion, the Witch and the Wardrobe, entitled The Magician's Nephew. While The Magician's Nephew was the sixth Narnia book to be written, many readers prefer to begin the series with The Magician's Nephew. From the Publisher Narnia...the land beyond the wardrobe, the secret country known only to Peter, Susan, Edmund, and Lucy...the place where the adventure begins. Lucy is the first to find the secret of the wardrobe in the professor's mysterious old house. At first, no one believes her when she tells of her adventure in the land of Narnia. But soon Edmund and then Peter and Susan discover the Magic and meet Aslan, the Great Lion, for themselves. In the blink of an eye, their lives are changes forever. Gale Research In this opening volume, Lewis "presents a world corrupted with powerful evil, full of dangerous temptations; humanity is seen as often weak and prone to erring ways," David L. Russell explained, "but with the capacity for devotion and even heroism if guided by the unconditional love of the godhead." New York Times The Lion, the Witch and the Wardrobe is, in turn, beautiful, frightening, wise. Children's Literature Published nearly five decades ago, Lewis' fantasy (which is part of The Chronicles of Narnia) has recently been reissued with new full color plates by the original illustrator. The deluxe edition with its large type on cream color pages will introduce kids to the captivating story of Lucy, Peter, Susan, and Edmund who step through the wardrobe into the magical land of Narnia. There, they battle against the evil White Witch and her minions and free Narnia from everlasting winter. The world with its talking creatures is entirely believable, as are the siblings who must overcome their own failings to become the heroes and heroines of Narnia. The color plates in muted tones, along with inset black and white illustrations throughout the text, make this book a real keepsake. 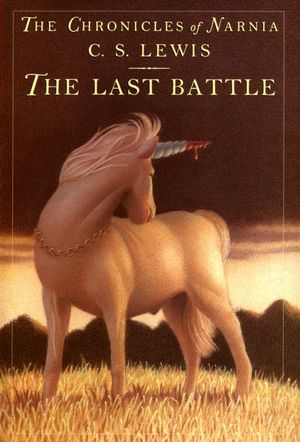 C. S. Lewis - The ​Last Battle
Narnia ​. . . where lies breed fear . . . where loyalty is tested . . . where all hope seems lost. During the last days of Narnia, the land faces its fiercest challenge—not an invader from without but an enemy from within. Lies and treachery have taken root, and only the king and a small band of loyal followers can prevent the destruction of all they hold dear in this, the magnificent ending to The Chronicles of Narnia. 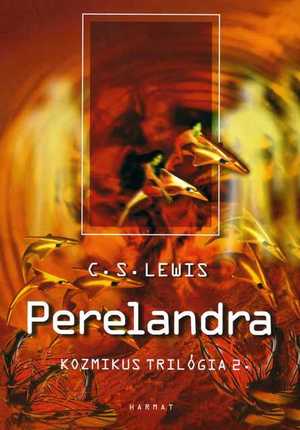 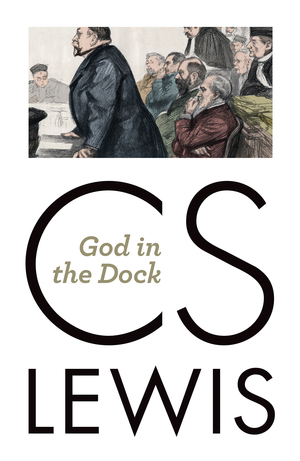 C. S. Lewis - God ​in the Dock
Lewis ​struck me as the most thoroughly converted man I ever met, observes Walter Hooper in the preface to this collection of essays by C. S. Lewis. "His whole vision of life was such that the natural and the supernatural seemed inseparably combined." It is precisely this pervasive Christianity which is demonstrated in the 48 essays comprising God in the Dock. Here Lewis addresses himself both to theological questions and to those which Hooper terms "semi-theological," or ethical. But whether he is discussing "Evil and God," "Miracles," "The Decline of Religion," or "The Humanitarian Theory of Punishment," his insight and observations are thoroughly and profoundly Christian. Drawn from a variety of sources, the essays were designed to meet a variety of needs, and among other accomplishments they serve to illustrate the many different angles from which we are able to view the Christian religion. They range from relatively popular pieces written for newspapers to more learned defenses of the faith which first appeared in The Socratic Digest. Characterized by Lewis's honesty and realism, his insight and conviction, and above all his thoroughgoing commitments to Christianity, these essays make God in the Dock very much a book for our time. 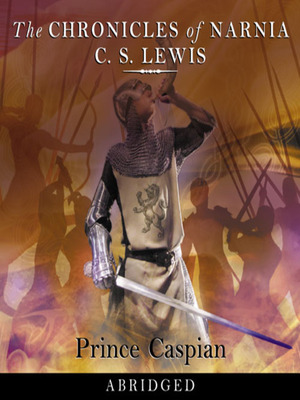 C. S. Lewis - Prince ​Caspian
Peter, ​Susan Edmund and Lucy are returning to boarding school when they are summoned from the dreary train station (by Susan's own magic horn) to return to the land of Narnia -- the land where they had ruled as kings and queens and where their help is desperately needed. 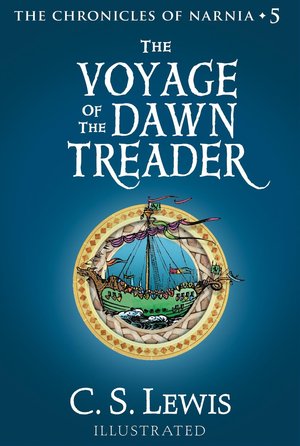 The ​Voyage of the Dawn Treader C. S. Lewis
6

C. S. Lewis - The ​Voyage of the Dawn Treader
The ​Dawn Treader is the first ship Narnia has seen in centuries. King Caspian has built it for his first voyage to find the seven lords, good men whom his evil uncle Miraz banished when he usurped the throne. The journey takes Edmund, Lucy, their cousin Eustace, and Caspian to the Eastern Islands, beyond the Silver Sea, toward Aslan's country at the End of the World. C. S. Lewis - The ​Horse and His Boy
On ​a desperate journey, two runaways meet and join forces. Though they are only looking to escape their harsh and narrow lives, they soon find themselves at the center of a terrible battle. It is a battle that will decide their fate and the fate of Narnia itself. 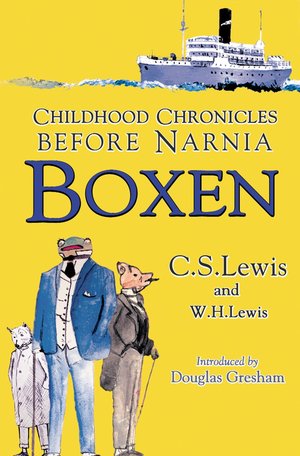 C. S. Lewis - W. H. Lewis - Boxen
Half ​a century before the publication of The Chronicles of Narnia, C. S. Lewis created another imaginary world. The tales of 'Animal-land', which eight-year-old Jack (as his family knew him) had shared with his brother Warnie, soon developed into the chronicles of Boxen, a kingdom populated by warrior mice, frog politicians and exiled chess pieces. For more than 20 years, the growing Lewis added to his elaborate invented world, finally concluding with his Encyclopedia Boxoniana when he was 29. This book collects together all the Boxen stories, some never before published, complete with the author's own delightful illustrations. It reveals an emerging talent for fabolous and inventive fantasy, and provides a rare insight into one of the most extraordinary minds of our age. For every reader who has been captivated by the magic of Narnia, Boxen will open a window on to another enchanted land.

C. S. Lewis - All ​My Road Before Me
The ​life of the young Lewis was filled with contemplations quite different from those of the mature author. This early diary gives readers a window on the world of his formative years. Edited and with an Introduction by Walter Hooper; Index; photographs. 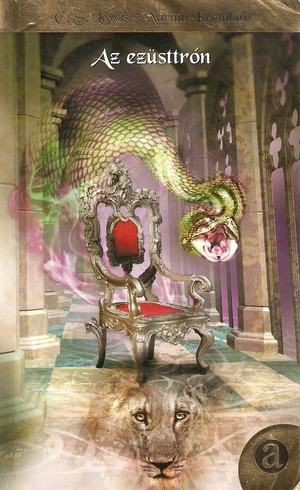