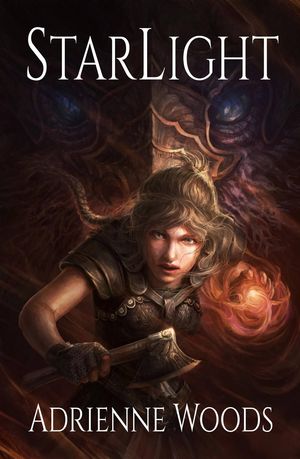 Adrienne Woods - Starlight
In ​the Fifth and final part of the Dragonian Series, eighteen-year-old Elena Watkins and her dragon, the Rubicon, need to find the missing ingredients in order to free her father from Etan. But what could the missing ingredient be? And will she be willing to sacrifice her life if they don't find it before time runs out? 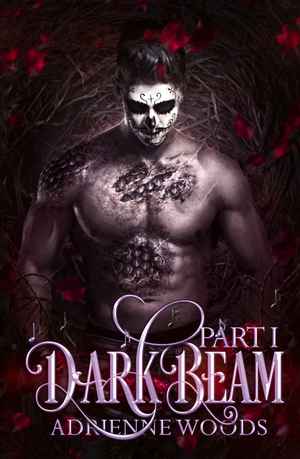 Adrienne Woods - Darkbeam ​Part I
Everyone ​in Paegeia knows that only one Rubicon dragon lives at a time. If more than one, they will destroy Paegeia and eventually the rest of the world as they crave that constant power for dominance. Blake Leaf is this era's Rubicon, and is destined for great things if his darkness can be won. Darkbeam Part 1 follows the story of the Rubicon and how he tries to keep his beast, the darkness, at bay. PLEASE NOTE THIS ISN'T YA FANTASY AS THE DRAGONIAN SERIES. IT'S A DARK AND VERY TWISTED TYPE OF NOVEL. YOU ARE WARNED!!!!! 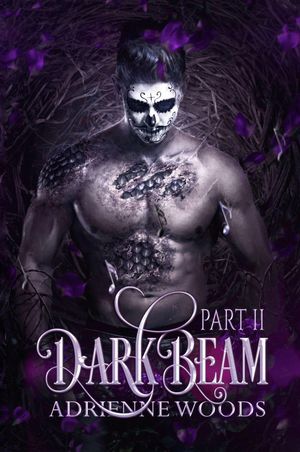 Adrienne Woods - Darkbeam ​Part II
Everyone ​knows the Rubicon is predestined for evil, and the alpha dragon does nothing to change their opinions of him. What they don't know is that he harbors a secret, a secret that can set him free, but also trap him forever. Refusing to give in to that which can lead him to a path of freedom, Blake Leaf allows the darkness to attempt to claim his soul. But there is always a shining light somewhere, and sometimes it's just too dark to see it. Will Blake find his way back to light, or is it too late for him? Darkbeam Part II is about the events of Thunderlight and Frostbite (Book 2 and 3 in The Dragonian Series) told from Blake Leaf's point of view. 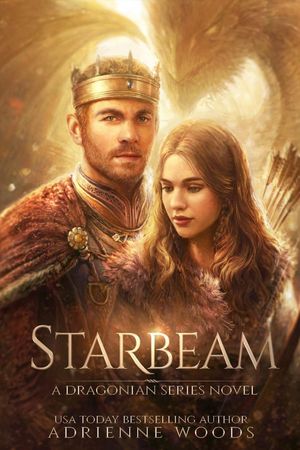 Adrienne Woods - Starbeam
He ​is royal, dashing, and would become known as the greatest king that ever lived. Elena Watkins' father, Albert Malone did not have things easy. His life is complicated, filled with prejudice, betrayal and intrigue. His father married his mother for all the wrong reasons and he rules the country with an iron fist. His overbearing mother means less to him than his childhood nanny. Just when he thinks things couldn't get any worse, he falls for a commoner at a fancy-dress ball. Catherine Squires, a commoner, growing up in the poorest of circumstances struggles to help her family. The King's obsession with killing off Chromatic dragons are leading the country into another war. A war that will change her world forever. The adventure of Catherine and Albert against the backdrop of the dragons' struggle for equality and justice is a fast paced page-turner. 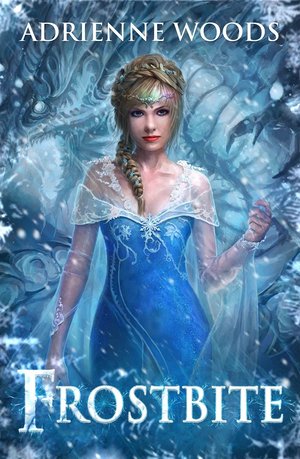 Adrienne Woods - Frostbite
Losing ​Lucian McKenzie, the Prince of her heart and discovering her true identity has made Elena Watkins' life almost unbearable. However, new trials will test the 17 year-old's strength and push her to limits she didn’t think were possible. Only a mysterious offer from Blake Leaf, the Rubicon and a dragon predestined for evil, reveals there may be a light at the end of Elena’s dark tunnel. With the life she thought she knew crashing down around her, Elena will have to face a monumental decision about the fate of Paegeia. She can either make peace with Blake’s demands or try once again to unravel the Queen’s secrets that lie deep within her dragon, Tanya La Frey’s, heart. 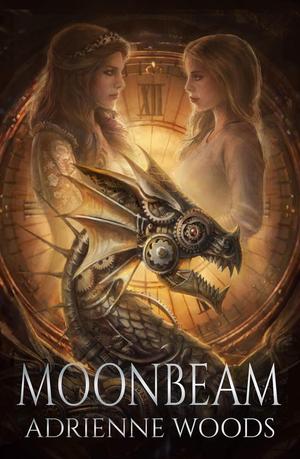 Adrienne Woods - Moonbeam
Moonbeam ​follows Blake and Elena ten years later from where the last novel, Starlight, ended. What if your 'what if' becomes finally an option. Would you go and change the past...? 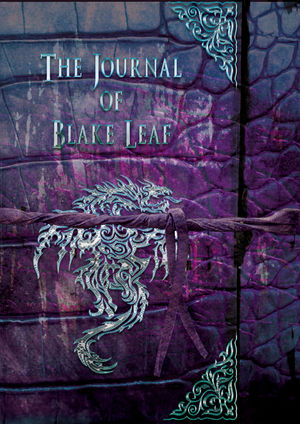 Adrienne Woods - Lea Cherry - The ​Journal of Blake Leaf
This ​is the Journal Of The Rubicon, Blake Leaf and his time at Dragonia Academy before Elena and what he felt when he met her. A Dragonian novella. 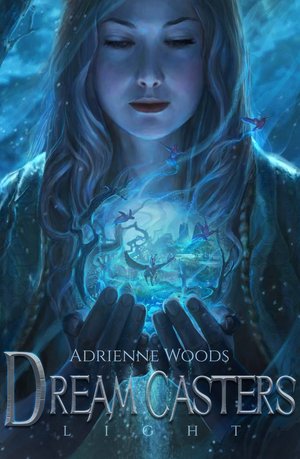 Adrienne Woods - Light
Mr. ​Sandman, send me a dream, ta da da da…..Seventeen year old Chastity Blake knows the Sandman is just a silly children’s story parents tell their children to get them to sleep. At least she thought it was, until the day a mysterious, light golden sand appeared in her hands during a high school prank that went horribly wrong. A sand that has the power to send anyone it touches into a deep, sound sleep. Fearing she had lost her mind, Chastity soon discovers the shocking truth of her heritage – she is a Dream Caster. Chastity was never supposed to be raised on the Domain, or what humans call Earth and she is forced to return to her true birth place, Revera – the world of Dreams. However, in Revera there is no balance between good, the Light Casters, and darkness, the Shadow Casters, and Chastity is caught square in the middle. She soon learns that there is no place for anyone containing both the light and the darkness within them, and the shocking truth that if anyone in Revera ever discovered her shadow self, Chastity would be thrown into the Oblivion – the world of Nightmares. Dreams are always more than they seem, and this time Chastity is going to discover just how different they can be. Adrienne Woods - Thunderlight
Vibrant, ​scale swathed wings… Abilities that can be harnessed by a chosen few… Dragons… All this may seem like old news, but for seventeen year-old Elena Watkins the world of Paegeia is not finished revealing all its secrets. During a summer break intended for relaxation, she discovers that her harrowing adventure to retrieve the King of Lion sword wasn’t the destiny foretold by the cryptic Viden, a dragon with the ability to see a person’s true fate. The words inked onto the page of the mysterious Book of Shadows remains black and Elena must return to Dragonia Academy to discover their true meaning. Upon her return to the magnificent castle she has to face a challenge of a different kind, keeping her boyfriend Lucian McKenzie, the Prince of Tith and love of her life, away from the dangerous new student, Paul Sutton. As a Wyvern, Paul has made it his mission to claim Elena as his rider but he is proving to be more perilous than at first glance. Everyone knew that Wyverns were bad news, and just as evil as the darkness that lurked inside Blake Leaf, the Rubicon forced to fight against his inner nature every day. But Elena can see a small light lurking in the darkness, a destiny still unfulfilled; to prove that Wyverns can be claimed. Will Lucian’s dark secret about Wyverns and Elena’s need to prove their true nature cause their love to be torn apart? And which of Elena’s friends will be sacrificed this time if she is wrong? 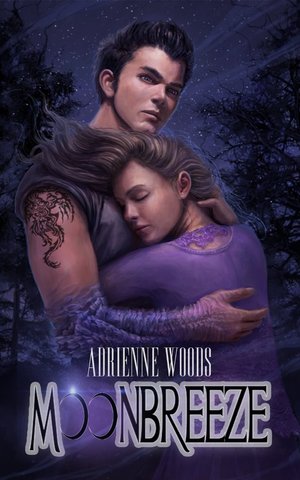 Adrienne Woods - Moonbreeze
The ​life or a star-studded royal has not been kind to eighteen-year-old Elena Watkins. With a Council breathing down her neck and a dragon that refuses to accept her as his rider, she must convince everyone that she is ready to rule Paegeia like her parents before her. But she has made a promise to her father, King Albert, that she will not go looking for him and free the people of Etan. Elena has promised to never truly fulfill her destiny. However, situations out of her control will soon force her to confront herself and the evil that seeks to destroy her. Elena must look inside of herself to discover if she can defeat the approaching darkness, be accepted by the people of Paegeia, bring her dragon back to light and fulfill the destiny written in their stars. 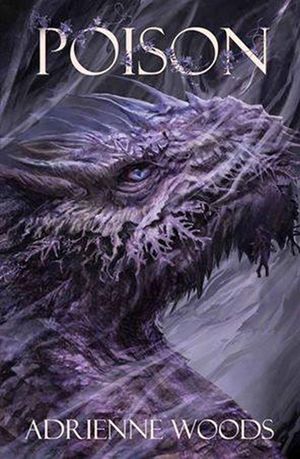 Adrienne Woods - Poison
Everyone ​dreams of being a princess, well everyone except eighteen-year-old Elena Watkins. After learning about her lost heritage, Elena is forced to choose between learning to be the perfect ruler for Paegeia and her old life. Not to mention that pesky dragon of hers who always seems to appear and disappear at just the right time With her friends beside her, Elena must discover her own future as Paegeian roaylty. Who ever said that being a princess was easy?

Adrienne Woods - Venom
Sixteen-year-old ​Elena Watkins is experiencing her first summer break in Paegeia. A fantasy realm where Dragons and Magic exists. Six weeks of fun she shared with her two best friends Sammy Leaf, a Fire Tail Dragon and Becky Johnson, a fellow Dragonian. There is only one small problem. Whenever Blake Leaf, The Rubicon, is drunk, he stirs up more than just Elena's blood. Why....? remains a secret. Adrienne Woods - Darkbeam ​Part III
The ​Third part in the Darkbeam Novels: The Rubicon's Story. Blake Leaf is fighting against the Dent. He truly believes that the Dent is an enslavement spell. One where he would loose himself and that the bond is not natural. He takes extreme measures with the help of Sam and Dimitri, a very dark sorcerer, that might cost him his life, if he caves. Adrienne Woods - Shadow
Chastity ​Blake discovered the hard way what she was: a modern-day Sandman. But things aren't looking up for Chastity. She is guarding a secret deep within her — her dark sand, or what Reverians call her Shadow. Shadow Casters are known for their dark dreams, the nightmares they create. If she's caught with dark sand, she may be subjected to harsh interrogation, even banished to the Oblivion with the other Shadow Casters... and that is SO not on her list. Will she be able to hide her darkness from the most powerful Somnium alive? How long can she outrace her destiny before true nature catches up with her? Adrienne Woods - Firebolt
Dragons. ​Right. Teenage girls don’t believe in fairy tales, and sixteen-year old Elena Watkins was no different. Until the night a fairy tale killed her father. Now Elena’s in a new world, and a new school. The cutest guy around may be an evil dragon, a Prince wants Elena’s heart, and a long dead sorcerer may be waking up to kill her. Oh. And the only way Elena’s going to graduate is on the back of a dragon of her own. Teenage girls don’t believe in fairy tales. Now it’s time for Elena to believe – in herself.