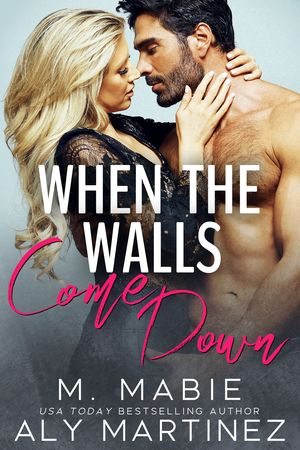 When ​the Walls Come Down Aly Martinez - M. Mabie
0

Aly Martinez - M. Mabie - When ​the Walls Come Down
Did ​you ever hear the joke about the guy whose wife cheated on him with his best friend? So he quit his job, moved into his parents’ basement, and gained fifty pounds? No? Because that wasn’t a joke. It was my life. Four years later, I'm back with a dream job, a killer apartment, and a set of abs that are better than ever. So, when Maggie Light, a stunning, snarky blonde moves in next door, and we spend the hottest weekend of our lives together, I think this could be the greatest comeback story ever. That is until I realize Maggie has moved to town to do one thing—steal my job. Maybe this isn't a comeback story after all. Maybe this is war—one I intend to win. What I never anticipated was that maybe I’d rather win her. Perhaps, if I’m lucky, the universe has finally run out of jokes and I can somehow win both. 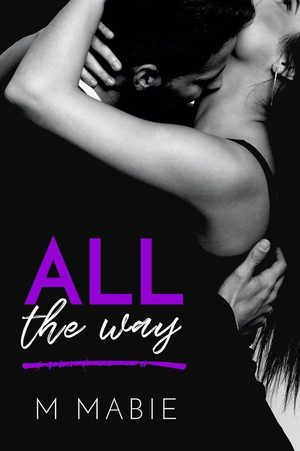 M. Mabie - All ​the Way
A ​hot contemporary romance from the author of the Wake Series. I’m a man’s man. A bro. A pal. A dude. And I love women. Am I a saint? Far from it. Do I go out with a lot of women? You’re damn right. I date them all. Shy. Loud. Too busy. Lonely. High maintenance. No confidence. No filter. Bad habits. Naive. Beautiful ones. Pretty ones—and believe me there is a difference, but that’s another soap box. Point is, I don’t discriminate. What do I get out of it? Knowledge. I want to be prepared, adept, and ready. I might find the perfect woman for me today or a few years from now, but I won’t stop until I do. Then when The One comes along, I’ll be ready to go the distance. Ready to go all the way. _I’m Cord Taylor, and, lady of my dreams, I’m coming for you._ All the Way is a standalone novel for readers who enjoy laughing as much as the steamy bits. 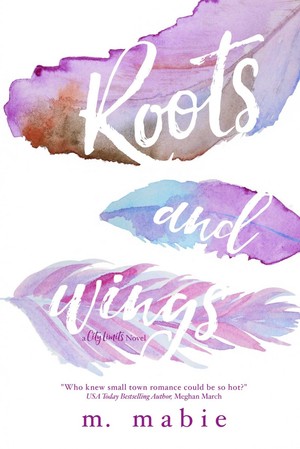 M. Mabie - Roots ​and Wings
Welcome ​to Wynne, population 3,401. No billionaires. No professional athletes. No celebrities. In this small town, current events are pondered in mirrors at the local salon or around crowded tables at the diner, and there’s a new couple to gossip about. A rough and tumble woman who works in her dad’s garage, not yet ready to spread her wings, shows the new guy in town what it’s like to finally have roots. It’s your run-of-the-mill, sexy, Astro van driving dentist meets smart-ass, bass fishing tomboy in a story of real-life romance. Low on drama. High on love. Pull up a chair and stay a while. 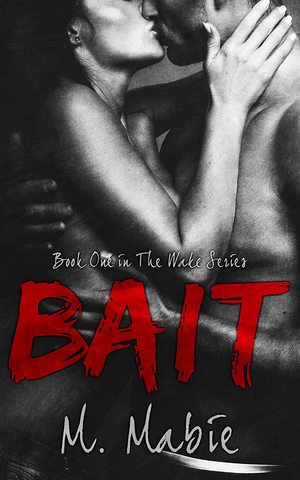 M. Mabie - Bait
He ​was trouble from the start, but I couldn't resist. She was the best kind of trouble. The kind that was so wrong, it felt right. I’ve tried and failed to stay away from him. I’ve done everything in my power to make her mine and keep her. He’s almost impossible to say no to. She never tells me yes. We’re always fighting. When we’re not fighting, we’re… well… making up. He makes me laugh so hard. I miss her laugh the most. I'm a liar. She knows the truth, but won’t admit it. Sometimes, I wish I'd never met him. I wish we could meet all over again. I'd do better. His girlfriend knows. The guy she’s with is a fool. I’ll never love anyone like I love him. She doesn’t love me enough to choose us. It was the wrong place. It was the wrong time. It should have been him. It will always be her. This book contains adult situations and is recommended for adult readers. 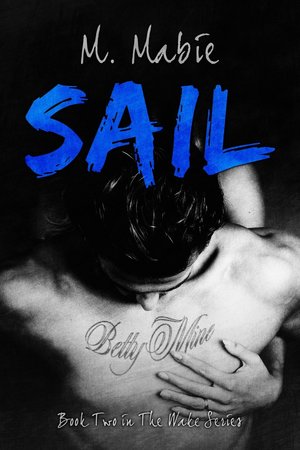 M. Mabie - Sail
This ​isn’t just a two-year long one-night stand. It’s my life. _This is my life. Our life. It isn’t just some careless affair._ I’ve made the worst decisions a woman could, but I’ll earn my second chance. _She can try keeping all the guilt for herself, but I’m just as much to blame._ Loving Casey wasn’t my biggest mistake. Fighting it for so long was. _I’ll show her how fearless our love makes me. I’ll protect her torn heart._ He still has magic in his eyes. He’s the man who makes me happy. _Her voice still brings me to my knees. She says my name like it’s sacred._ I live for the day when I’m his. To take care of him. To love him the way he deserves. _I can’t wait to be all she needs. I can give her a happy life, security and so much love._ Sometimes two ships never meet in the night, but ours did. _Sometimes the water is rough. It beats you all to hell until you have no choice but get stronger._ Our love story reads more like a tragedy, but to me it’s clean and pure. _Let them point their fingers. Without a love like ours, they haven’t really lived. I pity them._ I’m a cheating wife and a villain. I am his honeybee. _I’m a snake in the grass and I sleep best when I’m lying next to his wife._ I want to be his everything. _I’m nothing without her anyway._ This isn’t even close to over. _It’ll never be over._ 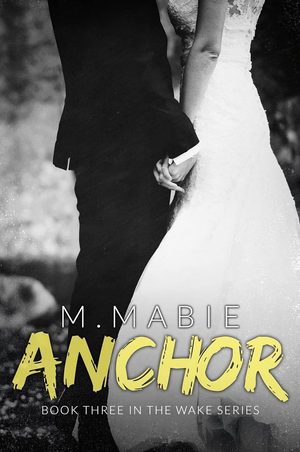 M. Mabie - Anchor
I ​believe in love at first sight. _Now I know soulmates exist._ Nothing has ever been easy for us. _Every fight, every struggle, has been worth it._ I’m stubborn, but what woman isn’t? _She’s hard work and I love the overtime._ He’s frustrating and unpredictable. I hope he never changes. _I love driving her crazy. That’s half the fun._ Lou’s sexy curls. _Honeybee’s pink nose._ He still looks at me like I’m precious and unflawed. _She treats me like I’m the center of her world._ Our future will be full of happiness. _Despite everything, we’re two of the lucky ones._ I took the bait. _She was a lucky catch._ He is the wind in my sail. _She’s the anchor that grounds me._ The wake our love made is beautiful. _Every day I thank God for her._ No matter the hurdles, we’ve jumped them side-by-side. _No matter the obstacles, we’ve made it through together._ For better or for worse, I’d do it again. _I’ll love and protect her all the days of my life._ We made it. _We always will._ 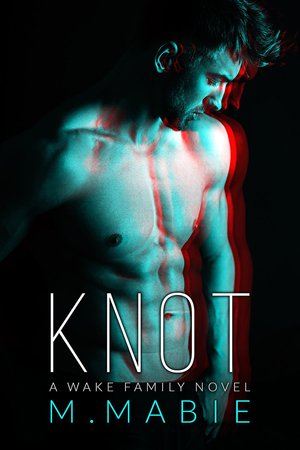 M. Mabie - Knot
He ​knows everything. She has all the damn answers. I’ve always been a free spirit. It’s my nature. I crave control, but with her it’s far more. He’s a power hungry climber. Her wealth could buy and sell me. It’s too much pressure being the center of anyone’s focus. She underestimates my desire for her, my need to please just her. When he’s vulnerable, it’s hard to deny him. Her crooked smile cripples me. He hides his demons, but I’m no fool. She thinks not committing to anyone makes her more honest. She’s wrong. A man like him deserves someone who can offer that kind of love. She promises nothing, yet I feel like a king when she says my name. I never let anyone possess me like he did. Not before. Not after. My greatest regret was compromising. I should have never held back. Still, when we’re apart I’m not myself. I miss the days when she was just down the hall. He’s better off without me, and it hurts. The ugly truth is I need her more than she needs me. Our relationship was born out of lust and curiosity. The lies we told ourselves killed it. Together, we found Nirvana. We learned it was all a mirage. I ruined him. I broke her heart. I keep coming back. I can’t let her go. KNOT is a contemporary romance and a complete standalone. It is the first spin-off from the best-selling Wake Series. You do not need to read BAIT, SAIL, or ANCHOR to enjoy this book in its entirety, but if you love angst you'll enjoy them, too. 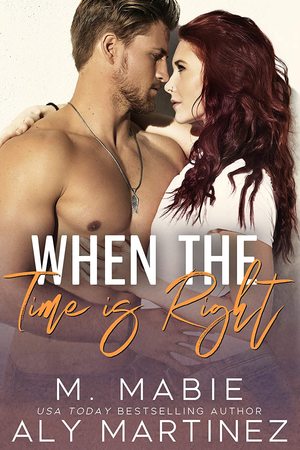 When ​the Time Is Right M. Mabie - Aly Martinez
0

M. Mabie - Aly Martinez - When ​the Time Is Right
Fate ​doesn’t always happen overnight. Hudson Bradley is the cockiest, most stubborn, hard-headed man I’ve ever known. And for fifteen years, he’s been my brother's best friend. But lately, what I’m feeling for him isn’t friendship at all. Why is my heart racing every time his blue eyes lock on mine? Why does every word he rumbles in my ear make my body come alive? And worst of all, why did I bet him that I could find a woman he and his son would both love? If I hadn’t given up on love altogether, Hudson would have been perfect for me. After all, he was there the day my world fell apart. He’s spent the last six years piecing me back together. There are a million reasons why we could never work, but after a single kiss, I can’t remember any of them. Now that the time is right, I have to make him mine—before I lose him forever. 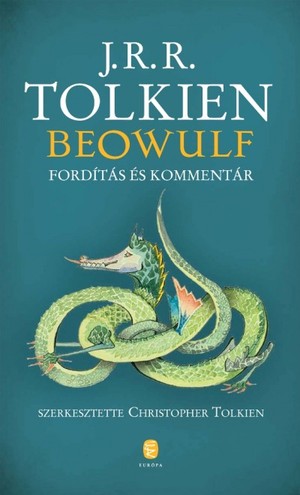