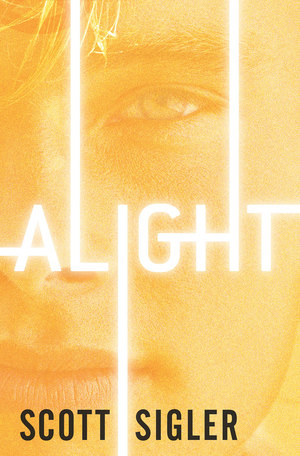 Scott Sigler - Alight
Alight ​is the second installment in the YA sci-fi adventure trilogy by New York Times bestselling author Scott Sigler, hot on the heels of Alive. Alight reveals to readers the further adventures of Em, Spingate, O’Malley, Bishop, and the other young heroes introduced in Alive. In Alive, Em fought to assert herself as leader and her friends tried to comprehend their own mysterious identity; now she must wrestle not with the challenge of winning power but the grave responsibility of having assumed it, and she and her friends must contend with a grim fact: the revelation of their identity is not an answer but another question—and one with terrifying implications. 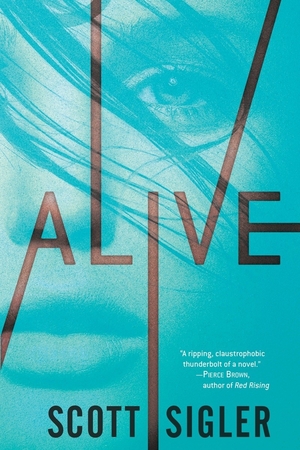 Scott Sigler - Alive
From ​New York Times bestselling author Scott Sigler comes something utterly new: a gripping sci-fi adventure trilogy in the vein of The Hunger Games, Divergent, and The Maze Runner. A group of young adults awake in a mysterious enclosed space with no knowledge of who they are or how they got there…and an indomitable young woman must lead them not only to answers but to survival. A young woman awakes trapped in an enclosed space. She has no idea who she is or how she got there. With only her instincts to guide her, she escapes her own confinement—and finds she’s not alone. She frees the others in the room and leads them into a corridor filled with the remains of a war long past. The farther these survivors travel, the worse are the horrors they confront. And as they slowly come to understand what this prison is, they realize that the worst and strangest possibilities they could have imagined don’t even come close to the truth. 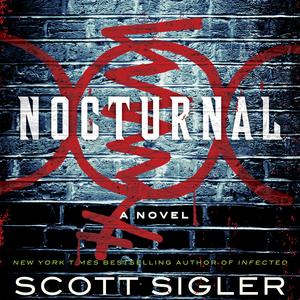 Scott Sigler - Nocturnal
_Scott ​Sigler reinvented the alien-invasion story in his bestselling novels Infected and Contagious… rebooted the biotech thriller in Ancestor…now, in his most ambitious, sweeping novel to date, he works his magic on the paranormal thriller, taking us inside a terrifying underworld of subterranean predators that only his twisted mind could invent._ Homicide detective Bryan Clauser is losing his mind. How else to explain the dreams he keeps having—dreams that mirror, with impossible accuracy, the gruesome serial murders taking place all over San Francisco? How else to explain the feelings these dreams provoke in him—not disgust, not horror, but excitement? As Bryan and his longtime partner, Lawrence “Pookie” Chang, investigate the murders, they learn that things are even stranger than they at first seem. For the victims are all enemies of a seemingly ordinary young boy—a boy who is gripped by the same dreams that haunt Bryan. Meanwhile, a shadowy vigilante, seemingly armed with superhuman powers, is out there killing the killers. And Bryan and Pookie’s superiors—from the mayor on down—seem strangely eager to keep the detectives from discovering the truth. Doubting his own sanity and stripped of his badge, Bryan begins to suspect that he’s stumbled into the crosshairs of a shadow war that has gripped his city for more than a century—a war waged by a race of killers living in San Francisco’s unknown, underground ruins, emerging at night to feed on those who will not be missed. And as Bryan learns the truth about his own intimate connections to the killings, he discovers that those who matter most to him are in mortal danger…and that he may be the only man gifted—or cursed—with the power to do battle with the nocturnals. Featuring a dazzlingly plotted mystery and a terrifying descent into a nightmarish underworld—along with some of the most incredible action scenes ever put to paper, and an explosive, gut-wrenching conclusion you won’t soon forget—Nocturnal is the most spectacular outing to date from one of the genre’s brightest stars. 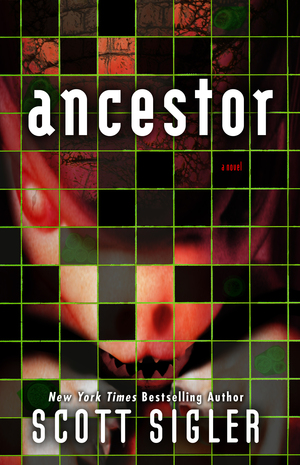 Scott Sigler - Ancestor
“The ​ancestors are out there…you have to believe me.” From acclaimed author Scott Sigler—New York Times bestselling creator of Infected and Contagious—comes a tale of genetic experimentation’s worst nightmare come true. Every five minutes, a transplant candidate dies while waiting for a heart, a liver, a kidney. Imagine a technology that could provide those life-saving transplant organs for a nominal fee ... and imagine what a company would do to get a monopoly on that technology. On a remote island in the Canadian Arctic, PJ Colding leads a group of geneticists who have discovered this holy grail of medicine. By reverse-engineering the genomes of thousands of mammals, Colding's team has dialed back the evolutionary clock to re-create humankind’s common ancestor. The method? Illegal. The result? A computer-engineered living creature, an animal whose organs can be implanted in any person, and with no chance of transplant rejection. There's just one problem: these ancestors are not the docile herd animals that Colding's team envisioned. Instead, Colding’s work has given birth to something big, something evil. With these killer creatures on the prowl, Colding and the woman he loves must fight to survive — even as government agents close in to shut the project down, and the deep-pocketed company backing this research proves to have its own cold-blooded agenda. As the creators become the prey in the ultimate battle for survival, Scott Sigler takes readers on the ultimate thrill-ride—and offers a chilling cautionary account of what can happen when hubris, greed, and madness drive scientific experimentation past the brink of reason. 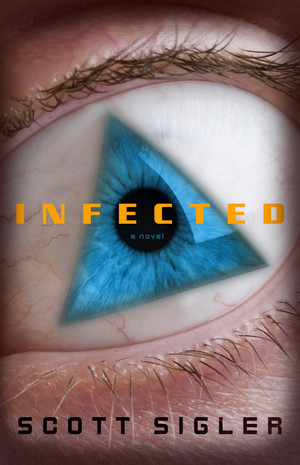 Scott Sigler - Infected
Across ​America a mysterious disease is turning ordinary people into raving, paranoid murderers who inflict brutal horrors on strangers, themselves, and even their own families. Working under the government's shroud of secrecy, CIA operative Dew Phillips crisscrosses the country trying in vain to capture a live victim. With only decomposing corpses for clues, CDC epidemiologist Margaret Montoya races to analyze the science behind this deadly contagion. She discovers that these killers all have one thing in common '" they've been contaminated by a bioengineered parasite, shaped by a complexity far beyond the limits of known science. Meanwhile Perry Dawsey '" a hulking former football star now resigned to life as a cubicle-bound desk jockey '" awakens one morning to find several mysterious welts growing on his body. Soon Perry finds himself acting and thinking strangely, hearing voices . . . he is infected. The fate of the human race may well depend on the bloody war Perry must wage with his own body, because the parasites want something from him, something that goes beyond mere murder. Infected is the first major print release from Internet phenom Scott Sigler, whose podcast-only audiobooks have drawn an immense cult following, with more than three million individual episodes downloaded. Now Sigler storms the bookstore shelves with this cinematic, relentlessly paced novel that mixes and matches genres, combining horror, technothriller, and suspense in a heady mix that is equal parts Chuck Palahniuk, Michael Crichton, and Stephen King. 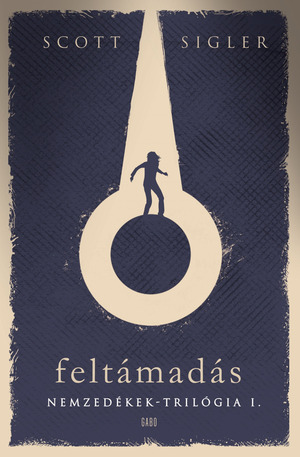 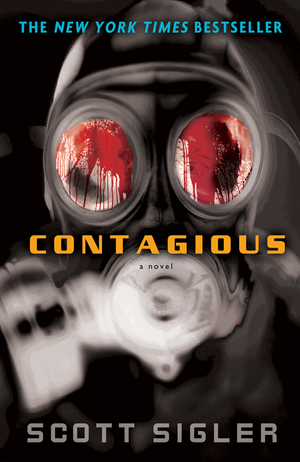 Scott Sigler - Contagious
From ​the acclaimed author of Infected comes an epic and exhilarating story of humanity's secret battle against a horrific enemy. Across America, a mysterious pathogen transforms ordinary people into raging killers, psychopaths driven by a terrifying, alien agenda. The human race fights back, yet after every battle the disease responds, adapts, using sophisticated strategies and brilliant ruses to fool its pursuers. The only possible explanation: the epidemic is driven not by evolution but by some malevolent intelligence. Standing against this unimaginable threat is a small group, assembled under the strictest secrecy. Their best weapon is hulking former football star Perry Dawsey, left psychologically shattered by his own struggles with this terrible enemy, who possesses an unexplainable ability to locate the disease's hosts. Violent and unpredictable, Perry is both the nation's best hope and a terrifying liability. Hardened CIA veteran Dew Phillips must somehow forge a connection with him if they're going to stand a chance against this maddeningly adaptable opponent. Alongside them is Margaret Montoya, a brilliant epidemiologist who fights for a cure even as she reels under the weight of endless horrors. These three and their team have kept humanity in the game, but that's not good enough anymore, not when the disease turns contagious, triggering a fast countdown to Armageddon. Meanwhile, other enemies join the battle, and a new threat - one that comes from a most unexpected source - may ultimately prove the most dangerous of all. Catapulting the reader into a world where humanity's life span is measured in hours and the president's finger hovers over the nuclear button, rising star Scott Sigler takes us on a breathtaking, hyper-adrenalized ride filled with terror and jaw-dropping action. Contagious is a truly grand work of suspense, science, and horror from a new master. 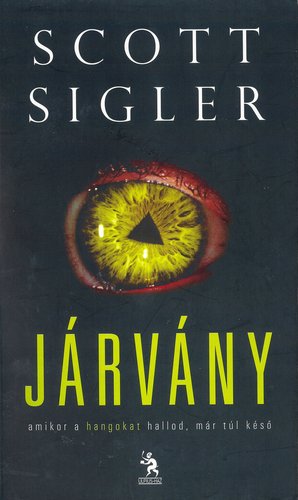 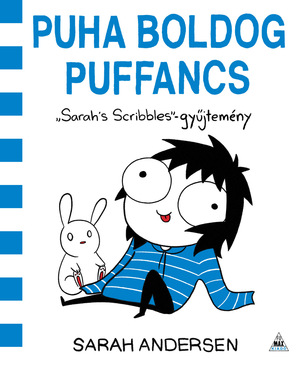