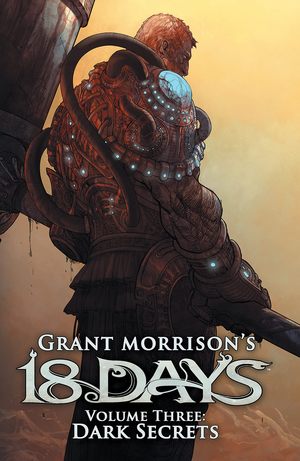 Grant Morrison - Sarwat Chadda - Samit Basu - Ashwin Pande - Grant ​Morrison's 18 Days 3. - Dark Secrets
Collects ​Grant Morrison's 18 Days #11-15: "The essential ambiguity, humanity and realism of these characters, set in this incredible world of the imagination, gives 18 Days its unique flavor. The tone is modern, gritty and emotionally real against a backdrop of a mythic super-war." -Grant Morrison From legendary creator Grant Morrison (Avatarex, All Star Superman, Batman & Robin, The Invisibles) comes the third volume in his epic creation, 18 Days! The warriors clash as we see the might of Bhima, the weakness of King Yudish, the dark secret of Emperor Duryodhana, and more! 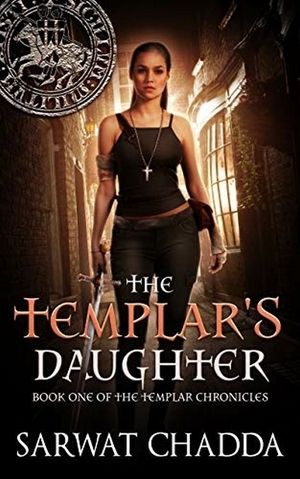 Sarwat Chadda - The ​Templar's Daughter
"Killing ​him should be easy. He's only six." Meet sixteen-year-old Billi SanGreal, the first and only girl in the modern-day order of the Knights Templar. Trained from childhood to hunt down and destroy the Unholy, the supernatural evils that prey on humanity, Billi is a rebel with a bloody cause. With the return of Kay, her old childhood friend now young man with secrets of his own, Billi must chose between her duties as a Templar, and the longings within her own heart. But that choice must include the amber-eyed Mike, a stranger who understands Billi's pain like no other. Brutal, relentless and heart-breaking, The Templar's Daughter asks for no mercy, and takes no prisoners. Full of intense action, supernatural horror, gallows' humour and tragic romance, The Templar's Daughter is the perfect next read for fans of Cassandra Clare, V.E Schwab and Laini Taylor. Originally published as Devil's Kiss, The Templar's Daughter revisits the first adventure of Billi SanGreal with additional, previously unpublished material including new, expanded chapters. 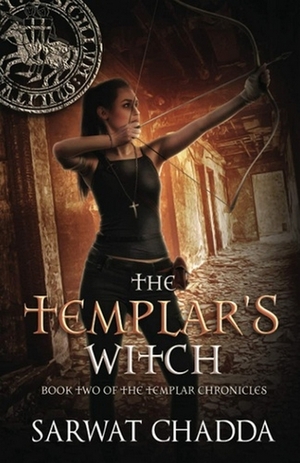 Sarwat Chadda - The ​Templar's Witch
Still ​reeling from the death of her first love, Kay, Billi's thrust back into action when the Templars are called to investigate werewolf activity. But these werewolves are like nothing Billi's ever seen. They call themselves the Polenitsy: man killers. The ancient warrior women of Eastern Europe, supposedly wiped out centuries ago. But now they've come out of hiding and are on the hunt for a Spring Child - an Oracle powerful enough to blow the volcano at Yellowstone - and start a Fimbulwinter that will wipe out humankind for good. The Templars follow the stolen Spring Child to Russia, and the only people there who can fight the supernatural are the Bogatyrs, long-time enemies of the Templars. To reclaim the Spring Child and save the world, Billi needs to earn the trust of Ivan Romanov, a young Russian noble who’s suspicious of people in general, and of Billi in particular. The Templar’s Witch is a page-turning, action-packed sequel to The Templar's Daughter that spans continents, from England to the Russian underworld and the ruins of Chernobyl. This is an adventure of folklore and myth become darkly real. Of the world running out of time. And of Billi SanGreal, the only one who can save it. Full of intense action, supernatural horror, gallows’ humour and tragic romance, The Templar's Witch is perfect next read for fans of Cassandra Clare and Laini Taylor. Originally published as Dark Goddess, The Templar’s Witch revisits the second adventure of Billi SanGreal with additional, previously unpublished material including new, expanded chapters. 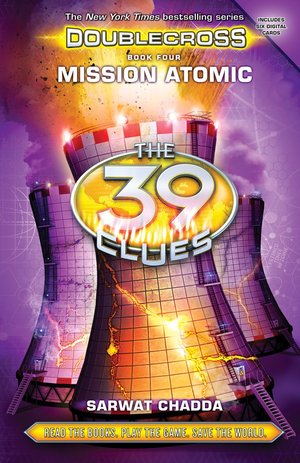 Sarwat Chadda - Mission ​Atomic
Thirteen-year-old ​Dan Cahill and his older sister, Amy, are running out of time. An exiled Cahill known as the Outcast has already re-created three of history’s worst disasters, and he’s saved the worst for last. If Dan and Amy can’t find and stop the Outcast fast, he will initiate a full-scale nuclear meltdown. But as Dan and Amy race around the world, they discover something horrifying. The Outcast’s disasters are only a smoke screen to cover up his true plan, a diabolical revenge on the family that betrayed him. Soon Amy and Dan will have to confront a hard truth: Sometimes the only way to save the world is to sacrifice everything you love. 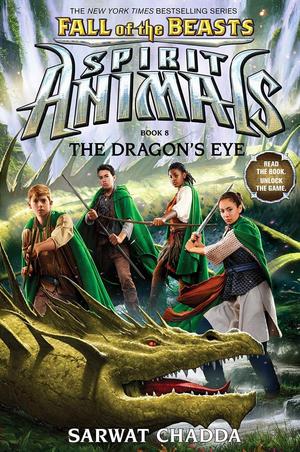 Sarwat Chadda - The ​Dragon's Eye
Conor, ​Abeke, Meilin, and Rollan are prisoners. Framed for a crime they didn't commit, the four young Greencloaks have been captured by the ruthless Oathbound. Rather than facing trial with the rest of their order, the friends and their spirit animals find themselves smuggled to a remote palace. There they discover that the plot against them runs deeper -- and is far more sinister -- than anyone realized. Someone has been manipulating both the Greencloaks and Erdas's leaders, all to uncover a powerful relic with the potential to flood the entire world. To stop this conspiracy, the Heroes of Erdas will need absolute faith in their spirit animals. If they fail, all of Erdas will drown. 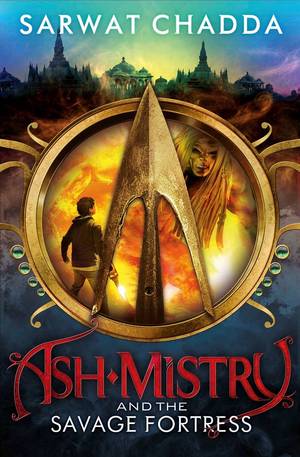 Sarwat Chadda - Ash ​Mistry and the Savage Palace
Weaves ​together contemporary and mythological India, about British-born Ash, whose father is offered a dream job in India, and discovers something is very wrong with mysterious millionaire Lord Savage, finding himself in a desperate battle to stop Savage’s master plan--the opening of the Iron Gates that have kept Ravana, the demon king, at bay for four millennia. 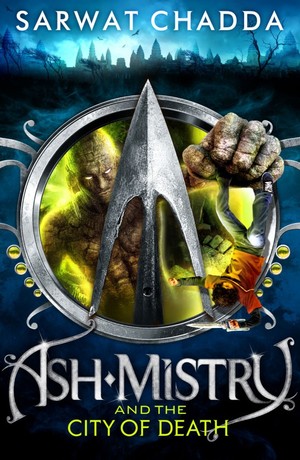 Ash ​Mistry and the City of Death Sarwat Chadda
0

Sarwat Chadda - Ash ​Mistry and the City of Death
Ash ​Mistry is leading a pretty complicated life. There’s school, his unrequited crush on girl-next-door Gemma… and then there’s the fact that he’s the reincarnation of the great Indian hero Rama, not to mention the small detail that he died last year, and came back as an agent of the goddess of death. So when the demon servants of the evil Lord Savage come after Gemma in order to get to Ash, you’d think he’d be ready to take them on. But Lord Savage still has some tricks up his sleeve. And with Gemma out of the picture, the English villain is closer than ever to finding a magical aastra of his own, and the power to rule the world. It’s time for Ash to go up against his enemy once again. Luckily, as the human embodiment of the kali-aastra, Ash can find the weak points in any living thing and kill it. But the key word there is ‘living’. And little does Ash know that Lord Savage has mastered another branch of magic – one which allows him to create whole armies out of un-living stone… 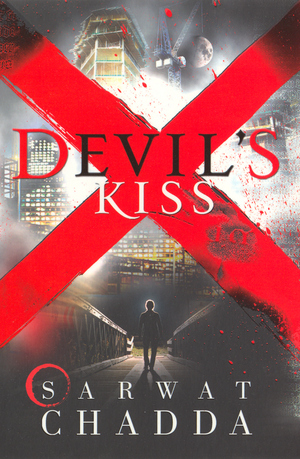 Sarwat Chadda - Devil's ​Kiss
Bilquis ​SanGreal grew up knowing she would have to make sacrifices to be in the Knights Templar. Sacrifices like losing her mother to theTemplar's ongoing battle against the Unholy; sacrifices like trading her childhood in for relentless training; sacrifices that keep her completely isolated from the world of a normal teen girl. Billi's lone wolf status is challenged when her childhood friend, Kay, returns from his psychic training in Jerusalem. Kay manages to stir things up quickly - he's gorgeous, arrogant, and wants slide right back into his old place in Billi's life. Billi is skeptical, but interested, until she meets Michael - an ethereally handsome guy who seems to understand her like no one before him, and effortlessly stakes a claim in her heart. Just as Billi's starting to enjoy this pleasant new twist to her life, Kay ruins everything. In a moment of bravado, Kay uses the last of the Templar's treasures, King Solomon's cursed mirror, and drawing the attention of one of the most dangerous of the Templars' enemies-The Angel of Death. Only with the mirror can the dark angel unleash his full powers, and now that he's heard the call of the mirror, he'll stop at nothing to get it. To save London from catastrophe, Billi will have to make sacrifices greater than she'd ever imagined. 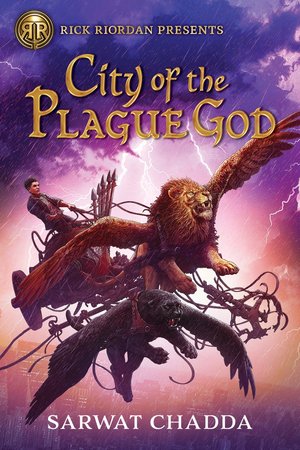 Sarwat Chadda - City ​of the Plague God
Best-selling ​author Rick Riordan presents CITY OF THE PLAGUE GOD, an adventure based on ancient Mesopotamian mythology written by Sarwat Chadda, author of the Ash Mistry series. Characters from the Epic of Gilgamesh populate this high-stakes contemporary adventure in which all of Manhattan is threatened by the ancient god of plagues. Thirteen-year-old Sik wants a simple life going to school and helping at his parents' deli in the evenings. But all that is blown to smithereens when Nergal comes looking for him, thinking that Sik holds the secret to eternal life.Turns out Sik is immortal but doesn't know it, and that's about to get him and the entire city into deep, deep trouble. Sik's not in this alone. He's got Belet, the adopted daughter of Ishtar, the goddess of love and war, on his side, and a former hero named Gilgamesh, who has taken up gardening in Central Park. Now all they have to do is retrieve the Flower of Immortality to save Manhattan from being wiped out by disease. To succeed, they'll have to conquer sly demons, treacherous gods, and their own darkest nightmares. 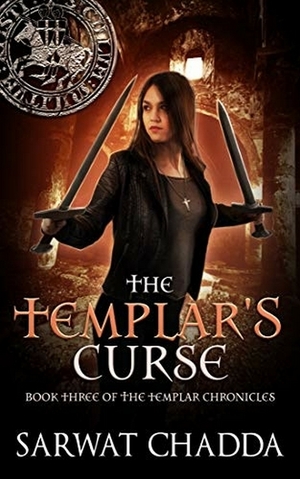 Sarwat Chadda - The ​Templar's Curse
Billi’s ​back. Older, wiser and more deadly than ever… Now eighteen, Billi has settled into her life as a Knights Templar, a London teen by day and ruthless hunter of the Unholy by night. Beside her is Ivan, scion of the Romanov dynasty— wealthy, handsome and devoted to Billi. She has everything she could wish for. And it's all about to be taken away. An ancient evil has risen from the deserts of the Middle East and the only way Billi can stop it is by destroying all she loves. Honour, duty and love are all in deadly conflict. Billi must learn to draw on the darkness within in her own soul, and that to defeat monsters, she must become one herself. For fans of Cassandra Clare and V.E Schwab the Templar Chronicles combine ancient mythology, secret societies and high stakes in a brutally dark world where there is no mercy asked for, and none given. 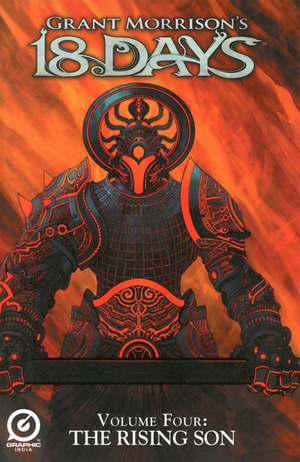 Grant Morrison - Sarwat Chadda - Grant ​Morrison's 18 Days 4. - Rising Son
Collects ​Grant Morrison's _18 Days_ #16-21: From legendary creator Grant Morrison (_Avatarex, All Star Superman, Batman & Robin, The Invisibles_) comes the fourth volume in his epic creation, 18 Days! The battlefield grows deadlier as we explore how the war has affected the next generation through the eyes of Arjuna's son, Abhimanyu. Follow the young warrior's epic adventure as he learns about the consequences of war while being hunted by Emperor Duryodhana's deadliest assassins! 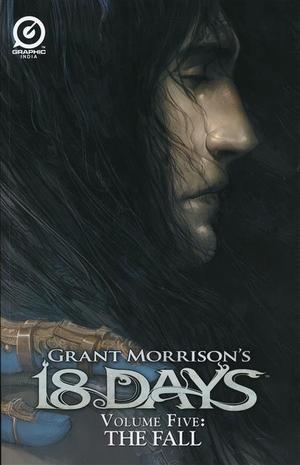 Grant Morrison - Sarwat Chadda - Grant ​Morrison's 18 Days 5. - The Fall
Collects ​Grant Morrison's _18 Days_ #22-26: From legendary creator Grant Morrison (Avatarex, All Star Superman, Batman & Robin, The Invisibles) comes the fifth volume in his epic creation, 18 Days! Since the start of the great war one force has dominated the battlefield: Bheeshma! To take back any hope of winning this war the Pandavas realize they have to find a way to stop the rampage of their grand-uncle but no warrior seems capable of felling him. However, Krishna has a plan in play with the mysterious warrior Shikhandi! 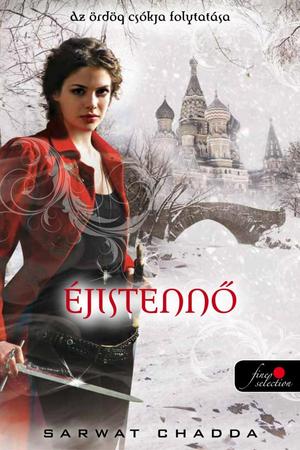 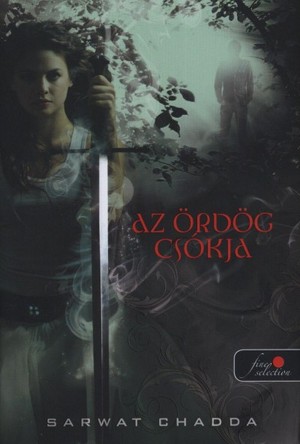 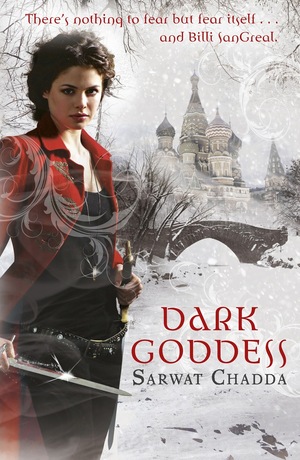 Sarwat Chadda - Dark ​Goddess
After ​the death of her soulmate Kay by her very own sword, Billi SanGreal has thrown herself into the brutal regime of Templar duties with utter abandon. There is no room for feelings any more - her life is now about hunting down the Unholy. But when Billi and another Knight Templar are caught at the heart of a savage werewolf attack, only Billi survives - except for a young girl at the scene who Billi unthinkingly drags away with her as they escape. But Vasalisa is no ordinary girl. She is an avatar with an uncontrollable power - and it's not only the werewolves who want her. Billi has to flee to the frosty climes of Russia, with a human timebomb who, it seems, could destroy the world . . . 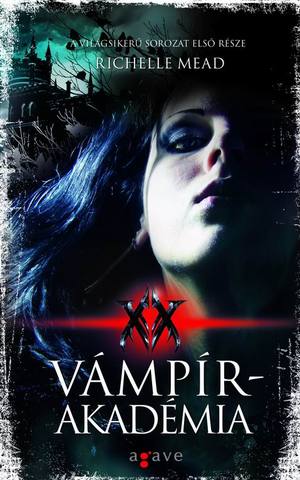