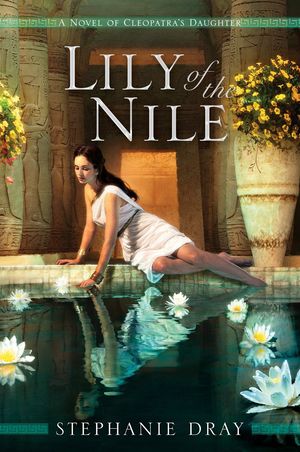 Lily ​of the Nile Stephanie Dray
0

Stephanie Dray - Lily ​of the Nile
Heiress ​of one empire and prisoner of another, it is up to the daughter of Cleopatra to save her brothers and reclaim what is rightfully hers... To Isis worshippers, Princess Selene and her twin brother Helios embody the divine celestial pair who will bring about a Golden Age. But when Selene's parents are vanquished by Rome, her auspicious birth becomes a curse. Trapped in an empire that reviles her heritage and suspects her faith, the young messianic princess struggles for survival in a Roman court of intrigue. She can't hide the hieroglyphics that carve themselves into her hands, nor can she stop the emperor from using her powers for his own ends. But faced with a new and ruthless Caesar who is obsessed with having a Cleopatra of his very own, Selene is determined to resurrect her mother's dreams. Can she succeed where her mother failed? And what will it cost her in a political game where the only rule is win-or die? 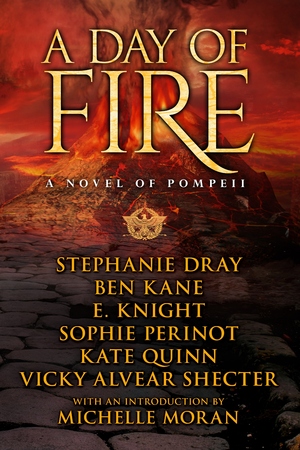 Stephanie Dray - Ben Kane - E. Knight - Sophie Perinot - Kate Quinn - Vicky Alvear Shecter - A ​Day of Fire
Pompeii ​was a lively resort flourishing in the shadow of Mount Vesuvius at the height of the Roman Empire. When Vesuvius erupted in an explosion of flame and ash, the entire town would be destroyed. Some of its citizens died in the chaos, some escaped the mountain's wrath . . . and these are their stories: A boy loses his innocence in Pompeii's flourishing streets. An heiress dreads her wedding day, not knowing it will be swallowed by fire. An ex-legionary stakes his entire future on a gladiator bout destined never to be finished. A crippled senator welcomes death, until a tomboy on horseback comes to his rescue. A young mother faces an impossible choice for her unborn child as the ash falls. A priestess and a whore seek redemption and resurrection as the town is buried. Six authors bring to life overlapping stories of patricians and slaves, warriors and politicians, villains and heroes who cross each others' path during Pompeii's fiery end. But who will escape, and who will be buried for eternity? 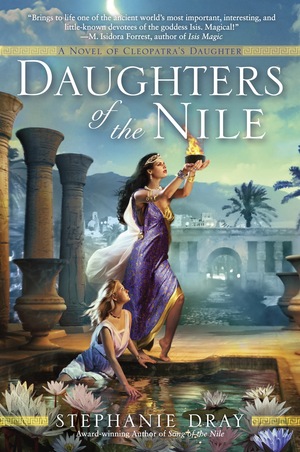 Daughters ​of the Nile Stephanie Dray
0

Stephanie Dray - Daughters ​of the Nile
Based ​on the true story of Cleopatra’s daughter… After years of abuse as the emperor’s captive in Rome, Cleopatra Selene has found a safe harbor. No longer the pitiful orphaned daughter of the despised Egyptian Whore, the twenty year old is now the most powerful queen in the empire, ruling over the kingdom of Mauretania—an exotic land of enchanting possibility where she intends to revive her dynasty. With her husband, King Juba II and the magic of Isis that is her birthright, Selene brings prosperity and peace to a kingdom thirsty for both. But when Augustus Caesar jealously demands that Selene’s children be given over to him to be fostered in Rome, she’s drawn back into the web of imperial plots and intrigues that she vowed to leave behind. Determined and resourceful, Selene must shield her loved ones from the emperor’s wrath, all while vying with ruthless rivals like King Herod. Can she find a way to overcome the threat to her marriage, her kingdom, her family, and her faith? Or will she be the last of her line? 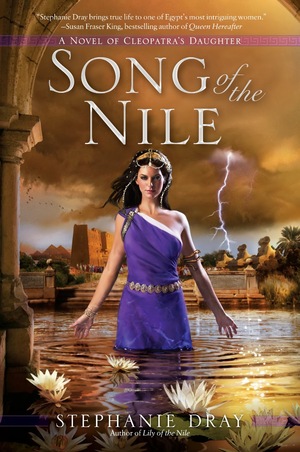 Song ​of the Nile Stephanie Dray
0

Stephanie Dray - Song ​of the Nile
Sorceress. ​Seductress. Schemer. Cleopatra's daughter is the one woman with the power to destroy an empire... Having survived her perilous childhood as a royal captive of Rome, Selene pledged her loyalty to Augustus and swore she would become his very own Cleopatra. Now the young queen faces an uncertain destiny in a foreign land. The magic of Isis flowing through her veins is what makes her indispensable to the emperor. Against a backdrop of imperial politics and religious persecution, Cleopatra's daughter beguiles her way to the very precipice of power. She has never forgotten her birthright, but will the price of her mother's throne be more than she's willing to pay? 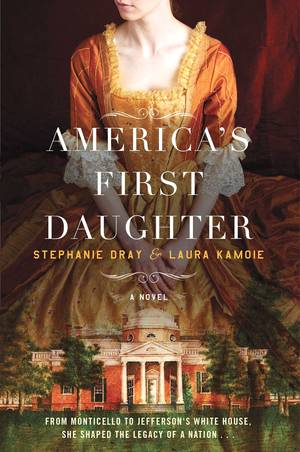 Stephanie Dray - Laura Kamoie - America's ​First Daughter
In ​a compelling, richly researched novel that draws from thousands of letters and original sources, bestselling authors Stephanie Dray and Laura Kamoie tell the fascinating, untold story of Thomas Jefferson’s eldest daughter, Martha “Patsy” Jefferson Randolph—a woman who kept the secrets of our most enigmatic founding father and shaped an American legacy. From her earliest days, Patsy Jefferson knows that though her father loves his family dearly, his devotion to his country runs deeper still. As Thomas Jefferson’s oldest daughter, she becomes his helpmate, protector, and constant companion in the wake of her mother’s death, traveling with him when he becomes American minister to France. It is in Paris, at the glittering court and among the first tumultuous days of revolution, that fifteen-year-old Patsy learns about her father’s troubling liaison with Sally Hemings, a slave girl her own age. Meanwhile, Patsy has fallen in love—with her father’s protégé William Short, a staunch abolitionist and ambitious diplomat. Torn between love, principles, and the bonds of family, Patsy questions whether she can choose a life as William’s wife and still be a devoted daughter. Her choice will follow her in the years to come, to Virginia farmland, Monticello, and even the White House. And as scandal, tragedy, and poverty threaten her family, Patsy must decide how much she will sacrifice to protect her father's reputation, in the process defining not just his political legacy, but that of the nation he founded. 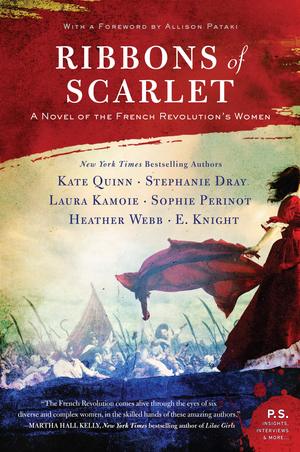 Kate Quinn - Sophie Perinot - Laura Kamoie - Stephanie Dray - E. Knight - Heather Webb - Allison Pataki - Ribbons ​of Scarlet
In ​late eighteenth-century France, women do not have a place in politics. But as the tide of revolution rises, women from gilded salons to the streets of Paris decide otherwise—upending a world order that has long oppressed them. Blue-blooded Sophie de Grouchy believes in democracy, education, and equal rights for women, and marries the only man in Paris who agrees. Emboldened to fight the injustices of King Louis XVI, Sophie aims to prove that an educated populace can govern itself--but one of her students, fruit-seller Louise Audu, is hungrier for bread and vengeance than learning. When the Bastille falls and Louise leads a women’s march to Versailles, the monarchy is forced to bend, but not without a fight. The king’s pious sister Princess Elisabeth takes a stand to defend her brother, spirit her family to safety, and restore the old order, even at the risk of her head. But when fanatics use the newspapers to twist the revolution’s ideals into a new tyranny, even the women who toppled the monarchy are threatened by the guillotine. Putting her faith in the pen, brilliant political wife Manon Roland tries to write a way out of France’s blood-soaked Reign of Terror while pike-bearing Pauline Leon and steely Charlotte Corday embrace violence as the only way to save the nation. With justice corrupted by revenge, all the women must make impossible choices to survive--unless unlikely heroine and courtesan’s daughter Emilie de Sainte-Amaranthe can sway the man who controls France’s fate: the fearsome Robespierre. 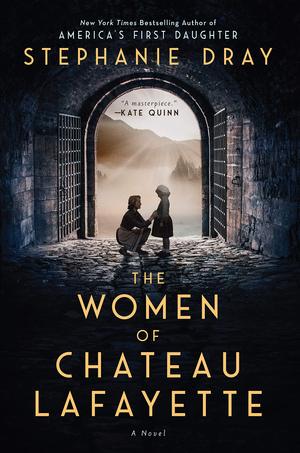 Stephanie Dray - The ​Women of Chateau Lafayette
One ​of Oprahmag.com's "2021's Most Anticipated Historical Novels"! An epic saga from New York Times bestselling author Stephanie Dray based on the true story of an extraordinary castle in the heart of France and the remarkable women bound by its legacy. Most castles are protected by men. This one by women. A founding mother... 1774. Gently-bred noblewoman Adrienne Lafayette becomes her husband, the Marquis de Lafayette's political partner in the fight for American independence. But when their idealism sparks revolution in France and the guillotine threatens everything she holds dear, Adrienne must renounce the complicated man she loves, or risk her life for a legacy that will inspire generations to come. A daring visionary... 1914. Glittering New York socialite Beatrice Chanler is a force of nature, daunted by nothing--not her humble beginnings, her crumbling marriage, or the outbreak of war. But after witnessing the devastation in France firsthand, Beatrice takes on the challenge of a lifetime: convincing America to fight for what's right. A reluctant resistor... 1940. French school-teacher and aspiring artist Marthe Simone has an orphan's self-reliance and wants nothing to do with war. But as the realities of Nazi occupation transform her life in the isolated castle where she came of age, she makes a discovery that calls into question who she is, and more importantly, who she is willing to become. Intricately woven and powerfully told, The Women of Chateau Lafayette is a sweeping novel about duty and hope, love and courage, and the strength we take from those who came before us. 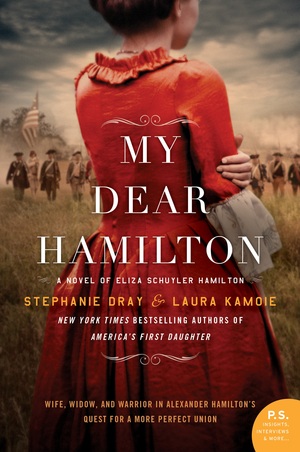 Stephanie Dray - Laura Kamoie - My ​Dear Hamilton
From ​the New York Times bestselling authors of America’s First Daughter comes the epic story of Eliza Schuyler Hamilton—a revolutionary woman who, like her new nation, struggled to define herself in the wake of war, betrayal, and tragedy. Haunting, moving, and beautifully written, Dray and Kamoie used thousands of letters and original sources to tell Eliza’s story as it’s never been told before—not just as the wronged wife at the center of a political sex scandal—but also as a founding mother who shaped an American legacy in her own right. A general’s daughter… Coming of age on the perilous frontier of revolutionary New York, Elizabeth Schuyler champions the fight for independence. And when she meets Alexander Hamilton, Washington’s penniless but passionate aide-de-camp, she’s captivated by the young officer’s charisma and brilliance. They fall in love, despite Hamilton’s bastard birth and the uncertainties of war. A founding father’s wife... But the union they create—in their marriage and the new nation—is far from perfect. From glittering inaugural balls to bloody street riots, the Hamiltons are at the center of it all—including the political treachery of America’s first sex scandal, which forces Eliza to struggle through heartbreak and betrayal to find forgiveness. The last surviving light of the Revolution… When a duel destroys Eliza’s hard-won peace, the grieving widow fights her husband’s enemies to preserve Alexander’s legacy. But long-buried secrets threaten everything Eliza believes about her marriage and her own legacy. Questioning her tireless devotion to the man and country that have broken her heart, she’s left with one last battle—to understand the flawed man she married and imperfect union he could never have created without her…

The ​Princess of Egypt Must Die Stephanie Dray
0

Stephanie Dray - The ​Princess of Egypt Must Die
Princess ​Arsinoe came of age in the glittering court of Ptolemaic Egypt. Abused by her ruthless sister, a pawn in the dynastic ambitions of her father, and dismissed by the king who claimed her for a bride, young Arsinoe finds herself falling in love with a young man forbidden to her. She dreams of a destiny as Egypt's queen, but first she must survive the nest of vipers otherwise known as her family. 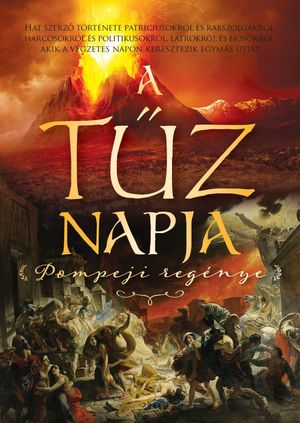 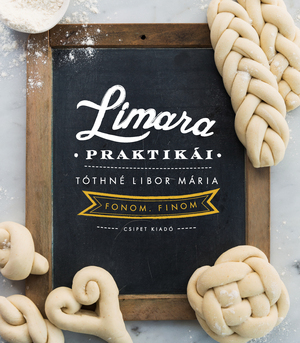