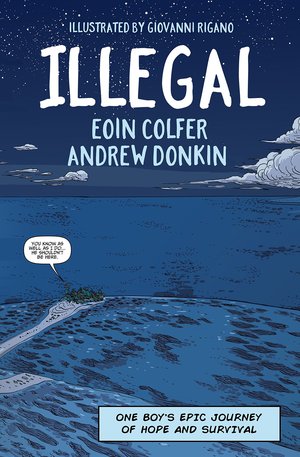 Eoin Colfer - Andrew Donkin - Illegal ​(angol)
This ​is a powerful and timely story about one boy's epic journey across Africa to Europe, a graphic novel for all children with glorious colour artwork throughout. From Eoin Colfer, previously Irish Children's Laureate, and the team behind his bestselling Artemis Fowl graphic novels. Ebo: alone. His sister left months ago. Now his brother has disappeared too, and Ebo knows it can only be to make the hazardous journey to Europe. Ebo's epic journey takes him across the Sahara Desert to the dangerous streets of Tripoli, and finally out to the merciless sea. But with every step he holds on to his hope for a new life, and a reunion with his sister.

Andrew Donkin - Alien ​Abduction
This ​book explores the truth behind alien abductions throughout the ages. 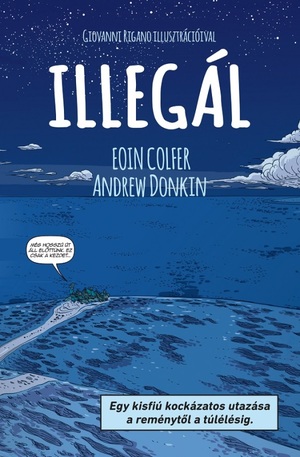 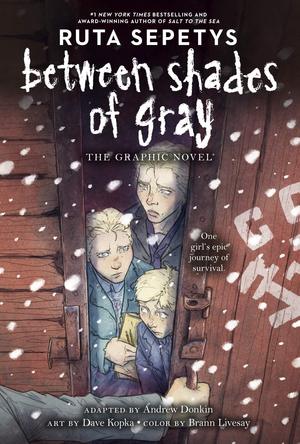 Ruta Sepetys - Andrew Donkin - Between ​Shades of Gray: The Graphic Novel
Just ​in time for the 10th anniversary of Between Shades of Gray, Ruta Sepetys's award-winning debut novel, and inspiration for the major motion picture Ashes in the Snow, is now a gorgeous graphic novel! From #1 New York Times and international bestselling author and Carnegie Medal winner of Salt to the Sea comes a story of loss and of fear--and ultimately of survival--in a brand-new four-color format. "Few books are beautifully written, fewer still are important; this novel is both." --The Washington Post A New York Times notable book An international bestseller A Carnegie Medal nominee A William C. Morris Award finalist A Golden Kite Award winner June, 1941. A knock comes at the door and the life of fifteen-year-old Lina Vilkas changes forever. She's arrested by the Soviet secret police and deported from Lithuania to Siberia with her mother and younger brother. The conditions are horrific and Lina must fight for her life and for the lives of those around her, including the boy that she loves. Risking everything, she secretly passes along clues in the form of drawings, hoping they will reach her father's prison camp. But will her messages, and her courage, be enough to reunite her family? Will they be enough to keep her alive? A moving and haunting novel perfect for readers of The Book Thief, now available as a stunning graphic novel. 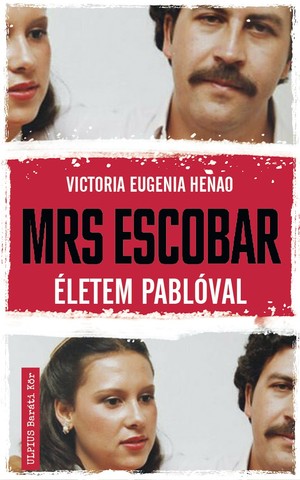