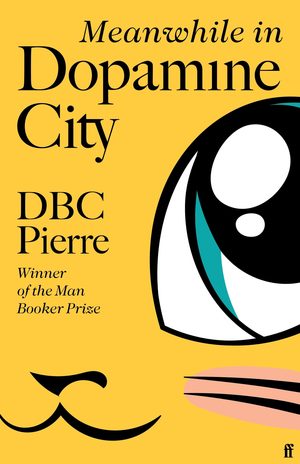 DBC Pierre - Meanwhile ​in Dopamine City
From ​the Man Booker Prize-winning author of Vernon God Little, a humane, deeply empathetic starburst of a satire; the most moving and entertaining exaggeration of the fearful nightmare of trying to raise a kid now. Dopamine City is the story of Lonny Cush, sanitation worker and single parent, kind-hearted and red-blooded, who is trying his best to protect his kids from the hysterical hyper-reality of 21st century life. He lives in an unnamed fictional world city, dominated by a huge tech company akin to Google. A manual worker - although he has been put forward for 'retraining', a euphemism for redundancy - Lonny is out of sync with the changes in his hometown and his century, and doesn't have the means to give his quiet teenage son Egan and his precocious, ultra-demanding nine-year-old daughter Shelby (one of the most memorably awful children in literature!) what they need, or say they need. But with his mother-in-law circling for custody, and needing to win back his kids' favor after he maybe went too far in disciplining Shelby, he succumbs, splashing out on the thing Shelby wants more than anything else: her first smartphone. And so begins the silken silence as she drifts off to her room and down the rabbit hole of memes, trolls, hysteria and peer-pressure, and the true, vertiginous terrors of 21st-century life start flooding into the Cush household. And what should Lonny do? Rescue her or follow her? Because who is right: Lonny, or the world he and everybody else is living in now? 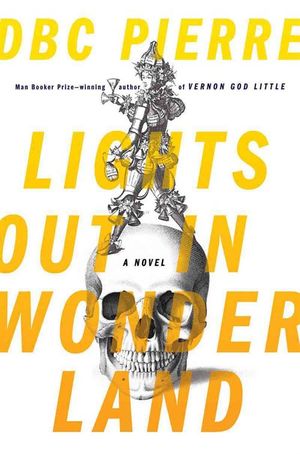 Lights ​out in Wonderland DBC Pierre
0

DBC Pierre - Lights ​out in Wonderland
Gabriel ​Brockwell, aesthete, poet, philosopher, disaffected twenty-something decadent, is thinking terminal. His philosophical enquiries, the abstractions he indulges, and how these relate to a life lived, all point in the same direction. His destination is Wonderland. The nature and style of the journey is all that's to be decided. Taking in London, Tokyo, Berlin and the Galapagos Islands, Lights Out In Wonderland documents Gabriel Brockwell's remarkable global odyssey. Committed to the pursuit of pleasure and in search of the Bacchanal to obliterate all previous parties, Gabriel's adventure takes in a spell in rehab, a near-death experience with fugu ovaries, a sexual encounter with an octopus, and finally an orgiastic feast in the bowels of Berlin's majestic Tempelhof Airport. Along the way we see a character disintegrate and re-shape before our eyes. Lights Out In Wonderland carries you through its many corridors of delight and horror on the back of Gabriel's voice, which is at once skeptical, idealistic, broken and optimistic. An allegorical banquet and a sly commentary on these End Times and the march towards insensate banality, DBC Pierre's third novel completes a loose trilogy of fictions, each of which stands alone as a joyful expression of the human spirit. 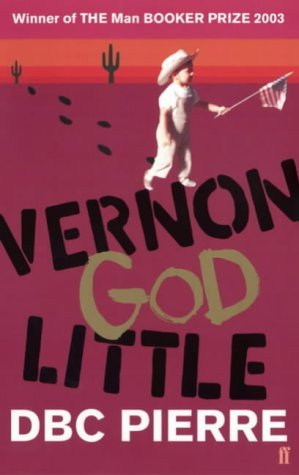 DBC Pierre - Vernon ​God Little
Fifteen-year-old ​Vernon Gregory Little is in trouble, and it has something to do with the recent massacre of 16 students at his high school. Soon, the quirky backwater of Martirio, barbecue capital of Texas, is flooded with wannabe CNN hacks, eager for a scapegoat.