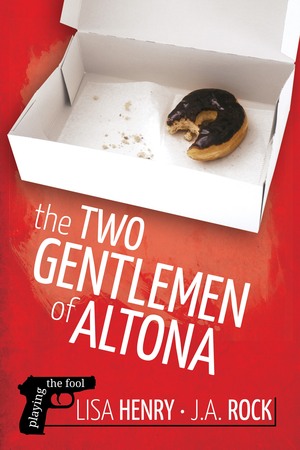 The ​Two Gentlemen of Altona Lisa Henry - J. A. Rock
0

Lisa Henry - J. A. Rock - The ​Two Gentlemen of Altona
Mischief, ​thou art afoot. Special Agent Ryan “Mac” McGuinness is having a rough week. Not only is he on a new diet, but he’s also been tasked with keeping Henry Page—the world’s most irritating witness—alive. Which is tough when Mac’s a breath away from killing the Shakespeare-quoting, ethically-challenged, egg-obsessed Henry himself. Unless killing isn’t really what Mac wants to do to him. Con man Henry Page prefers to keep his distance from the law . . . though he wouldn’t mind getting a little closer to uptight, handsome Agent McGuinness. As the sole witness to a mob hit, Henry’s a valuable asset to the FBI. But he’s got his own agenda, and it doesn’t involve testifying. When evidence surfaces of a mole in the FBI office, Mac and Henry are forced to go into hiding. Holed up in a fishing cabin, they’re surprised to discover that their feelings run more than skin deep. But as the mob closes in, Henry has to make his escape. And Mac has to decide how far he’s willing to go to keep Henry by his side. 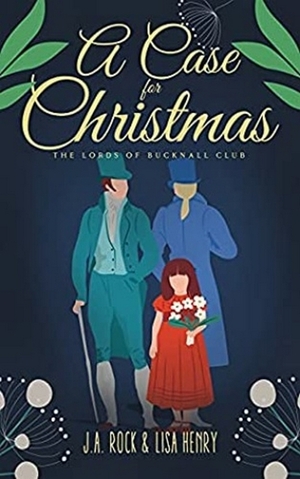 J. A. Rock - Lisa Henry - A ​Case for Christmas
He ​loves no-one and never will. Lord Christmas Gale is a genius and a misanthrope, and, quite to his disgust, adored by all of Society for his capacity to solve mysteries. When a man approaches him seeking help in locating a lost dog, Gale rebuffs him. But what begins with a missing dog ends in murder and intrigue--two of Gale's favourite things, if it weren't for the orphan that comes attached to them. Oh, and Benjamin Chant. He has sworn to never love again. The Honourable Mr. Benjamin Chant isn't sure how he got swept up in Gale's mad investigation, but there's something intriguing about the man--a vulnerability that most of the world doesn't notice, but which captures Chant's interest, and his sympathy, from their first meeting. After a disastrous love affair in the past, Chant has sworn to never give his heart away again. Especially to a man who does not want it. But it isn't just their hearts at stake. When their investigation takes a dangerous turn and their lives are threatened, both Gale and Chant are forced into the realisation that perhaps two imperfect men might fit perfectly together--that is, if they can outwit the killer who is intent on seeing them both dead. 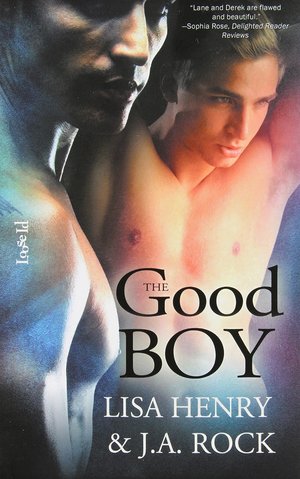 Lisa Henry - J. A. Rock - The ​Good Boy
Introverted ​college student Lane Moredock is in a bad place. His mother has been arrested for securities fraud, his father is on the run, and everyone, including the SEC, suspects Lane knows where the missing millions are. Lane, with no money and nowhere to live, makes a desperate deal that lands him in trouble and leaves him unwilling to trust a so-called Dom again. Photographer Derek Fields lost money to the Moredocks, and is as sure as anyone that Lane is guilty despite his claims. A chance meeting with Lane shows him there might be something more to the young man than arrogance and privilege, and Derek wonders if Lane might be just what he’s been looking for: a sub with the potential to be a life partner. As Lane slowly begins to open up to Derek and explore his needs as a submissive, the investigation closes tighter around him. Lane might be everything that Derek wants, but first Derek needs to trust that Lane is innocent—and Lane needs to trust Derek with the truth. Contains BDSM, some puppy play, and a very obnoxious macaw! 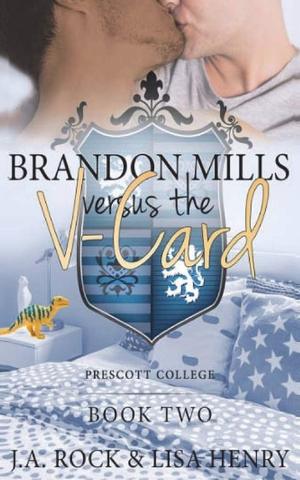 Brandon ​Mills versus the V-Card Lisa Henry - J. A. Rock
0

Lisa Henry - J. A. Rock - Brandon ​Mills versus the V-Card
Smart, ​shy Prescott sophomore Brandon Mills is working hard to overcome his troubled past and be normal. With the help of his friends Mark and Deacon, and his brothers at Phi Sigma Kappa, he’s slowly coming out of his shell. But when he accidentally drenches a freshman in orange soda, he faces something he’s not ready for: a boy crushing on him. Alex Kekoa pledges Phi Sig because it has everything he wants: a house full of nerds who won’t tease him for being smart, a dog, and Brandon Mills. Brandon is just the type of guy Alex needs to help fulfill his college ambition: losing his virginity. Except Alex doesn’t know that Brandon can’t stand to touch or be touched. When Alex and Brandon are drafted onto the Phi Sig Academic Challenge team, their mutual attraction grows. If there’s anyone who can help Brandon discover it feels good to touch and kiss, maybe it’s klutzy Alex with his cute glasses and his dinosaur obsession. But as the competition--and their relationship--heats up, Alex’s determination not to die a virgin clashes with Brandon’s vow of lifelong celibacy, forcing them to examine what’s truly important to each of them about love. 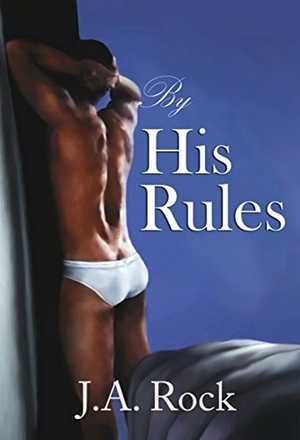 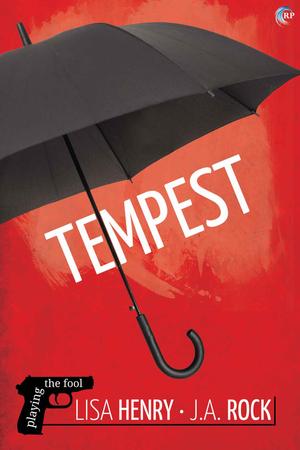 Lisa Henry - J. A. Rock - Tempest
_Something ​wicked this way comes._ FBI Agent Ryan “Mac” McGuinness and con man Henry Page are on the run again. This time they’re headed back to where it all began: Altona, Indiana. Population: some goats. Henry’s not happy about lying low at the McGuinness family farm, but they’ve got nowhere else to go. While Mac fights to clear his name and Henry struggles with whose side he’s really on, a ghost from the past threatens to destroy everything. And those aren’t the only storms on the radar. Cut off from both sides of the law, Mac and Henry must rely on their tenuous partnership to survive. If Henry can convince himself to let Mac see the man behind the disguises, they’ll stand a chance of beating the forces that conspire against them. The course of true love never did run smooth, but for the two of them, it might be their only hope. 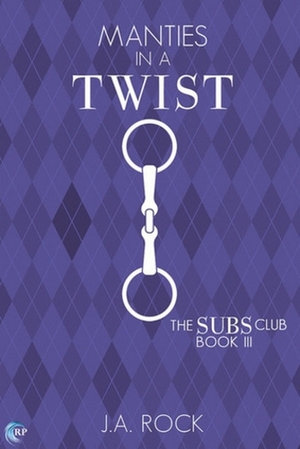 J. A. Rock - Manties ​in a Twist
Look, ​I’ll never stop missing Hal, but this Subs Club my friends started to review suck-ass doms isn’t gonna bring him back or give him justice. For me, it’s just another chance to hang out with my friends, even if they think I’m too dumb to understand the important work we’re supposedly doing. But maybe I’m not as dumb as they think—at least I know when I’ve got a good thing going. Which is why I just moved in with my dom. Ryan’s awesome possum. He’s really short, never makes me feel stupid, and is up for anything. One word: costumes. Two more words: women’s underwear. We’re all about the lace, no leather. Except when we do pony play. We first tried it as a joke, but turns out I’m ballin’ at it. Now PetPlayFest is coming up, and I wanna take down the Subs Club’s archrival, Cinnamon the ponygirl, in the horse show. My friends think I’m spending too much time with Ryan and ignoring my obligations to the group. But since when is friendship an obligation? Ryan’s my first serious relationship, and I want to take it . . . seriously. At some point I need to think about my future, not my past. —Kamen 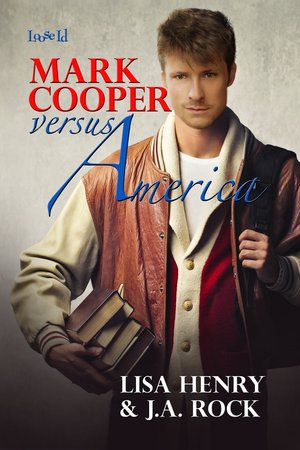 Lisa Henry - J. A. Rock - Mark ​Cooper versus America
Mark ​Cooper is angry, homesick, and about to take his stepdad’s dubious advice and rush Prescott College’s biggest party fraternity, Alpha Delta Phi. Greek life is as foreign to Aussie transplant Mark as Pennsylvania’s snowstorms and bear sightings. So, when the fraternity extends Mark a bid, Mark vows to get himself kicked out by the end of pledge period. But then he’s drawn into Alpha Delt’s feud with a neighboring fraternity. Studious Deacon Holt is disappointed to learn Mark’s pledging Alpha Delt, his fraternity Phi Sigma Kappa’s sworn enemy. Mark is too beautiful for Deacon to pass up an invitation for sex, but beyond sex, Deacon’s not sure. He wants a relationship, but a difficult family situation prevents him from pursuing anything beyond his studies. Mark and Deacon’s affair heats up as the war between their fraternities escalates. They explore kinks they didn’t know they had while keeping their liaison a secret from their brothers. But what Romeo and Juliet didn’t teach these star-crossed lovers is how to move beyond sex and into a place where they share more than a bed. That’s something they’ll have to figure out on their own—if the friction between their houses, and between Mark and America, doesn’t tear them apart. 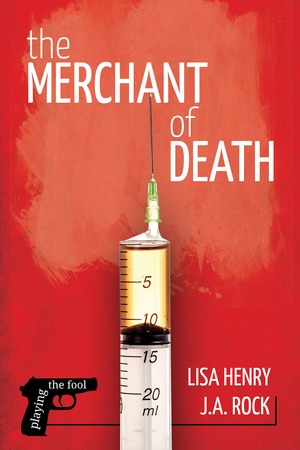 Lisa Henry - J. A. Rock - The ​Merchant of Death
_All’s ​fair in love and war._ There’s something rotten in the state of Indiana. When con man Henry Page takes it upon himself to investigate the death of an elderly patient at a care facility, he does so in true Shakespearean tradition: dressed as a girl. FBI Agent Ryan “Mac” McGuinness has more to worry about than Henry’s latest crazy idea. Someone is trying to send him a message—via a corpse with a couple of bullets in it. He needs to figure out who’s trying to set him up before he gets arrested, and he really doesn’t have time for Henry’s shenanigans. Then again, he’d probably be able to focus better if Henry didn’t look so damn distracting in a babydoll dress and a wig. But when Mac discovers that Henry has been keeping a secret that connects the cases, he has to find a way to live on the right side of the law when he just might be in love with the wrong sort of man. 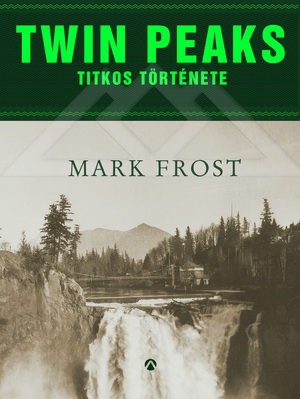