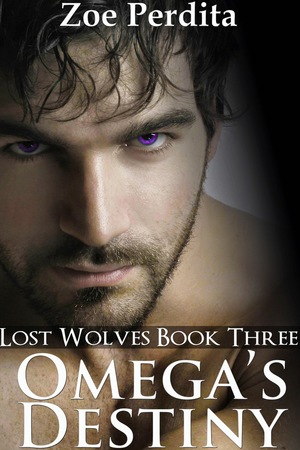 Zoe Perdita - Omega's ​Destiny
Maxim ​Reznik is the alpha king of a land ravaged by war from without and traitors from within. The barrier that keeps his shifters safe from attacking humans is on the brink of collapse, and the only one who can save his kingdom is the wolf who betrayed Maxim years before – his omega and ex-lover – Sasha Volkav. When Sasha severed their mate bond, Maxim never thought he’d see the omega wolf again. Now Maxim has a wife, a kingdom and a mess of responsibilities, but Sasha needs Maxim’s help. While Sasha ignites old passions Maxim swore died years ago, trusting the omega is a different matter entirely. Sasha might be an omega, but he’s not weak by any means. A curse grants him unimaginable powers that come at a high price – they’re slowly killing him. If Sasha breaks the curse he can save Maxim’s kingdom and his own life. The only problem is he needs his ex-mate’s help to do so, and Maxim isn’t the same alpha Sasha remembers. Years of betrayal have hardened Maxim’s heart, and if Sasha can’t gain Maxim’s forgiveness all is lost. Lust sizzles between Sasha and Maxim, but can they repair their severed bond and fall in love again before it’s too late? 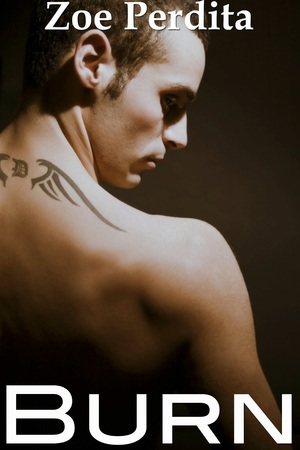 Zoe Perdita - Burn
When ​Ben and Axel settled in Santa Cruz, they thought they’d finally get some peace. They were wrong. An old pack war is brewing, and two local werewolves need their help. Quinton Santos and Gage Varela are the only remaining wolves from the once great Westside pack. As a dangerous threat resurfaces, they need an alpha to lead their pack. But Gage and Quinton are only beta wolves. Even worse, they can hardly stand each other. Gage knows the rich and arrogant Quinton is his mate. While giving into his desire for the beautiful man is easy, Gage isn’t about to fall in love. Quinton used to be confident, but the fire that killed his family left scars deeper than those on his skin. He knows Gage is the stronger wolf, and he’s worked hard to prove he’s not weak. But no matter what Quinton does, Gage only sees him as rich and useless. When the leader of the rival Eastside pack, a destructive alpha hell-bent on killing them, attacks, they need Axel and Ben’s help to defeat him. Axel and Ben work to bring their new pack together, but it isn’t easy with two betas who are at each others throats. After years of hurt, can Gage and Quinton let go of the darkness in the past and forgive enough to fall in love? 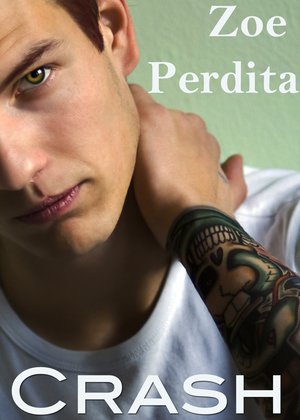 Zoe Perdita - Crash
Ben ​Singer, an omega werewolf, has been in love with his former best friend and the alpha scion of their wolf pack, Axel, from the time they were teenagers. Ben thought they were mates, but the rules of their pack kept them apart. Axel Cross is a fuck-up. The sexy tattooed wolf threw away his chances of ever becoming pack alpha at seventeen, and Ben has no idea why. When Axel’s uncle kicks Ben out of their Pittsburgh pack, it’s the chance the omega has been waiting for. Then Axel demands to accompany the smaller wolf. The only problem is Ben wants to run away for good – away from the pack Axel’s uncle decided the omega should join and away from Axel. But Axel doesn’t take ‘no’ for an answer. He’s determined to go with Ben, even if the omega doesn’t want him around. While desire stirs between Axel and Ben, years of heartache haunt them. Can the alpha and omega let go of their past and the old pack in order to find a bright new future together? 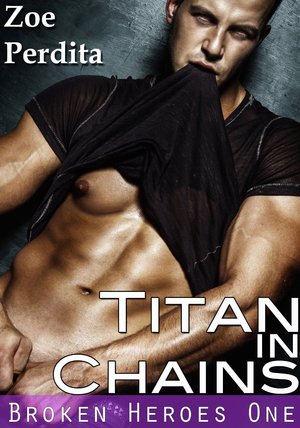 Zoe Perdita - Titan ​in Chains
They ​call him Titan. Calder King has it all: a football scholarship at a prestigious university, a guaranteed position as CEO of his family's company (someday) and all the hot co-eds he can handle, but Calder is way more interested in his missing memories and the weird things he can do -- like his super strength and invulnerability. Not to mention the crazy vigilantes terrorizing the city, the ones Calder alone (aka Titan) can handle. Enter super genius Patrick Black. Not only is he Calder's new college roommate, he's also the ward of the man Calder's family despises. On the surface they should be enemies, but Patrick's the only person who understands what it's like to have the whole world expect stuff from you -- stuff Calder's not sure he can give. Never mind that Patrick is also openly gay and way too hot for his own good. Because Calder is straight, and Patrick doesn't date straight guys. Patrick Black's whole persona is a carefully controlled lie. By day, he's a studious college student, and by night he's a vigilante exposing the city's dark underbelly as Apprentice. That doesn't mean he can't have a little fun once in a while. Calder King is fun and gorgeous, but he's also as straight as a damn ruler, which takes him off the table. When a mysterious stranger named Titan rescues Patrick one night, sparks fly. If Patrick can’t have Calder, maybe Apprentice can have Titan. Lust and sex bring these two college roommates together but will their buried secrets tear them apart? 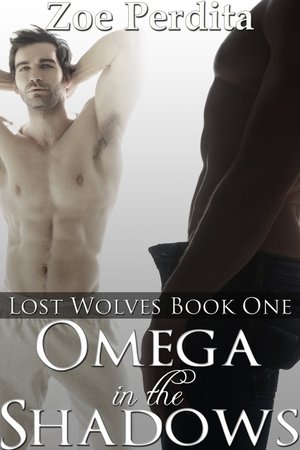 Omega ​in the Shadows Zoe Perdita
0

Zoe Perdita - Omega ​in the Shadows
Rowan ​Gregor is a CIA agent who vows never to get close to another wolf after his pack is brutally murdered by hunters. Enter Elijah Kane, an efficient and shadowy omega assassin on the run from the CIA. When Rowan is tasked with hunting down Kane, he ends up at the mercy of a wolf with nothing left to lose - a wolf who is sure Rowan is his mate. Elijah Kane is hell bent on proving he's stronger and smarter than every alpha he meets - including the alpha CIA agent sent to kill him. But Rowan lights a fire of lust that Elijah can't ignore. They share a rare connection - a mate connection - and he's not going to give up on Rowan until the man sees it too. Trapped in a snowy wilderness and besieged by hunters, desire sizzles between Elijah and Rowan. Can they overcome their differences, and their pasts, and forge a bond to save their future? 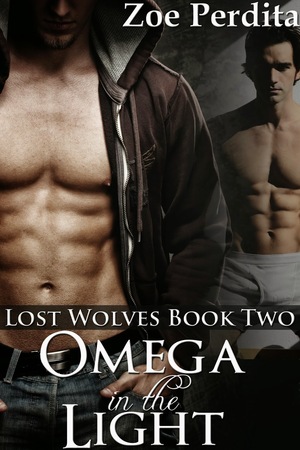 Omega ​in the Light Zoe Perdita
0

Zoe Perdita - Omega ​in the Light
One ​terrible mistake cost Zev Oren his family, his place as pack alpha and his future. Living as a disgraced mercenary and beset by guilt, Zev is sure things can't get much worse. Then he meets Simeon Kane, the omega assassin sent to kill him. Simeon's presence wakes a passion Zev tried to bury years ago, but that passion could keep Zev from ever returning home. Because in order to do so he must regain his honor, clean up his act and deny he's gay. Simeon wants to complete his mission, assassinate his mark and move on. Emotions aren't a part of the job, and he'd like to keep it that way. When he's sent to kill the sexy alpha with the lopsided grin, Simeon can't pull the trigger. Zev is too vibrant and handsome and. . . married. But he makes Simeon feel alive. The fiery lust and strange sensations rising between them is more than simple desire - it's the mark of true mates. While fighting assassins, hunters and a murderous warlord is easy - falling in love isn't. Can Zev and Simeon repair their shattered souls and give in to the bond set by fate? 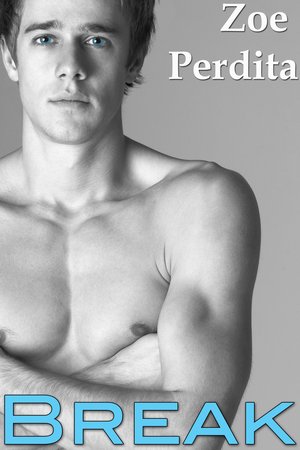 Zoe Perdita - Break
Being ​an omega sucks. Luca Collins should know. His pack mistreats him, his dad doesn't care about him, and bullies make his life hell. Enter Colton Smith, the kind hearted human who befriends Luca. They share a first kiss, a first love, and plan to run away from their little Montana town and start a new life together. But fate has different plans. While Luca is sure Colton's his mate, that belief is shaken when a group of wolf hunters attack Luca's pack -- a group Colton belongs to. Proof that humans and wolves don't mix. Alone and brokenhearted, Luca flees town and ends up in the clutches of a sadistic alpha. When they meet again, Colton's a wolf, and Luca is hiding in a shell, broken into a thousand different pieces from countless abuse. Can they overcome the secrets that tore them apart and find the love they once shared? 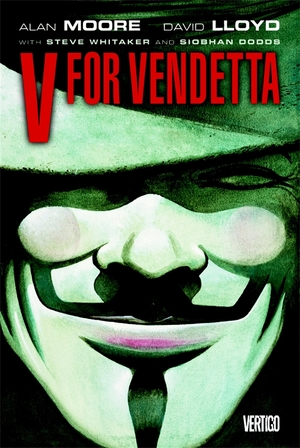