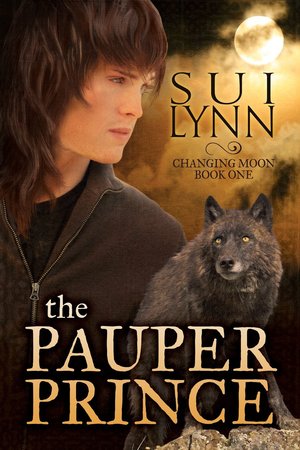 Sui Lynn - The ​Pauper Prince
Andrew ​Reed is smart and educated, but as long as his people are enslaved to the vampires, his options are limited. When he discovers a strange young man in his family’s barn, he shifts forms and trails the thief, trying to decipher why he smells familiar with a hint of something more. Excited by what he discovers, he reveals himself to Lance, and they return to Lance's camp in the forest. When Andrew's family takes it on themselves to “help” by investigating Lance’s past, Andrew finds something neither of them could have imagined. If they band together, they have a chance to win their freedom—and a brighter future for all the races. 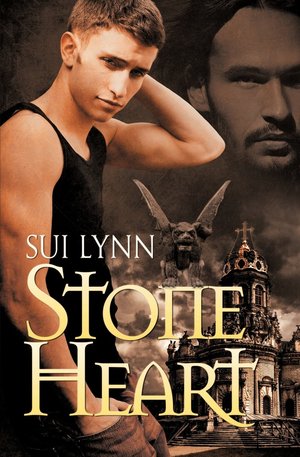 Sui Lynn - Stone ​Heart
With ​renovations of his old Gothic church almost complete, Justin prepares for the grand opening of his gallery. Now content and happy, Justin feels safer than he has in a long time, but it's shattered when he's attacked and beaten in his own home! When David finds Justin and leaves unwanted gifts, Justin's no longer safe, day or night. His dreams of warm strong arms and dark wings are his only comfort, offering him an illogical security through the night. Gargoyle, Cullen sits his post as he has for centuries, guarding the souls of those who enter the church. Awake for the first time in a century, he notices the new owner with curiosity and a possessiveness he's never known before. Will Justin finally find peace, wrapped in dark wings and the beating of a Stone Heart? 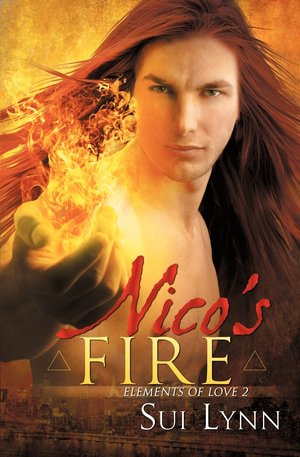 Sui Lynn - Nico's ​Fire
Jude ​Jamison is a Jesuit Inquisitor, part of the pope's force of special investigators. He suspects his cover has been blown as he's been under constant attack. Without the gargoyles his friend Evan sent along as his guardians, and a strange ability to start fires, he'd already be dead. Nicolai sees a gargoyle circling a smoldering building. He investigates the rare creature and is totally unprepared for the discovery of his human mate, lying amid the rubble. After waiting two millennia to find his mate, fate must be laughing. A human will never survive in his world. Yet he's unable to leave the beautiful man behind. Together can the two find a way to survive? Is this love's first fire? 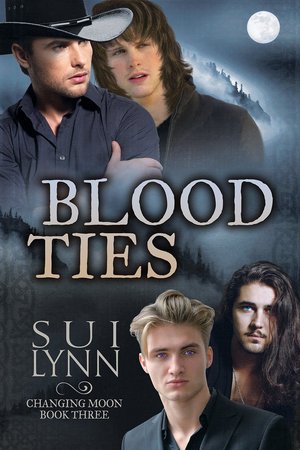 Sui Lynn - Blood ​Ties
When ​Lance is kidnapped from his adopted grandfather s home, Andrew believes there is a traitor among Lord Basil s drones, despite the fact that the born vampire supports Lance and Andrew s crusade to free shifters from vampire subjugation. Lance awakens to finds Andrew's baby sister, Angela, and a young boy shackled to a wall next to him, and a corpse nearby. Brad, a former drone of Basil's, tortures them in an effort to drive Lance insane and prove that pureblood shifters are unstable and need to be destroyed before he gets them all killed. Stephon comes home after a trip to an orgy disguised as an unbirthday party. His mate, Quinn, shows up uninvited and is angry at the perceived infidelity. It isn t easy to rekindle a relationship after a 270-year separation. As old arguments and insecurities resurface, Quinn decides the only way to keep Stephon safe might be to force the stubborn older vampire into hibernation, until he can defeat his father, Lord Rufus. 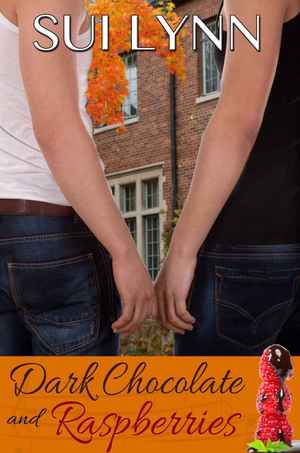 Sui Lynn - Dark ​Chocolate and Raspberries
18-year-old ​Dylan’s talent for music almost equals his diva persona. Everyone knows Dylan enjoys pushing people around, but does he really? When Taj is charged with taking Dylan under his wing, he discovers the shy boy behind the diva mask. When Dylan walks in on Taj kissing Ben, their budding feelings may not be able to withstand the blow. Stunned, Dylan runs from the room. Taj gives chase, trying to catch him to tell him the kiss he saw was the result of a game played in the dorm called Raspberries. Will their love blossom into kisses, drown in drunken chocolates, or erupt in raucous raspberries in Dark Chocolate and Raspberries? 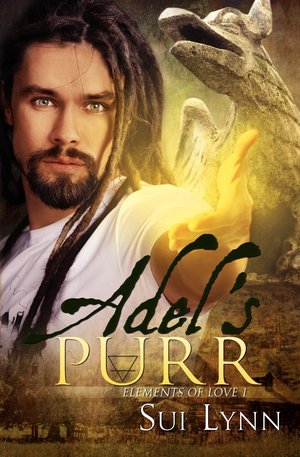 Sui Lynn - Adel's ​Purr
Evan ​Hallvard is a stone mason, like his father before him. In a world struggling to recover from a war that swept humanity to the brink, Evan struggles to learn about and control a power he knows nothing about. He can create and awaken living stone gargoyles. When he receives a message from his contacts that a large gargoyle is about to be destroyed by the Church, Evan rushes to save it.Adel has been asleep for centuries; this century -- with its mechanical devices and human beings set on their own destruction -- holds no interest for him. Yet, through the haze of his hibernation, he hears a voice calling to him, needing him. When he awakens, he is restrained by those he is sworn to protect. Struggling does him no good, and he is about to close his eyes on a world that no longer wants him, when he hears that voice calling again. Calming, soothing, it draws him forth, softening his stone heart like no other ever has.Between the evil that hunts Evan and the Church that wants Adel destroyed, will the two be able to find love, wrapped up in Adel's Purr? 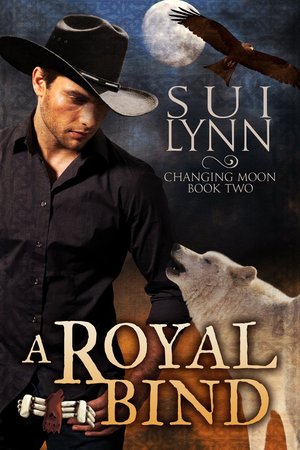 Sui Lynn - A ​Royal Bind
Lance ​Fitz and Andrew Reed are a blissfully mated pair, but Andrew’s benefactor Stephon, a born vampire, isn't happy with the pairing, especially after he discovers Lance’s pedigree. Stephon attempts to find answers using his mental connection with Andrew, and when his efforts fail, he goes after Lance’s new shifter family. Enraged, Lance severs the tie to Stephon. He wants to tear apart the abusive vampire and free his mate and family for good. But before he can try, the family reminds Lance that the death of one vampire won't change the social status of shifters as an enslaved people. The fight won’t end with Stephon, even if Lance succeeds. 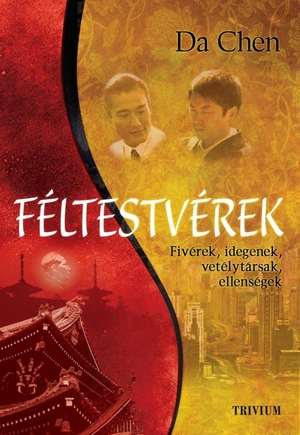