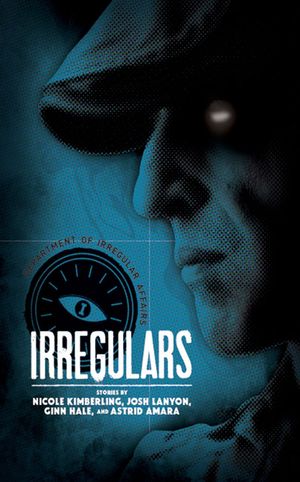 Josh Lanyon - Nicole Kimberling - Ginn Hale - Astrid Amara - Irregulars
It’s ​a secret international organization operating in cities on every continent. It polices relations between the earthly realm and those beyond this world, enforcing immigration laws, the transfers of magical artifacts, and crimes against humanity. The agents who work for the NATO Irregular Affairs Division can’t tell anyone what they do, or how hard they work to keep us safe. It brings a colorful collection of men together: Agent Henry Falk, the undead bum. Agent Keith Curry, former carnivore chef turned vegetarian; Agent Rake, Babylonian demon with a penchant for easy living; and Agent Silas August, uncompromising jerk. Four cities, four mysteries, four times the romance. Is your security clearance high enough to read on? 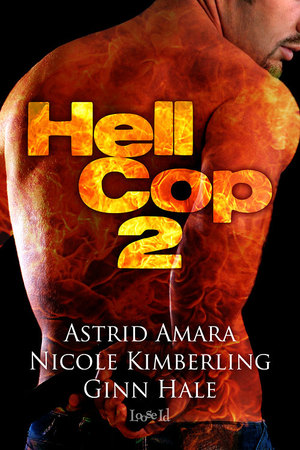 Astrid Amara - Nicole Kimberling - Ginn Hale - Hell ​Cop 2
Trust ​Me by Astrid Amara Brian Day's no longer the naïve country boy Jay Yervant fell in love with. A hardened hell cop with dangerous powers, Brian's osmotic abilities are growing out of control. When two men are found dead, killed by an osmotic, Jay wants to clear Brian's name. But Brian's erratic powers threaten even Jay's survival, and he's left wondering if his lover is as innocent as he claims. Dark Waters by Nicole Kimberling After a year of seeing Detective Argent, Michael Gold is uncertain about the future of their relationship. Can a liberal university professor and a Hell Cop find a happily ever after? When Michael invites Argent on an anthropological study, he thinks they're performing an experiment in domesticity. But when a dead body appears, Michael and Argent end up playing detective instead of playing house. Such Heights by Ginn Hale Photojournalist James Sparks fled to the exotic Storm Palace to escape his relationship troubles. But soon he's witness to a murder, and the man he least wants to deal with -- his lover, Detective Ben Moran -- is on the case. 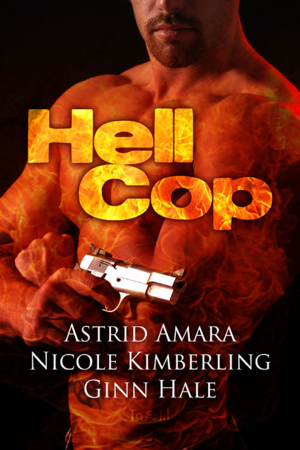 Astrid Amara - Nicole Kimberling - Ginn Hale - Hell ​Cop
Welcome ​to Parmas City, where demons and sorcerers live among ordinary people and a few tough Hell Cops protect them all. Jay, Argent, and Ben are three of them, and they've just met the men of their hottest dreams. Next of Kin by Astrid Amara Jay Yervant is a Hell Cop so powerful that his bare skin incinerates anyone he contacts. Isolated, he is tortured by desire, until he meets Brian, a sensual young man who touches him with impunity. But Jay's burgeoning hope is threatened when a malevolent sorcerer unleashes a host of demonic assassins against Brian. Keeping his lover may cost Jay his life. Red Sands by Nicole Kimberling Anthropologist Michael Gold's got problems. His apartment's been ransacked, his dad's missing, and he's been framed for murder. As a half-demon he expects trouble from the city's Hell Cops. Instead, he gets Argent, a man with intimate knowledge of Michael and whom Michael can't penetrate with his psychic powers. So does Argent want to clear him or expose him? Touching Sparks by Ginn Hale When photojournalist James Sparks discovers an underworld of sorcery, blood sports and demonic drug traffic, he turns to Detective Ben Moran, a hard-bodied Hell Cop whose touch sends James's pulse racing. But when James uncovers evidence of police corruption he realizes that Moran may be in as much danger as he is.