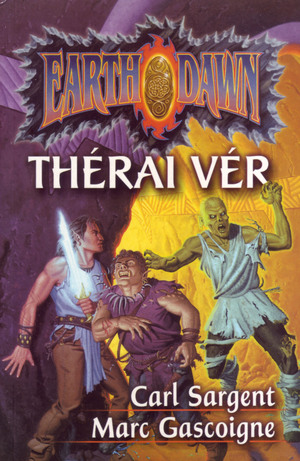 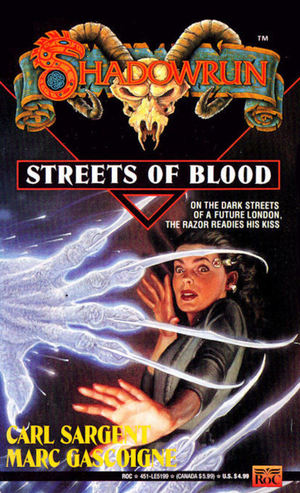 Carl Sargent - Marc Gascoigne - Streets ​of Blood
RAZORS ​IN THE FOG London, 2054. Shadows dance in every fog-bound lane and alley of the historic city—shadows that hide a sadistic murderer, somehow summoned from Victoria’s reign to kill once more. An uncertain alliance of shadowrunners is thrown together by violent death and corporate intrigue. Geraint, noble lord from the Principality of Wales, Adept, politician, bon vivant. Serrin, renegade Elf mage from Seattle, in search of vengeance or forgetfulness. Francesca, high-class decker for hire, haunted by blood-drenched nightmares. Rani, Punjabi Ork, street samurai, a true shadow-dweller from the lowest level of British society. All are drawn into a web of death and deceit; a conspiracy which reaches to the highest powers of the land; an intrigue built upon murder and manipulation. When death stalks the dark streets of London, no one will be safe from the razor’s kiss.

Carl Sargent - Marc Gascoigne - Nosferatu ​(angol)
The ​newest installment in the bestselling Shadowrun series. It is a near-future world where magic has run amuck. Technology combines with mystical power to create a new land of danger, monsters, and adventure. The masters of this battle-scarred landscape are the Shadowrunners, men and women assassins with the power to take out anyone and anything--for a price. 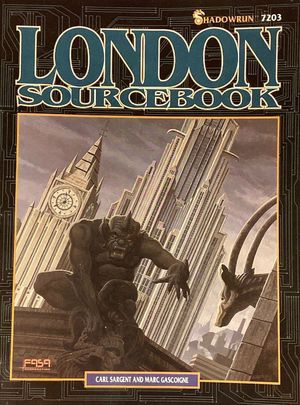 Carl Sargent - Marc Gascoigne - London ​Sourcebook
From ​the chaos of greater London to the majesty of the Welsh Wild Lands and the fey court of Rhiannon Glendower of Snowdonia, the lands of the modern United Kingdom are shrouded in power and mystery. The nobility, megacorporations, and ruling druidic government are all locked in an intricate dance of domination as the land itself fights against the toxic death man has brought her. Here, magic reigns, oppression rules, and the shadows run black and deep. Welcome to the Smoke, term. It's party time. The London Sourcebook is a reference for the Shadowrun roleplaying game. It details the political, social, economic, and magical power bases of the United Kingdom. Also covered are the streets, customs, laws, and places of interest in London and the surrounding areas. 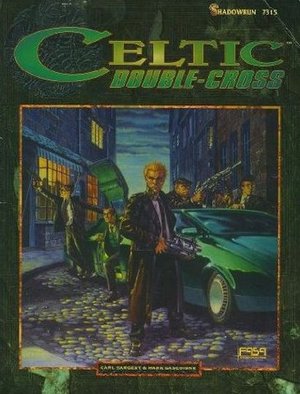 Carl Sargent - Marc Gascoigne - Celtic ​Double-Cross
Renowned ​as a land of wonders, Tír na nÓg brims with with ancient elven art and sophisticated elven nobles, powerful magic and cutting-edge technologies. But beneath this cultured facade lies a dark mix of long-simmering feuds and Machiavellian plots. Now add a dash of good old UCAS politics, and you have a Byzantine brew of betrayal and bloodshed, a Mickey Finn with a lethal kick. Celtic Double-Cross is a Shadowrun adventure for advanced players and gamemasters. It is compatible with both Shadowrun, Second Edition rules and the original first-edition rules. The Tír na nÓg sourcebook is required for play. 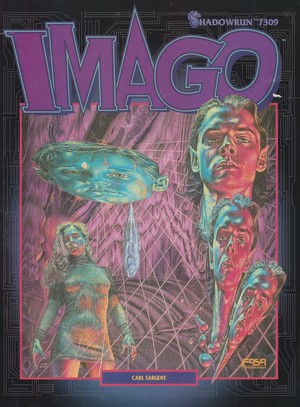 Carl Sargent - Imago
GREAT ​BRITAIN AWAITS! There's bound to be trouble when Seattle-based shadowrunners are imported to take care of business in the United Kingdom. A valuable employee of one of Britain's largest megacorporations may be missing, and Transys Neuronet will be damned if they're going to let anyone on their side of the pond know about it. The search takes the runners through Scotland, the city of Edinburgh, and to darker corners of the Matrix than they ever dreamed existed. It's a complex puzzle of betrayal, friendship, isolation, hatred, blinding love, vengeance, and, in the most bizarre twist of all - life after death. Imago is an adventure for Shadowrun. It includes high-level dealings with the realms of magic and the Matrix, separately and in unique combination. The London Sourcebook, Virtual Realities, and The Grimore are recommended for play, but not required. Imago has been designed for use with Shadowrun, Second Edition, but can be used with the first-edition rules. 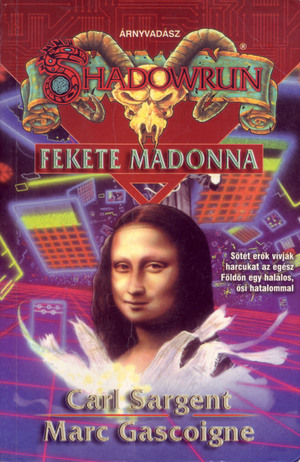 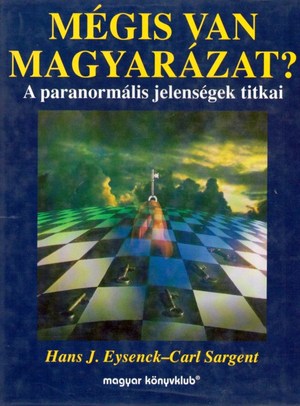 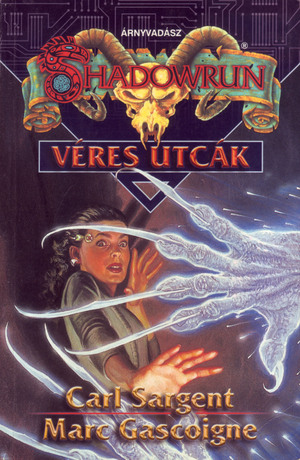 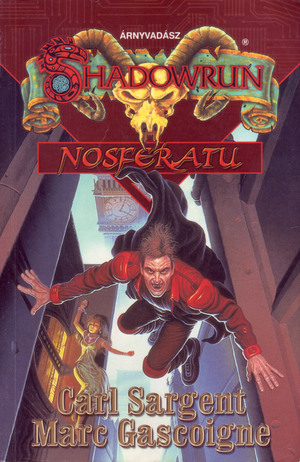 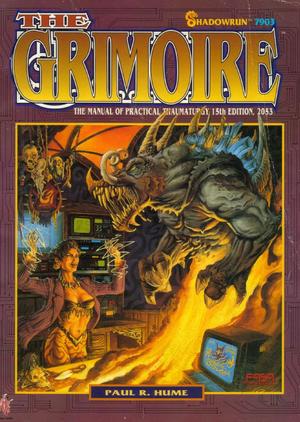 Paul Hume - Tom Dowd - Mark Chaffe - Stephen Kenson - Christopher Kubasik - Carl Sargent - The ​Grimoire
The ​Grimoire is the book of magical power for the Shadowrun world. Inside, gamemasters and players will find essays on the magical world and roleplaying magicians. It includes rules on spell design, finding and forming magical groups, initiation into higher forms of magic, enchanting, alchemy, free and ally spirits, the exploration of the metaplanes, and powerful magical threats. The Grimoire, Second Edition revises and expands on the original Grimoire, bringing it up to date with the Shadowrun, Second Edition game system. In addition to the revised sections, Grimoire, Second Edition contains a new kind of adept, new physical-adept powers, a new metamagical ability, an expanded spell list, and more fearsome insect spirits. 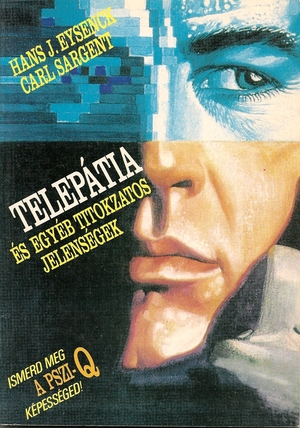 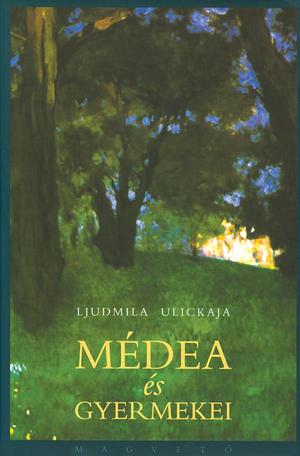