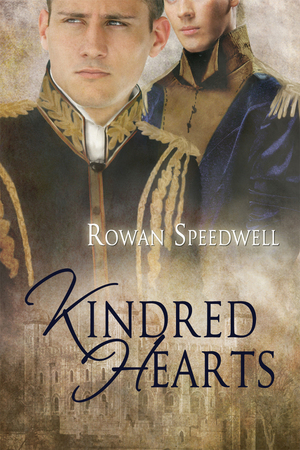 Rowan Speedwell - Kindred ​Hearts
Charming ​rascal Tristan Northwood seems to have it all: an ancient name, a noble inheritance, a lovely wife, and a son he adores. Women love him, men admire him, and it seems there is nothing he can’t do, whether it’s seducing a society wife or winning a carriage race. Little does Society suspect that the name means nothing to him, the fortune is in his father’s controlling hands, and he has no interest in his wife except a very distant friendship. Society bores him, and he takes dares because he only feels alive when he’s dancing on the edge... until his wife’s brother comes home from the wars. Decorated war hero Major Charles Mountjoy jerks Tris out of his despair by inspiring feelings of passion Tris had never suspected himself capable of. Almost as terrifying as those feelings for Charles are the signs Charles might return his affection - or, even worse, that Charles sees the man Tristan has been trying so valiantly to hide from the world. 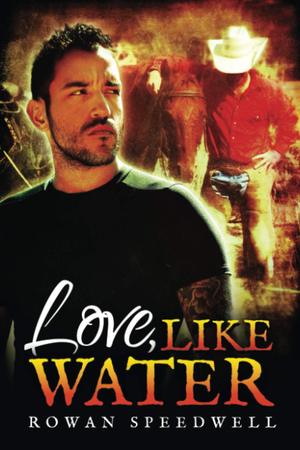 Rowan Speedwell - Love, ​Like Water
Three ​years undercover with one of the worst gangs in the country left FBI agent Joshua Chastain shattered. Battling nightmares and addiction, he leaves the concrete jungle for New Mexico horse country, hoping to start over on his uncle’s ranch. Foreman Eli Kelly spends his life rehabilitating abused animals, and Joshua is just another lost soul. But as Joshua slowly begins to put his life back together, Eli realizes that Joshua is a lot more than his newest project. Joshua’s plan seems to work—maybe a fresh start was just what he needed. Then, just when he has finally found a sense of peace, crime and hatred nearly destroy all his hard work. forcing him to reevaluate what he wants out his relationship with Eli and his own life. 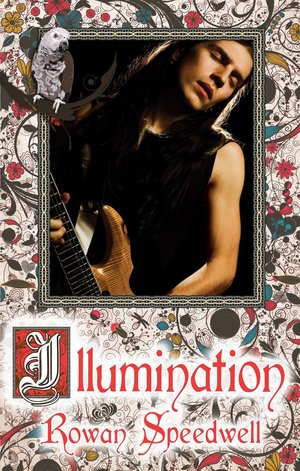 Rowan Speedwell - Illumination
Adam ​Craig is burned out. Lead singer of the hard rock band Black Varen, he's tired of the empty life of groupies, paparazzi, and hotel rooms. Worse, a life in the closet. After the final concert of their latest tour, he flees the after-party in pursuit of memories of lost summers and carefree days, until he passes out on the patio of a shuttered lake resort. Miles Caldwell is a brilliant artist, tied by agoraphobia and social anxiety to his family's lodge. Alone but for his parrot, he spends his days illuminating manuscripts and hiding from the complexities of life. When he discovers Adam asleep in a deck chair, he's furious but intrigued. Adam soon charms his way into Miles' bed, and they lose themselves in a summer idyll, safe from the compromises and claims of reality. But Adam's life, with all its demands, is waiting for him. And Miles, uncertain of Adam's true feelings, is battling demons of his own. Somehow, the man who's never home and the man who never leaves it must find the strength to fight for a future together. 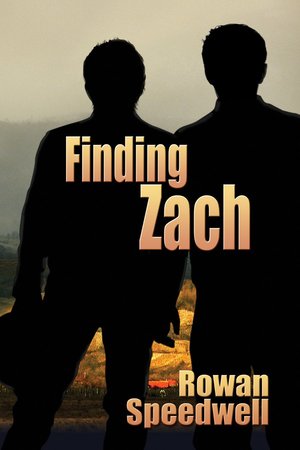 Rowan Speedwell - Finding ​Zach
For ​five years, Zach Tyler, son of one of the worlds richest software moguls, was held hostage, tortured, and abused. When he is rescued at last from the Venezuelan jungle, he is physically and psychologically shattered, but he slowly begins to rebuild the life he should have had before an innocent kiss sent him into hell. His childhood best friend David has lived those years with overwhelming guilt and grief. Every relationship David has tried has fallen apart because of his feelings for a boy he thought dead. When Zach is rescued, David is overjoyed and then crushed when Zach shuts him out. Two years later, David returns home, and he and Zach must come to terms with the rift between them, what they feel for each other, and what their future could hold. But Zach has secrets, and one of them might well destroy their fragile love. 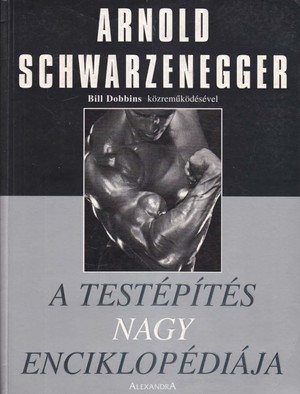