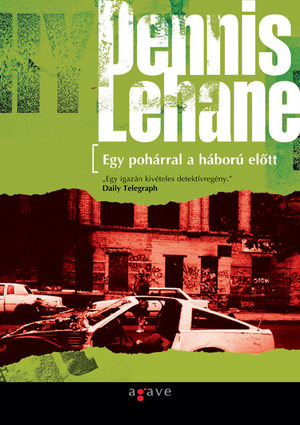 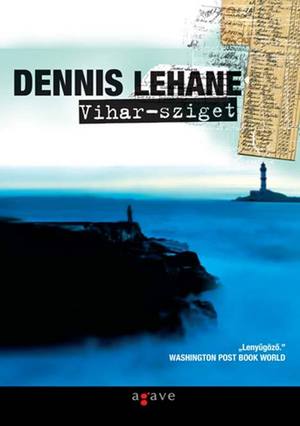 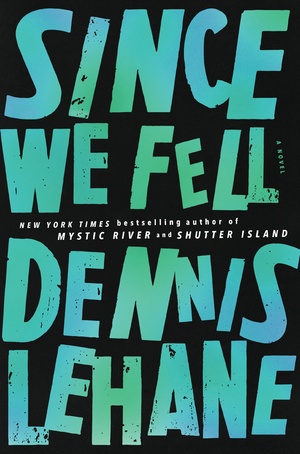 Since ​We Fell Dennis Lehane
0

Dennis Lehane - Since ​We Fell
_Since ​We Fell_ follows Rachel Childs, a former journalist who, after an on-air mental breakdown, now lives as a virtual shut-in. In all other respects, however, she enjoys an ideal life with an ideal husband. Until a chance encounter on a rainy afternoon causes that ideal life to fray. As does Rachel’s marriage. As does Rachel herself. Sucked into a conspiracy thick with deception, violence, and possibly madness, Rachel must find the strength within herself to conquer unimaginable fears and mindaltering truths. By turns heartbreaking, suspenseful, romantic, and sophisticated, _Since We Fell_ is a novel of profound psychological insight and tension. It is Dennis Lehane at his very best. 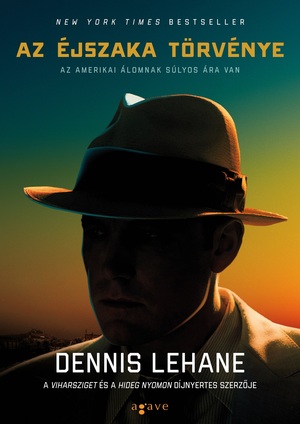 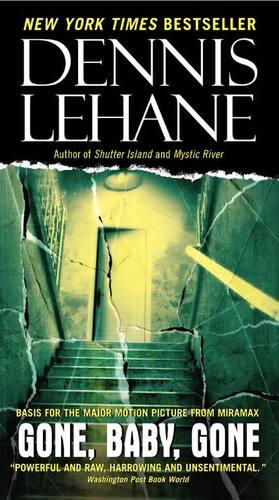 Dennis Lehane - Gone, ​Baby, Gone
The ​tough neighborhood of Dorchester is no place for the innocent or the weak. A territory defined by hard heads and even harder luck, its streets are littered with the detritus of broken families, hearts, dreams. Now, one of its youngest is missing. Private investigators Patrick Kenzie and Angela Gennaro don't want the case. But after pleas from the child's aunt, they open an investigation that will ultimately risk everything - their relationship, their sanity, and even their lives - to find a little girl lost. 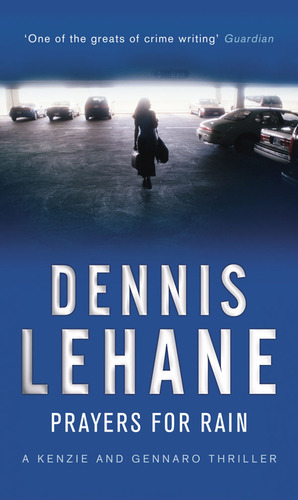 Dennis Lehane - Prayers ​for Rain
Private ​investigator Patrick Kenzie is in the middle of a personal crisis – he's lost his passion for the profession, and is tired of people with their "predictable vices, their predictable needs and wants and dormant desires." Angie Gennaro, his occasional sweetheart, lifelong friend, and fellow investigator has quit the business. She's still deeply resentful about Patrick's handling of the Amanda McCready case, the focus of Gone, Baby, Gone. Without Angie, private investigating has lost its fizz. The suicide of a former client, Karen Nichols, gives Kenzie his investigative itch back. Six months earlier, Kenzie tracked down a stalker who had been harassing Nichols, and put an end to his heinous hobby. But Nichols needed more help than this PI could ever have imagined. "She'd been drowning, and I'd been busy." The successful, middle-class young woman had been sinking into a sea of drugs, alcohol, and prostitution, hitting the bottom when she jumped from the Boston Custom House. Her death consumes Kenzie--he is convinced that someone pulled her into the vortex, although her nearest and dearest simply call her weak. Kenzie teams up with his explosive, loving, gun-toting friend Bubba Rogowski, and, after a boozy reunion, Angie Gennaro joins them. This fearless threesome must surely be the most original team in contemporary crime fiction. Good at the core--but seriously screwed up by various demons from their pasts--tact and decorum is hardly their style. They work their way across Boston, doing whatever it takes to question Nichols's family and acquaintances. By unveiling the real Nichols, tragic family secrets, betrayals, and conspiracies are also unmasked. 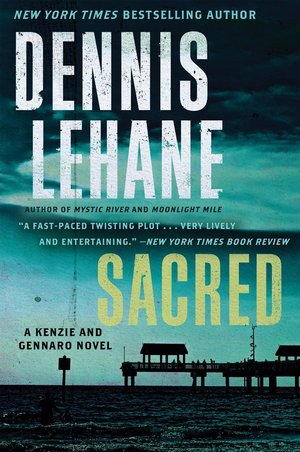 Dennis Lehane - Sacred
This ​compelling and fast-paced thriller begins when dying billionaire Trevor Stone hires Boston private detectives Patrick Kenzie and Angela Genaro to find his missing daughter. Grief-stricken over the accidental death of her mother and the impending death of her father, Desiree Stone has been missing for three weeks. So has the first investigator Stone hired to find her: Jay Becker, Patrick's mentor. 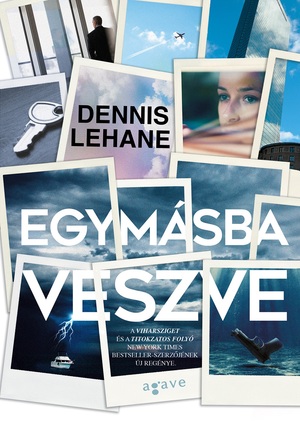 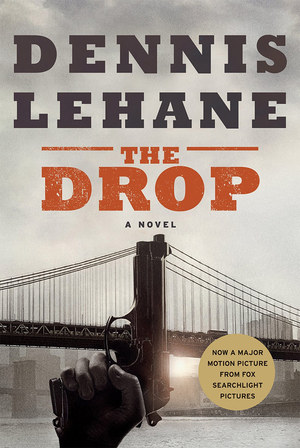 Dennis Lehane - The ​Drop
The ​Drop follows lonely bartender Bob Saginowski through a cover scheme of funelling cash to local gangsters -- 'money drops' -- in the underworld of Boston bars. Under the heavy hand of his employer and cousin Marv, Bob finds himself at the centre of a robbery gone awry and entwined in an investigation that digs deep into the neighbourhood's past where friends, families and foes all work together to make a living -- no matter the cost. A moving, gripping thriller, from Dennie Lehane, acclaimed New York Times bestselling autor of Shutter Island, Gone, Baby, Gone and Mystic River, The Drop will stay with you long after you turn the last page. 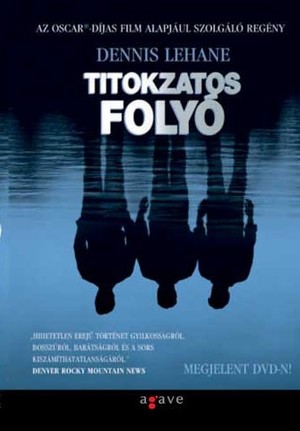 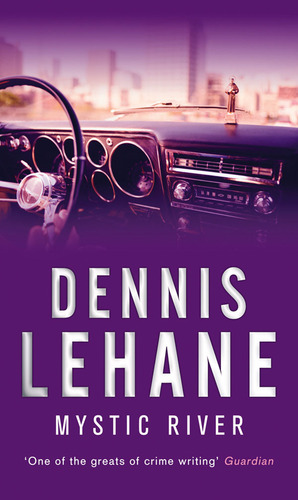 Dennis Lehane - Mystic ​River
When ​Jimmy Marcus's daughter is found murdered, his childhood friend Sean Devine is assigned to the case. His personal life is unraveling, Sean's investigation takes him back into a world of violence and pain he thought he'd left behind. It also puts him on a collision course with Jimmy Marcus -- a man with his own dark past who is eager to solve the crime with brutal justice. 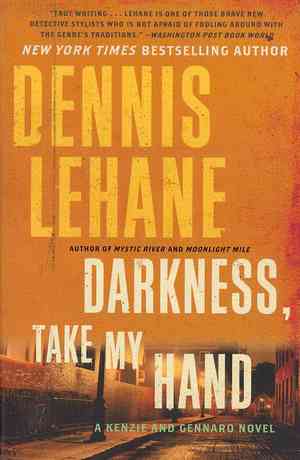 Dennis Lehane - Darkness, ​Take My Hand
In ​his outstanding second novel, Lehane explores horror close to home. Boston PIs Patrick Kenzie and Angie Gennaro agree to help psychiatrist Diandra Warren. Her patient, using the name Moira Kenzie, has said she was abused by Kevin Hurlihy, a sociopathic Irish Mafia henchman who grew up in Angie and Patrick's neighborhood. Hurlihy may have threatened the doctor, who fears that her son, Jason, may be in danger. While Patrick and Angela shadow Jason, another former neighbor, Kara Rider, is found crucified. Sensing a connection, Patrick seeks out a retired cop turned saloonkeeper who recalls a hushed-up crucifixion murder in the neighborhood 20 years ago. The suspect in that killing is in prison, so he can't be murdering again, can he? As Patrick probes painful memories, he faces losing the woman he loves, Grace Cole, who is appalled at the brutality invading their lives. By the time Patrick and Angie realize how the murders relate to their own youth, they are the next targets. 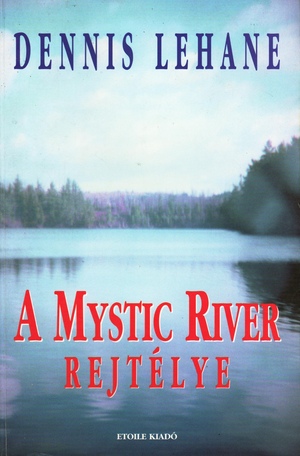 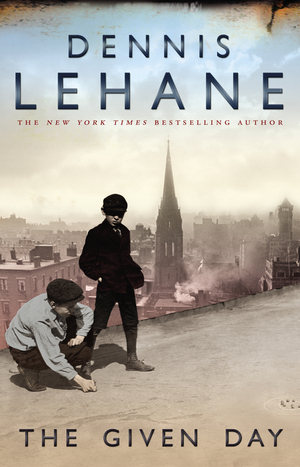 The ​Given Day Dennis Lehane
3

Dennis Lehane - The ​Given Day
Set ​in Boston at the end of the First World War, New York Times bestselling author Dennis Lehane’s long-awaited eighth novel unflinchingly captures the political and social unrest of a nation caught at the crossroads between past and future. Filled with a cast of unforgettable characters more richly drawn than any Lehane has ever created, The Given Day tells the story of two families--one black, one white--swept up in a maelstrom of revolutionaries and anarchists, immigrants and ward bosses, Brahmins and ordinary citizens, all engaged in a battle for survival and power. Beat cop Danny Coughlin, the son of one of the city’s most beloved and powerful police captains, joins a burgeoning union movement and the hunt for violent radicals. Luther Laurence, on the run after a deadly confrontation with a crime boss in Tulsa, works for the Coughlin family and tries desperately to find his way home to his pregnant wife. Dennis Lehane - Shutter ​Island
The ​year is 1954. U.S. Marshal Teddy Daniels and his new partner, Chuck Aule, have come to Shutter Island, home of Ashecliffe Hospital for the Criminally Insane, to investigate the disappearance of a patient. Multiple murderess Rachel Solando is loose somewhere on this remote and barren island, despite having been kept in a locked cell under constant surveillance. As a killer hurricane bears relentlessly down on them, a strange case takes on even darker, more sinister shades. 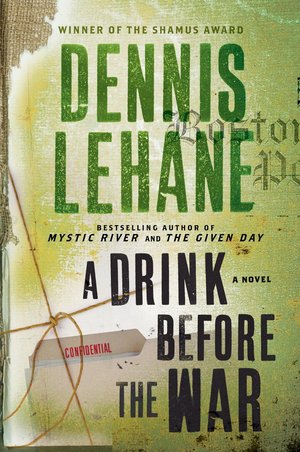 A ​Drink Before the War Dennis Lehane
3

Dennis Lehane - A ​Drink Before the War
A ​cadre of powerful Massachusetts politicians offers Patrick Kenzie and Angela Gennaro big money for a small job: find the missing cleaning woman who allegedly stole confidential Statehouse documents. But there's much more to this crime than anyone realizes. What the woman was really after was justice--and out on the Boston streets, the truth can turn stark and ugly... 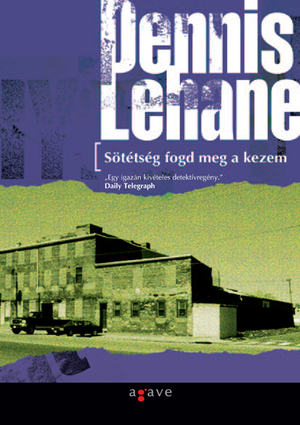 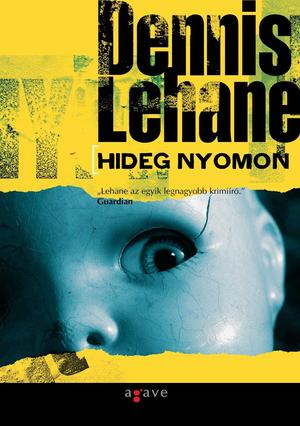 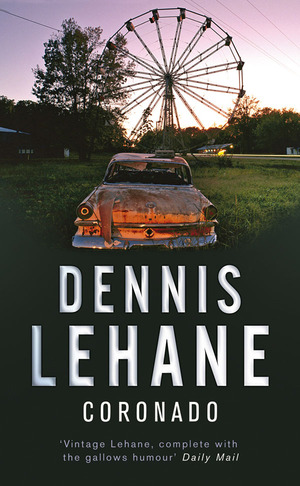 Dennis Lehane - Coronado
A ​surprisingly different collection of five short stories and a play. A small southern town gives birth to a dangerous man with a broken heart and a high-powered rifle... A young girl, caught up in an inner-city gang war, crosses the line from victim to avenger... An innocent man is hunted by government agents for an unspecified crime... A boy and a girl fall in love while ransacking a rich man's house during the waning days of the Vietnam War... A compromised psychiatrist confronts the unstable patient he slept with... A father and a son wage a lethal battle of wits over the whereabouts of a stolen diamond and a missing woman... 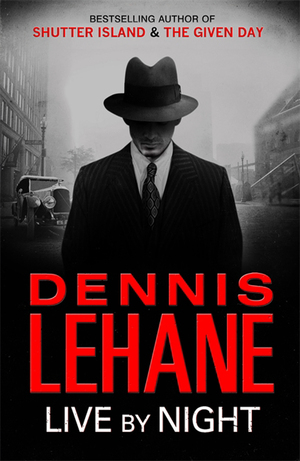 Dennis Lehane - Live ​by Night
Joe ​Coughlin is nineteen when he meets Emma Gould. A smalltime thief in 1920s Boston, he is told to cuff her while his accomplices raid the casino she works for. But Joe falls in love with Emma - and his life changes for ever. That meeting is the beginning of Joe's journey to becoming one of the nation's most feared and respected gangsters. It is a journey beset by violence, double-crossing, drama and pain. And it is a journey into the soul of prohibition-era America...A powerful, deeply moving novel, Live By Night is a tour-de-force by Dennis Lehane, writer on The Wire and author of modern classics such as Shutter Island, Gone, Baby, Gone and The Given Day. Dennis Lehane - Moonlight ​Mile
In ​the late nineties, a 4-year-old girl disappeared from her home in a Boston suburb. Investigators Patrick Kenzie and Angela Gennaro worked overtime to locate and retrieve her. Now, a dozen years later, Amanda has vanished again and Kenzie and Gennaro are back on the trail. As they assess the case, they become convinced that the old case holds clues to the new one. Moonlight Mile is the explosive standalone sequel to Dennis Lehane's Gone, Baby, Gone, which received high marks from general readers and reviewers. Dennis Lehane - World ​Gone By
Joe ​Coughlin is untouchable. Once one of America's most feared and prominent gangsters, he now moves effortlessly between the social elite, politicians, police and the mob. He has everything he could possibly want; money, power, a beautiful mistress, and anonymity. But in a town that runs on corruption, vengeance and greed, success can't protect Joe from the dark truth of his past -- and ultimately, the wages of a lifetime of sin will finally be paid in full . . . Chilling, heart-breaking and gripping, this is the most complex and powerful novel to date from Dennis Lehane, writer on The Wire and author of modern classics such as Shutter Island, Gone, Baby, Gone and The Given Day. 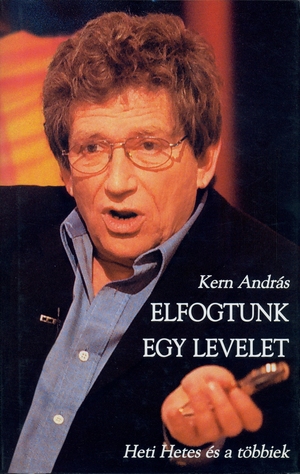