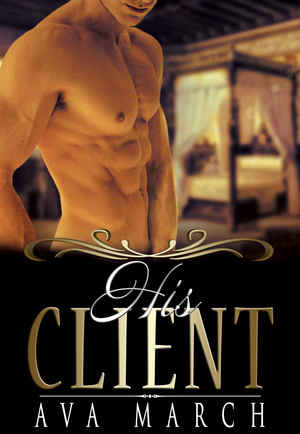 Ava March - His ​Client
Mr. ​Nathaniel Travers has been visiting Madame Delacroix's brothel for five years. On every visit, he requests the same man. Stunningly handsome and highly skilled, Jasper not only shares Nate's fondness for wickedly erotic games and black leather corsets, but he's become a friend. Someone he can talk to. Someone he can share a supper with. And Jasper's the only person who knows Nate secretly harbors a love for his old childhood friend, Peter Edmonton. Mr. Jasper Reed has been working at the house for a decade. He's saved enough to retire, yet he remains at the decadent London brothel. Retiring would mean leaving Nate and the hope perhaps someday the rugged gentleman would stop pining for his best friend and realize he loves Jasper, just as Jasper loves him. It takes Edmonton's marriage for Jasper to see he's been just as blind as Nate. Stubbornly hoping for something that cannot be. Convinced a gentleman like Nate can never be more than his client, Jasper retires. Life in the country may be lonely, but with no one to please but himself, it's calm and peaceful...until Nate shows up on his doorstep. 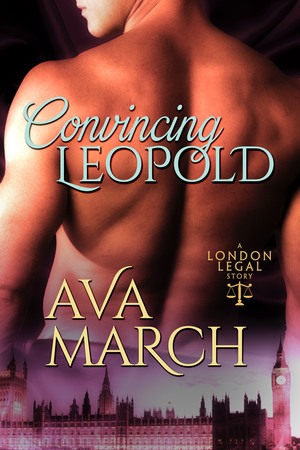 Ava March - Convincing ​Leopold
Mr. ​Leopold Thornton finally has the man he's loved for a decade, yet he can't believe his good fortune. A reformed rake and a conservative solicitor? Can it possibly last? To add to Leopold's worries, Arthur's spending more time at the office...with a handsome new secretary. Desperate not to lose Arthur, Leopold does the only thing he can think of -- use pleasure to keep him. Mr. Arthur Barrington truly wants their relationship to work. Sinfully beautiful and devoted to him, Leopold's the opposite of Arthur's staid ex-lover. And Leopold's given up his old vices, putting those concerns to rest. Yet lately, all Leopold wants is sex -- in the study, in the carriage, and at Arthur's office, no less. The sex is amazing, but juggling demanding clients and a demanding lover leaves Arthur exhausted and worried perhaps he and Leopold aren't suited after all. It takes one disastrous night for Arthur to realize how much Leopold means to him. But convincing Leopold he loves him, all of him and not just his body, proves difficult. For Leopold's disappeared and Arthur hasn't a clue where to find him. 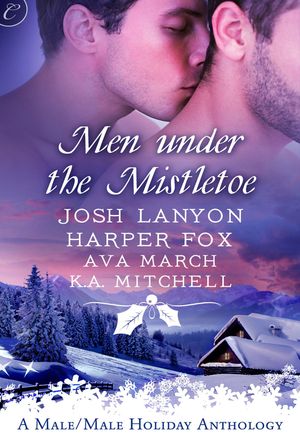 Josh Lanyon - Harper Fox - Ava March - K. A. Mitchell - Men ​Under the Mistletoe
_Baby ​it's Cold Outside_ A man receives the gift of pleasure at the hands of two expert lovers. Boyhood sweethearts get a second chance at romance. Two very proper gentlemen indulge their forbidden desires. And a Christmas tree farmer has an epiphany. It may be cold outside but these four holiday novellas will warm you up. Anthology includes: _My True Love Gave to Me_ by Ava March _Winter Knights_ by Harper Fox _Lone Star_ by Josh Lanyon _The Christmas Proposition_ by K.A. Mitchell Stories also available for purchase separately. 116,000 words 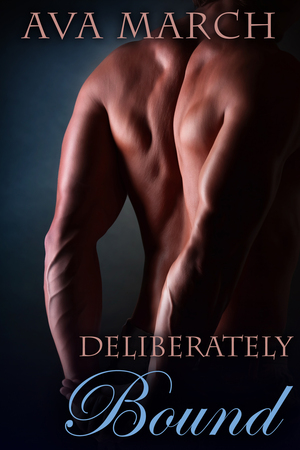 Ava March - Deliberately ​Bound
A ​free short story featuring Oliver and Vincent from the Bound series. This story takes place after the events in Bound Forever. Lord Oliver Marsden loves books, but what he loves even more is submitting to Vincent. A large purchase for his bookshop, however, puts Oliver in the mood to push Vincent’s boundaries in bed farther than ever before. Lord Vincent Prescot is more than happy to have his lover home. Two days without Oliver were far too long in Vincent’s opinion. But before he can toss his lover onto the bed, he realizes Oliver has his own plans for the evening… 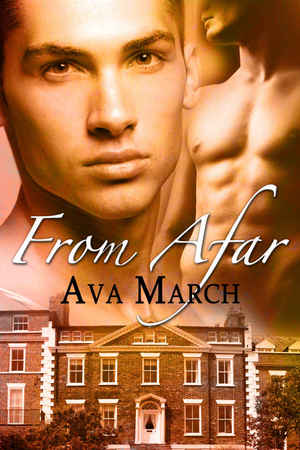 Ava March - From ​Afar
Some ​rules are destined to be broken. Loneliness. A concept with which Raphael Laurent is very familiar. He s lived a solitary life for thirty-six years, shunning the excesses of the local vampire clan until he spots Lord Aleric Vane, the handsome and dissolute third son of a duke. For three years Raphael has watched from a distance, for only when he is near Aleric does the hollow, empty ache in his chest ease. Cut off from his family for refusing to follow his father s dictates, Aleric s nights are filled with vice. But after three years in London, the city has lost all appeal. Desolate and penniless, his future appears bleak. Until a mysterious man drops from the shadows to drive off a trio of murderous thieves. When Aleric awakens, he finds himself forever changed. The itch for more that drove him to London is gone. In its place is the feeling that he s known the beautiful Raphael all his life. But to save Aleric, Raphael had to break the rules, giving him a chance to love the one man he never thought he could have a chance that could be ripped away by Aleric himself 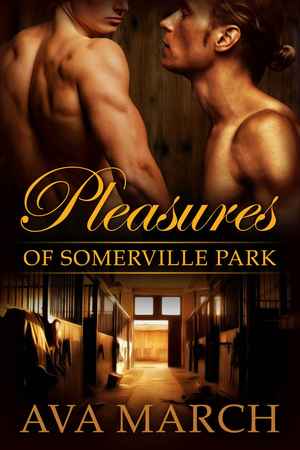 Ava March - Pleasures ​of Somerville Park
Arsen ​Grey, Marquis of Somerville, knows very well he is not needed in London. A visit from his youngest brother does nothing to change his mind. All he wants is to remain at his country estate with Henry Shaw. After days of going over documents, Arsen is more than ready for his brother to depart for London in the morning. He’s missed having Henry in his bed. Now if he can just convince his frustratingly cautious lover to join him in his bed for the night… Note: This book contains explicit sexual content, graphic language, and situations that some readers may find objectionable. 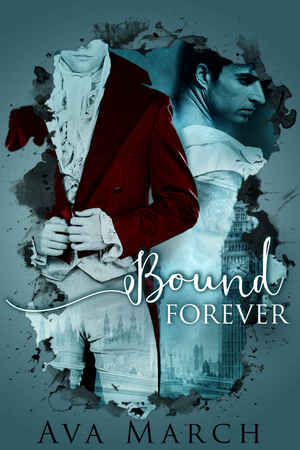 Ava March - Bound ​Forever
Lord ​Oliver Marsden’s life is perfect...well, almost perfect. His bookshop is doing well, his bank account isn’t empty, and his nights are filled with a deliciously dominant man...who tends to be a bit too domineering outside of the bedchamber. But Vincent loves him and that’s all that should matter. Then Vincent receives a letter that changes everything. Oliver seizes the moment and pushes Vincent toward a night they will never forget. Yet their night together has repercussions neither of them anticipated… 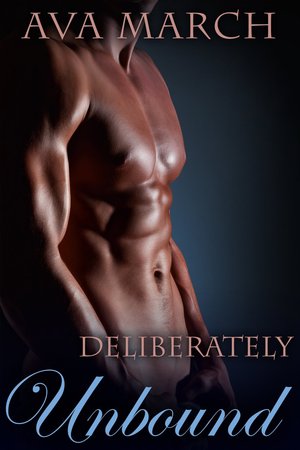 Ava March - Deliberately ​Unbound
A ​free short story featuring Oliver and Vincent from the Bound series. After spending long days behind his desk negotiating the purchase of a new property, Lord Vincent Prescot is more than ready for a night of pleasure with his lover, and he has a definite plan in mind for Oliver – one that involves making good on a wicked suggestion Vincent made months ago. Lord Oliver Marsden is well aware of his lover’s dominant tendencies, and he’s quite fond of them. Nothing rivals the sensation of being bound for Vincent’s pleasure…or so he thought. 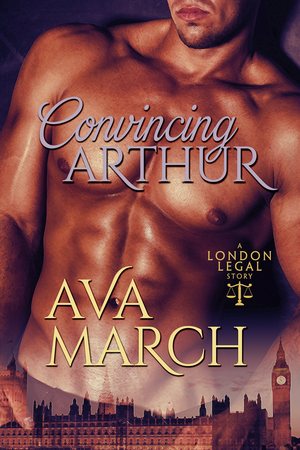 Ava March - Convincing ​Arthur
Mr. ​Leopold Thornton missed his chance ten years ago. He isn't about to let this one pass him by. Given Leopold's reputation for vice and debauchery, Mr. Arthur Barrington has a fair idea why the sinfully beautiful man invites him to his country estate. A shooting excursion? Unlikely. Especially considering Arthur is the only guest invited to the estate. He shouldn't consider the invitation, but a few days of mind-blowing sex could be just the thing to help him get over the heartbreaking end of a ten-year relationship. Then he can return to London to his thriving law practice, and quietly search for an amiable man who understands the meaning of the word discreet and who recognizes the value of commitment. There was a time when Leopold wasn't such a rakehell. When every night didn't end with an empty bottle of whisky. When he believed in the rewards of patience. When he didn't give himself over to just anyone who'd have him. Old habits die hard, especially when tempted by six feet of solid muscle, but Leopold will only have a few days to convince Arthur he can be the man he's looking for -- that his love is genuine and he's worthy of Arthur's heart. 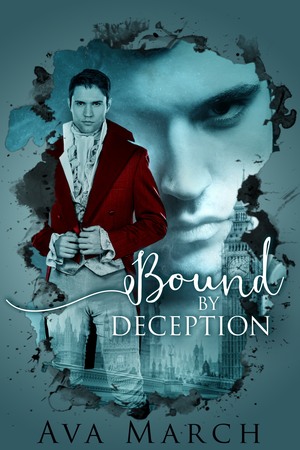 Ava March - Bound ​by Deception
Lord ​Oliver Marsden has a secret. He's been in love with his childhood friend for years, though Vincent's never shown an interest in him beyond friendship. Ruggedly handsome, wealthy, and successful, Vincent is everything Oliver is not. And Vincent doesn't prefer men. Then Oliver discovers Vincent hires a man during his visits to a London brothel. Desperate to be with Vincent, Oliver orchestrates a deception, switching places with the brothel's employee. When Oliver arrives at the bedchamber, he's in for another surprise. Restraints and a leather bullwhip? Apparently Vincent isn't as conservative as he appears. Lord Vincent Prescot has a secret of his own. One kept locked away and only indulged once a month. But this month's appointment is different. The mysterious man is so perfect, so beautiful in his submission, rousing protective instincts Vincent can't deny. Yet he refuses to believe he might truly prefer men, for it could mean the end of his hopes of earning his father's respect. Will betrayal destroy them or will they be bound together by deception? 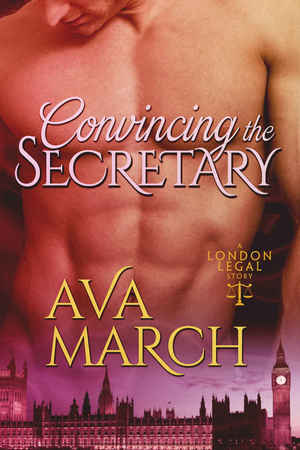 Ava March - Convincing ​the Secretary
Business ​and pleasure is a mix no gentleman should consider. Lord Grayson Holloway goes after what he wants—be it in the law office on his clients’ behalf or in the bedchamber. His new position as partner puts him closer to achieving his goal of becoming the most successful solicitor in London. There’s just one problem—his new secretary. Broad of shoulder yet mild of manner, Edward tempts Gray like no other. Yet the young man barely notices him. Edward Fenton tries to be a good secretary, but being in Lord Grayson’s hard, commanding presence rouses Edward’s most forbidden desires. Wicked, naughty desires no gentleman should consider giving in to, let alone with his new employer. Gray is more than willing to mix business with pleasure. But convincing Edward to take a chance on a future with him? That might be the most challenging case Gray has ever taken on. 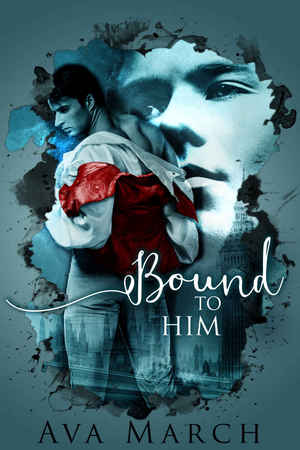 Bound ​to Him Ava March
0

Ava March - Bound ​to Him
Lord ​Vincent Prescot’s life couldn’t be better. Thriving investments, well-respected by his peers, and a man who submits to his every desire—what more could he want? Lord Oliver Marsden should be more than happy with his life. He’s been in love with Vincent for over a decade and six months ago the impossible happened and they became lovers. But since then, nothing has changed. More specifically, Vincent hasn’t changed. Oliver has tried to be patient—it took a lot for Vincent to accept the fact he preferred men. But what felt like a tiny distance between them six months ago now feels like an ever-widening chasm. Then Vincent’s father asks him for a favor—one that involves marriage. If Vincent agrees, he’ll have the respect he’s craved from his father his entire life but he could lose Oliver. Nor does Oliver make the decision easy. To keep Oliver, Vincent must do more than deny his father. He’ll have to give Oliver his heart. 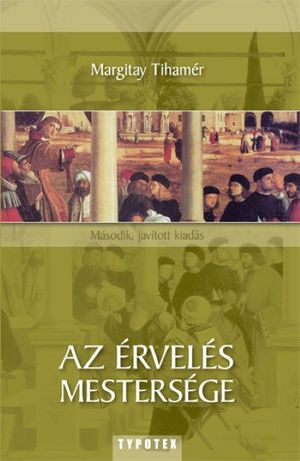