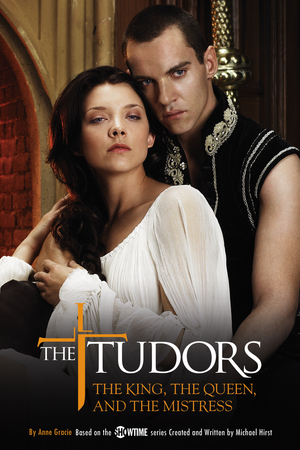 The ​King, The Queen, and The Mistress Anne Gracie
0

Anne Gracie - The ​King, The Queen, and The Mistress
A ​king torn between two women could lead to a kingdom torn. Troubled by religious unrest in his kingdom and changing alliances with other countries, weighing most on King Henry VIII of England's mind is his impending divorce to Queen Katherine of Aragon. The matter is of extreme urgency, as the king desires an heir and has just met the woman who holds his destiny -- Lady Anne Boleyn, eighteen and in the flower of youthful beauty. But was their meeting by chance, or part of a plan devised by her father for the furthering of his family? As the new romance blooms, it causes heartache for the queen and headaches for the king's personal chaplain, Cardinal Wolsey, who once worked on behalf of the kingdom to organize diplomatic talks, but now toils to obtain the Church's approval for the king's divorce. As loyalties are questioned and the Church's influence is threatened by the emboldened king, the fate of the kingdom lies in the balance. An irresistible story of love, lust, ambition, and political intrigue, this novelization of season one of The Tudors introduces us to a young, virile king of one of the most powerful nations in the world, and the women who will cause him to forever alter the course of history. 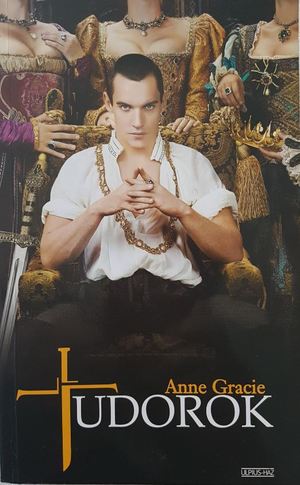 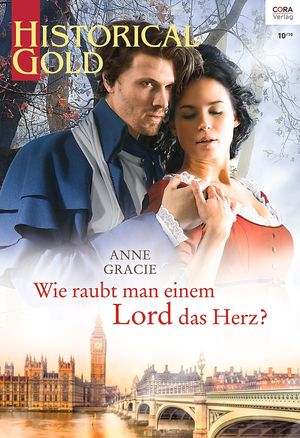 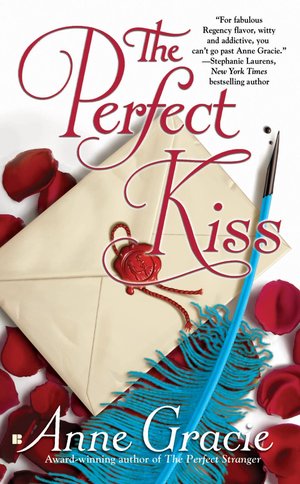 Anne Gracie - The ​Perfect Kiss
To ​rescue her friend... Grace Merridew's childhood has made it hard for her to trust men and in three years on the marriage market, her senses have never been stirred. So she makes plans for a life of adventure instead—to see the moon rise over the pyramids of Egypt and dance amid the marble ruins of Greece. But first she has to help a friend. She must enter the lair of the Wolfe. Grace's timid friend is being forced to marry Dominic Wolfe, who stands to inherit a huge estate if he weds. The Wolfes have a terrible reputation, and if there's one thing Grace cannot stand, it's a bully. Her friend begs for help to escape this marriage, so Grace acts as the plain and mousy chaperone on their visit to the groom-to-be. But when they arrive, nothing is as they expect, and Grace is scandalized to find herself being pursued by a big, bad Wolfe with dishonorable intentions. 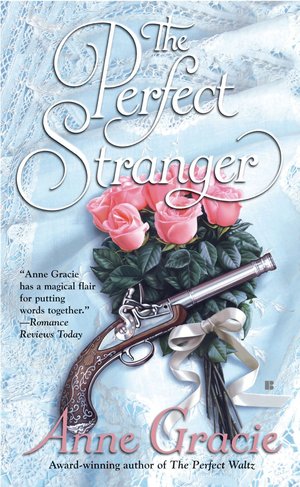 Anne Gracie - The ​Perfect Stranger
They ​vow to love, honor, cherish... With her signature spirit, Faith Merridew has left everything she's ever known for the man she thought was the love of her life. Instead he leaves her name—and dreams—in the dust. That is, until she crosses paths with Nicholas Blacklock, a Waterloo veteran, who offers to save her reputation with a marriage of convenience. ...And then get to know one another. A hardened soldier, Nick hides a deadly secret—and tries to keep Faith at arm's length. But even though Nick can command legions of men with a word, his orders go sweetly ignored by his convenient bride. And as they come to know one another more deeply, she brings out in him things he thought dead: gentleness, laughter...and love. 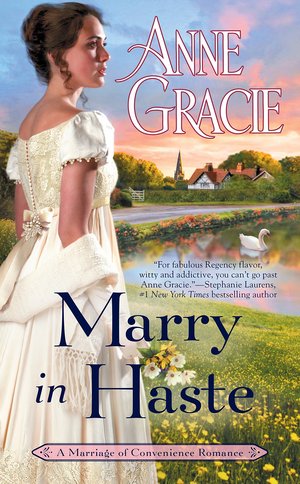 Anne Gracie - Marry ​in Haste
Major ​Calbourne Rutherford returns to England on the trail of an assassin, only to find he’s become Lord Ashendon, with the responsibility for vast estates and dependent relatives. Cal can command the toughest of men, but his wild half-sisters are quite another matter. They might just be his undoing. When he discovers that Miss Emmaline Westwood, the girls’ former teacher, guides them with ease, Cal offers her a marriage of convenience. But strong-minded and independent Emm is neither as compliant nor as proper as he expected, and Cal finds himself most inconveniently seduced by his convenient wife. Emm knows they didn’t marry for love, yet beneath her husband’s austere facade, she catches glimpses of a man who takes her breath away. As pride, duty and passion clash, will these two stubborn hearts find more than they ever dreamed of? 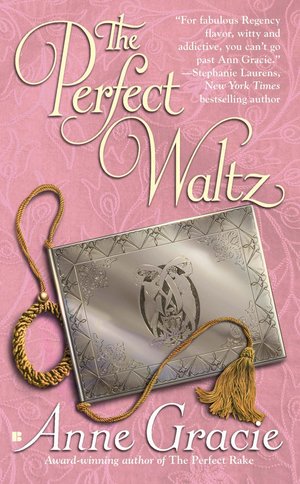 Anne Gracie - The ​Perfect Waltz
He ​came in search of a convenient bride... London's Ball of the Season is hardly the milieu for society black sheep Sebastian Reyne. But his younger sisters are in desperate need of care, and Sebastian is seeking a practical, down-to-earth wife. What he doesn't need is an effervescent sprite like Hope Merridew, a dazzling beauty and the darling of the ton. ...And found love instead. Who was that mysterious man who devoured Hope Merridew with his eyes? Rumored to be dangerous, and with a mysterious family heritage, the secretive Sebastian proves absolutely seductive to such an impetuous young lady. But was he really the one to make her dream of dancing the perfect waltz with the perfect man come true? Who'd imagine that one dance could ignite a passion so strong that it would seduce all into a delicious intrigue of sensuality and desire? 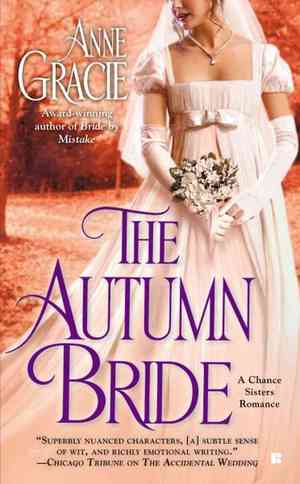 Anne Gracie - The ​Autumn Bride
Governess ​Abigail Chantry will do anything to save her sister and two dearest friends from destitution, even if it means breaking into an empty mansion in the hope of finding something to sell. Instead of treasures, though, she finds the owner, Lady Beatrice Davenham, bedridden and neglected. Appalled, Abby rousts Lady Beatrice's predatory servants and—with Lady Beatrice's eager cooperation—the four young ladies become her “nieces,” neatly eliminating the threat of disaster for all concerned! It's the perfect situation, until Lady Beatrice’s dashing and arrogant nephew, Max, Lord Davenham, returns from the Orient—and discovers an impostor running his household… A romantic entanglement was never the plan for these stubborn, passionate opponents—but falling in love may be as inevitable as the falling of autumn leaves... 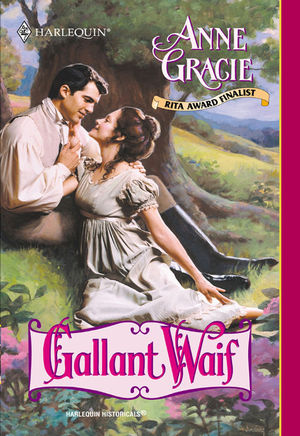 Anne Gracie - Gallant ​Waif
Kidnapped ​by an elderly member of the peerage! Kate Farleigh was absolutely stunned when her refusal to accept Lady Cahill's offer of "charity" resulted in her being swept away in her sumptuous carriage. But the real reason behind the older woman's antics became stunningly clear upon meeting Lady Cahill's enigmatic grandson, Jack Carstairs. Wounded in the Peninsular War, disowned by his father and dumped by his fiancee, Jack had shut himself up in his country estate, but Kate had no patience with such behavior. Suddenly, Jack found himself with a purpose, trying to steer clear of Miss Farleigh's attempts to interfere with his chosen lifestyle. Why, if he wasn't careful, Kate just might succeed in her attempts to make him want to rejoin the human race! 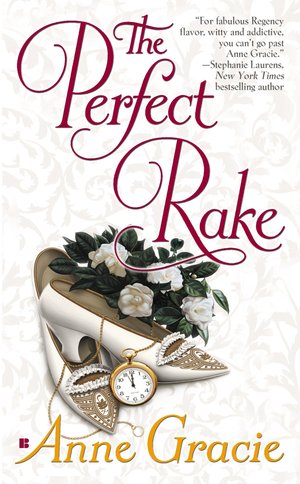 Anne Gracie - The ​Perfect Rake
She ​ran from a brute... Fleeing violent tyranny, Prudence Merridew escapes with her beautiful younger sisters to London. One of them must marry—and fast. To act as her sisters' chaperone, Prudence invents a secret engagement to a reclusive duke...But when the duke arrives unexpectedly in London, she needs his help to avert disaster. ...into the arms of a rake Aristocratic Gideon, handsome, rakish and with a strong frivolous streak, casually hijacks Prudence's game, awarding himself a stolen kiss or three along the way. Used to managing sisters and elderly men, Prudence is completely out of her depth with a charming, devious and utterly irresistible rake. And her plot goes terribly—if deliciously—awry... 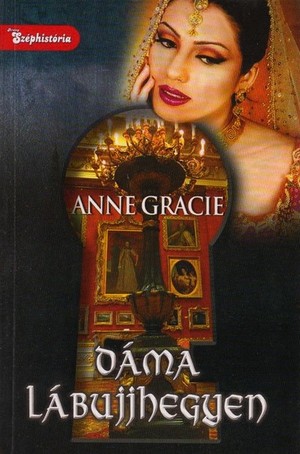 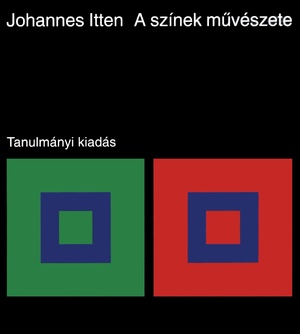