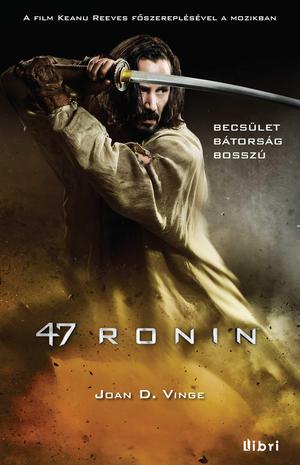 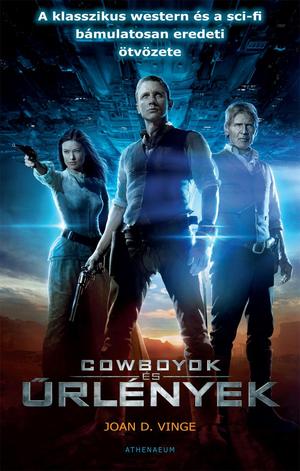 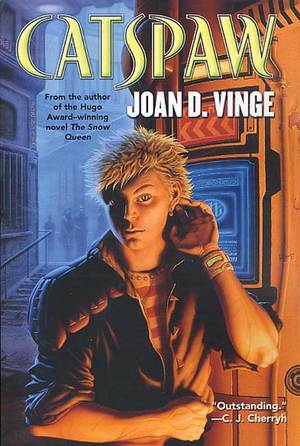 Joan D. Vinge - Catspaw
Cat: ​Street Punk, Psion, Telepath, Survivor. . . Kidnapped by an interstellar corporation and dragged to Earth, Cat is forced to use his skills to protect those he most hates, those who most hate him . . . . The taMings. A cyber-augmented, DNA-incestuous clan of such wealth and power that their family arguments change the destiny of worlds. Now one taMing is a killer's target. But which? And who would dare? Seeking answers, Cat finds lies and savagery, passion and atrocity--trails that lead from crystal valleys to clubs for silver-skinned beauties. From the homicidal enclaves of drug kings to a fanatic's pulpit. From the halls of the Assembly to a cyberspace hell. Seeking assassins, Cat discovers a mystery that could cost him his future. His sanity. His life. Because Cat is no longer a bodyguard . . . He's bait. 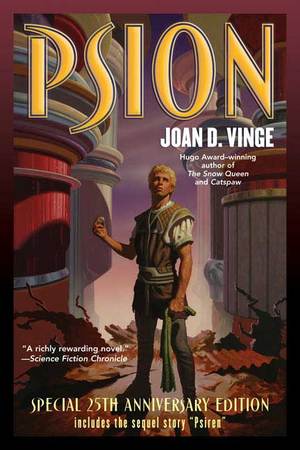 Joan D. Vinge - Psion
Cat ​is the ultimate future punk. He uses his psionic talent to evade the labor gangs and security police. But now he is swept into the midst of an interstellar power struggle. Both sides want to use his mind as a weapon. Cat owes no loyalty to anyone - but there is no middle zone in this fight.

Joan D. Vinge - World's ​End
Hot ​on the heels of The Summer Queen, this novel is a must-read for fans of Vinge's Hugo Award-winning series. BZ Gundhalinu, a policeman who became an outcast after saving the future Summer Queen, quits his job to follow his ne'er-do-well brothers into the godforsaken waste, World's End, to prospect. BZ's odyssey will set the stage for The Summer Queen.

Joan D. Vinge - 47 ​Ronin (angol)
From ​ancient Japan’s most enduring tale, the epic 3D fantasy-adventure 47 Ronin is born. Keanu Reeves leads the cast as Kai, an outcast who joins Oishi (Hiroyuki Sanada), the leader of the 47 Ronin. Together they seek vengeance upon the treacherous overlord who killed their master and banished their kind. To restore honor to their homeland, the warriors embark upon a quest that challenges them with a series of trials that would destroy ordinary warriors. 47 Ronin is helmed by visionary director Carl Erik Rinsch (The Gift). Inspired by styles as diverse as Miyazaki and Hokusai, Rinsch will bring to life the stunning landscapes and enormous battles that will display the timeless Ronin story to global audiences in a way that’s never been seen before. 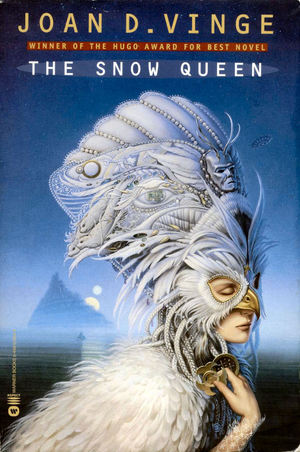 Joan D. Vinge - The ​Snow Queen
The ​imperious Winter colonists have ruled the planet Tiamat for 150 years, deriving wealth from the slaughter of the sea mers. But soon the galactic stargate will close, isolating Tiamat, and the 150-year reign of the Summer primitives will begin. All is not lost if Arienrhod, the ageless, corrupt Snow Queen, can destroy destiny with an act of genocide. Arienrhod is not without competition as Moon, a young Summer-tribe sibyl, and the nemesis of the Snow Queen, battles to break a conspiracy that spans space. 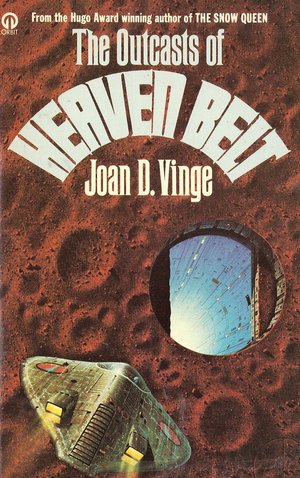 Joan D. Vinge - The ​Outcasts of Heaven Belt
This ​novel tells of a future where interstellar travel is a reality, but just barely. No galaxy-spanning empire, just a set of planets, some marginally habitable, full of colonists trying to survive, and sometimes to get ahead. The system was called Heaven, because it contained resources enough to sustain life and maybe even more. But when an outside starship fell into the system on a trade and contact mission, the crew discover how easily people can make a hell out of heaven. Civil war has reduced the once-great civilization of Heaven's Belt to a set of struggling, isolated societies, each too intent on their own survival to help the others. The crew of the starship Ranger must find a way out of the system before their ship is taken and used as the last weapon for the last war. I enjoyed the differentness of this novel. Life in the future may not be as easy as most S/F tales portray it. What would our culture turn into if we ran out of resources? 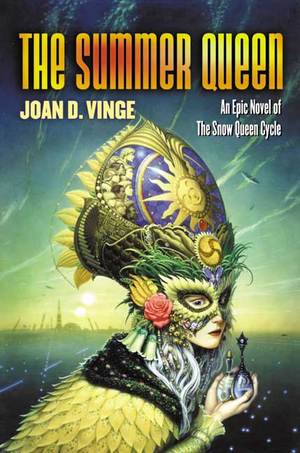 Joan D. Vinge - The ​Summer Queen
A ​story that spans millennia, from the ruins of an ancient interstellar empire to the planets of the Hegemony that rules human space, The Summer Queen is the multi-layered story of Tiamat, a world where the dolphin-like mers are harvested for the youth-prolonging serum extracted from their blood. But Tiamat is much more, for beneath Carbuncle, its capital, lies the old empire's greatest secret: an enormous forgotten technology which, though decaying, continues to affect the fates of the fallen empire's remnant cultures via the sybil-network--a data bank that binds the past and the future in its web of knowledge, As the Smith, genius mastermind of the hidden interstellar Brotherhood, tries feverishly to unlock its secrets, BZ Gundhalinu desperately strives to save the Hegemony, while the Summer Queen herself dares to create a new future for her people and her planet. And though each is acting alone, their fates will entwine in an astonishing climax that will change the universe forever. 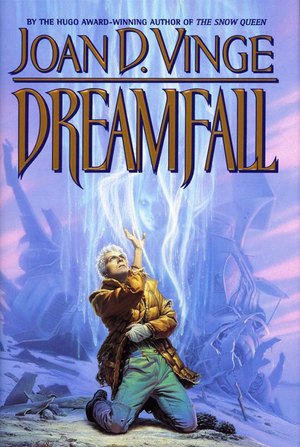 Joan D. Vinge - Dreamfall
Cat, ​the halfbreed telepath hero of Catspaw and Psion, joins a research team on Refuge, homeworld of his mother's people, the Hydrans. Immediately, he finds trouble when he helps a Hydran woman escape human pursuers. The decimated Hydran population of Refuge is confined to a bleak "homeland," by a huge corporate state, Tau Biotech. Tau also controls Refuge's one unique natural resource, "Dreamfall." The tangible residue of cast-off thoughts from beautiful, enigmatic "cloud whales," dreamfall forms vast reefs, sacred to the Hydrans, but mere exploitable data to Tau. Caught between Tau and desperate Hydrans who fight to reclaim their world, Cat must somehow forge the ruins of the past into a means to defeat Tau's brutality to save his people--and himself. 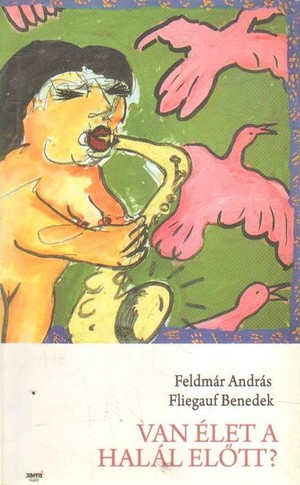