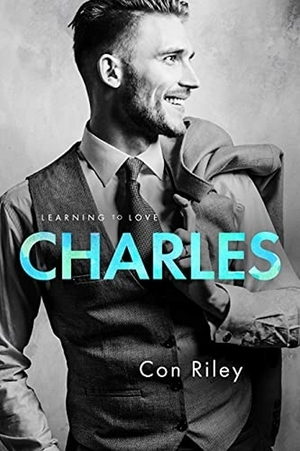 Con Riley - Charles
Life ​should be a breeze for a playboy like Charles Heppel. As the third son of an earl, he lives for the moment, partying and playing. Settling down isn’t for him. Not when London is full of beautiful men who he hasn’t one-and-done yet. To escape his family’s nagging, Charles applies for a temp job that matches his playful skill set. A role in a Cornish classroom could be his until the summer, if Charles meets two conditions: he must move in with the headmaster’s best friend, and teach him to be happy. Living with Hugo should be awkward. Charles is a free spirit, but Hugo’s a man of faith, with morals. A man who almost took holy orders before disaster changed his direction. Only far from being a chore, Charles finds that making Hugo happy soon becomes his passion. Together, they share physical and emotional first times. Ones that change Charles, touching his soul. He wants Hugo for longer than they have left, but learning to love with his heart, not just his body, will take a leap of faith from Charles — in himself as well as Hugo. 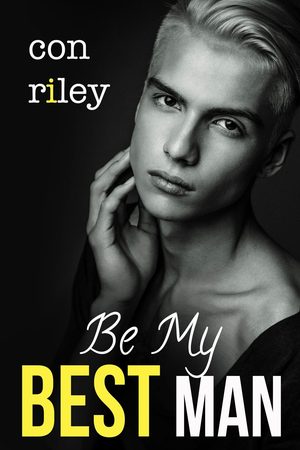 Be ​My Best Man Con Riley
0

Con Riley - Be ​My Best Man
~ ​Will Jason’s third time as a best man lead to first-time love for Vanya? After fleeing violence in Moscow, student teacher Vanya Petrov winds up lonely in a run-down London hostel. At least visiting the Bond Street store where his roommate works lets him practice his English, but as Vanya's vocabulary expands, so does his isolation, especially when he sees happy couples planning their perfect weddings. According to Jason Balfour, weddings are a waste of time and money. After all, he’s been best man for his brother twice already. Saying that a third marriage will end in divorce too leads to an angry ultimatum: to save his relationship with his brother, Jason must meet his fiancée, at last, and make a good first impression. Jason’s need to dress to impress brings him and Vanya together. Language is no barrier to falling in love with the young and fragile Russian, and neither is their age difference. But Vanya’s bruised soul carries secrets that could rip them apart. As the wedding draws near, Vanya must confess, and soon, or risk losing Jason—his own best man in Britain. 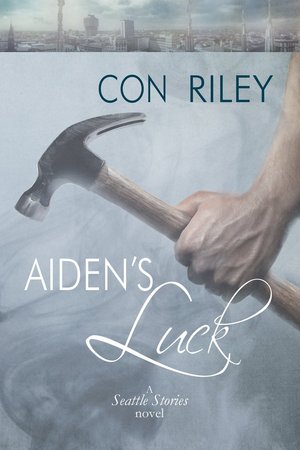 Con Riley - Aiden's ​Luck
House-sitting ​for a friend is supposed to be a lucky break for Aiden Daly. Discovering his new housemate is the image of his first crush turns it into a nightmare. Marco de Luca is obviously interested in being more than housemates, but his resemblance to Aiden’s ideal man seems only skin-deep. Besides, Aiden doesn’t date. Since his adoptive father’s suicide, Aiden’s first priority has been supporting his remaining family—and shielding them from the truth of their financial situation. Deeply concerned for his mother's mental health, Aiden remains closeted and lonely, convinced that bad luck is the only luck he'll ever have. As if the pressure of keeping his father’s financial secrets weren’t enough to handle, Aiden’s birth father makes contact, sending Aiden’s anxieties spiraling out of control. But it’s a crisis at work that finally brings Aiden to his breaking point. Accepting support from Marco is a gamble, but it could be just what Aiden needs to turn his luck around. 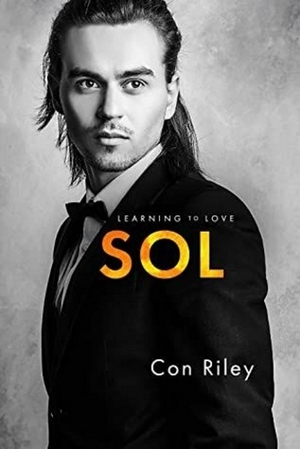 Con Riley - Sol
Solomon ​Trebeck’s heart broke the night of his bi-awakening. Fifteen years later, Sol’s back in Cornwall where it happened, single, shy, and oh-so lonely. Teaching art to kids wasn’t his life plan. Neither is raising a teenage nephew, but with no family left to support him, a live-in job at a boarding school becomes his life raft. Problem: that life raft is sinking. Solution: Sol’s first love could have the cash to keep it afloat. Reconnecting with Jace Pascoe might save the school—the one place Sol’s nephew is happy. Asking for his help opens old wounds, but Jace helps to heal them, fusing Sol’s broken heart back together. However, Jace has his own shadows, no matter how brightly his smile dazzles. Falling for Jace again could be so easy. It could also be a huge risk when neither of them plans to stay in Cornwall forever…. 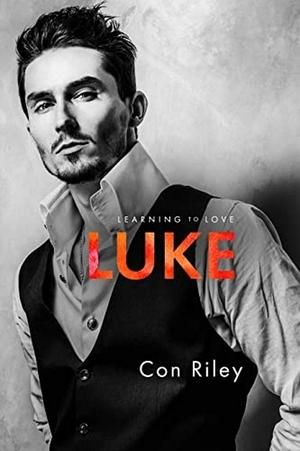 Con Riley - Luke
Can ​Luke learn to love the man who left him? Headmaster Luke Lawson is committed to saving his boarding school before a cash crisis sinks it. He’ll do anything to keep it afloat, even if that means accepting help from the man who broke his heart at uni. Nathan’s offer to teach for free could be a blessing as long as Luke can harden his bruised heart. That’s tough when they’ll need to share living quarters and have a history of hook-ups. But Luke knows being compatible in bed isn’t enough to build trust. It can’t be when Nathan has always left him before morning. This time around, it feels different. Nathan's work overseas has changed him. Touched him. Opened a locked chamber in his heart that Luke is beginning to think must have been bruised in the past too. As pressure mounts, can Luke trust that Nathan’s committed this time—not only to his school but to a shared future with him long term? 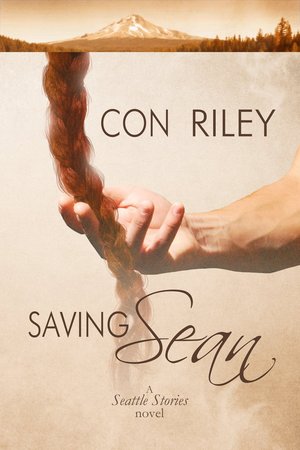 Con Riley - Saving ​Sean
Nearly ​a year after being rejected for another man, Seattle paramedic Peter Morse is still pining, so when the one that got away asks him for a favor, he agrees. His mission: track down Sean Reid, the runaway brother of a mutual friend. Peter isn’t thrilled about it—until he finds Sean injured by the side of the road. Everything about Sean stirs Peter’s protective instincts—saving people is what he lives for—but he never anticipated falling for someone so hell-bent on running away. On top of his physical wounds, Sean struggles with grief and guilt, and the mess his estranged father left when he died threatens to overwhelm him. Saving Sean means Peter must let go of his pride and turn to friends and family. Asking for help is a bitter pill for Peter to swallow, but if he can’t, how can he expect Sean to accept his help—and his love—in turn? 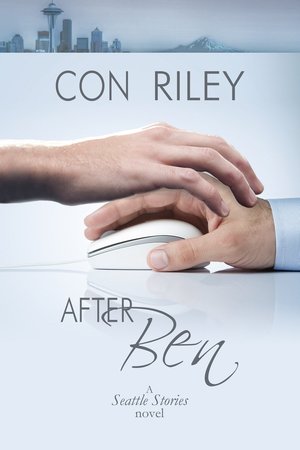 Con Riley - After ​Ben
A ​year after the sudden death of his longtime partner, Ben, Theo Anderson is still grieving. The last thing he's looking for is a new lover. But as Theo soon discovers, sometimes life has other plans. While Theo experiences a powerful physical attraction to fellow gym member Peter, it's his new online friend, Morgan, who provides the intellectual challenge to make him come alive. Morgan is witty, brave, and irreverent, and Theo is ready to take the plunge... until he discovers Morgan might be half his age. Theo's late partner was significantly older-enough to strain Theo's relationship with his family-and the potential of another relationship being cut short leaves him gunshy. Theo needs to lay Ben's memory to rest, reconcile with his family, and rekindle neglected friendships if he's to start afresh with a new lover. But Theo isn't the only one with a past. His biggest challenge, in living after Ben, might not be his to face. 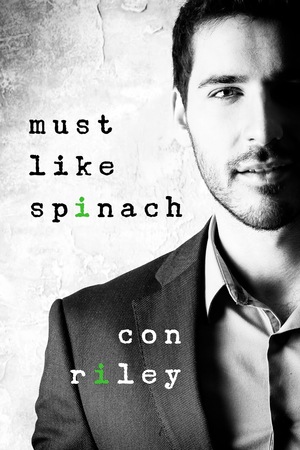 Con Riley - Must ​Like Spinach
Jon’s ​future in New York should be bright. He’s on the corporate fast track as an executive problem solver, yet he can’t help feeling hollow. Yearning for a life spent outdoors makes no sense if he wants to flourish in this city, nor does losing his cool with clients when they make bad decisions. Only leaving the East Coast behind for three months can save his business reputation. His exile in Seattle has unexpected upsides. Jon’s rented home has a garden where his true passions blossom. It’s overgrown yet idyllic—perfect if he didn’t have to share it with another tenant. Tyler might be as cute as hell, and their landlady adores him, but Jon can’t let himself fall for someone who seems lazy. Three months could be enough time to see Tyler clearly, but choosing which to nurture long-term—love or a business career—might take Jon longer than one summer. 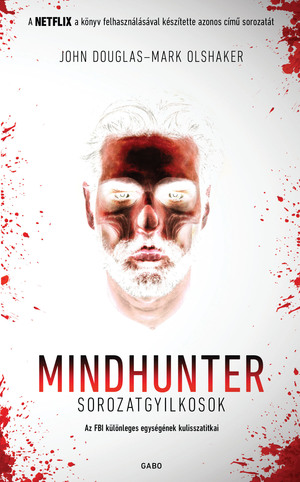