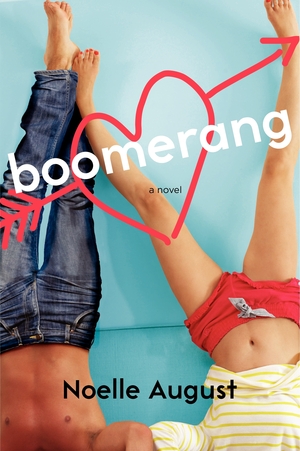 Noelle August - Boomerang
Welcome ​to Boomerang.com, the dating site for the millennial gen with its no-fuss, no-commitments matchups, and where work is steamier than any random hook-up Mia Galliano is an aspiring filmmaker. Ethan Vance has just played his last game as a collegiate soccer star. They’re sharp, hungry for success, and they share a secret. Last night, Ethan and Mia met at a bar, and, well . . . one thing led to another, which led to them waking up the next morning—together. Things turned awkward in a hurry when they found themselves sharing a post hookup taxi . . . to the same place: Boomerang headquarters. What began as a powerful connection between them is treated to a cold shower courtesy of two major complications. First, Boomerang has a strict policy against co-worker dating. And second, they’re now competitors for only one job at the end of summer. As their internships come to an end, will they manage to keep their eyes on the future and their hands off each other, or will the pull of attraction put them right back where they started? 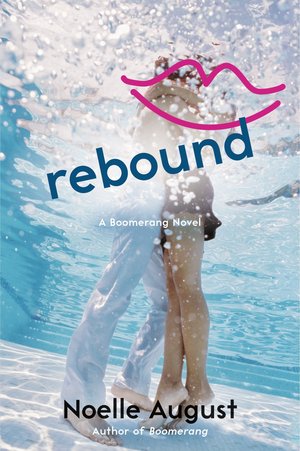 Noelle August - Rebound
Hooking ​up is only the beginning of the fun in this sexy and irresistible second installment of the thrilling New Adult series, Boomerang. Adam Blackwood has it all. At twenty-two, he’s fabulously wealthy, Ryan Gosling-hot and at the top of the heap in the business world. His life is perfect, until a scandal from his past resurfaces and knocks the tech wunderkind down, throwing his company, Boomerang, a hook-up site for millennials, into chaos. Three years ago, Adam married his high school love—and then lost her in a tragic accident. Now, the heartbreak and guilt he’s tried to bury with work and women begins to take over his life. Alison Quick, the twenty-one-year-old daughter of a business tycoon—and the very ex-girlfriend of Boomerang’s former intern, Ethan—has a problem of her own. She’s got one chance to prove to her father that she deserves a place in his empire by grabbing control of Boomerang and taking Adam down. But as Alison moves in on him, armed with a cadre of lawyers and accountants, she discovers there’s much more to Adam and Boomerang than meets the eye. Will earning her father’s approval come at the price of losing her first real love? It appears so, unless Adam can forgive her for wrecking his life and trying to steal his livelihood. But Alison hopes that old adage is right. Maybe love can conquer all. 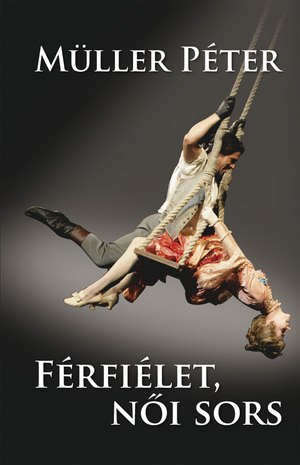