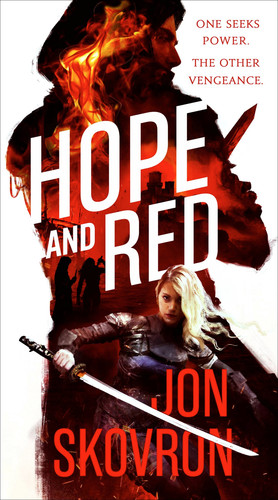 Jon Skovron - Hope ​and Red
In ​a fracturing empire spread across savage seas, two young people from different cultures find common purpose. A nameless girl is the lone survivor when her village is massacred by biomancers, mystical servants of the emperor. Named after her lost village, Bleak Hope is secretly trained by a master Vinchen warrior as an instrument of vengeance. A boy becomes an orphan on the squalid streets of New Laven and is adopted by one of the most notorious women of the criminal underworld, given the name Red, and trained as a thief and con artist. When a ganglord named Deadface Drem strikes a bargain with the biomancers to consolidate and rule all the slums of New Laven, the worlds of Hope and Red come crashing together, and their unlikely alliance takes them further than either could have dreamed possible. 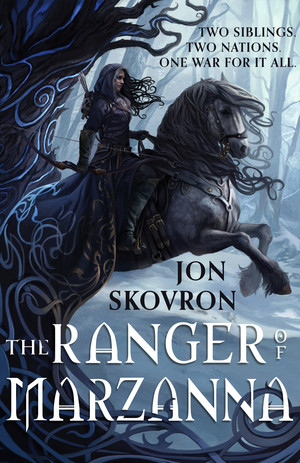 The ​Ranger of Marzanna Jon Skovron
0

Jon Skovron - The ​Ranger of Marzanna
Two ​siblings. Two nations. One war for it all. Sonya is training to be a Ranger of Marzanna, an ancient sect of warriors who have protected the land for generations. But the old ways are dying, and the rangers have all been forced into hiding or killed off by the invading Empire. When her father is murdered by imperial soldiers, she decides to finally take action. Using her skills as a ranger she will travel across the bitter cold tundra and gain the allegiance of the only other force strong enough to take down the invaders. But nothing about her quest will be easy. Her brother, Sebastian, is the most powerful sorcerer the world has ever seen. And he's fighting for the empire. The Ranger of Marzanna begins an epic tale of warring siblings, loyal horses, powerful magic and daring adventures. 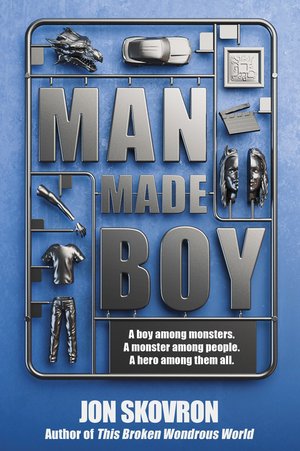 Jon Skovron - Man ​Made Boy
Love ​can be a real monster. Sixteen-year-old Boy’s never left home. When you’re the son of Frankenstein’s monster and the Bride, it’s tough to go out in public, unless you want to draw the attention of a torch-wielding mob. And since Boy and his family live in a secret enclave of monsters hidden under Times Square, it’s important they maintain a low profile. Boy’s only interactions with the world are through the Internet, where he’s a hacker extraordinaire who can hide his hulking body and stitched-together face behind a layer of code. When conflict erupts at home, Boy runs away and embarks on a cross-country road trip with the granddaughters of Jekyll and Hyde, who introduce him to malls and diners, love and heartbreak. But no matter how far Boy runs, he can’t escape his demons - both literal and figurative - until he faces his family once more. This hilarious, romantic, and wildly imaginative tale redefines what it means to be a monster - and a man. 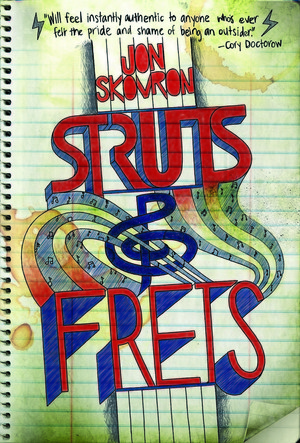 Jon Skovron - Struts ​& Frets
Told ​in a voice that’s honest, urgent, and hilarious, Struts & Frets will resonate not only with teenage musicians but with anyone who ever sat up all night listening to a favorite album, wondering if they’d ever find their place in the world. Music is in Sammy’s blood. His grandfather was a jazz musician, and Sammy’s indie rock band could be huge one day—if they don’t self-destruct first. Winning the upcoming Battle of the Bands would justify all the band’s compromises and reassure Sammy that his life’s dream could become a reality. But practices are hard to schedule when Sammy’s grandfather is sick and getting worse, his mother is too busy to help either of them, and his best friend may want to be his girlfriend. When everything in Sammy’s life seems to be headed for major catastrophe, will his music be enough to keep him together? 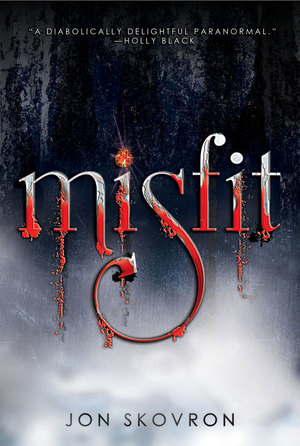 Jon Skovron - Misfit
Jael ​Thompson has never really fit in. She’s changed schools too many times to count. The only family she’s ever known is her father, a bitter ex-priest who never lets her date and insists she attend the strictest Catholic school in Seattle. And her mother—well, she was a five thousand year old demon. That doesn’t exactly help. But on her sixteenth birthday, her father gives her a present that brings about some unexpected changes. Some of the changes, like strange and wonderful powers and the cute skater boy with a knack for science, are awesome. But others, like the homicidal demon seeking revenge on her family? Not so much. Steeped in mythology, this is an epic tale of a heroine who balances old world with new, science with magic, and the terrifying depths of the underworld with the ordinary halls of high school. 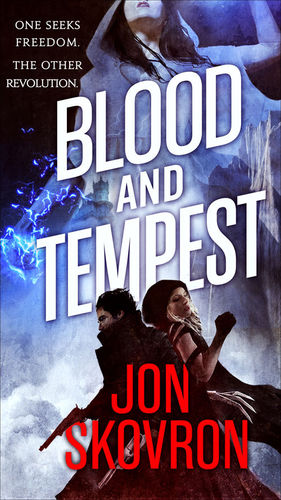 Jon Skovron - Blood ​and Tempest
Still ​reeling from the events on Dawn's Light, Hope struggles to understand what it means to be a warrior who has vowed to never again take up a sword. Her search for enlightenment gives her mastery of surprising new abilities, which leads her to uncover some disturbing clues about the true origin of the empire. Red has excelled in his new role as an imperial spy. Now he's been assigned to the one task he's desired all along: recruiting Hope and Brigga Lin to help rid the empire of the council of biomancery once and for all. But the council have set their own plans in motion. Their increasingly tenuous grip on the empire has left them desperate and willing to do anything to maintain their power . . . 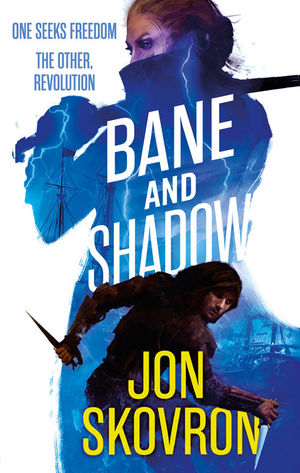 Jon Skovron - Bane ​and Shadow
A ​killer adventure fantasy follow-up to HOPE AND RED, set in a fracturing empire spread across savage seas, where two young people from different cultures find common purpose. Red is being trained as a cold-blooded assassin by the biomancers. As he becomes increasingly embroiled in palace politics, he learns that even life among the nobility can be deadly. While terrorizing imperial ships as the pirate Dire Bane, Hope stumbles onto a biomancer plot of such horrifying scope that it makes even the massacre of her childhood village seem small in comparison. With the biomancers tightening their grip of fear over the empire, Hope and Red struggle to fill their new roles and responsibilities, but the cost will be greater than any of them realize.