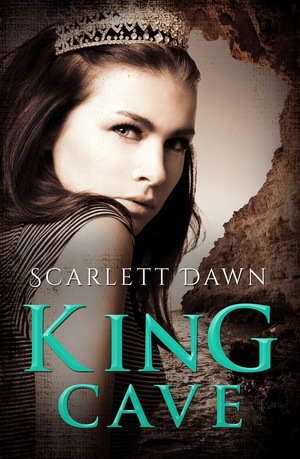 Scarlett Dawn - King ​Cave
The ​long-awaited sequel to the bestselling, award-winning King Hall: the revolution is here, but the most dangerous attack may come from within... The safe, comfortable world of Lily Ruckler and her fellow Mystical Kings and Queens is rocked to the core by the attacks at King Hall. Not only does Lily have to kill the Commoners attacking her people, she also has to assume the mantle of leadership, and bring the surviving Mysticals to King Cave. It should have been too much, but she is not alone. Ezra becomes her rock, her best friend, the one person who understands. As Pearl and Jack struggle with inconsolable loss, Ezra and Lily work to keep the Mys community safe in their new home, and plan a deadly retaliation. Their friendship saves them both...but it also draws attention. Whispers. Judgment. It's not normal for Shifters and Vampires to be friends, and when a horrifying truth is revealed, their relationship morphs from unusual to unspeakable. Lily is good at keeping secrets that could get her killed. Is she willing to risk Ezra's life as well? 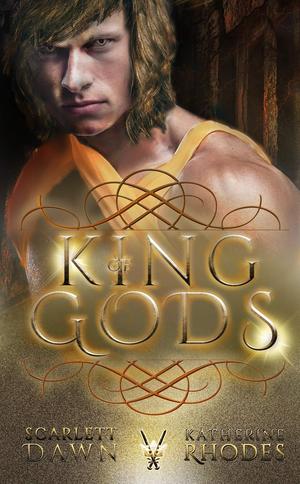 Scarlett Dawn - Katherine Rhodes - King ​of Gods
Stunning. ​Addictive. Bloody. The bestselling VAMPIRE CROWN series continues with King of Gods, as Kimber and Gwen dive deeper into the chaos of Royal machinations. Dark schemes, rich humor, and carnal exploits weave this next installment into one gripping adventure. The Breaking Time has come in S'Kir. The Spine is ready to be broken and reunite the races. But the Breaker is missing a critical piece of knowledge: Sex is power. In the Stronghold, a new Queen has been crowned and the time's come for the King Novitiate to face his trials. While the Original druid thinks intimacy is strength, the Queen knows better: Knowledge is power. Sex will bring power to the druids. But knowledge is the knife's edge to carve out the power. _*CONTENT WARNING: This book contains graphic language, violent content, and sexual situations (M/F, M/F/M, M/M/M, and M/F/M/M). It is intended for audiences 18+ ONLY.*_ 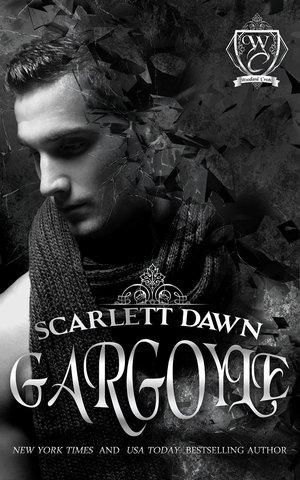 Scarlett Dawn - Gargoyle
A ​shifter made of stone. And wings. A human bent on free love. And drunk. Any joke could be made with those two lines. But the town of Woodland Creek, it's no laughing matter. Hostile and magical residents guard their secrets. It's too easy to be found out. When Isaac Stone first meets Kennedy Kirk, he's tempted to shove her off the clock tower. After all, she is gripping his private parts to lean over and see his town. One little push is all it would take... Isaac never anticipated he'd be the one to fall. 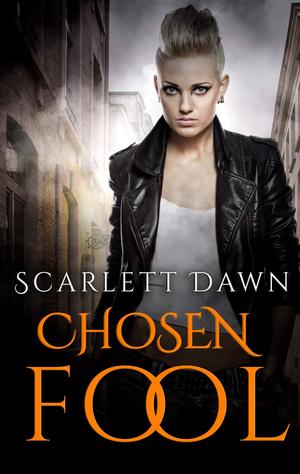 Scarlett Dawn - Chosen ​Fool
_The ​second saga in the bestselling, Forever Evermore series continues with Chosen Fool, where deception runs deep and Caro’s transitioning life turns even more deadly…_ Caroline Jules has received news of a lifetime. She’s going to be Queen to ‘her’ people. Instead of running, as any sane criminal would, she faces the mêlée with all the wits and savvy that her difficult life has honed. With her best friend, Sin, at her side, Caro pushes past the animosity her power inevitably brings, and prepares to rewrite her future. Until the night Sin leaves, and she is alone. Now, Caro must face the Royal world and all its intrigues and intricacies by herself. People aren’t always as they appear—and danger lurks behind even the most pleasant face. When a threat not even the Elders can handle puts her new tribe in danger, Caro takes matters into her own hands. Armed with the power of the mysterious spirit Elementals, Caro’s determined to eliminate the evil ransacking the Mysticals. All she needs is time. But time waits for no fool…and time isn’t as straightforward as it seems. 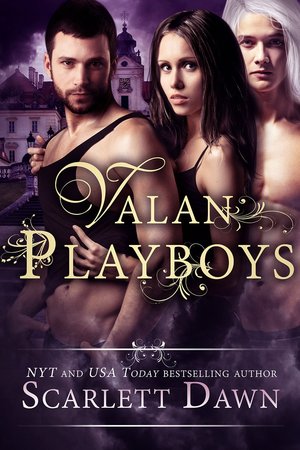 Scarlett Dawn - Valan ​Playboys
Orphan, ​Lana Claire, drinks too much and parties too hard. Eighteen-years-old, and a wild child, Lana does whatever she wants, whenever she wants. When a crazy encounter at a new bar ends with bodies littering the ground, Lana wonders if she may have discovered a path that leads to answers she desperately needs. Never one to walk blind, she treads carefully. What she finds is more than she ever hoped for. Lana knew she wasn't human, but an entire community of others like herself blows her mind. And the men! Heat and passion burn bright when Valan men are on the hunt for their mate, but Lana never expected to be the spark for two of their hottest playboys. More than ready to sizzle with the alphas of Valan, Lana does what she always does. She dives right in. 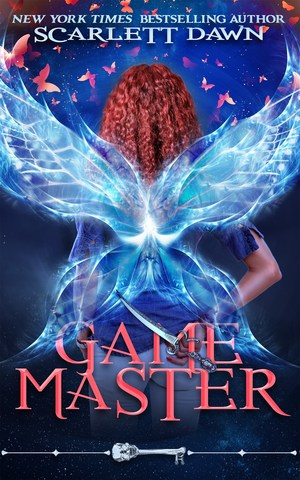 Scarlett Dawn - Game ​Master
Arizona ​Creed lost her assassin father, and her whole world changed. Literally. With one magical skeleton key, Arizona lands in another realm. Forget Earth. Terlant is the place to be. And Lucifer wants her there, the dashing man with no last name and more secrets than even she has. But love isn’t always enough. Arizona must find purpose in her new life. The Royal Guard could give Lucifer and Arizona what they desire. They only need to pass two tests to win the Game and enter the elite Guard. But is her real test to open her heart to true love? And will she win her wings to fly into his arms? 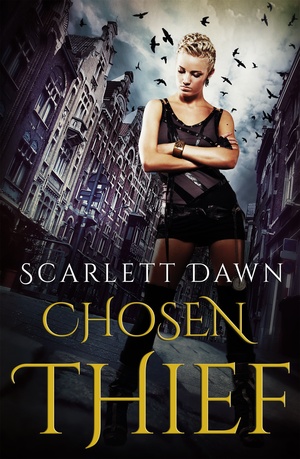 Scarlett Dawn - Chosen ​Thief
_The ​second saga in the bestselling, groundbreaking Forever Evermore series begins with Chosen Thief, where the life of a skilled lawbreaker becomes much more than she ever wanted..._ Caroline Jules knows death is imminent. She’s only 22, but as an inmate of Death Row in the most secure Mystical jail, what else could her future hold? Caro has no idea. Her solitary, transient life is about to get flipped on its head when it is revealed that she is the new Prodigy Elemental, and she has responsibilities and ties that she can’t ever escape. Caro is attempting to run from a brutal past, but the Rulers have other plans for this thief’s future. But the transition from a self-contained existence to life with the other Prodigies, the Kings and Queens, and even the Elders was never going to be easy, and Caro has secrets she’s loath to share. Suddenly she has friends, mentors, lovers — and they all want to know more about her than she is willing to reveal. _Will Caro ever escape the darkness of all she is, or will she fall deeper into the life that has been chosen for her?_ 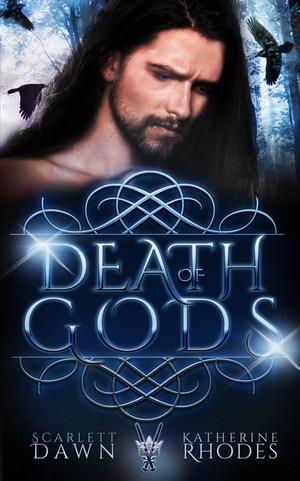 Scarlett Dawn - Katherine Rhodes - Death ​of Gods
Cruel. ​Criminal. Cunning. The bestselling VAMPIRE CROWN series continues with Death of Gods. Twisted characters and unfolding schemes fill this next installment with unbeatable darkness. Life is war. The Spine’s broken on S’Kir and there’ll be no reunification of the Druids and Vampires. Not while Savion, a bloody tyrant king, rules the vampires and seeks to subjugate the druids through whatever means necessary. Love is war. On earth, a newly crowned king, a coming war, and a romance for the ages threaten Queen Gwynnore and the Overlords ultimate plans—while they race against the countdown of doom. If only Gwen could keep a certain “devil” lord from killing everyone... Life is the war no one denies. Love is the war where no one can hide. _CONTENT WARNING: This book contains graphic language, violent content, and sexual situations (M/F, M/F/M, M/M/M, M/F/M/M, M/M/F/M/M ). It is intended for audiences 18+ ONLY._ 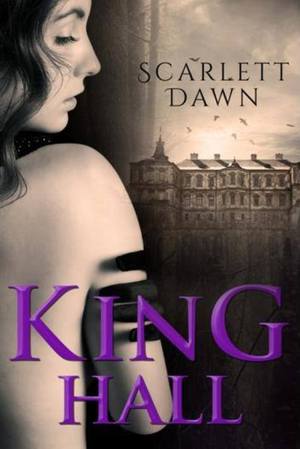 Scarlett Dawn - King ​Hall
A ​fresh, meaty, sink-your-teeth-in-and-hold-on-tight new adult fantasy series kicks off with King Hall… King Hall — where the Mysticals go to learn their craft, get their degrees, and transition into adulthood. And where four new Rulers will rise and meet their destinies. Lily Ruckler is adept at one thing: survival. Born a Mystical hybrid, her mere existence is forbidden, but her nightmare is only about to start. Fluke, happenstance, and a deep personal loss finds Lily deeply entrenched with those who would destroy her simply for existing — The Mystical Kings. Being named future Queen of the Shifters shoves Lily into the spotlight, making her one of the most visible Mysticals in the world. But with risk comes a certain solace — her burgeoning friendships with the other three Rulers: a wicked Vampire, a wild-child Mage, and a playboy Elemental. Backed by their faith and trust, Lily begins to relax into her new life. Then chaos erupts as the fragile peace between Commoners and Mysticals is broken, and suddenly Lily realises the greatest threat was never from within, and her fear takes on a new name: the Revolution. 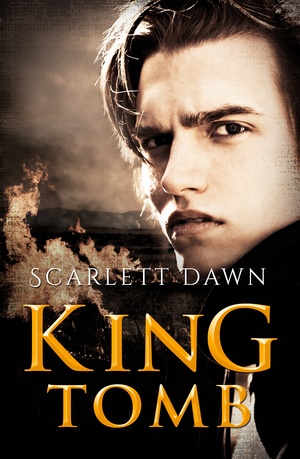 Scarlett Dawn - King ​Tomb
_From ​Scarlett Dawn comes the stunning, sexy, sensual, surprising, spell-binding conclusion to the best-selling first Forever Evermore trilogy._ Queen Shifter, Lily Ruckler, has found solace in brutal warfare. Her bloodied fists and bared fangs fill the holes left in her memory, the blank spaces that leave her soul aching and empty. Her only pleasure is in blood; her only salvation is the relationship she has with her infant child, the baby of unknown origins who brings her solace and stability. When Elder Harcourt summons Lily and her protector Antonio back to the United States, Lily thinks nothing unusual about the change of location. But a standard reconnaissance mission leaves her trapped inside King Zeller’s private quarters, and at his mercy. Surprise attraction rapidly turns to a battle of wills and an intense power struggle that leaves no clear victor but plenty of resentment. They are not allowed to nurse their wounds. In order to win the war against the Commoners, the King Vampire and Queen Shifter must work together. It should be easy. The war is turning, the battle is deadly, and both Lily and Ezra love the cold cleanliness of combat. But their chance meeting has led to more than an unlikely alliance. Secrets have a way of surfacing, especially on a torn-up battlefield, and Lily and Ezra are about to re-learn all they cannot remember. If they can’t control their emotions and responses, it will be to their own ruin and the destruction of everything around them. 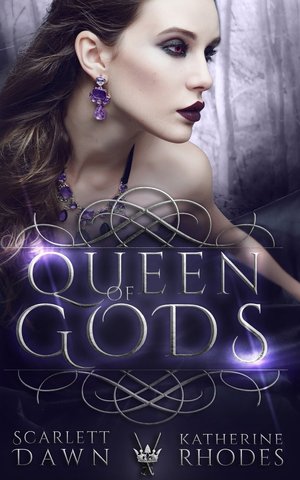 Scarlett Dawn - Katherine Rhodes - Queen ​of Gods
Dark. ​Brutal. Sexy. The VAMPIRE CROWN series sets emotions on fire, as vampires and druids hunger for one thing—power. Sex, secrets, and bloodshed twist two intoxicating love stories into one wicked tale. Magic is life. Bound to S'Kir, the Unseen Gods wait to reunite with their brethren. Only an ancient prophecy keeps their hope alive. Blood is life. Locked away from S'Kir on earth, the Vampire Overlords and an Original Druid hold their crowns with brute power. The Law is all that keeps their savage nature hidden. Until one defiant vampire is awakened early from her Rest and summoned to the vampire stronghold. In her wake, all hell breaks loose... Magic always wins. But never without blood. 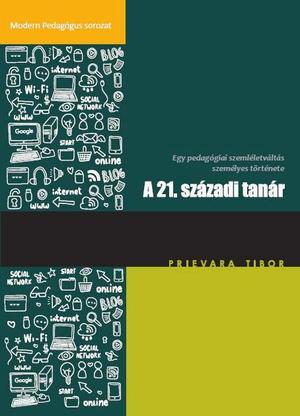