Lizzy Ford - Cursed
The ​Red Man is coming ... Five years after her sister disappeared, seventeen-year-old Adrienne finds the strength to return to her father’s home in New Orleans. But soon after she arrives, the mark of a curse appears on her, leaving her worried. Will she be the next victim of a four-hundred-year old family curse ... the next to be claimed by a serial killer roaming the back alleys of the city? The day before his senior year begins, Jayden is given a skeleton key passed down through his family for generations -- a gruesome reminder of how his ancestors betrayed their own people and sold them into slavery. He doesn’t believe in the curse the key allegedly bears and puts it away with the intention of forgetting about its message. Until he meets Adrienne, a girl he’s compelled to for more reasons than her beauty. He’s not the only one who notices her. A man in a skeleton mask and a voodoo gang member are also drawn to Adrienne. One is determined to protect her. The other intends to mislead her. Haunted by the mythical Red Man, all are connected to the ancient curse. Can they overcome their misgivings about one another and prevent the dark prophecy looming over them? Or will they be lured away from each other by evil’s siren song? 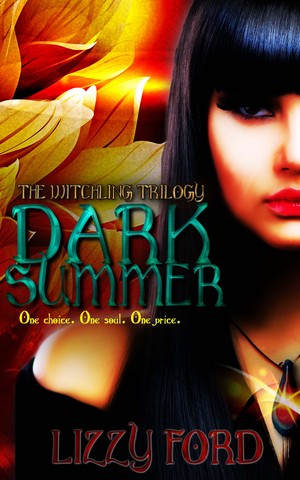 Lizzy Ford - Dark ​Summer
A ​school for Witchlings... The ultimate choice between Light and Dark... Where the price of a mistake...is your soul. Sixteen-year-old Summer doesn’t expect her new boarding school to be any different than the rest: a temporary stay, until her uncontrollable magic gets her thrown out again. In her mind, there’s no point in getting too friendly with anyone. That is, until she notices Decker, the boy who will become the Master of Night and Fire on his eighteenth birthday. When she learns that this special school has attracted others with magic in their blood, she is hopeful that this time around, things may be different. Besides, she can’t deny her interest in Decker, and when he rescues her one night from the dark forests of the Rocky Mountains, their connection is instant. Yet a relationship with Decker may prove to be Summer’s downfall, forcing her to choose between Light and Dark, life and death, love – and their souls. One choice. One soul. One price 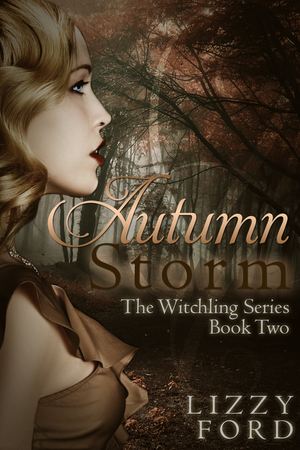 Lizzy Ford - Autumn ​Storm
A ​girl with no memory, hidden in plain sight. A boy with no hope, freefalling into Darkness. Autumn doesn’t know why she remembers a boarding school she’s never visited, or why her reflection isn’t always … hers. There’s another girl in the mirror, a dark-haired ghost that emerges one night to guide her to a cliff near the school. Only Autumn can’t remember what happened there and why it’s so important. Beck’s gentle touch soothes her distress while Decker’s every look sets her body on fire. Caught between the twins, she struggles to understand her instincts and magick while working through the pain caused by a mysterious car accident that left her disabled, barely able to walk. Unable to recover from Summer’s death, Decker slowly surrenders to the Dark. He can’t live with the pain, and those around him keep Autumn’s secret too well. The guilt he feels when he falls for her – and betrays Summer’s memory – drives him farther from the Light, until he loses control and begins taking the souls of Light witchlings. As the protector of Light, Beck must choose between confronting his twin and watching more witchlings suffer. Decker realizes Beck has come between more than him and the witchlings. With neither of them willing to let Autumn go, they turn on each other. Only one of them knows the truth. Only one of them will walk away, unless Autumn can find a way to save them both. 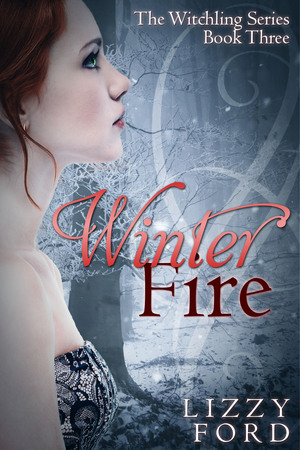 Lizzy Ford - Winter ​Fire
With ​a Dark witching seeking revenge against him, Beck, the eighteen-year-old Master of Light, must find a way to protect those he loves, the witchlings – and his heart. His duty is further complicated by Morgan, a beautiful Fire witching with a secret that threatens to destroy the progress he’s made protecting the Light. 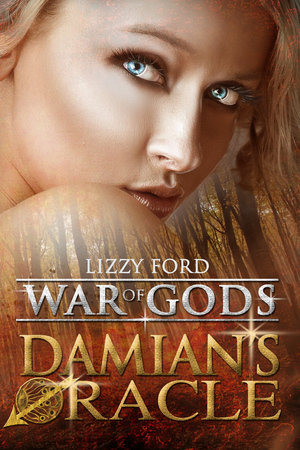 Lizzy Ford - Damian's ​Oracle
Inspired ​by Slavic mythology, Damien’s Oracle is the entree into the ongoing battle between good and evil over the fate of humanity. The White God, Damian, and his Guardians protect the world from the Black God and his monsters while rescuing Naturals – humans with extraordinary paranormal gifts - from the Black God, who would kill or convert them. Caught in the middle is cool-headed Sofia, a Natural whose gift will tip the scales in the war. Sofia begins her transformation from human into oracle, the first in thousands of years. Damian rescues her from the Black God in time to complete a ceremony that will bind her to him for eternity. Sofia struggles with her new world and her role as an oracle and Damian’s mate while haunted by a mysterious man from Damian’s past who’s supposed to be dead. Unbeknownst to her, her link to the dead man may be all that saves Damian, his Guardians, and the fate of humanity. While he wants nothing more than for the petite beauty to take her place at his side like the oracles of legend did his White God forefathers, Damian can’t quite rationalize having to win her over instead of command her. Further complicating his life is the sobering realization that there are spies in his organization who are helping the Black God take out his Guardians. Damian must help Sofia reach her potential fast, especially when a threat from his past returns. 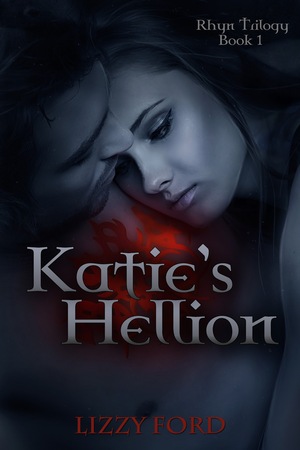 Lizzy Ford - Katie's ​Hellion
Katie ​thinks she’s going crazy when a baby immortal and death’s personal assistant appear at her doorstep. She’s drawn into a world filled with immortals like Rhyn, an outcast half-breed who claims her as his mate in a show of defiance to his brothers. Rhyn rescues her from Hell and discovers his little human has the gift of immortal immunity that will help his brothers protect the immortal and mortal worlds. But Rhyn must keep her alive from good and bad immortals determined to use her and her gift of immortal immunity to their advantage, and Katie must find a way to trust the outcast of the immortal world. 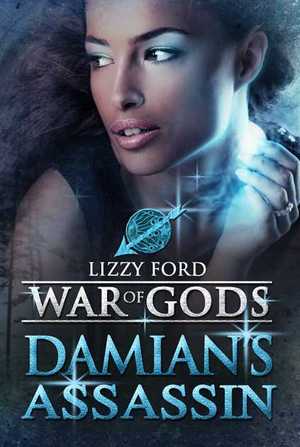 Lizzy Ford - Damian's ​Assassin
With ​the White God in Europe, Dustin is left alone in Miami to protect the Grey God, a man-god struggling with his identity, and the White God’s mate. One of the Black God’s vamps in Miami suddenly goes rogue and starts killing humans by the dozen. Dustin initially doesn’t think much of the ruthless, human-hating thug, Talon, until it becomes clear that the vamp is receiving help from otherworldly beings whose intentions are nothing short of destroying humanity. To make matters even worse, Dustin’s begun to dream of his dead sister, who tells him he’ll be seeing her soon. Dustin rescues Bianca and her troubled brother, a Natural whose mysterious talent makes him vital to Talon’s plans. Bianca, a woman as sunny and sweet as Dustin is hard and cold, has the rare Natural gift of healing. She can bring the recent dead back to life or turn a vamp back into a human. She can even reach Dustin’s heart, which he locked away long again after his sister’s death. Convinced he’ll be killed soon, Dustin won’t risk his heart or Bianca’s, despite their mutual attraction, and Bianca discovers even her incredible talent can’t save both the men she loves. 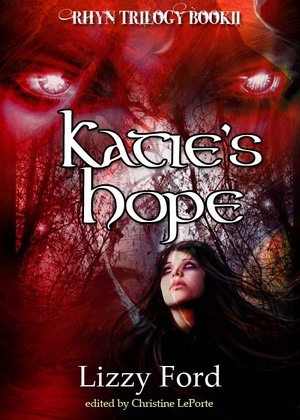 Lizzy Ford - Katie's ​Hope
Three ​weeks after leaving Rhyn, Katie learns the Immortals have no intention of letting her go despite her deal with their leader. Rhyn discovers he can only protect her if he accepts his place among the Immortals. However, doing so may cost him the only thing that matters. Meanwhile, demons are closing in, and Death orders Katie killed. Death's assassin and the demons pursue them, and Katie will have to choose between Death or Hell to save Rhyn from both. 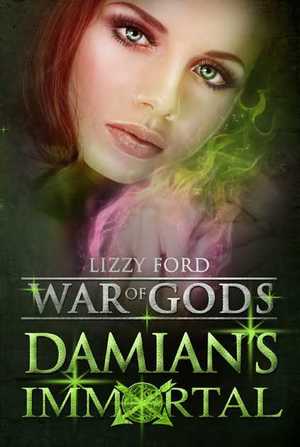 Lizzy Ford - Damian's ​Immortal
Book ​3, War of Gods series. The White God’s most trusted friend, Jule, has his powers stripped by the Watchers. They give him an impossible mission: find the mysterious Magician and kill her, before she reopens the gateway between the realms. Jule quickly discovers the beautiful Magician is not what the Watchers claim. Afraid of her own powers, the Magician has lived a sheltered life, a near-prisoner of someone determined to use her magic to destroy the human world. The Magician, Yully, must choose between her loyalty to the man she views as her father and Jule, the man whose touch brings her hope and happiness after years of fear. Meanwhile, the young Black God is growing into his powers, with the assistance of a being that shouldn’t exist, and whose presence threatens to alter the balance of power between Good and Evil. 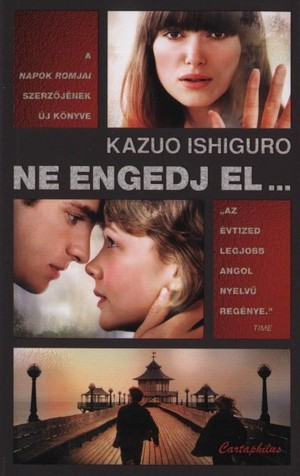