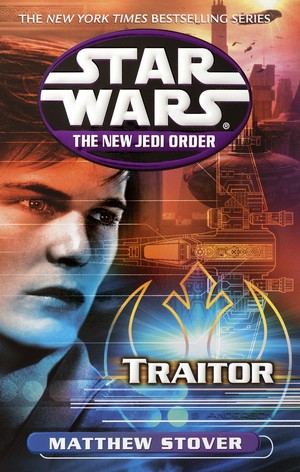 Matthew Stover - Traitor
From ​the depths of catastrophe, a glimmer of hope. After the capture of Coruscant, the mighty heart of the New Republic, a stunned galaxy fears that nothing can stop the Yuuzhan Vong. Still, that crushing defeat produces one small miracle: Jacen Solo is alive. Yet he can scarcely imagine himself in stranger circumstances. The young Jedi Knight is in the care of Vergere, a fascinating creature of mystery and power, her intentions hard to fathom, her cruelties rarely concealed. But this master of inscrutable arts has much to teach the young Jedi . . . for she holds the key to a new way to experience the Force, to take it to another level—dangerous, dazzling, perhaps deadly. In the wrong hands, the tremendous energies of the Force can be devastating. And there are others watching Jacen’s process closely, waiting patiently for the moment when he will be ready for their own dire purposes. Now, all is in shadows. Yet whatever happens, whether Jacen’s newfound mastery unleashes light or darkness, he will never be the same Jedi again. . . . 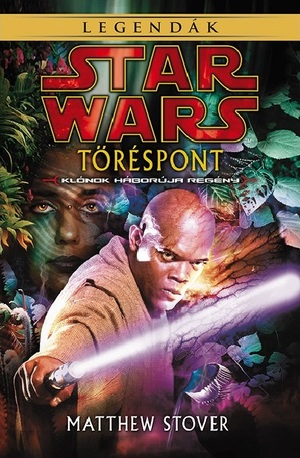 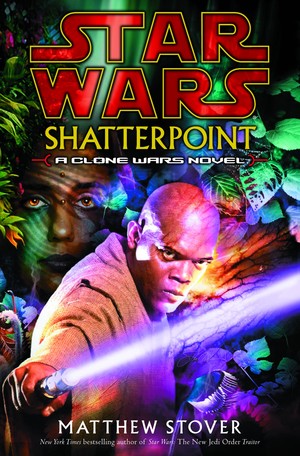 Matthew Stover - Shatterpoint
“The ​Jedi are keepers of the peace. We are not soldiers.” —MACE WINDU Star Wars Episode II: Attack of the Clones Mace Windu is a living legend: Jedi Master, senior member of the Jedi Council, skilled diplomat, devastating fighter. Some say he is the deadliest man alive. But he is a man of peace—and for the first time in a thousand years, the galaxy is at war. Now, following the momentous events climaxing in the Battle of Geonosis, Master Mace Windu must undertake a perilous homecoming to his native world—to defuse a potentially catastrophic crisis for the Republic . . . and to confront a terrifying mystery with dire personal consequences. The jungle planet of Haruun Kal, the homeworld Mace barely remembers, has become a battleground in the increasing hostilities between the Republic and the renegade Separatist movement. The Jedi Council has sent Depa Billaba—Mace’s former Padawan and fellow Council member—to Haruun Kal to train the local tribesmen as a guerilla resistance force, to fight against the Separatists who control the planet and its strategic star system with their droid armies. But now the Separatists have pulled back, and Depa has not returned. The only clue to her disappearance is a cryptic recording left at the scene of a brutal massacre: a recording that hints of madness and murder, and the darkness in the jungle . . . a recording in Depa’s own voice. Mace Windu trained her. Only he can find her. Only he can learn what has changed her. Only he can stop her. Jedi were never intended to be soldiers. But now they have no choice. Mace must journey alone into the most treacherous jungle in the galaxy—and into his own heritage. He will leave behind the Republic he serves, the civilization he believes in, everything but his passion for peace and his devotion to his former Padawan. And he will learn the terrible price that must be paid, when keepers of the peace are forced to make war. . . . 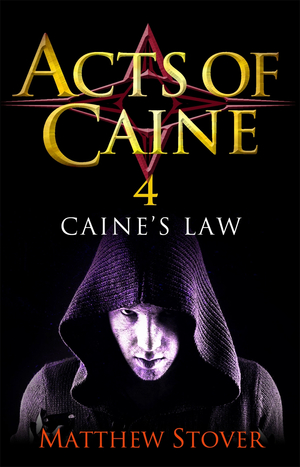 Matthew Stover - Caine's ​Law
SOME ​LAWS YOU BREAK. SOME BREAK YOU. AND THEN THERE’S CAINE’S LAW. From the moment Caine first appeared in the pages of _Heroes Die_, two things were clear. First, that Matthew Stover was one of the most gifted fantasy writers of his generation. And second, that Caine was a hero whose peers go by such names as Conan and Elric. Like them, Caine was something new: a civilized man who embraced savagery, an actor whose life was a lie, a force of destruction so potent that even gods thought twice about crossing him. Now Stover brings back his greatest creation for his most stunning performance yet. Caine is washed up and hung out to dry, a crippled husk kept isolated and restrained by the studio that exploited him. Now they have dragged him back for one last deal. But Caine has other plans. Those plans take him back to Overworld, the alternate reality where gods are real and magic is the ultimate weapon. There, in a violent odyssey through time and space, Caine will face the demons of his past, find true love, and just possibly destroy the universe. Hey, it’s a crappy job, but somebody’s got to do it. 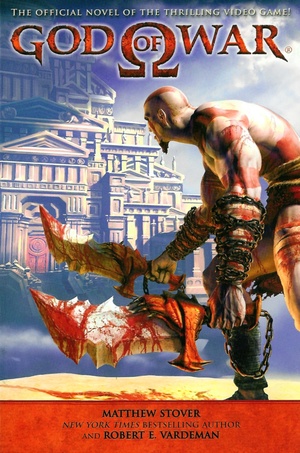 Matthew Stover - Robert E. Vardeman - God ​of War
Offering ​deeper insights into the critically acclaimed God of War® franchise, this novel returns us to the dark world of ancient Greek mythology explored in the heart-pounding action of God of War I, the bestselling video game. A brutal warrior, Kratos is a slave to the gods of Olympus. Plagued by the nightmares of his past and yearning for freedom, the Ghost of Sparta would do anything to be free of his debt to the gods. He is on the verge of losing all hope when the gods give him one last task to end his servitude. He must destroy Ares, the god of war. But what chance does a mere mortal have against a god? Armed with the deadly chained Blades of Chaos, guided by the goddess Athena, and driven by his own insatiable thirst for vengeance, Kratos seeks the only relic powerful enough to slay Ares . . . a quest that will take him deep into the mysterious temple borne by the Titan Cronos! From the black depths of Hades to the war-torn city of Athens to the lost desert beyond, God of War sheds a brutal new light on the bestselling video game and on the legend of Kratos. 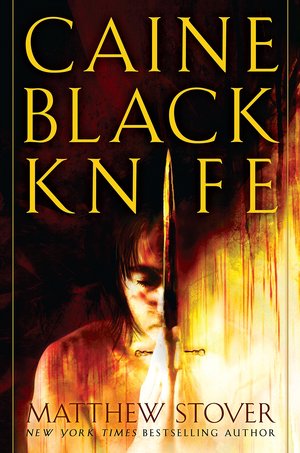 Matthew Stover - Caine ​Black Knife
In _Heroes ​Die_ and _Blade of Tyshalle_, Matthew Stover created a new kind of fantasy novel, and a new kind of hero to go with it: Caine, a street thug turned superstar, battling in a future where reality shows take place in another dimension, on a world where magic exists and gods are up close and personal. In that beautiful, savage land, Caine is an assassin without peer, a living legend born from one of the highest-rated reality shows ever made. That season, Caine almost single-handedly defeated - and all but exterminated - the fiercest of all tribes: the Black Knives. But the shocking truth of what really took place during that blood-drenched adventure has never been revealed…until now. Thirty years later, Caine returns to the scene of his greatest triumph - some would say greatest crime - at the request of his adopted brother Orbek, the last of the true Black Knives. But where Caine goes, danger follows, and he soon finds himself back in familiar territory: fighting for his life against impossible odds, with the fate of two worlds hanging in the balance. Just the way Caine likes it. 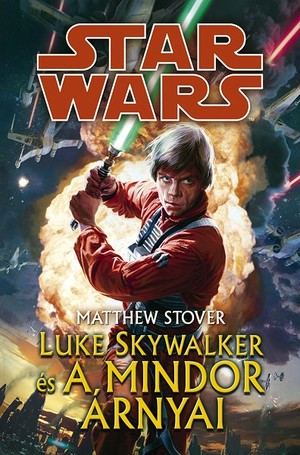 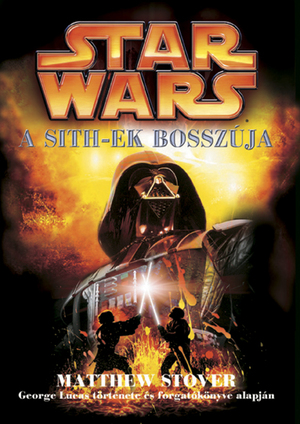 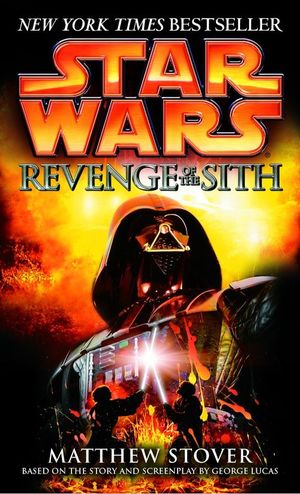 Revenge ​of the Sith Matthew Stover
1

Matthew Stover - Revenge ​of the Sith
HARDCOVER "The ​Force grows dark, Anakin. Be wary of your feelings." 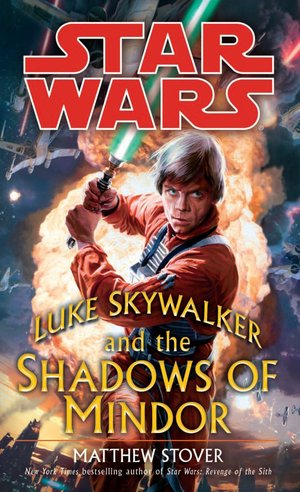 Luke ​Skywalker and the Shadows of Mindor Matthew Stover
0

Matthew Stover - Luke ​Skywalker and the Shadows of Mindor
Overthrowing ​the dark side's empire has made them heroes. But underestimating the fury of the Sith will make them targets. Emperor Palpatine and Darth Vader are dead. The Empire has been toppled by the triumphant Rebel Alliance, and the New Republic is ascendant. But the struggle against the dark side and the Sith order is not over. Luke Skywalker, Princess Leia, Han Solo, Lando Calrissian, and their faithful comrades have had little time to savor victory before being called on to defend the newly liberated galaxy. Powerful remnants of the vanquished Empire, hungry for retaliation, are still at large, committing acts of piracy, terrorism, and wholesale slaughter against the worlds of the fledgling Republic. The most deadly of these, a ruthless legion of black-armored stormtroopers, do the brutal bidding of the newly risen warlord Shadowspawn. Striking from a strategically advantageous base at the planet Mindor, they are waging campaigns of plunder and destruction, demolishing order and security across the galaxy—and breeding fears of an Imperial resurgence. And another reign of darkness beneath the boot-heel of Sith despotism is something General Luke Skywalker cannot and will not risk. Mobilizing the ace fighters of Rogue Squadron—along with the trusty Chewbacca, Threepio, and Artoo-Detoo—Luke, Han, and Leia set out to take the battle to the enemy at the site of its stronghold, and neutralize the threat before it's too late. But their imminent onslaught against Mindor will be playing directly into the hands of their cunning new adversary. Lord Shadowspawn is no freshly anointed Sith Chieftain, but in fact a vicious former Imperial Intelligence officer—and Prophet of the Dark Side. The Emperor's death has paved the way for Shadowspawn's return from exile in the Outer Rim; and mastery of ancient Sith knowledge and modern technology has given him the capability to mount the ultimate power play for galaxy-wide dominion. Dark prophecy has foretold that only one obstacle stands in his way, and he is ready—even eager—for the confrontation. All the classic heroes, all the explosive action and adventure, all the unparalleled excitement of Star Wars come breathlessly alive here, as the further adventures of Luke Skywalker continue. 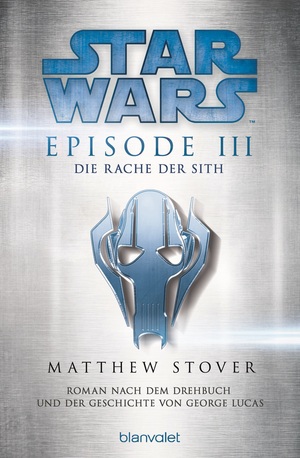 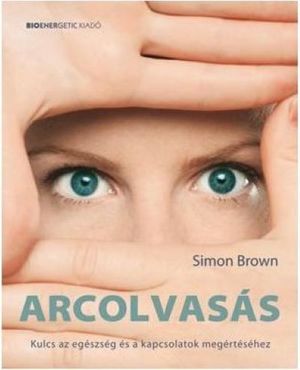