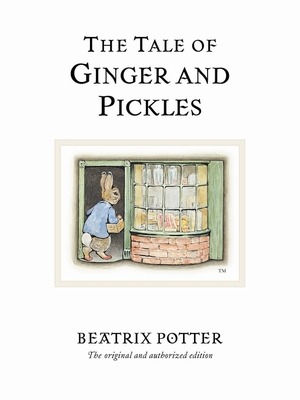 Beatrix Potter - The Tale of Ginger & Pickles
Once upon a time there was a village shop. The name over the window was "Ginger and Pickles". It was a little small shop just the right size for Dolls - Lucinda and Jane Doll-cook always brought their groceries at Ginger and Pickles. 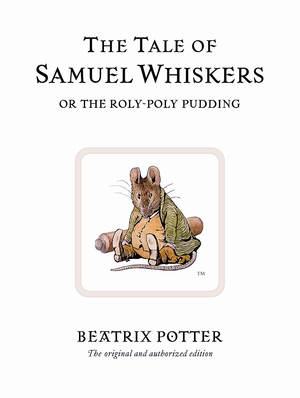 The ​Tale of Samuel Whiskers or the Roly-Poly Pudding... Beatrix Potter
2

Beatrix Potter - The ​Tale of Samuel Whiskers or the Roly-Poly Pudding
Once ​upon a time there was an old cat, called Mrs. Tabitha Twitchit, who was an anxious parent. She used to lose her kittens continually, and whenever they were lost they were always in mischief! On baking day she determined to shut them up in a cupboard. 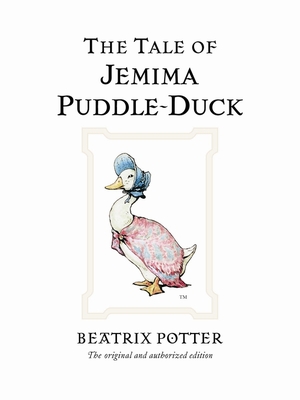 Beatrix Potter - The ​Tale of Jemima Puddle-Duck
What ​a funny sight it is to see a brood of ducklings with a hen! - Listen to the story of Jemima Puddle-duck, who was annoyed because the farmer's wife would not let her hatch her own eggs. 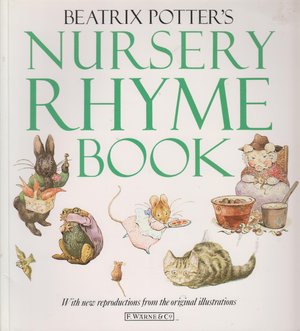 Beatrix Potter - Nursery ​Rhyme Book
Beatrix ​Potter loved traditional rhymes and riddles, and she wove them into her Tales whenever she could. Here is a delightful collection of nearly one hundred nursery rhymes, some of them taken from her books, and some which were intended to be published but which were dropped for reasons of space, or because the book itself was never completed. Verses from the privately-printed edition of The Tailor of Gloucester and rhymes for the early 1905 edition of Appley Dappley's Nursery Rhymes which was never finished rub shoulders with better-known favourites from the 1917 edition of Appley Dappley's Nursery Rhymes, Cecily Parsley's Nursery Rhymes, The Tale of Mrs. Tiggy-Winkle, The Tale of Timmy Tiptoes and The Fairy Caravan, together with rhymes from The Tale of Squirrel Nutkin. Some of the rhymes are traditional, quoted from Haliwell if Beatrix Potter's reference was too scanti; some are Beatrix Potter's special adaptations; others are Beatrix Potter originals. Charming illustration from Beatrix Potter's work perfectly complement the rhymes, and make the book an ideal gift for any child. A special feature od this edition are the fresh reproductions (from new transparencies) of nearly all the original paintings included in the book. Beatrix Potter was born on July 28, 1866. She spent a lonely but interesting childhood, for although her parents were inclined to keep her isolated from the company of children, she was encouraged to study art, and as she grew older, natural history. She kept animals in the schoolroom - Peter Rabbit and Benjamin Bunny had been two of these pets, which is why they retain their true animal characteristics in her famous Tales, despite the little blue jacket, tam-o-shanter and clogs. Later in life she maintained that she was glad that she had never gone to school because it would have rubbed off some of the originality. She had been educated by governesses, and it was for the little son of the last governess that the celebrated Peter Rabbit story was written - as a picture letter in 1893. She later had it turned into a book, first in a privately printed edition, and in 1902 it appeared with coloured pictures as the first of the series of little Tales which have become so popular throughout the world. In 1913 Beatrix Potter married William Heelis, a solicitor in the Lake District, and became more and more involved in farming as the years wnt on. When she died in 1943 she left four thousand acres of Lake District land to National Trust. 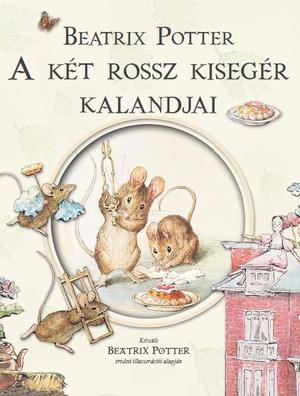 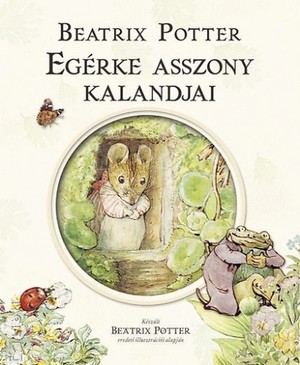 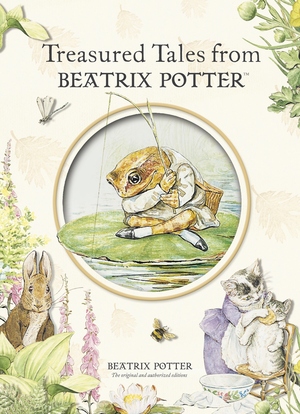 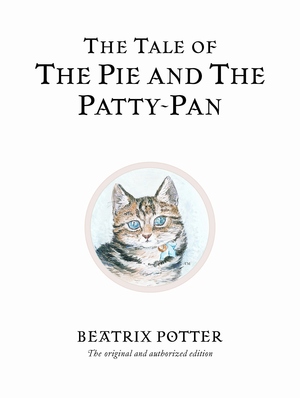 Beatrix Potter - The ​Tale of the Pie and the Patty-Pan
Once ​upon a time there was a Pussy-cat called Ribby, who invited a little dog called Duchess, to tea. "Come in good time, my dear Duchess," said Ribby's letter, "and we will have something so very nice. I am baking it in a pie-dish - a pie-dish with a pink rim. You never tasted anything so good! And you shall eat it all! I will eat muffins, my dear Duchess!" wrote Ribby. 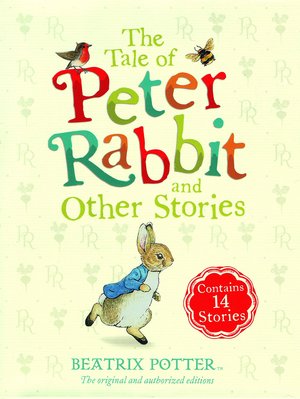 The ​Tale of Peter Rabbit and Other Stories Beatrix Potter
0 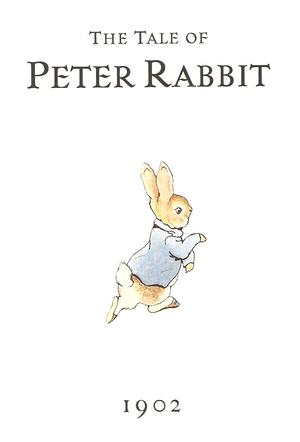 Beatrix Potter - The ​Tale of Peter Rabbit
The ​quintessential cautionary tale, Peter Rabbit warns naughty children about the grave consequences of misbehaving. When Mrs. Rabbit beseeches her four furry children not to go into Mr. McGregor's garden, the impish Peter naturally takes this as an open invitation to create mischief. He quickly gets in over his head, when he is spotted by farmer McGregor himself. Any child with a spark of sass will find Peter's adventures remarkably familiar. And they'll see in Flopsy, Mopsy, and Cotton-tail that bane of their existence: the "good" sibling who always does the right thing. One earns bread and milk and blackberries for supper, while the obstinate folly of the other warrants medicine and an early bedtime. Beatrix Potter's animal stories have been a joy to generations of young readers. Her warm, playful illustrations in soft colors invite children into the world of words and flights of fancy. Once there, she gently and humorously guides readers along the path of righteousness, leaving just enough room for children to wonder if that incorrigible Peter will be back in McGregor's garden tomorrow. (Ages Baby to Preschool)Beatrix Potter's classic tale is now available as a Little Golden Storybook, making it a perfect collectible for your family library. Follow Peter Rabbit through the adventure that children have grown up on for generations. 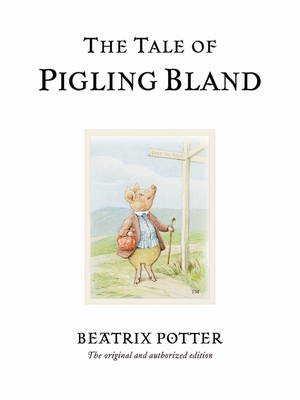 Beatrix Potter - The ​Tale of Pigling Bland
Once ​upon a time there was an old pig called Aunt Pettitoes. She had eight of a family: four little girl pigs, called Cross-patch, Suck-suck, Yock-yock and Spot; and four little boy pigs, called Alexander, Pigling Bland, Chin-chin and Stumpy. Stumpy had had an accident to his tail. 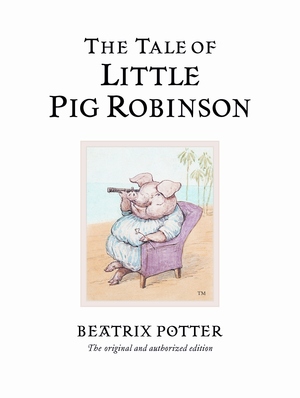 Beatrix Potter - The ​Tale of Little Pig Robinson
When ​I was a child I used to go to the seaside for the holidays. We stayed in a little town where there was a harbour and fishing boats and fishermen. They sailed away to catch herrings in nets. When the boats came back home again some had only caught a few herring. Others had caught so many that they could not all be unloaded on the to quay. 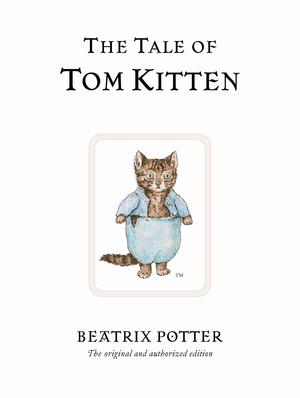 Beatrix Potter - The ​Tale of Tom Kitten
Once ​upon a time there were three little kittens, and their names were Mitten, Tom Kitten, and Moppet. They had dear little fur coats of their own; and they tumbled about the doorstep and played in the dust. 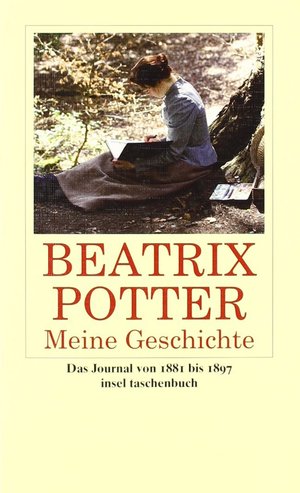 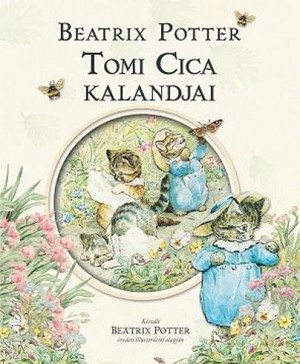 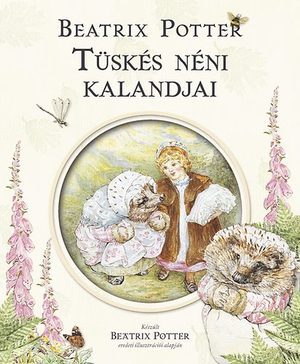 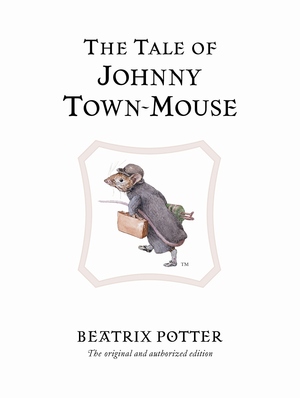 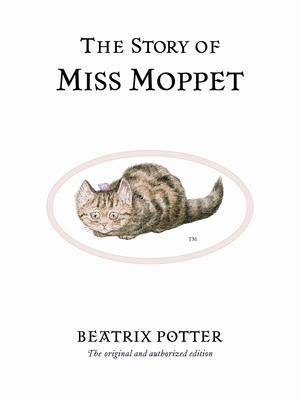 Beatrix Potter - The ​Story of Miss Moppet
This ​is a Pussy called Miss Moppet, she thinks she has heard a mouse! This is the Mouse peeping out behind the cupboard, and making fun of Miss Moppet. He is not afraid of a kitten. 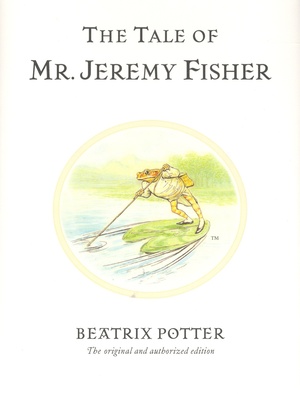 Beatrix Potter - The ​Tale of Mr. Jeremy Fisher
Once ​upon a time there was a frog called Mr. Jeremy Fisher; he lived in a little damp house amongst the buttercups at the edge of a pond. The water was all slippy-sloppy in the larder and in the back passage. 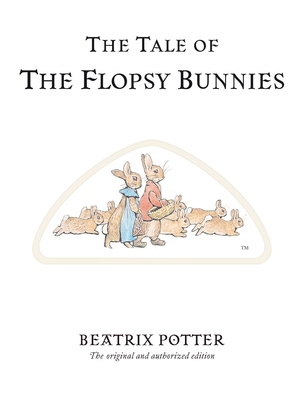 The ​Tale of the Flopsy Bunnies Beatrix Potter
2

Beatrix Potter - The ​Tale of the Flopsy Bunnies
It ​is said that the effect of eating too much lettuce is "soporific". I have never felt sleepy after eating lettuces; but then I am not a rabbit. They certainly had a very soporific effect upon the Flopsy Bunnies! 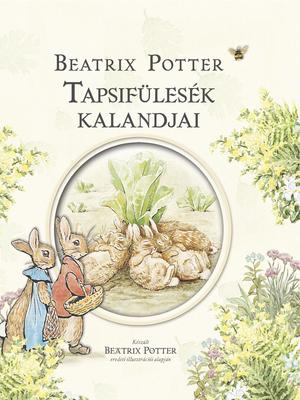 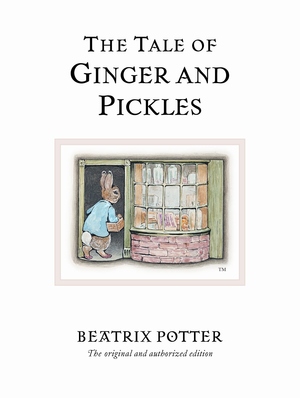 The ​Tale of Ginger and Pickles Beatrix Potter
2 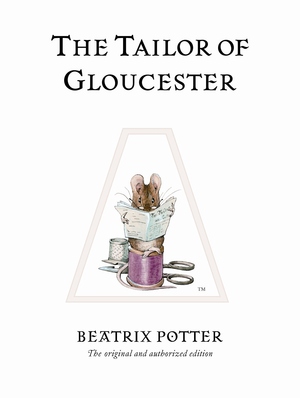 The ​Tailor of Gloucester Beatrix Potter
1

Beatrix Potter - The ​Tailor of Gloucester
To ​celebrate Peter's birthday, Frederick Warne is publishing new editions of all 23 of Potter's original tales, which take the very first printings of Potter's works as their guide. The aim of these editions is to be as close as possible to Beatrix Potter's intentions while benefiting from modern printing and design techniques. The colors and details of the watercolors in the volumes are reproduced more accurately than ever before, and it has now been possible to disguise damage that has affected the artwork over the years. Most notably, The Tale of Peter Rabbit restores six of Potter's original illustrations. Four were sacrificed in 1903 to make space for illustrated endpapers, and two have never been used before. Of course, Beatrix Potter created many memorable children's characters, including Benjamin Bunny, Tom Kitten, Jemima Puddle-duck and Jeremy Fisher. But whatever the tale, both children and adults alike can be delighted by the artistry in Potter's illustrations, while they also enjoy a very good read. Because they have always been completely true to a child's experience, Potter's 23 books continue to endure. 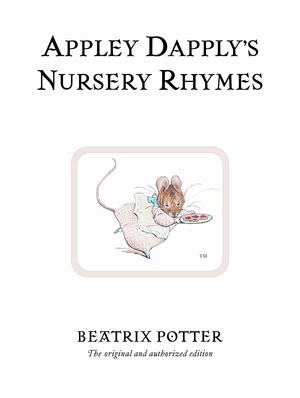 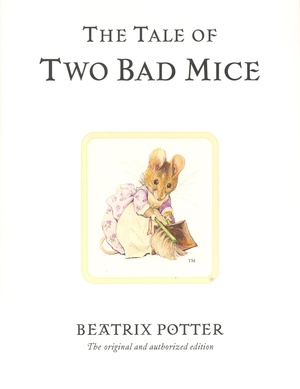 Beatrix Potter - The ​Tale of Two Bad Mice
Once ​upon a time there was a very beautiful doll's-house; it was red brick with white windows, and it had real muslin curtains and a front door and a chimney. It belonged to two Dolls called Lucinda and Jane, at least it belonged to Lucinda, but she never ordered meals. 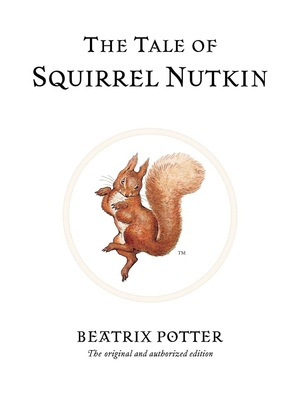 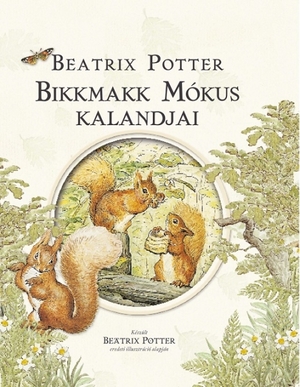 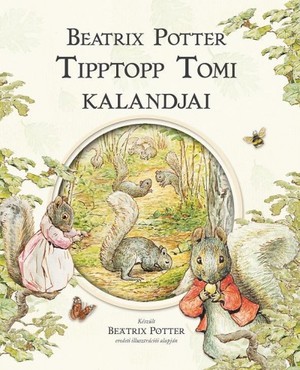 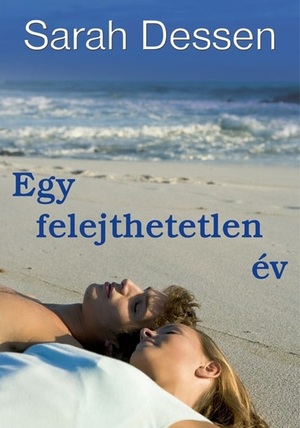