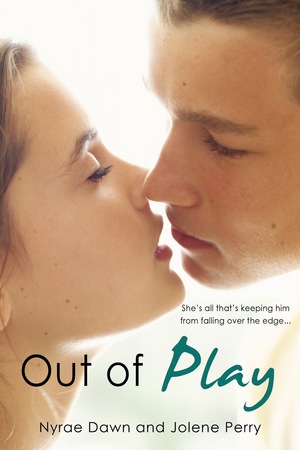 Nyrae Dawn - Jolene Perry - Out ​of Play
Rock ​star drummer Bishop Riley doesn't have a drug problem. Celebrities—especially ones suffering from anxiety—just need a little help taking the edge off sometimes. After downing a few too many pills, Bishop wakes up in the hospital facing an intervention. If he wants to stay in the band, he’ll have to detox while under house arrest in Seldon, Alaska.  Hockey player Penny Jones can't imagine a life outside of Seldon. Though she has tons of scholarship offers to all the best schools, the last thing she wants is to leave. Who'll take care of her absentminded gramps? Not her mother, who can’t even be bothered to come home from work, let alone deal with their new tenants next door. Penny’s not interested in dealing with Bishop’s crappy attitude, and Bishop’s too busy sneaking pills to care. Until he starts hanging out with Gramps and begins to see what he’s been missing. If Bishop wants a chance with the fiery girl next door, he’ll have to admit he has a problem and kick it. Too bad addiction is hard to kick…and Bishop’s about to run out of time. 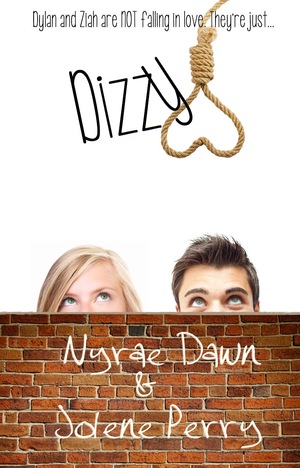 Nyrae Dawn - Jolene Perry - Dizzy
Dylan ​doesn’t do relationships. He and his older brother watched their dad go through hell and back, so they made a pact years ago—no girl would come between the Gibson boys. But his brother sells out. He's getting married anyway. To the sister of a chick Dylan met at a party, who's probably the angriest girl he's ever met. Unfortunately, she happens to be hot, too. Ziah’s life is upside down—her safe boyfriend turns out to be not-so-safe, and now her sister is getting married before college is over to the older brother of a spoiled, party boy who drives her crazy. And also makes her heart beat too fast. There’s no denying the attraction, but there's also no denying how much they irritate each other. When they’re thrown together as forced wedding planners, they find an ally in each other--neither wants this wedding to happen. But instead of putting a stop to the crazy nuptials they find themselves at fittings and cake testing. And maybe even…a few dates? Dizzy is a novel about what happens when two people who are determined not to fall in love, maybe do anyway. Maybe.