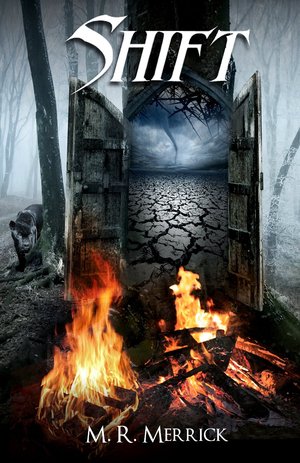 M. R. Merrick - Shift
Devastated ​by a terrible loss, Chase is trying to balance the life he’s been left with, a family he’s still getting to know, and power he never thought he’d have. He doesn’t understand why the Goddess has named him the Protector and granted him two gifts: the Mark, a tattoo that now covers his back, and the ring. But between getting interrogated by the Circle and psychic attacks from Riley, the Mark is the least of his concern. There’s a demon inside Rayna that’s fighting to be released, and it’s not her inner witch. It’s something else—a monster threatening to tear her apart. As Chase struggles to control his magic, his enemies are closing in. Everyone has staked a claim on his ring, and destroying it may be his only chance to stop Riley. But Chase must decide if stopping him is worth risking the lives of everyone he cares about, or if protecting the ring will be enough to save his world. 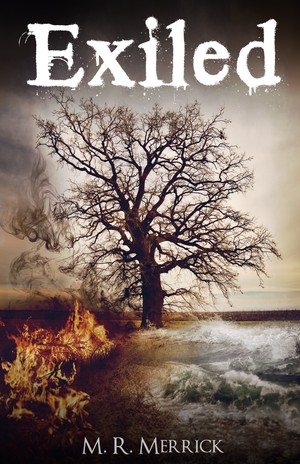 M. R. Merrick - Exiled
Chase ​Williams is a demon hunter in the Circle, or at least he was supposed to be. On his fifteenth birthday, Chase stepped up to the altar to claim his elemental power, but it never came. Elemental magic is passed down to a hunter through the bloodline, but on Chase's birthday, the bloodline stopped. Exiled without the Circle's protection, Chase has spent two years trying to survive a world riddled with half-demons and magic. When he has a run in with a frightened and seemingly innocent demon, he learns the Circle's agenda has changed: the Circle plans to unlock a portal and unleash pure-blood demons into the world. Vowing to stop them, and knowing he can't do it alone, Chase forms a reluctant alliance with Rayna — a sexy witch with an attitude and a secret. In their attempt to stop them, Chase and Rayna find themselves in the middle of the Circle's plan, leaving one of them to decide what their friendship is worth, and the other's life depending on it. 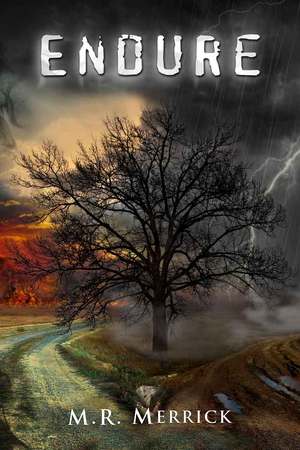 M. R. Merrick - Endure
Wrapped ​in darkness and woven with defeat, every action Chase has taken since being exiled from the Circle has been met with a devastating response. Now he's been burdened with a quest that seems impossible, and he needs to evolve into something more, something greater than he ever thought he could be. Armed with magic, friendship, and an unbreakable will, Chase must build an army and find a weapon capable of defeating the ultimate evil. But he knows that nothing great comes without sacrifice. Blessed by the very gods who have abandoned him and carrying the fate of all the worlds on his shoulders, Chase Williams is about find out just how much one man can endure. 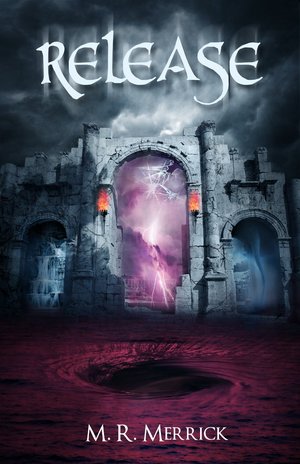 M. R. Merrick - Release
After ​uniting the shifters and calling in reinforcements, Chase has to face his toughest challenge yet: learning to control his emotions. But as tensions rise and his powers grow, controlling his emotions becomes the least of his problems. Terrorized by a multi-shifter who is hell-bent on turning him, Chase questions just how far he’s willing to go to stop his father. Meanwhile, Tiki’s virtuous nature has placed him in the middle of Vincent’s past, leaving Chase to oppose a senate of vampires and defend a demon he hates. Trying to balance his friends, his enemies, and his inner demons, Chase is left searching for answers about the Mark, his destiny, and where he can find the next soul piece. Stopping Riley is his top priority, but as more obstacles arise, he finds himself doubting all the decisions he’s made - especially regarding Rayna. One thing is for certain: Chase has finally realized that he doesn’t know anything. The light doesn’t always quell the darkness, the monsters don’t always stay in the shadows, and the past doesn’t always stay in the past - sometimes, the demons inside are the hardest to fight. 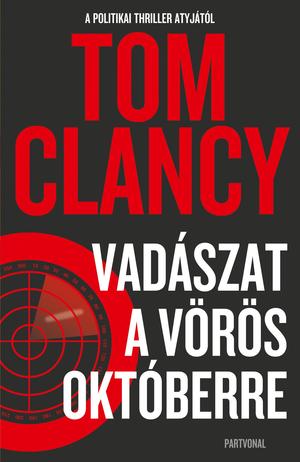