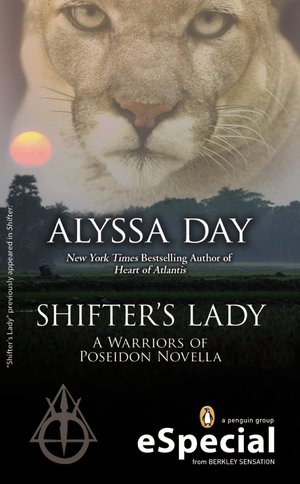 Alyssa Day - Shifter's ​Lady
An ​Atlantean beauty and a voracious Alpha panther male explore the boundaries of shape-shifting passion—only to shatter each one of them, in a beguiling novella of the Warriors of Poseidon… Having never ventured beyond Atlantis for four centuries, Marie, First Maiden of the Nereids, is finally leaving for the world of the Above to see her brother and meet the beautiful shifter he married. For Marie, an even bigger surprise awaits her—one prowling in her sister-in-law’s panther pack. No man has ever touched her quite as exquisitely as Ethan, Alpha male of the panthers. But being drawn into his sensual world is as irresistible as it is dangerous when a violent turf war places both of them in inescapable danger. Includes a preview of the new Warriors of Poseidon novel, Heart of Atlantis Shifter’s Lady previously appeared in Shifter. 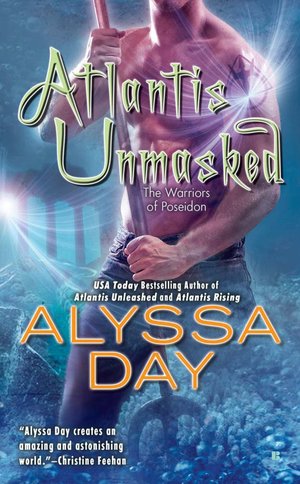 Alyssa Day - Atlantis ​Unmasked
A ​warrior scarred... A descendant of Diana... When two worlds collide... Atlantis is unmasked. Alexios survived two years of unspeakable torture at the hands of a vampire goddess. Now he's been ordered to team up with a beautiful warrior and take on the most dangerous mission of his life: to retrieve the Vampire's Bane. Without it, Atlantis can't ascend to the surface and take its rightful place in the world. But when evil threatens, will Alexios be led by duty-or his heart? Grace is part of the rebellion against the vampires and shape-shifters trying to take over her world. She is deadly with her bow, because when she takes aim, she never misses her target. But suddenly she's focused on a damaged Atlantean warrior who sees her as a weapon, not as a woman. When thousands of lives are on the line, will passion overrule, or will her aim be true? 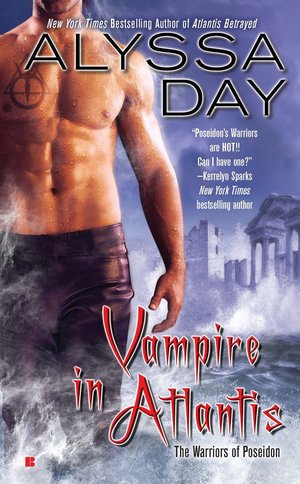 Alyssa Day - Vampire ​in Atlantis
The ​most unexpected of all allies to Poseidon’s warriors has proven to be the fiercest—Daniel, a vampire and Night Guild mage. But even the strongest alliance can be destroyed when an 11,000 year-old desire is reborn… A vampire’s oath, a maiden’s quest… Daniel, vampire and ally of the Warriors of Poseidon, has fought on the side of humanity—even against his fellow creatures of the night—for more than 11,000 years. But the crushing weight of futility and the reality of always being starkly, utterly alone has forced him to finally give into despair. He took the first step into the sunlight that would destroy him—and instead walked into Atlantis. And the blackest of magic that could consume them both… Eleven thousand years ago, Serai was one of a group who agreed to be placed into magical stasis to ensure the future of the Atlantean race. When a dark sorceress steals the gemstone that protects her sleeping sisters, she awakens to a vastly changed world—and the one man she could never, ever forget. And with an ancient evil tracking their every step, the long-lost lovers must battle both the darkest of magic and the treacheries of their own hearts. 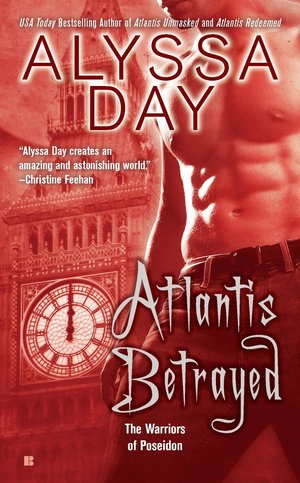 Alyssa Day - Atlantis ​Betrayed
Poseidon’s ​warriors have learned that the battle to protect humanity produces unexpected enemies--and alliances. And one of the most powerful of all Atlantean warriors will soon find both…in one daring beauty. A warrior’s mission, a woman’s desire… What could Christophe, powerful Warrior of Poseidon, have in common with Fiona Campbell, prim and proper Scottish illustrator of fairytales by day and notorious jewel thief known as the Scarlet Ninja by night? Answer: The Siren, a legendary Crown Jewel that Fiona has targeted for her next heist. It’s said to be worth millions, but to Christophe it’s invaluable. For the Siren also happens to be one of the missing jewels from Poseidon’s trident. And the unnatural evil that could destroy them both. But breaking into the Tower of London is a two-person job, so Christophe and Fiona team up to commit the crime of the century. As newfound passions fire their motives--and cloud their judgment--they realize they aren’t the only ones after the priceless gem. A dark force is shadowing their every move, and threatening to shatter their trust with revenge, betrayal, and a haunting revelation about the past. 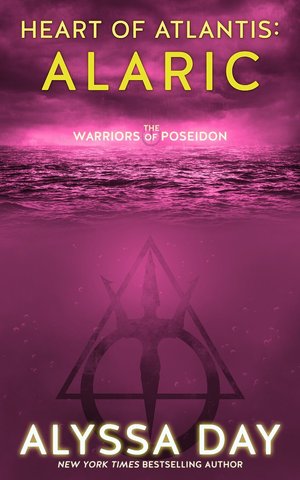 Alyssa Day - Heart ​of Atlantis
As ​a war wages between the immortals of Atlantis and those of the vampire realm, a Poseidon warrior fights to save his world—and the woman he loves. And no risk is too great. The desires of a high priest. Alaric, Poseidon’s High Priest, has made a vow to Quinn, the woman he loves and the leader of the Resistance: to save her friend Jack before his last bit of humanity has been drained. Should Alaric succeed, there’s one intimate danger: he may lose Quinn to the love of the man whose life he saved. But damn Atlantis to the nine hells, he’s willing to put Quinn’s wishes first, regardless of the consequences. The warning of a threat reborn. The final jewel of Poseidon’s trident has turned up in the hands of mysterious Ptolemy Reborn, who claims to be descended from Atlantean royalty. He’s about to reveal to the world that Atlantis is real, positioning himself as king. But this magical terrorist is bent on chaos. The only warrior who can stop him is following his own path, driven by the even more powerful force of love. Atlantean powers over the sea could prove just as cataclysmic—for Quinn’s love, Alaric might drown the entire world. 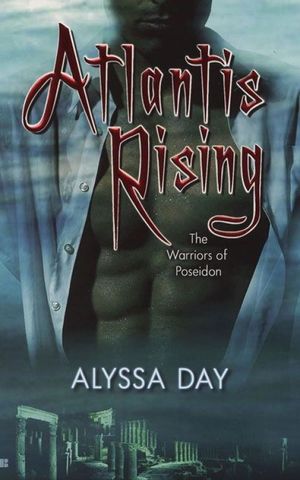 Alyssa Day - Atlantis ​Rising
Beautiful ​social worker Riley Dawson comes closer to understanding her intense connection to the ocean when she meets a handsome stranger on the shores of Virginia Beach. He's arrived, reborn from the fathoms below, to fulfill an ancient mission for the God Poseidon and--with Riley--experience the pleasures of human desire. 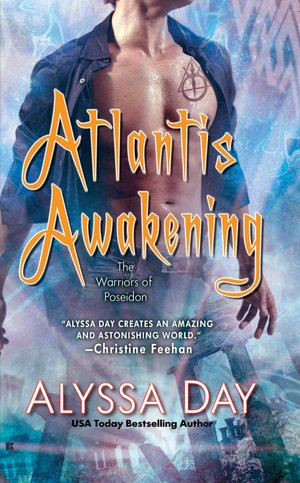 Alyssa Day - Atlantis ​Awakening
To ​rescue the world from an overwhelming evil, Poseidon's warriors have risen from Atlantis. Chief among them is Ven, serving as the King's Vengeance by birthright and by battle challenge. None can conquer him - except perhaps for one human female.... The Warrior... Ven's mind is filled with duty. He must serve as Atlantean liaison to the humans in a war waged against the vampires. A sword is his weapon - not diplomacy. But on a mission to recover the Nereid's heart - a ruby of immense power - it will take every ounce of strength he possesses to resist the sexual allure of the beautiful witch chosen to work with him. And the Witch... Erin's heart is filled with vengeance. She lives only for the chance at revenge against those who murdered her family. Now she must partner with a legendary Atlantean warrior whose dark desire threatens to crash through the barriers built around her emotions - and her heart. Caught in the trap of shifting alliances, how long can Ven and Erin resist their awakening passion? Dark forces beware: Atlantis is awakening. 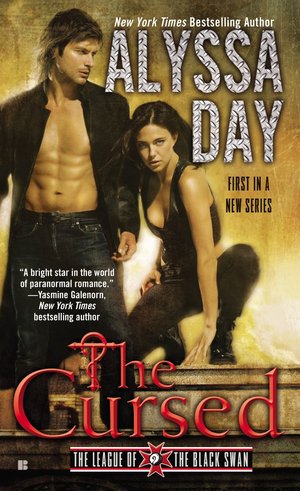 Alyssa Day - The ​Cursed
New ​York Times bestselling author of the Warriors of Poseidon series Alyssa Day returns with a thrilling new series of paranormal romance and a heated battle between good and evil fought to the death on the streets of New York… Bordertown private investigator Luke Oliver’s beat is the dimensional fold in Manhattan between the human and supernatural realms. But now a secret from his past—the League of the Black Swan—has surfaced. Because Luke isn’t any ordinary P.I. He’s the Dark Wizard of Bordertown, and he never backs down from a fight. But this time the fight threatens his life and his heart. Rio Jones, the only woman he loved, needs his help against a deadly menace. Luke pushed her away once before, so she’d never fall prey to the curse that threatens to destroy him. He swore he’d never let her go again. Luke and Rio, with the help of the newly reformed League, must keep evil forces from taking over Bordertown—all the while battling a passion on the razor’s edge between danger and desire. And going to take everything they have just to stay alive. 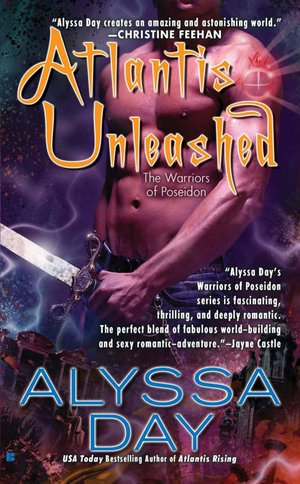 Alyssa Day - Atlantis ​Unleashed
Eleven ​thousand years ago, Poseidon's warriors swore an oath to protect humanity from those who stalked the night. Now those powerful forces are uniting. So are two souls who are all that stand between justice and the eternal darkness... Lord Justice made the ultimate sacrifice for his brother and paid for it with unimaginable torture. Now he's back, rescued from death, his sanity shaken, and his mission inescapable: to search for the lost start of Artemis. But the beautiful human female whom he has sworn to protect is shadowed by an evil that could destroy them both. The archaeological artifacts of Atlantis speak to Dr. Keely McDermott, sharing visions of life long ago. The ancient revelations have cast her into a world between past and present, between reality and illusion--and, when she meets the fierce Atlantean warrior assigned to guard her, between terror and temptation. As their two worlds collide, so too will danger and desire... 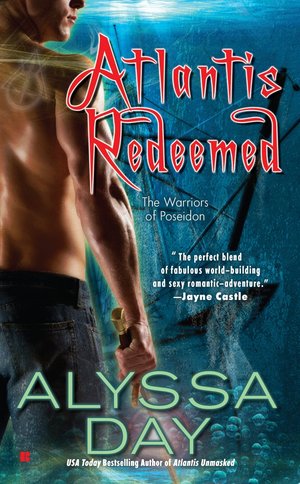 Alyssa Day - Atlantis ​Redeemed
Poseidon’s ​warriors have learned that the battle to protect humanity produces unexpected enemies - and alliances. But none more unexpected than the bond between a cursed Atlantean warrior and a woman whose sight surpasses any lie… A warrior with no emotion… Doomed by Poseidon millennia ago to live life bereft of feelings, Atlantean warrior Brennan’s curse is shattered when he meets Tiernan - a human with the ancient Gift of Truth Telling. Attraction turns deadly when the woman he could never forget becomes the woman he can never remember. With the fate of Atlantis on the line, will a warrior’s uncontrollable desire destroy the world? A woman with an eye for the truth… Tiernan’s job as an investigative reporter is perfectly suited to her unique ability to see through any falsehood. But when she discovers human scientists conducting hideous experiments on humans and shape-shifters alike, only a wildly sexy Atlantean can help protect her from the those determined to see her fail and die. When the future of the world is at stake, can she overcome death itself so together they can protect mankind? When truth and passion collide… Atlantis is redeemed. 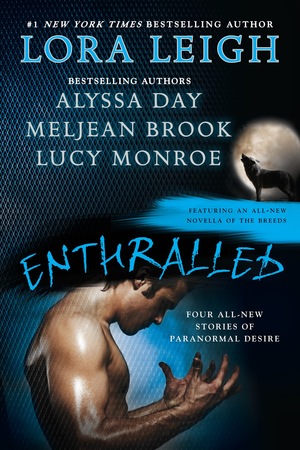 Lora Leigh - Alyssa Day - Meljean Brook - Lucy Monroe - Enthralled
They ​have the power to hold you spellbound, to captivate your senses, and to keep you forever in their control. Forever enthralled… #1 New York Times bestselling author Lora Leigh returns to her sensual world of the Breeds…as one stubborn Breed meets her match, and can no longer deny her mate—or the fierce desires of her own heart. New York Times bestselling author Alyssa Day introduces the League of the Black Swan…and the dangerous game one woman plays when her family’s curse dooms her to kill the man she loves. New York Times bestselling author Meljean Brook delivers a new story in her steampunk world of the Iron Seas…as a man who’s lost everything returns home to find that not only is his marriage in jeopardy, but he must now fight air pirates who intend to steal his one remaining treasure—his wife. And Lucy Monroe, national bestselling author of the Children of the Moon novels…unleashes the feral passions of a werewolf on the body, mind, and soul of his prey, his lover, his lifemate. 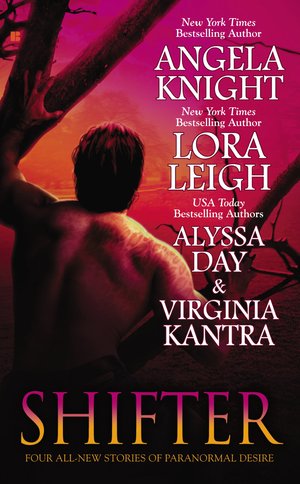 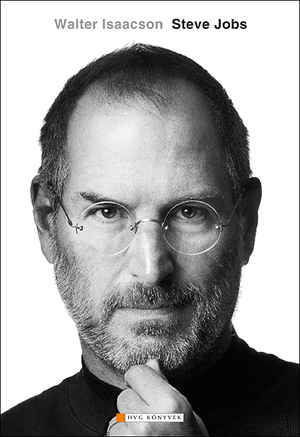