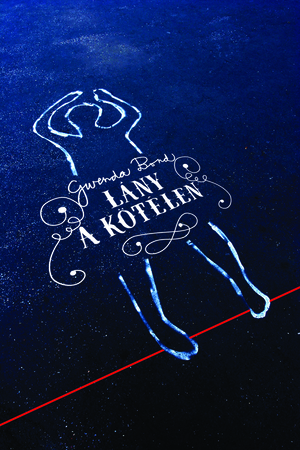 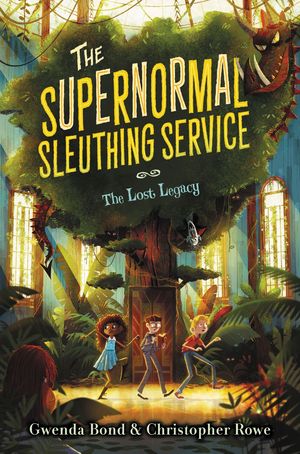 Gwenda Bond - Christopher Rowe - The ​Lost Legacy
Three ​kids. A hotel full of monsters. And a stolen magical artifact that could disrupt the balance between the humans and the supernatural. Welcome to life at Hotel Monster! Escape from Mr. Lemoncello’s Library meets Hotel Transylvania in the first book of this hilarious and spooky new series that blends mystery with monsters. Stephen’s dad has moved their two-person family across the country to New York City, where he is taking over as head chef in an exclusive hotel. A hotel that has the most elite of clientele: monsters (though they prefer to be called supernormals). Surprise! And an even bigger surprise? Stephen is part supernormal himself. When a magical family heirloom is stolen and Stephen is framed, he must work with two new friends to navigate this whole new world and clear his name. After all, consequences can be dire in the world of monsters. Spooky, funny, and full of monstrous hijinks, The Lost Legacy is an inventive and accessible mystery-adventure full of friendship and humor—perfect for fans of Pseudonymous Bosch and R. L. Stine’s Goosebumps series. 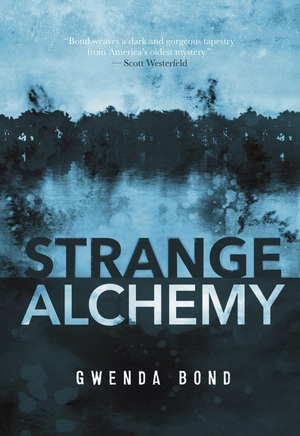 Gwenda Bond - Strange ​Alchemy
Gwenda ​Bond's first book Blackwood has been reimagined and brought back to life with new vision. On Roanoke Island, the legend of the Lost Colony ― and the 114 colonists who vanished without a trace more than four hundred years ago ― still haunts the town. But that's just a story told for the tourists. When 114 people suddenly disappear from the island in present day, it seems history is repeating itself ― and an unlikely pair of seventeen-year-olds might be the only hope of bringing the missing back. Miranda Blackwood, a member of one of island's most infamous families, and Grant Rawling, the sheriff's son, who has demons and secrets of his own, find themselves at the center of the mystery. As the unlikely pair works to uncover the secrets of the new Lost Colony, they must dodge everyone from the authorities to long-dead alchemists as they race against time to save their family and friends before they too are gone for good. 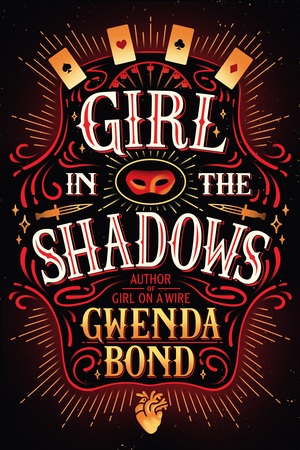 Girl ​in the Shadows Gwenda Bond
0

Gwenda Bond - Girl ​in the Shadows
Eighteen-year-old ​Moira Mitchell grew up in the shadows of Vegas’s stage lights while her father’s career as a magician soared. More than anything, Moira wants to be a magician too, but her father is dead set against her pursuing magic. When an invitation to join the Cirque American mistakenly falls into Moira’s possession, she takes action. Instead of giving the highly coveted invitation to its intended recipient, Raleigh, her father’s handsome and worldly former apprentice, Moira takes off to join the Cirque. If she can perform alongside its world-famous acts, she knows she’ll be able to convince her dad that magic is her future. But when Moira arrives, things take on an intensity she can’t control as her stage magic suddenly feels like…real magic. To further distract her, Raleigh shows up none too pleased at Moira’s presence, all while the Cirque’s cocky and intriguing knife thrower, Dez, seems to have it out for her. As tensions mount and Moira’s abilities come into question, she must decide what’s real and what’s an illusion. If she doesn’t sort it out in time, she may forever remain a girl in the shadows. 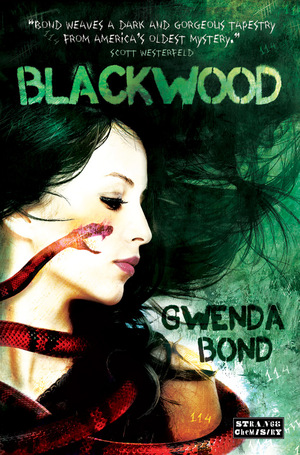 Gwenda Bond - Blackwood
On ​Roanoke Island, the legend of the 114 people who mysteriously vanished from the Lost Colony hundreds of years ago is just an outdoor drama for the tourists, a story people tell. But when the island faces the sudden disappearance of 114 people now, an unlikely pair of 17-year-olds may be the only hope of bringing them back. Miranda Blackwood, a misfit girl from the island’s most infamous family, and Phillips Rawlings, an exiled teen criminal who hears the voices of the dead, must dodge everyone from federal agents to long-dead alchemists as they work to uncover the secrets of the new Lost Colony. The one thing they can’t dodge is each other. 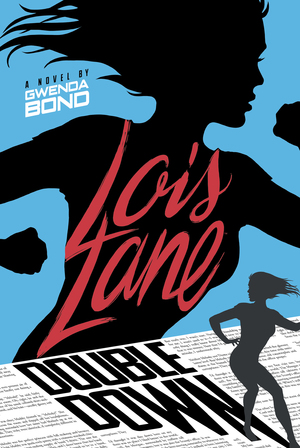 Gwenda Bond - Double ​Down
Lois ​Lane has settled in to her new school. She has friends, for maybe the first time in her life. She has a job that challenges her. And her friendship is growing with SmallvilleGuy, her online maybe-more-than-a-friend. But when her friend Maddy’s twin collapses in a part of town she never should’ve been in, Lois finds herself embroiled in a dangerous mystery that brings her closer to the dirty underbelly of Metropolis. 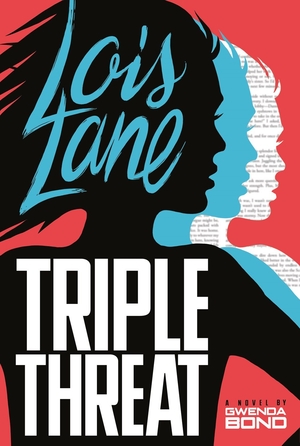 Gwenda Bond - Triple ​Threat
For ​the first time, Lois Lane has almost everything she wants. Non-temporary home? Check. Dream job? Double check. Incredible BFFs? The absolute best. And now, her online crush, SmallvilleGuy, is coming to Metropolis. If all goes well, they ll turn their long-distance friendship into a some-kind-of-fairy-tale romance. But when does all ever go well? Before she can check boyfriend off her list, Lois must take down a mad scientist plus a trio of mutant teens, protect the elusive flying man from the feds (including her dad), and navigate her very first date with SmallvilleGuy. In the follow-up to FALLOUT and DOUBLE DOWN, Gwenda Bond s reimagination of DC Comics s first leading lady takes on her toughest challenge yet: Love. 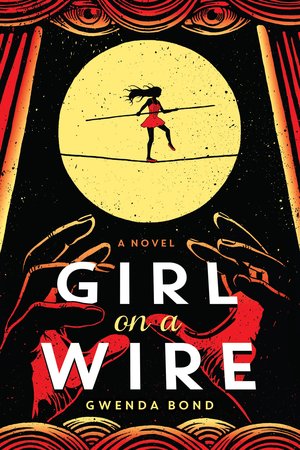 Girl ​on a Wire Gwenda Bond
0

Gwenda Bond - Girl ​on a Wire
A ​ballerina, twirling on a wire high above the crowd. Horses, prancing like salsa dancers. Trapeze artists, flying like somersaulting falcons. And magic crackling through the air. Welcome to the Cirque American! Sixteen-year-old Jules Maroni’s dream is to follow in her father’s footsteps as a high-wire walker. When her family is offered a prestigious role in the new Cirque American, it seems that Jules and the Amazing Maronis will finally get the spotlight they deserve. But the presence of the Flying Garcias may derail her plans. For decades, the two rival families have avoided each other as sworn enemies. Jules ignores the drama and focuses on the wire, skyrocketing to fame as the girl in a red tutu who dances across the wire at death-defying heights. But when she discovers a peacock feather—an infamous object of bad luck—planted on her costume, Jules nearly loses her footing. She has no choice but to seek help from the unlikeliest of people: Remy Garcia, son of the Garcia clan matriarch and the best trapeze artist in the Cirque. As more mysterious talismans believed to possess unlucky magic appear, Jules and Remy unite to find the culprit. And if they don’t figure out what’s going on soon, Jules may be the first Maroni to do the unthinkable: fall. 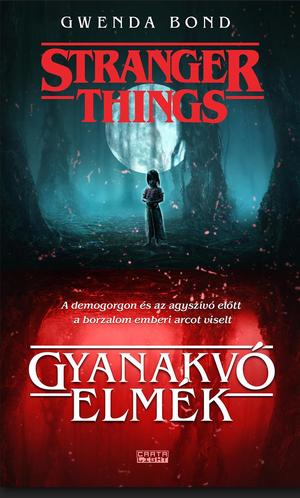 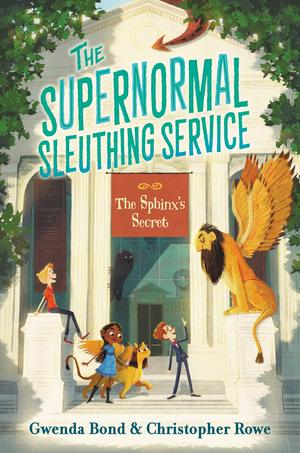 Gwenda Bond - Christopher Rowe - The ​Sphinx's Secret
Living ​in a hotel full of monsters isn’t always easy, especially when all the adults have fallen under an evil spell! Stephen and his friends have three days to undo a sorcerer’s magic before the spell becomes permanent and their parents are cursed forever. Hotel Transylvania meets Escape from Mr. Lemoncello’s Library. It’s only been a few weeks since Stephen started living in the New Harmonia—a hotel that caters to a supernormal clientele, including bigfeet, vampires, dragons, and talking gargoyles—and he still has a lot to learn. His latest discovery? The lions at the New York Public Library are actually sphinxes, guarding a secret underground collection of magical artifacts. But just as Stephen makes this discovery, a mysterious warlock named Edmund the Enchanter turns the sphinxes to stone and steals a powerful wand from the library’s collection. With the wand, Edmund could take control of the entire supernormal world. Stephen and his two best friends, Sofia and Ivan, have only three days to thwart Edmund’s evil intentions. The Sphinx’s Secret is an adventure-filled monstrous romp with a time-travel twist. This inventive and accessible mystery-adventure is full of friendship, humor, and a curious cast of characters perfect for fans of Pseudonymous Bosch and R. L. Stine’s Goosebumps series. Features black-and-white art by Glenn Thomas throughout. 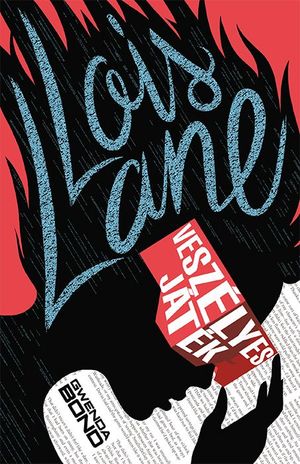 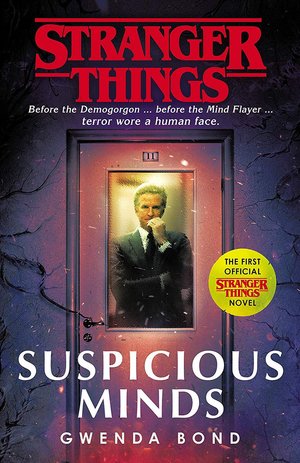 Gwenda Bond - Suspicious ​Minds
NEW ​YORK TIMES BESTSELLER • A mysterious lab. A sinister scientist. A secret history. If you think you know the truth behind Eleven’s mother, prepare to have your mind turned Upside Down in this thrilling prequel to the hit show Stranger Things. It’s the summer of 1969, and the shock of conflict reverberates through the youth of America, both at home and abroad. As a student at a quiet college campus in the heartland of Indiana, Terry Ives couldn’t be farther from the front lines of Vietnam or the incendiary protests in Washington. But the world is changing, and Terry isn’t content to watch from the sidelines. When word gets around about an important government experiment in the small town of Hawkins, she signs on as a test subject for the project, code-named MKULTRA. Unmarked vans, a remote lab deep in the woods, mind-altering substances administered by tight-lipped researchers . . . and a mystery the young and restless Terry is determined to uncover. But behind the walls of Hawkins National Laboratory—and the piercing gaze of its director, Dr. Martin Brenner—lurks a conspiracy greater than Terry could have ever imagined. To face it, she’ll need the help of her fellow test subjects, including one so mysterious the world doesn’t know she exists—a young girl with unexplainable superhuman powers and a number instead of a name: 008. Amid the rising tensions of the new decade, Terry Ives and Martin Brenner have begun a different kind of war—one where the human mind is the battlefield. 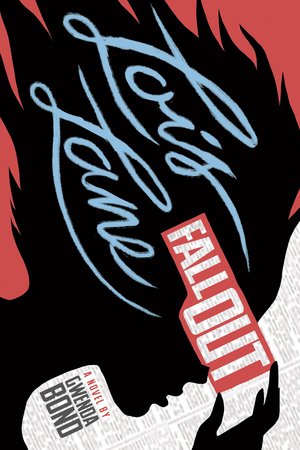 Gwenda Bond - Fallout
Lois ​Lane is starting a new life in Metropolis. An Army brat, Lois has lived all over—and seen all kinds of things. (Some of them defy explanation, like the near-disaster she witnessed in Kansas in the middle of one night.) But now her family is putting down roots in the big city, and Lois is determined to fit in. Stay quiet. Fly straight. As soon as she steps into her new high school, though, she can see it won’t be that easy. A group known as the Warheads is making life miserable for another girl at school. They’re messing with her mind, somehow, via the high-tech immersive videogame they all play. Not cool. Armed with her wit and her new snazzy job as a reporter, Lois has her sights set on solving this mystery. But sometimes it’s all a bit much. Thank goodness for her maybe-more-than-a friend, a guy she knows only by his screenname, SmallvilleGuy. 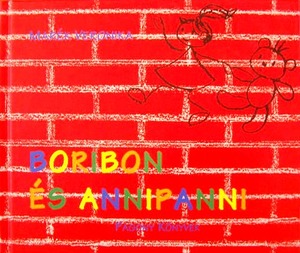