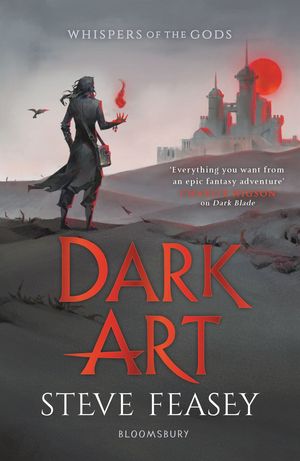 Steve Feasey - Dark ​Art
The ​second book in the sweeping epic fantasy series Whispers of the Gods, perfect for fans of the Summoner trilogy by Taran Matharu and Shadow and Bone by Leigh Bardugo WHEN DESTINIES COLLIDE, WHO WILL EMERGE VICTORIOUS? Lann is hunting monsters. It's his destiny as bearer of the Dreadblade. But Lann would rather hunt down Kelewulf, the young necromancer who released them into the world. Consumed by his aunt's death, he can think of nothing but revenge. Across a dark sea, Kelewulf is mastering magic. He has persuaded the High Priestess of Hasz to tutor him. But he's hiding a more dangerous goal: finding the heart of a god. With this terrible object in hand, he'll return darkness to the world forever … Lann and Kelewulf know their fates are entwined. When they finally meet, what will prevail? Spells or steel? Vengeance or mercy? Only the gods can guess. 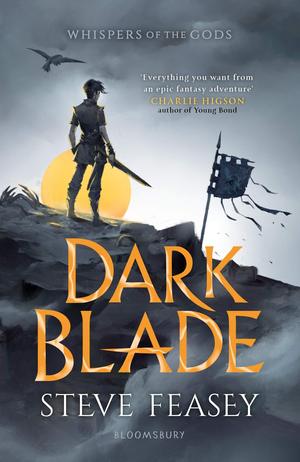 Steve Feasey - Dark ​Blade
A ​sweeping epic fantasy perfect for fans of the Summoner trilogy by Taran Matharu and Shadow and Bone by Leigh Bardugo WHEN GODS FAIL, WHO WILL KEEP THE DARKNESS OUT? Lann knows nothing of his mysterious past, but by his fifteenth birthday he will come face to face with destiny. For Lann must wield the Dreadblade, an ancient sword forged to defeat terrible monsters. Across the mountains a King has been murdered. His daughter, Astrid, is a warrior with no desire to bear the crown. Only she can uncover her father's killer before her brother is framed for the crime. Evil is stirring. Lann and Astrid are the kingdom's last defence. Together, they must face the greatest darkness their world has ever known. 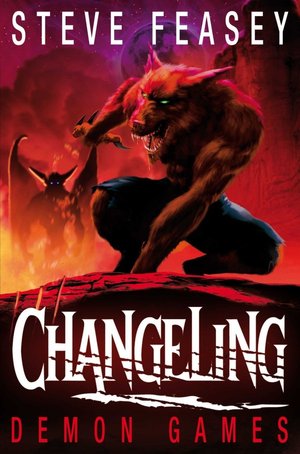 Steve Feasey - Demon ​Games
Teenage ​werewolf Trey is facing the most important and dangerous mission of his life. He must journey into the dark Netherworld and rescue Alexa, daughter of his vampire guardian Lucien, who is being held hostage by a powerful demon lord. But strength and courage alone are not enough to succeed instead Trey must 'win' both their freedoms by participating in a death-match against his deadliest nemesis yet. The forces of evil are stacked against him and Trey can only be certain of one thing ...one of them WILL die. 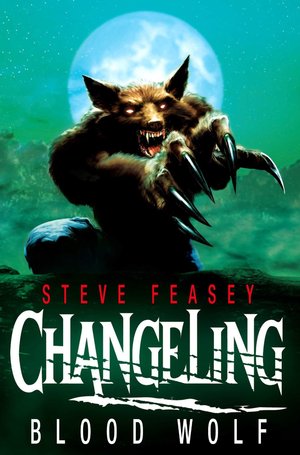 Steve Feasey - Blood ​Wolf
Trey ​Laporte had been told he was the only one. It was a lie. But some secrets he would have been better off not knowing. Trey, the last hereditary werewolf, has found his pack – and they’re vicious, bloodthirsty, and truly wild. All Trey wants is to go home, but having learned more about his Wolfen nature, he has decided, for the safety of his friends, to never return. Back in London, Alexis uses her magic to track down the Necrotroph that is intent on infiltrating her father, Lucien’s, organization. But while Alexis is focused on the outside threat, Lucien is battling with his own darkness. His evil brother Caliban’s savage bite and the poison left behind have reawakened Lucien’s vampire instincts – turning every night into a battle. 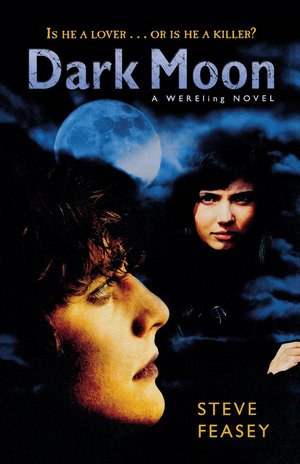 Steve Feasey - Dark ​Moon
A ​few short months ago, Trey Laporte learned the news that would change him forever: He is a werewolf, and the evil vampire Caliban wants him dead. The threat becomes real when Caliban attacks Trey’s mentor, Lucien Charron, and leaves him fighting for his life. Gwendolin, a wicked sorceress, holds the only key to saving Lucien. Together, Trey and Lucien’s beautiful daughter, Alexa, must enter the Netherworld to defeat her. The pressure for Trey is great—Alexa is counting on him to save her father. But when Trey and Alexa find themselves trapped and surrounded by demons, can Trey use his werewolf strength to save them both? Follow Trey Laporte on another heart-pounding adventure in the second installment of STEVE FEASEY’s terrifically frightening Wereling series. 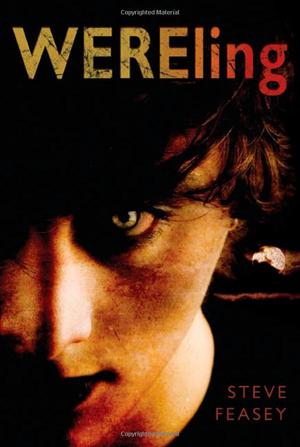 Steve Feasey - Wereling
Fourteen-year-old ​Trey Laporte is not a kid anymore. Not after the day he wakes up in agony—retina-splitting, vomit-inducing agony. His clothes are torn. His room is trashed. Enter Lucien Charron, the mysterious, long-lost "uncle" with freakish fire-flecked eyes and skin that blisters in the sun. Suddenly, Trey finds himself living in a luxury penthouse at the heart of a strange and sinister empire built on the powers of the Netherworld—vampires, demons, sorcerers, and djinn. And there is a girl—Alexa Charron—who is half vampire, half human, and insanely pretty, with powers all of her own. Trey is falling for her. Trey is training night and day to control the newly discovered power lurking inside him. Now, demons are closing in on every side, and the most psychopathic bloodsucker to rock the Netherworld wants to destroy him. Above all, he must face one terrifying question: Is he a boy . . . or is he a beast? 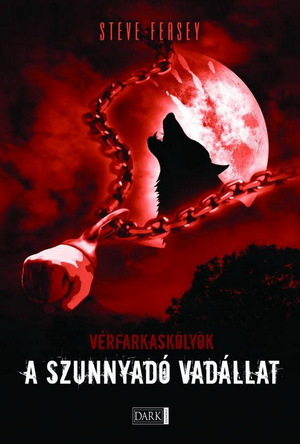 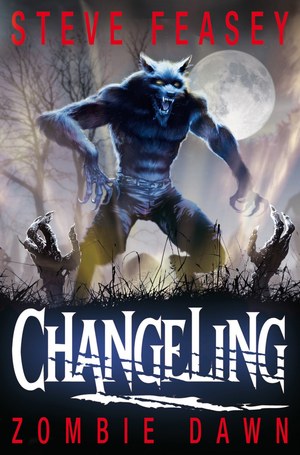 Steve Feasey - Zombie ​Dawn
The ​final ferociously fantastic book in the high-octane, bloodthirsty CHANGELING series. The last instalment in the chilling CHANGELING series - in which Trey must face down the evil vampire Caliban in their most fearsome encounter yet. There will be evil spirits, zombies and complete and utter devastation in London! Will werewolf Trey and his cohorts triumph or will the world be turned to darkness forever?! 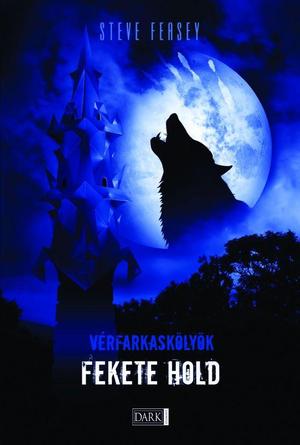