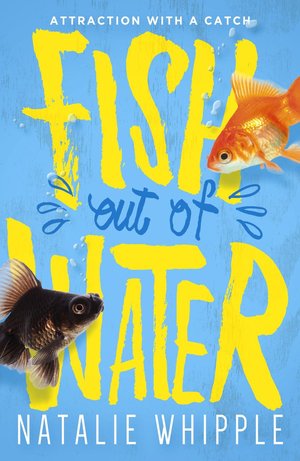 Fish ​Out of Water Natalie Whipple
0

Natalie Whipple - Fish ​Out of Water
Mika ​Arlington was supposed to spend the summer after her junior year shadowing her marine biologist parents at the Monterey Bay Aquarium, but when her estranged grandmother randomly shows up on the doorstep one day, those plans are derailed. Because Grandma Betty isn't here to play nice—she is cranky, intolerant of Mika's mixed-race-couple parents, and oh yeah she has Alzheimer's and is out of money. While Mika's family would rather not deal with Grandma Betty, they don't have much choice. And despite Mika's protests, she is roped into caring for a person that seems impossible to have compassion for. And if that wasn't hard enough, Mika must train the new guy at her pet shop job who wants to be anywhere else, and help a friend through her own family crisis. Something's gotta a give, but whichever ball Mika drops means losing someone she loves. Not exactly a recipe for Best Summer Ever—or is it? 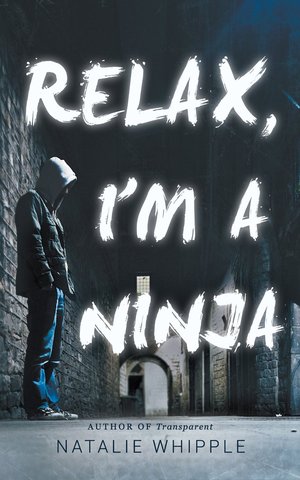 Natalie Whipple - Relax, ​I'm A Ninja
A ​Clan of ninjas in San Francisco may sound improbable—but as the son of a ninja master, Tosh Ito knows what lurks in the shadows of his city. Or at least he thought he did. When a killer with a poisoned blade starts cutting down teens, Tosh enlists Amy Sato—newest ninja recruit and his best friend’s crush—and sets out to uncover the killer's identity. What they find is ninjutsu more evil than they could have ever imagined. As Amy and Tosh grow closer, they discover their connection unleashes a legendary power that could stop the murders. Problem is, that power may be exactly what the killer is looking for, and wielding it could cost them both their souls. 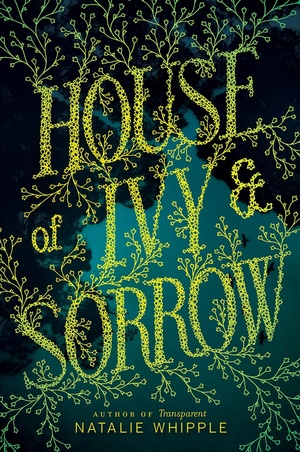 Natalie Whipple - House ​of Ivy & Sorrow
Transparent ​author Natalie Whipple is back with another refreshing blend of realistic romance and light-hearted humor with a one-of-a-kind paranormal touch. Fans of Charmed, Kiersten White's Paranormalcy trilogy, and Maggie Stiefvater's The Raven Boys won't want to miss this spellbinding contemporary tale of magic, first love, and high-stakes danger. Jo Hemlock is not your typical witch. Outside the walls of her grandmother's ivy-covered house, she's kept her magical life completely separate from her life in high school. But when the Curse that killed her mother resurfaces, it threatens to destroy not only her life but her grandmother's too—and keeping her secret may no longer be an option. 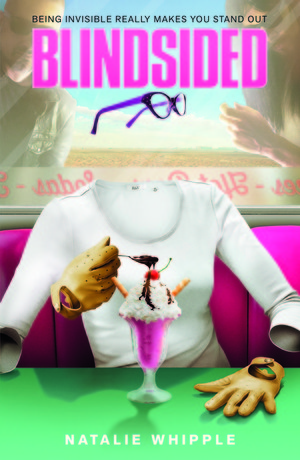 Natalie Whipple - Blindsided
Three ​months after Fiona escapes from her father's syndicate, all seems well in her tiny town of Madison, Arizona. She and Seth are happy together - apart from the teensy fact of Fiona being jealous that Seth can see through her invisibility - and her family and friends are safe. But when the local syndicate and even the Army show up, it's clear there's more going on in town than she could ever imagine. It seems like these huge powers are interested in the old Radiasure factory - could they be reproducing the infamous drug that caused mutations? - and everyone suspects Fiona of knowing more than she should. As Fiona and her friends try to cover their tracks, they discover that they do have some dangerous knowledge. Though at first determined to stop anyone from remaking Radiasure, Fiona learns a secret that could change everything, including her invisibility. Torn between her own desires and the greater good, Fiona might be too blindsided to see the real villain coming. 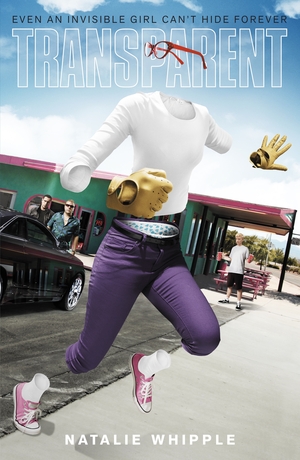 Natalie Whipple - Transparent
Plenty ​of teenagers feel invisible. Fiona McClean actually is. An invisible girl is a priceless weapon. Fiona’s own father has been forcing her to do his dirty work for years—everything from spying on people to stealing cars to breaking into bank vaults. After sixteen years, Fiona’s had enough. She and her mother flew to a small town, and for the first time in her life, Fiona feels like a normal life is within reach. But Fiona’s father isn’t giving up that easily. Of course, he should know better than anyone: never underestimate an invisible girl. 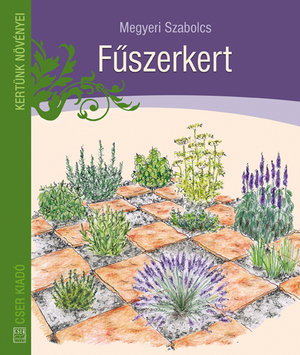