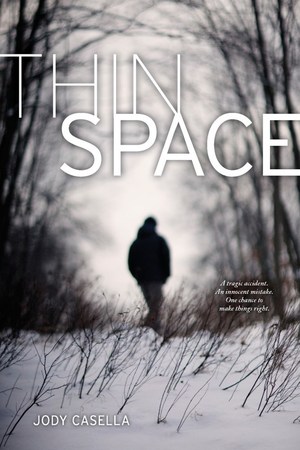 Jody Casella - Thin ​Space
Ever ​since the car accident that killed his twin brother, Marshall Windsor has been consumed with guilt and crippled by secrets of that fateful night. He has only one chance to make amends, to right his wrongs and set things right. He must find a Thin Space—a mythical point where the barrier between this world and the next is thin enough for a person to step through to the other side. But, when a new girl moves into the house next door, the same house Marsh is sure holds a thin space, she may be the key—or the unraveling of all his secrets. As they get closer to finding a thin space—and closer to each other—Marsh must decide once and for all how far he’s willing to go to right the wrongs of the living…and the dead.