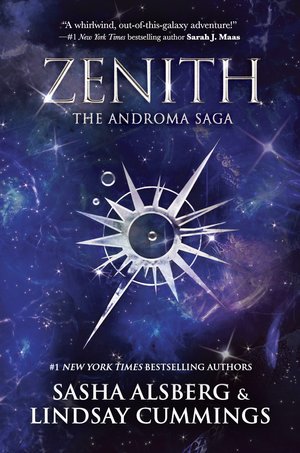 Sasha Alsberg - Lindsay Cummings - Zenith
There ​is darkness sweeping across the stars. Most know Androma Racella as the Bloody Baroness: a powerful mercenary whose reign of terror stretches across the Mirabel Galaxy. To those aboard her fearsome glass starship the Maurader, she’s just Andi, their captain and protector. When a routine mission goes awry, the all-girl crew’s resilience is tested as they find themselves in a most unfamiliar place: at the mercy of a sadistic bounty hunter connected to Andi’s past and a harrowing betrayal. Meanwhile, on the far side of the galaxy, a ruthless ruler waits in the shadows of the planet Xen Ptera, biding her time to exact revenge for the destruction of her people. The final pieces of her deadly plan are about to fall into place, unleashing a plot that will tear Mirabel in two. Andi and her crew embark on a dangerous, soul-testing journey that could restore order to their ship—or just as easily start a war that will devour worlds. As the Marauder hurtles towards the unknown, and Mirabel hangs in the balance, the only thing certain is that in a galaxy run on lies and illusion, no one can be trusted. From internet sensation Sasha Alsberg and author Lindsay Cummings comes a new serialized space opera, full of action, fantastical intrigue, and steamy star-crossed romance. ​ For fans of popular sci-fi books and fantasy books for teens such as Illuminae by Amie Kaufman and Jay Kristoff, Wool by Hugh Howey, Truthwitch by Susan Dennard, and A Court of Thorns and Roses by Sarah J. Maas. 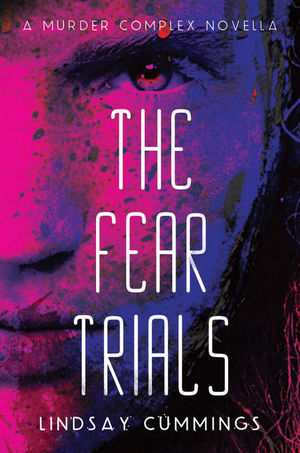 Lindsay Cummings - The ​Fear Trials
Meadow ​Woodson has been trained to survive. This is a prequel to The Murder Complex, by Lindsay Cummings, and it is set in a blood-soaked world where the murder rate is higher than the birth rate. For fans of Moira Young's Dust Lands series, La Femme Nikita, and the movie Hanna. Meadow Woodson's father calls it The Fear Trials, and it is a rite of passage in their family. Meadow is up against her brother Koi. The Fear Trials will both harden her and make her brave. If Meadow wins, she will get a weapon of her own and the right to leave the Woodsons' houseboat without her father or mother at her side. Set in the violent, complex, and mysterious world of The Murder Complex, and introducing Meadow Woodson—a teenage girl trained to survive no matter what the cost—and her family, who are together for the last time on their houseboat in the Florida Everglades. 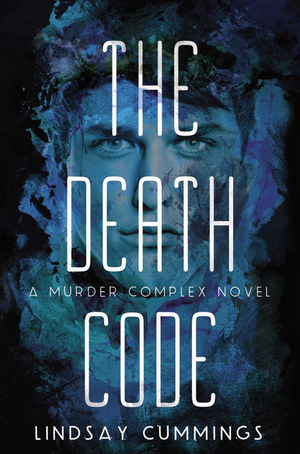 Lindsay Cummings - The ​Death Code
With ​short, fast-paced, alternating point-of-view chapters, The Death Code starts several weeks after The Murder Complex ended. Zephyr keeps the secret about Meadow close—that if she dies, The Murder Complex will be destroyed, too. Meadow, desperate to find her brother, father, and little sister, is determined to fearlessly fight to the end, even if it means sacrificing herself and her friends, new and old. The Death Code introduces a memorable cast of secondary characters and delivers a vivid and scary thrill ride read. 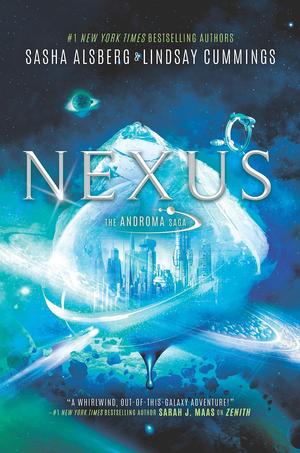 Sasha Alsberg - Lindsay Cummings - Nexus
With ​her crew captured and her ship a smoldering ruin, notorious mercenary Androma Racella is no longer the powerful Bloody Baroness, but a fugitive on the run. And with most of the galaxy now trapped under the mind control of the bloodthirsty Queen Nor, not even the farthest reaches of Mirabel can offer safety for the queen’s most-hated adversary. But Andi will risk anything, even her precious freedom, to save her crew. So when she finds herself stranded with bounty hunter Dextro Arez on the unforgiving ice planet of Solera, Andi seeks out the mysterious Arachnid, the one person who seems to be fighting back against the vicious queen…and uncovers the true, devastating reason for Nor’s takeover. Back on Andi’s home planet of Arcardius, Nor’s actions have made Mirabel vulnerable to invasion from an outside force. Now allying with her mortal enemy may be the only way for the Bloody Baroness to save the galaxy—even if that alliance demands the most wrenching sacrifice of all. 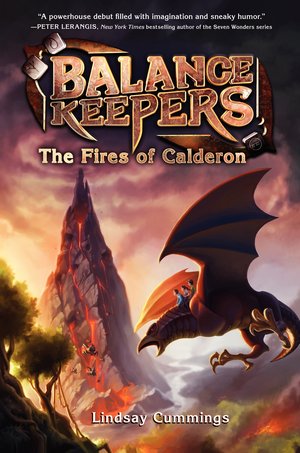 The ​Fires of Calderon Lindsay Cummings
0

Lindsay Cummings - The ​Fires of Calderon
The ​first book in an epic middle grade fantasy adventure series that takes place in an underground society at the center of the earth. Packed with action, humor, magic, and mystery. After following a mysterious map into the woods and then under the woods, eleven-year-old Albert Flynn learns he’s a Balance Keeper—someone with special magical skills for fixing problems in three underground Realms at the Core of the earth. His new job is important; if the realms fall out of balance, the world above could be in great danger. Albert and his Balance Keeper teammates Birdie and Leroy arrive in the Core not a moment too soon. There’s an Imbalance in the Calderon Realm and it’s threatening to bury Albert’s hometown of New York City in a mountain of ash. The three must train hard completing mental and physical challenges, but above all, they must harness the power of their Tiles—unique superpowers given to each Balance Keeper. So far, Albert’s mastered the art of not mastering his Tile.... With the situation in Calderon growing worse every day, can Albert, Leroy, and Birdie restore balance before New York is destroyed forever? Will Albert master his Tile before it’s too late? Perfect for fans of Percy Jackson, The Unwanteds, and the classic Journey to the Center of the Earth. 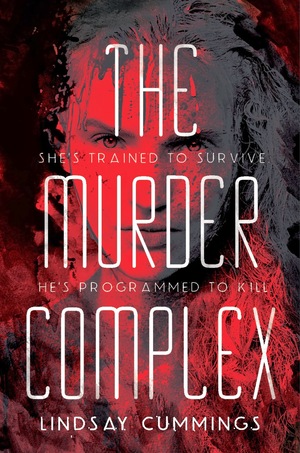 Lindsay Cummings - The ​Murder Complex
An ​action-packed, blood-soaked, futuristic debut thriller set in a world where the murder rate is higher than the birthrate. For fans of Moira Young’s Dust Lands series, La Femme Nikita, and the movie Hanna. Meadow Woodson, a fifteen-year-old girl who has been trained by her father to fight, to kill, and to survive in any situation, lives with her family on a houseboat in Florida. The state is controlled by The Murder Complex, an organization that tracks the population with precision. The plot starts to thicken when Meadow meets Zephyr James, who is—although he doesn’t know it—one of the MC’s programmed assassins. Is their meeting a coincidence? Destiny? Or part of a terrifying strategy? And will Zephyr keep Meadow from discovering the haunting truth about her family? Action-packed, blood-soaked, and chilling, this is a dark and compelling debut novel by Lindsay Cummings. 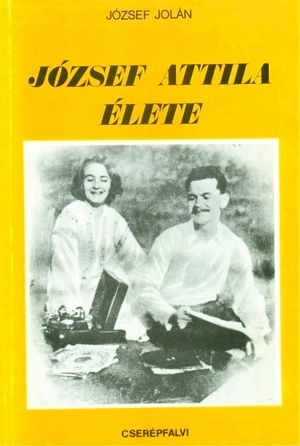