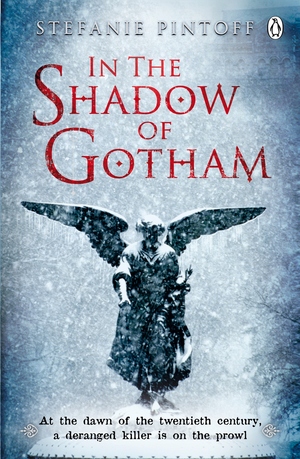 In ​The Shadow of Gotham Stefanie Pintoff
0

Stefanie Pintoff - In ​The Shadow of Gotham
Dobson, ​New York, 1905. Detective Simon Ziele lost his fiancée in the General Slocum ferry disaster—a thousand perished on that summer day in 1904 when an onboard fire burned the boat down in the waters of the East River. Still reeling from the tragedy, Ziele transferred to a police department north of New York, to escape the city and all the memories it conjured. But only a few months into his new life in a quiet country town, he’s faced with the most shocking homicide of his career to date: Young Sarah Wingate has been brutally murdered in her own bedroom in the middle of an otherwise calm and quiet winter afternoon. After just one day of investigation, Simon’s contacted by Columbia University’s noted criminologist Alistair Sinclair, who offers a startling claim about one of his patients, Michael Fromley—that the facts of the murder bear an uncanny resemblance to Fromley’s deranged mutterings. But what would have led Fromley, with his history of violent behavior and brutal fantasies, to seek out Sarah, a notable mathematics student and a proper young lady who has little in common with his previous targets? Is Fromley really a murderer, or is someone mimicking him? This is what Simon Ziele must find out, with the help of the brilliant but self-interested Alistair Sinclair—before the killer strikes again. With this taut, atmospheric, and original story of a haunted man who must search for a killer while on the run from his own demons, Stefanie Pintoff’s In the Shadow of Gotham marks the debut of an outstanding new talent, the inaugural winner of the Minotaur Books/Mystery Writers of America Best First Crime Novel Competition. In the Shadow of Gotham is the winner of the 2010 Edgar Award for Best First Novel. 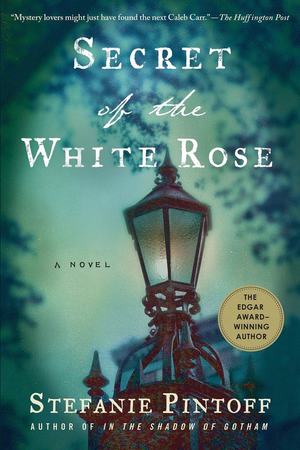 Stefanie Pintoff - Secret ​of the White Rose
The ​murder of Judge Hugo Jackson is out of Detective Simon Ziele’s jurisdiction in more ways than one. For one, it’s high-profile enough to command the attention of the notorious new police commissioner, since Judge Jackson was presiding over the sensational trial of Al Drayson. Drayson, an anarchist, set off a bomb at a Carnegie family wedding, but instead of killing millionaires, it killed passersby, including a child. The dramatic trial has captured the full attention of 1906 New York City. Furthermore, Simon’s assigned precinct on Manhattan’s West Side includes the gritty Tenderloin but not the tonier Gramercy Park, which is where the judge is found in his locked town house with his throat slashed on the night before the jury is set to deliberate. But his widow insists on calling her husband’s old classmate criminologist, Alistair Sinclair, who in turn enlists Ziele’s help. Together they must steer Sinclair’s unorthodox methods past a police force that is so focused on rounding up Drayson’s supporters that they’ve all but rejected any other possibilities. Once again, Stefanie Pintoff’s combination of vital characters and a fascinating case set amongst the sometimes brutal and sometimes glittering history of turn-of-the-century New York makes for totally compelling reading in Secret of the White Rose, the third novel in her Edgar Award–winning series. 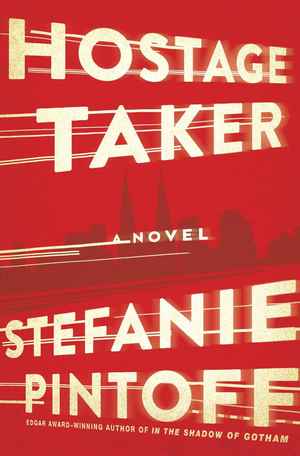 Stefanie Pintoff - Hostage ​Taker
In ​the hushed quiet of early morning Manhattan, in front of the towering bronze doors of Saint Patrick’s Cathedral, a young woman holds a sign that reads: HELP ME. For one FBI agent, a madman’s terrified hostages, and an entire city, a long and harrowing day is about to unfold. The hostage taker’s identity is unknown. But he knows who FBI agent Eve Rossi is—and everything about her past. Along with her presence, he demands five witnesses: ordinary people with some hidden connection. Defying her superiors, Eve begins a deadly dance with an adversary whose intentions are surely sinister, whose endgame is anything but certain, and whose cunning keeps him one step ahead at every turn. As Eve manages a taut hostage situation, she relies on the combined skills of her team—a secret unit inspired by France’s most notorious criminal and made up of ex-convicts with extraordinary talents, oversized egos, and contempt for the rules. Eve is up against a rapidly ticking clock. But the dangerous man calling the shots has a timetable of his own—and a searing question for his targets: What are you guilty of? As shocking revelations surface, so does another crisis nobody could anticipate—one not even Eve and her team may be able to stop. 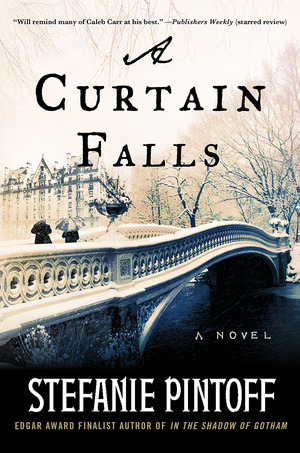 Stefanie Pintoff - A ​Curtain Falls
The ​careers of New York City detective Simon Ziele and his former partner Captain Declan Mulvaney went in remarkably different directions after the tragic death of Zielers"s fiancée in the 1904 General Slocum ferry disaster. Although both men were earmarked for much bigger things, Ziele moved to Dobson, a small town north of the city, to escape the violence, and Mulvaney buried himself even deeper, agreeing to head up the precinct in the most crime-ridden area in the city. Yet with all of the detectives and resources at Mulvaneyrs"s disposal, a particularly puzzling crime compels him to look for someone he can trust absolutely. When a chorus girl is found dead on a Broadway stage dressed in the leading ladyrs"s costume, there are no signs of violence, no cuts, no bruises'no marks at all. If pressed, the coroner would call it a suicide, but then that would make her the second girl to turn up dead in such a manner in the last few weeks. And the news of a possible serial killer would be potentially disastrous to the burgeoning theater world, not to mention the citizens of New York. Following on the heels of Stefanie Pintoffrs"s acclaimed and award-winning debut, A Curtain Fallsis a moody and evocative tale that follows Ziele and his partners as they scour the dark streets of early-twentieth-century New York in search of a true fiend. 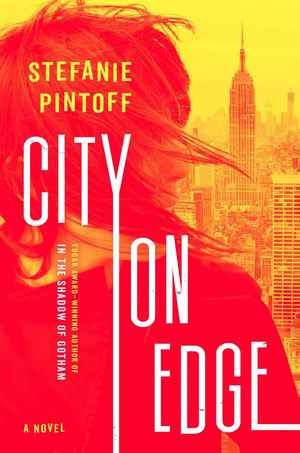 Stefanie Pintoff - City ​on Edge
The ​night before the Thanksgiving Day Parade, a crowd gathers on Manhattan’s Upper West Side to watch the giant balloons fill with helium and rise toward the sky. Then the festive ritual takes a terrifying turn—a gunshot rings out, police commissioner Logan Donovan falls, and panic erupts. When the chaos clears, another crime is revealed: Donovan’s daughter, Allie, has been kidnapped. Soon the abductor will make his shocking demands. Within hours, Special Agent Eve Rossi and her handpicked team of quick-thinking, swift-moving, hard-striking former convicts know a lot about the kidnapper. He’s somewhere close by, holding Allie along with a captive boy. He hates Logan Donovan enough to destroy him. And he will kill. But there’s more Eve and her team don’t know—about a weapon planted inside the parade, about Commissioner Donovan’s hidden life, and about the secrets his daughter keeps. As people line the streets, bands and marchers prepare, and the massive parade steps off into New York’s echoing canyons, a desperate race begins to keep the city from being torn asunder by a brutal act of violence. But even as her squad deploys for action, Eve grapples with a harrowing question: Whom should she fear more—a vengeful man threatening innocent lives, or a charming, arrogant cop fighting to save his daughter, who may be trying to cover up his crimes? 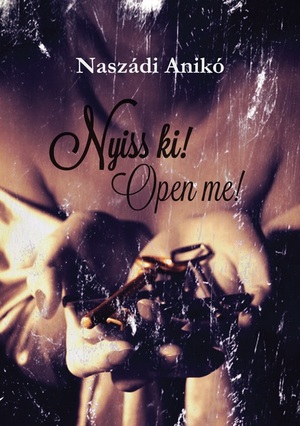