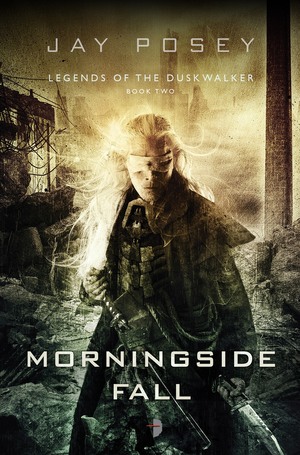 Jay Posey - Morningside ​Fall
The ​lone gunman Three is gone, and Wren is the new governor of the devastated settlement of Morningside, but there is turmoil in the city. When his life is put in danger, Wren is forced to flee Morningside until he and his retinue can determine who can be trusted. They arrive at the border outpost, Ninestory, only to find it has been infested with Weir in greater numbers than anyone has ever seen. These lost, dangerous creatures are harbouring a terrible secret – one that will have consequences not just for Wren and his comrades, but for the future of what remains of the world. 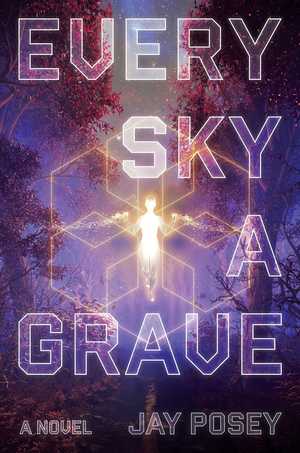 Every ​Sky a Grave Jay Posey
0

Jay Posey - Every ​Sky a Grave
_The ​first novel in an exciting new series, Every Sky a Grave is a thrilling space epic following a powerful woman who can destroy planets with a single word but is suddenly faced with an adversary that threatens the entire known universe._ Far in the future, human beings have seeded themselves amongst the stars. Since decoding the language of the universe 8,000 years ago, they have reached the very edges of their known galaxy and built a near-utopia across thousands of worlds, united and ruled by a powerful organization known as the Ascendance. The peaceful stability of their society relies solely on their use of this Deep Language of the cosmos. But this knowledge is a valuable secret, and a holy order of monastics known as the First House are tasked with monitoring its use and “correcting” humanity’s further development. Elyth is one such mendicant, trained as a planetary assassin, capable of infiltrating and ultimately destroying worlds that have been corrupted, using nothing more than her words. To this end, Elyth is sent to the world Qel in response to the appearance of a forbidden strain of the Deep Language that was supposed to have died out with its founder over seven hundred years prior. What she finds on the backwater planetoid will put her abilities to the test and challenge what she knows of the Deep Language, the First House, and the very nature of the universe. 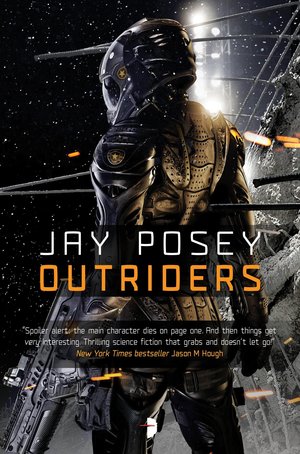 Jay Posey - Outriders
The ​start of a Military SF series from imprint best-seller and Tom Clancy game series writer Jay Posey. Captain Lincoln Suh died on a Wednesday. And things only got harder from there. Snatched out of special operations and thrown headfirst into a secretive new unit, Lincoln finds himself as the team leader for the 519th Applied Intelligence Group, better known as the Outriders. And his first day on the job brings a mission with the highest possible stakes. A dangerously cunning woman who most assuredly should be dead has seemingly returned. And her plans aren’t just devastating, they might be unstoppable. How do you defeat a hidden enemy when you can’t let them know they’ve been discovered? You send in the Outriders. 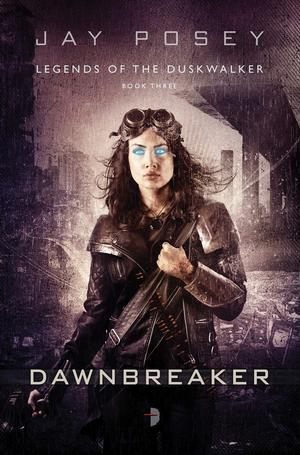 Jay Posey - Dawnbreaker
Wren ​is living in Greenstone under the temporary care of Charles and Mol, and the protection of Chapel. Unable to determine the fate of his mother and those he left behind in Morningside, Wren believes there is nothing left to do but wait for Asher’s final blow … until a man named Haiku walks into the Samurai McGann, looking for Three. After learning of Three’s fate, Asher’s ascension, and Wren’s gift, Haiku offers his help, and together they set out to find the remnants of House Eight and convince them to help. As Cass and the few who survived the fall of Morningside face overwhelming odds to escape Asher and the Weir, they realize it is impossible…until their daring and probably suicidal plan to strike turns out to have surprising results and unexpected discoveries. 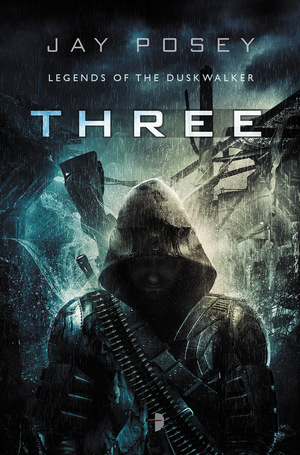 Jay Posey - Three
The ​world has collapsed, and there are no heroes any more. But when a lone gunman reluctantly accepts the mantel of protector to a young boy and his dying mother against the forces that pursue them, a hero may yet arise.