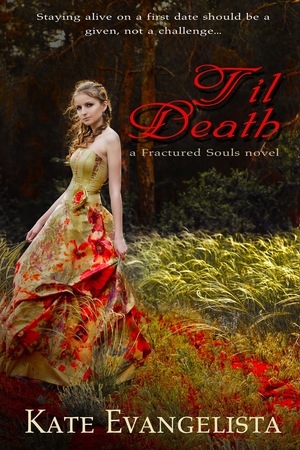 Kate Evangelista - Til ​Death
Sixteen-year-old ​Selena Fallon is a dreamer. Not a daydreamer, but an I-see-the-future kind of dreamer. Normally, this is not a problem, as she has gotten pretty good at keeping her weird card hidden from everyone in her small town. But when Selena dreams of her own rather bloody death, things get a little too freaky - even for her. Enter Dillan Sloan. Selena has seen the new guy in a different dream, and he is even more drool-worthy in person. Beyond the piercing blue eyes and tousled dark hair, there is something else that draws her to him. Something… electric. Too bad he acts like he hates her. When Selena learns she’s being targeted by a force bigger and darker than anything she ever imagined, she’s had enough. Despite her death dream, Selena is not going to give up easily, especially when she discovers that Dillan isn’t what he seems…and might not actually hate her after all. Dillan might be the only person who can save her. 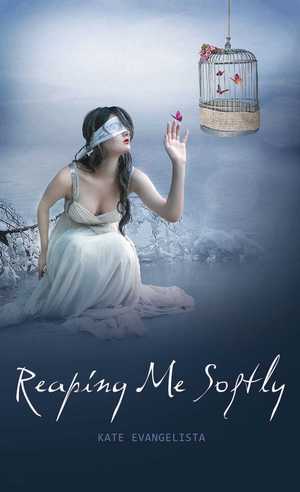 Kate Evangelista - Reaping ​Me Softly
Ever ​since a near-death-experience on the operating table, seventeen-year-old Arianne Wilson can see dead people. Just as she’s learned to accept her new-found talents, she discovers that the boy she’s had a crush on since freshman year, Niko Clark, is a Reaper. At last they have something in common, but that doesn’t mean life is getting any easier. All while facing merciless bullying from the most powerful girl in school, Arianne’s world is turned upside down after Niko accidentally reaps the soul of someone she loves. This sends them both into a spiral that threatens to end Arianne’s life. But will Niko break his own Reaper’s code to save her? And what would the consequences be if he did? 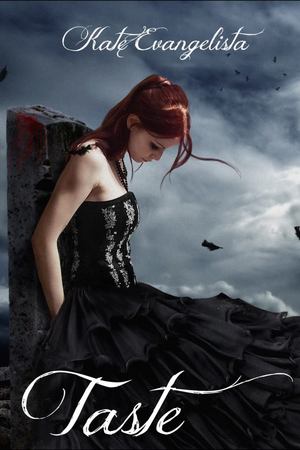 Kate Evangelista - Taste
At ​Barinkoff Academy, there's only one rule: no students on campus after curfew. Phoenix McKay soon finds out why when she is left behind at sunset. A group calling themselves night students threaten to taste her flesh until she is saved by a mysterious, alluring boy. With his pale skin, dark eyes, and mesmerizing voice, Demitri is both irresistible and impenetrable. He warns her to stay away from his dangerous world of flesh eaters. Unfortunately, the gorgeous and playful Luka has other plans. When Phoenix is caught between her physical and her emotional attraction, she becomes the keeper of a deadly secret that will rock the foundations of an ancient civilization living beneath Barinkoff Academy. Phoenix doesn’t realize until it is too late that the closer she gets to both Demitri and Luka the more she is plunging them all into a centuries old feud. 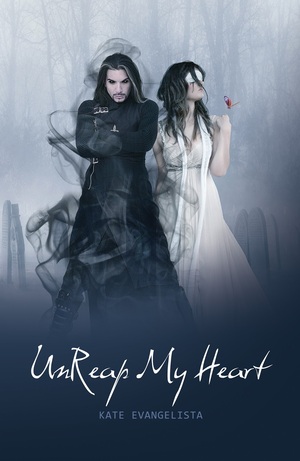 Kate Evangelista - Unreap ​My Heart
Only ​a villain can save the day. During his thousand year banishment in the Nethers, Balthazar thought of nothing but taking over the Crossroads from Death. On the day he puts his plans into action, Balthazar finds the Crossroads on lockdown. Death has been stabbed by Brianne’s Bitterness, a blade that slowly leaches him of his powers. In order to challenge Death for his seat and prevent utter chaos, Balthazar is forced into a mission to find the Redeemer, the only being capable of pulling out the blade from Death’s chest. The only person who can identify the Redeemer is a human girl in the Crossroads whose soul is still attached to her body. Meeting Arianne Wilson pushes Balthazar’s patience to the limit. In a deal he makes with Death, he must protect Arianne during their journey through the Underverse using all the resources available to him. He soon realizes the one he needs to protect is himself. For as much harm as it inflicts on Balthazar's body, trekking through the Underverse with Arianne is proving more dangerous for his heart and soul. Can the villain remain a villain when love gets in the way?