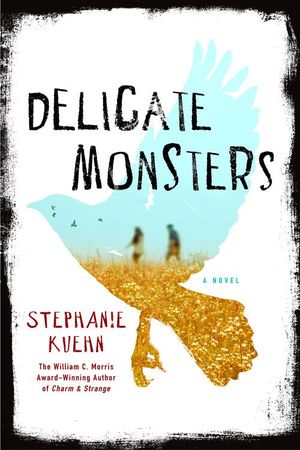 Stephanie Kuehn - Delicate ​Monsters
From ​the Morris-Award winning author of Charm & Strange, comes a twisted and haunting tale about three teens uncovering dark secrets and even darker truths about themselves. When nearly killing a classmate gets seventeen-year-old Sadie Su kicked out of her third boarding school in four years, she returns to her family’s California vineyard estate. Here, she’s meant to stay out of trouble. Here, she’s meant to do a lot of things. But it’s hard. She’s bored. And when Sadie’s bored, the only thing she likes is trouble. Emerson Tate’s a poor boy living in a rich town, with his widowed mother and strange, haunted little brother. All he wants his senior year is to play basketball and make something happen with the girl of his dreams. That’s why Emerson’s not happy Sadie’s back. An old childhood friend, she knows his worst secrets. The things he longs to forget. The things she won’t ever let him. Haunted is a good word for fifteen-year-old Miles Tate. Miles can see the future, after all. And he knows his vision of tragic violence at his school will come true, because his visions always do. That’s what he tells the new girl in town. The one who listens to him. The one who recognizes the darkness in his past. But can Miles stop the violence? Or has the future already been written? Maybe tragedy is his destiny. Maybe it’s all of theirs. 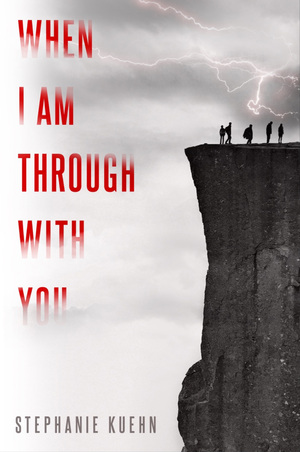 When ​I Am Through with You Stephanie Kuehn
0

Stephanie Kuehn - When ​I Am Through with You
A ​gripping story of survival and the razor’s-edge difference between perfect cruelty and perfect love. Ben Gibson chose to kill a man—and nearly died himself as a result—all before he was out of elementary school. Now, facing the end of high school and dead-end future, he's content to make as few choices as possible and enjoy the time he has left with Rose, the beautiful and mercurial girl who chose him, before she inevitably leaves their awful small town—and him—behind. Helping out on simple school-sponsored hiking trip in the northern California wilderness shouldn't be anything more than a chance to make a few bucks and to spend some time with Rose. But when the barometric pressure falls and the stakes suddenly rise, Ben must once again choose between life or death. “This isn’t meant to be a confession. Not in any spiritual sense of the word. Yes, I’m in jail at the moment. I imagine I’ll be here for a long time, considering. But I’m not writing this down for absolution and I’m not seeking forgiveness, not even from myself. Because I’m not sorry for what I did to Rose. I’m just not. Not for any of it.” Smart, dark, and twisty, When I Am Through With You will leave readers wondering what it really means to do the right thing. 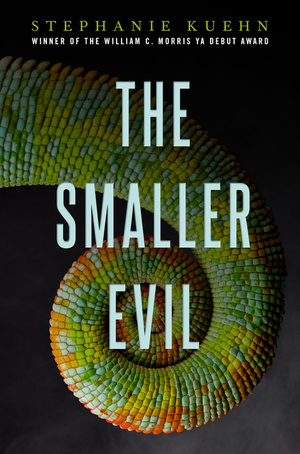 Stephanie Kuehn - The ​Smaller Evil
Sometimes ​the greater good requires the smaller evil. 17-year-old Arman Dukoff is crippled by anxiety and chronic illness when he arrives at an expensive self-help retreat in the remote hills of Big Sur. He’s taken a huge risk—and two-thousand dollars from his meth-head stepfather—for a chance to "evolve," as Beau, the retreat leader, says. Beau is complicated. A father figure? A cult leader? A con man? Arman's not sure, but more than anyone he's ever met, Beau makes Arman feel something other than what he usually feels—worthless. The retreat compound is secluded in coastal California mountains among towering redwoods, and when the iron gates close behind him, Arman believes for a moment that he can get better. But the program is a blur of jargon, bizarre rituals, and incomprehensible encounters with a beautiful girl. Arman is certain he's failing everything. But Beau disagrees; he thinks Arman has a bright future—though he never says at what. And then, in an instant Arman can't believe or totally recall, Beau is gone. Suicide? Or murder? Arman was the only witness and now the compound is getting tense. And maybe dangerous. As the mysteries and paradoxes multiply and the hints become accusations, Arman must rely on the person he's always trusted the least: himself. 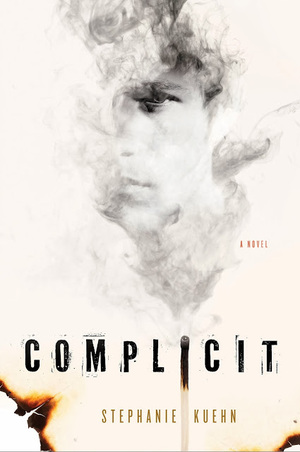 Stephanie Kuehn - Complicit
Two ​years ago, fifteen-year-old Jamie Henry breathed a sigh of relief when a judge sentenced his older sister to juvenile detention for burning down their neighbor's fancy horse barn. The whole town did. Because Crazy Cate Henry used to be a nice girl. Until she did a lot of bad things. Like drinking. And stealing. And lying. Like playing weird mind games in the woods with other children. Like making sure she always got her way. Or else. But today Cate got out. And now she’s coming back for Jamie. Because more than anything, Cate Henry needs her little brother to know this one simple truth: she’s not the crazy one and never has been. He is. 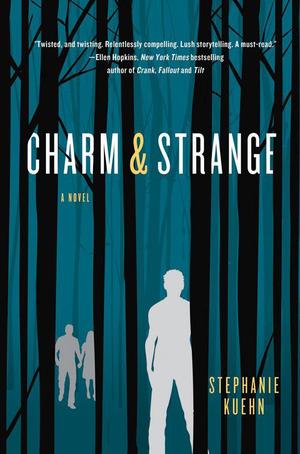 Stephanie Kuehn - Charm ​& Strange
When ​you’ve been kept caged in the dark, it’s impossible to see the forest for the trees. It’s impossible to see anything, really. Not without bars . . . Andrew Winston Winters is at war with himself. He’s part Win, the lonely teenager exiled to a remote Vermont boarding school in the wake of a family tragedy. The guy who shuts all his classmates out, no matter the cost. He’s part Drew, the angry young boy with violent impulses that control him. The boy who spent a fateful, long-ago summer with his brother and teenage cousins, only to endure a secret so monstrous it led three children to do the unthinkable. Over the course of one night, while stuck at a party deep in the New England woods, Andrew battles both the pain of his past and the isolation of his present. Before the sun rises, he’ll either surrender his sanity to the wild darkness inside his mind or make peace with the most elemental of truths—that choosing to live can mean so much more than not dying.