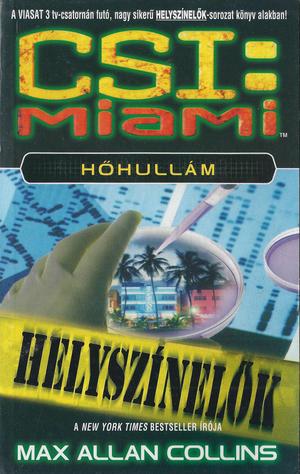 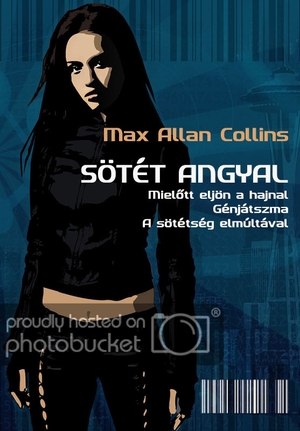 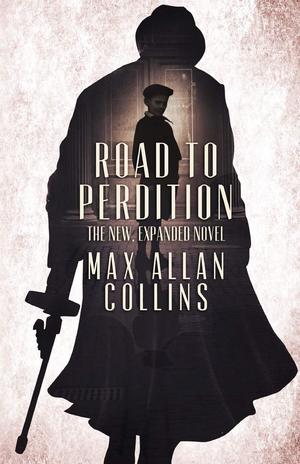 Max Allan Collins - Road ​to Perdition
Road ​to Perdition is a 2002 American crime film directed by Sam Mendes. The screenplay was adapted by David Self, from the graphic novel of the same name by Max Allan Collins. The film stars Tom Hanks, Paul Newman, Jude Law, and Daniel Craig. The plot, taking place during the Great Depression, follows a mob enforcer and his son as they seek vengeance against a mobster who murdered the rest of their family. Filming took place in the Chicago area. Mendes, having recently finished 1999's acclaimed American Beauty, pursued a story that had minimal dialogue and conveyed emotion in the imagery. Cinematographer Conrad L. Hall took advantage of the environment to create symbolism for the film, for which he won several awards, including the Academy Award for Best Cinematography. The film explores several themes, including the consequence of violence and father-son relationships. The film was released on July 12, 2002, and eventually grossed over $180 million worldwide. The cinematography, setting, and the lead performances by Newman (in his final theatrical screen appearance) and Hanks were well-received by critics. A home media release first debuted on February 25, 2003.. 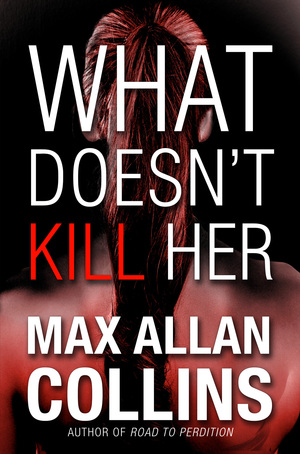 Max Allan Collins - What ​Doesn't Kill Her
Jordan ​Rivera was an ordinary kid with an ordinary family. Until a vicious killer took it all away from her, sparing her and leaving her broken. The murders destroyed something inside her and she spent ten long, silent years in an institution. Catching a glimpse of a news report about another ordinary family slain, Jordan breaks her silence. Now she’s out, and she molds herself - body and mind - into an instrument of justice. While a young detective pursues the case on his own, Jordan teams up with members of her Victims Support Group, people, like her, damaged by violent crime. They have their own stories of pain, heartache, and vengeance denied. With their help, Jordan will track down the killer before he can ravage any more lives. Her own life depends on it. 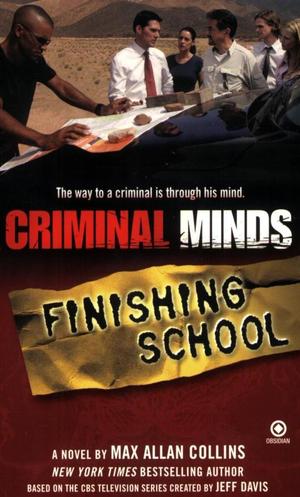 Max Allan Collins - Finishing ​School
The ​bodies of three young girls are discovered in the woods of Bemidji, Minnesota, the result of barbiturate poisoning. Unable to identify the victims, the local police turn to the Behavioral Analysis Unit. Profiler David Rossi learns that the girls disappeared more than ten years ago from Georgia. Further investigation reveals that the perpetrators have been involved in a cycle of kidnapping and murder for close to twenty years - and are about to start again... 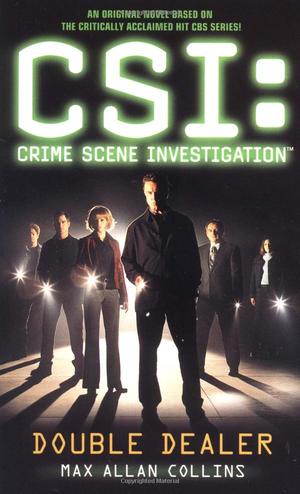 Max Allan Collins - Double ​Dealer
Meet ​the little known and even less understood heroes of police work in Las Vegas -- the forensic investigators. Led by veteran Gil Grissom, the remarkable team assigned to the Criminalistics Bureau's graveyard shift -- including Catherine Willows, Warrick Brown, Nick Stokes, and Sara Sidle -- must combine cutting-edge scientific methods and old-fashioned savvy as they work to untangle the evidence behind the yellow police tape. While Nick and Catherine investigate a newly discovered fifteen-year-old murder, Grissom and the rest of the team must uncover the indentity of a cold-blooded killer -- one whose execution-style, "double-tap" signature has provoked the interest of FBI agent Rick Culpepper. 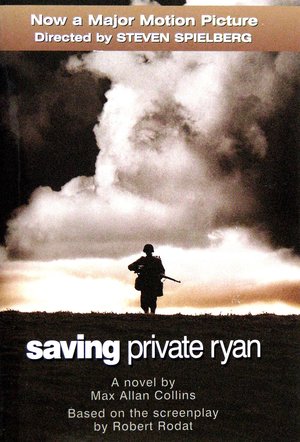 Max Allan Collins - Saving ​Private Ryan
June ​6, 1944. Military forces converge on the beaches of Normandy for one of the most decisive battles of World War II. America would call it a victory. History would call it D-Day. But for Captain John Miler and his squad of young soldiers, this fateful day would become something much more. Washington has sent them on a personal mission to save one life. One paratrooper missing in action. One soldier who has already lost three brothers in the war. Captain Miller and his men quickly realize this is not a simple rescue operation. It is a test of their honor and their duty. Their sole obsession - and their last hope for redemption. In a war of devastating proportions, saving one life could make all the difference in the world

Max Allan Collins - Blue ​Beginning
This ​story is about the world of the famous American television programme, NYPD Blue. In New York, Detectives Sipowicz and Kelly know that Giardella and his gunmen are behind some murders. They want to put Giardella in prison for long time. Can they get the evidence against him? 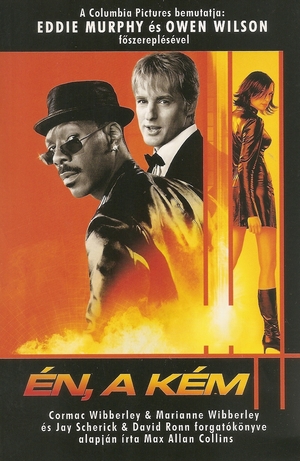 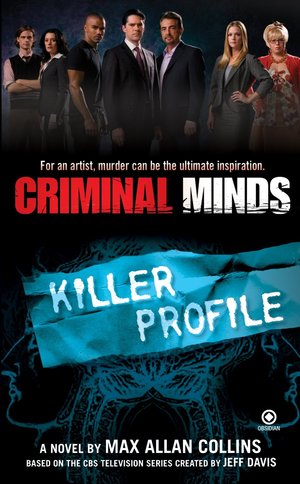 Max Allan Collins - Killer ​Profile
An ​elite team of FBI profilers is called in to help Chicago detectives investigate a series of bizarre murders. Though all are violent and disturbing, the crimes seem unrelated - until profiler David Rossi makes the connection. He recognizes each grisly tableau as one modeled on the crime scenes of three of the country's most notorious serial killers: David Berkowitz, Ted Bundy, and Jeffrey Dahmer. Someone is taking the cult of true crime to terrifying extremes, and with so many killers left to emulate, Rossi wonders how he can possibly profile a killer who's hiding within the killer profiles of others... 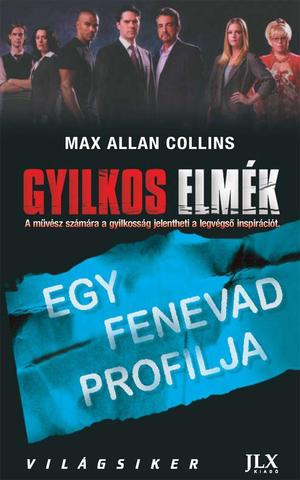 Max Allan Collins - Jump ​Cut
They’re ​members of the Behavioral Analysis Unit, an elite team of FBI profilers tasked with examining the nation’s most twisted criminal minds – and anticipating their next moves before they strike again… The BAU team is dispatched to Lawrence, Kansas, to investigate a series of fatal stabbings among the town’s homeless population. The victims have all been found freshly bathed, neatly groomed, and wearing new clothes. To profiler Jason Gideon, these look like carefully staged murders in isolated settings, fulfilling the sick fantasies of one or more Unknown Subjects. When the kidnapping of young heiress presents a second, seemingly unrelated crime for the BAU to help solve, Gideon deduces a sinister connection, despite the variance in MOs. The kidnap victim must be found – before she too is a player in the mind games of a pair of UnSubs who are inventing horrific new ways to kill. 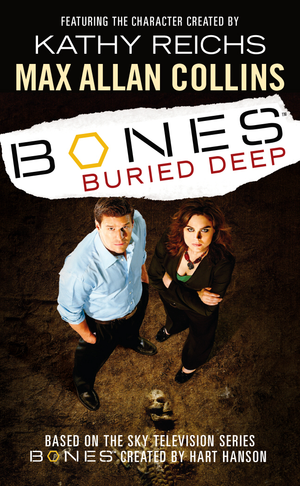 Max Allan Collins - Bones: ​Buried Deep
Tempe's ​work at the Jeffersonian Institute is put on hold when Special Agent Seeley Booth, stalled on a case deposing a Chicago mob family, calls her in to assist with a bizarre discovery: a plastic bag of skeletal remains -- and a chilling note -- left on the steps of a federal building. Tempe determines the bones are from different corpses, suggesting a serial killer's handiwork. A suspect is quickly taken into custody, but Tempe senses the case is far from closed. And as Booth's Mafia case heats up with violent twists and bloody discoveries, including ties to one of Chicago's most gruesome and notorious killers, Tempe must unravel the story of the bones, where the truth lies buried -- in order to stay alive. 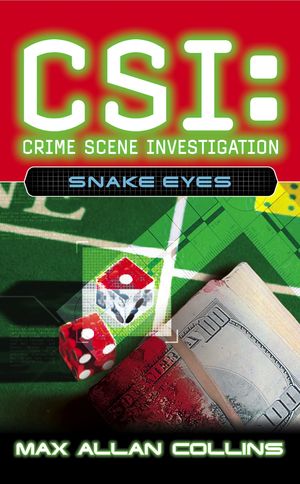 Max Allan Collins - Snake ​Eyes
Luck ​is on the side of most during the incident at the Four Kings Casino and Hotel, when the simmering tension between two rival biker gangs suddenly boils over into all-out violence -- miraculously, there are only two fatalities despite the hundreds of rounds fired on the casino floor. Called to an out-of-control crime scene -- located outside Las Vegas in the legendary town of Boot Hill -- forensic investigators Gil Grissom, Catherine Willows, Nick Stokes, and Sara Sidle quickly discover that the two casino shootout victims were no innocent bystanders: one was the powerful leader of the Predator gang, and the other a luckless card dealer who may have borne witness to an elaborately staged execution. Meanwhile, back in the glitter of Sin City, CSIs Warrick Brown and Greg Sanders have their own hands full, as the dark side of this desert metropolis is about to wreak havoc on the two investigators via a seemingly endless series of crimes... 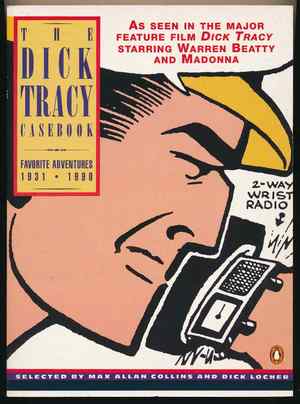 Max Allan Collins - The ​Dick Tracy Casebook: Favorite Adventures, 1931-1990
A ​representative collection of Dick Tracy adventures from the popular comic strip includes "The Hotel Murders" from the 1930s, "Putty Puss" from the 1980s, and other favorite cases. 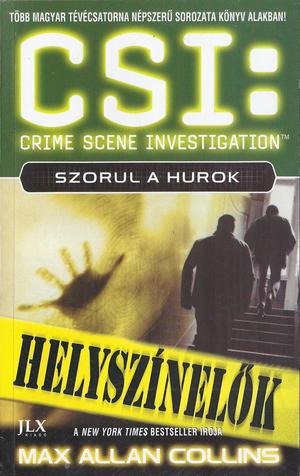 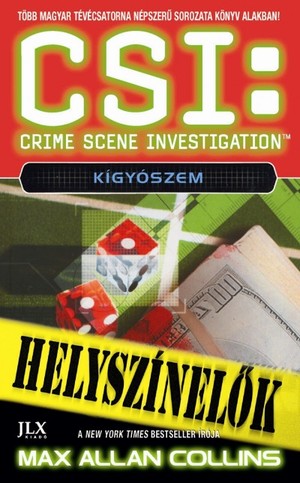 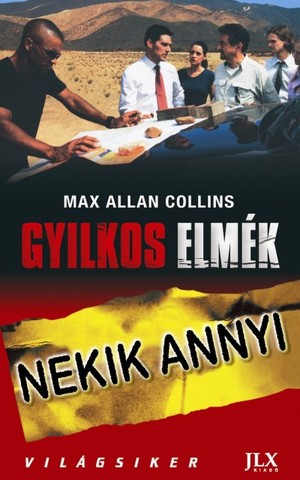 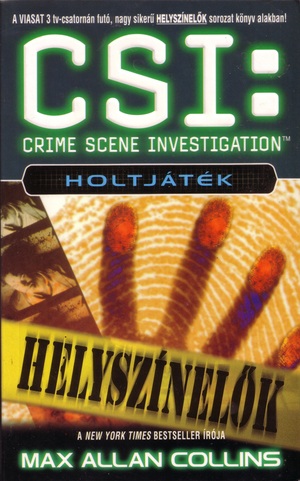 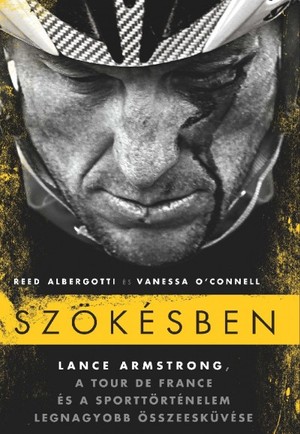