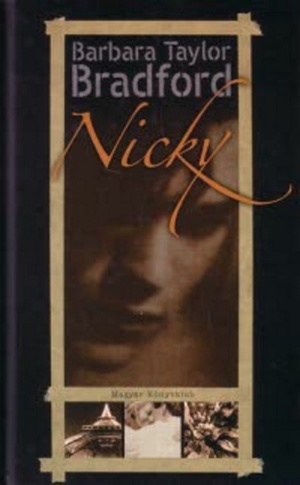 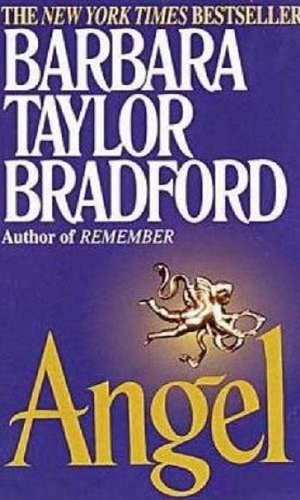 Barbara Taylor Bradford - Angel
Barbara Taylor Bradford, the internationally beloved bestselling author of A Woman of Substance, The Women in His Life, Remember, and other novels, now captivates us once again with Angel. A contemporary, compassionate drama, Angel probes the lives of four unforgettable characters. All were orphans when they met in their teens in the late seventies, and they vowed to be a family, bound to one another by a loyalty fiercer than friendship. Having entered adulthood with nothing, each of them has earned prominence, three in the dazzling world of international show business. But as the story unfolds, all of them find that they have broken their promises to one another, each in his or her own way. As they reunite at a film party in London, it is Rosalind Madigan who holds them together. An Academy Award-winning costume designer, Rosie, blessed with an innate goodness, is the Angel of the title. Despite her glittering success in European and American theater and film, Rosie is troubled by personal commitments that leave her feeling estranged from herself and from the friends who love her: . Gavin Ambrose, a Hollywood megastar, a brilliant actor and producer extraordinaire, whose personal life is not as successful as it appears to be on the surface. Nell Jeffrey, head of an international public relations firm and Rosie's best friend, a glamorous woman with a secret love affair. Kevin Madigan, Rosie's brother, an undercover cop in the NYPD Crime Intelligence Division who specializes in fighting organized crime, an assignment that threatens his life. Into their midst come a dashing French aristocrat, Guy de Montfleurie, and Johnny Fortune, the world's most successful popular singer, and these twomen disrupt - and irrevocably transform -" the family." Moving from the streets of New York and the studios of Hollywood to the boulevards of Paris and a chateau in the Loire Valley, Angel takes us on an unforgettable journey of lost innocence. Told with the power that only Barb 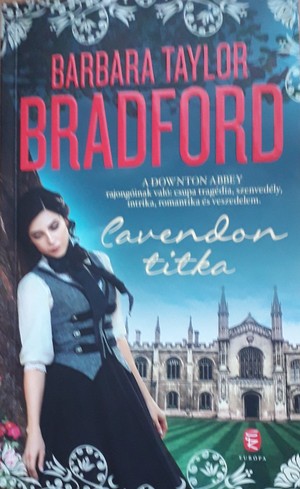 Barbara Taylor Bradford - A ​Woman of Substance
In ​celebration of its thirtieth anniversary, here is the novel that started it all: New York Times bestselling author Barbara Taylor Bradford’s dazzling saga of a woman who dared to dream—and to triumph against all odds. . . . On the brooding moors above a humble Yorkshire village stood Fairley Hall. There, Emma Harte, its oppressed but resourceful servant girl, acquired a shrewd determination. There, she honed her skills, discovered the meaning of treachery, learned to survive, to become a woman, and vowed to make her mark on the world. In the wake of tragedy she rose from poverty to magnificent wealth as the iron-willed force behind a thriving international enterprise. As one of the richest women in the world Emma Harte has almost everything she fought so hard to achieve—save for the dream of love, and for the passion of the one man she could never have. Through two marriages, two devastating wars, and generations of secrets, Emma’s unparalleled success has come with a price. As greed, envy, and revenge consume those closest to her, the brilliant matriarch now finds herself poised to outwit her enemies, and to face the betrayals of the past with the same ingenious resolve that forged her empire. 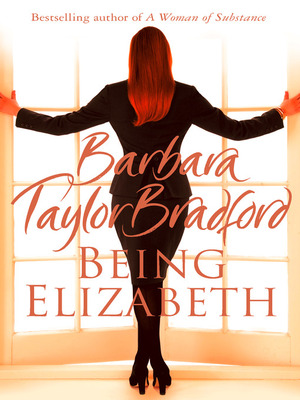 Barbara Taylor Bradford - Being ​Elizabeth
The ​final novel in the bestselling Ravenscar series following the fortunes of the Deravenel family Elizabeth Turner, scion of the fabled Deravenel family, carries the red-gold hair and beautiful English complexion of her ancestors. And it is not just her colouring that she has inherited from Edward Deravenel. Astute and charismatic, she is also bold, daring and fiercely ambitious, with the same ruthless streak. Now, aged just twenty-five, she stands in the position she has dreamed of - inheriting the family business, Deravenels. Over eight hundred years old, the company is a bastion of male chauvinism and the challenge that lies ahead of Elizabeth is immense. She also has to cope with the enmity of her cousin Mary who misguidedly believes she is the rightful heir. Cecil Williams acts as Elizabeth's mentor while navigating the treacherous corridors of power with her. But her greatest ally is her childhood friend, handsome, charming Robert Dunley. Highly intelligent, he is her match in every way - and there is a spark between them that is impossible to resist. Yet Robert is already married. When they begin an affair it scandalises those around them. But far worse is to come... From the family seat perched high on the Yorkshire moors to the glamour of London as the twentieth century draws to a close, Elizabeth fights for her birthright and her inheritance. Passion, drama, betrayal and death stalk the pages of this gripping new blockbuster from the author of A Woman of Substance. 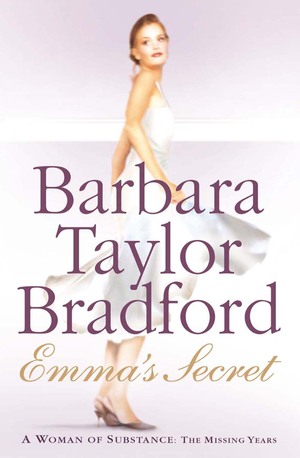 Barbara Taylor Bradford - Emma's ​Secret
Paula ​O'Neil has inherited her grandmother Emma Harte's dream for success-a magnificent business empire in London shared by Paula's daughters, Linnet and Tessa. Yet their future is far less secure than any woman imagines. For beneath the dazzling surface, flares a rivalry and discontent that leave them vulnerable to the dreams of others. Into the fray arrives enigmatic American fashion designer Evan Hughes seeking employment. But her interest in the Harte dynasty is a personal one. Bearing a striking resemblance to the Harte lineage, Evan's arrival begins to unravel a mystery that hides in the family's shadows, and that waits to be revealed in Emma's long-lost diaries. Now as the past unfolds, so emerges an extraordinary tale of money and power, passion and revenge, and survival and triumph at any price-one that will irrevocably change the lives and loves of four women and shake an empire to its very foundation. 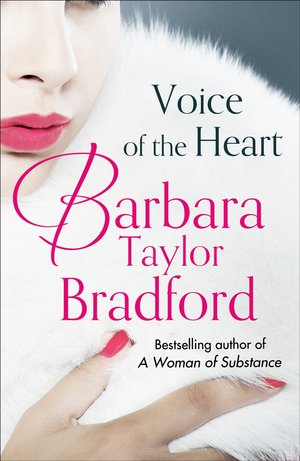 Barbara Taylor Bradford - Voice ​of the Heart
With ​her stunning beauty, brilliant talent, and almost magical allure, the irresistible Katherine Tempest has the world at her feet. Her rise from unknown actress to Hollywood legend is one marked by dazzling performances and a carefully concealed, yet undeniably ruthless, determination to succeed. Katherine irrevocably changes the lives of her closest friends: the two men who love her, the woman who trusts her implicitly. She never looks back until she needs the one thing they alone can give her- forgiveness. As she did so masterfully in her magnificent trilogy of A Woman of Substance, Hold the Dream, and To Be the Best, Barbara Taylor Bradford draws us into a world of a strong and powerful woman who made her choices...then was left to live with them. Moving from the stages of London to the bright lights of Hollywood, this is a richly detailed and deeply emotional novel that comes straight from Barbara Taylor Bradford's heart to yours.

Barbara Taylor Bradford - The ​Triumph of Katie Byrne
Barbara ​Taylor Bradford has enthralled millions of readers with her New York Times bestsellers, unforgettable tales that explore the rich tapestry of the human heart. Her new novel is no exception. The Triumph of Katie Byrne weaves a powerful and compelling story of one woman’s struggle to reclaim her future — by unraveling the dark mysteries of her past.... In London, Katie Byrne is an American actress on the verge of a triumph. But Katie seems barely aware of her charisma or her fortune. Caught up in a relentless quest for perfection onstage, Katie is not sure she will accept the career-making role she has been offered, even less sure that she could do justice to the part. Suddenly, Katie seems incapable of taking the steps she has dreamed of taking all her life — of claiming her life as an actress and of letting a promising love affair blossom. For Katie, the answer lies in a past she has shared with almost no one, in the small Connecticut town where she was born and raised in an adoring, close-knit family. There, on a fall day ten years before, tragedy crossed Katie Byrne’s path. Now she must return there — for answers, for a miracle, and for the kind of forgiveness that can set her free... 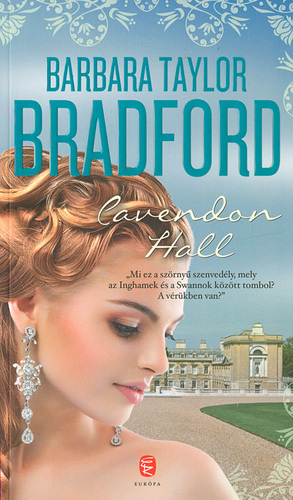 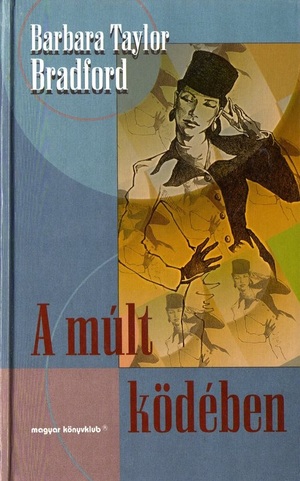 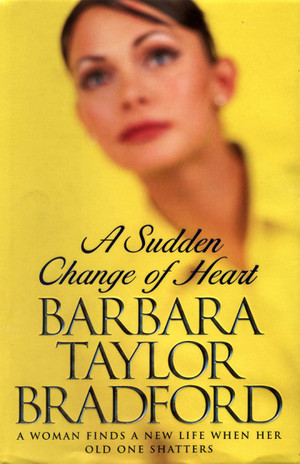 Barbara Taylor Bradford - A ​Sudden Change of Heart
Some ​secrets are too terrible to share--even with your best friend.... Nothing hurts like the truth. A truth that has haunted Claire Benson all her life. A truth that Claire has revealed to no one, not even to her best friend, International art dealer Laura Valiant. But the friendship that has sheltered both women throughout childhood, marriage and divorce is about to meet its greatest test. Suddenly old nightmares surface as Claire turns to her dearest friend for help. And as Laura's career leads her into the past, in an investigation of artwork stolen by the Nazis, she uncovers disturbing links to the present, to Claire, and a profoundly personal reason to follow a twisted trail to its surprising end.... 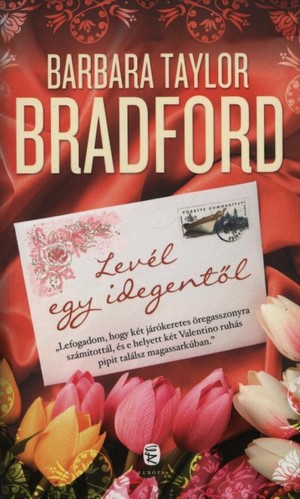 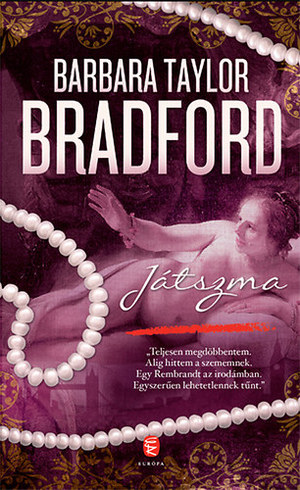 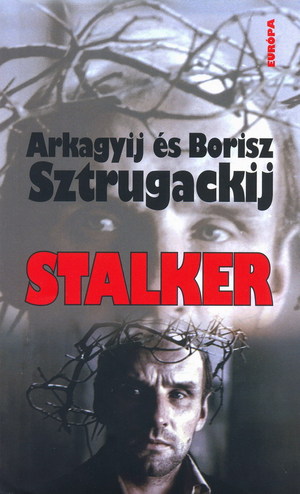