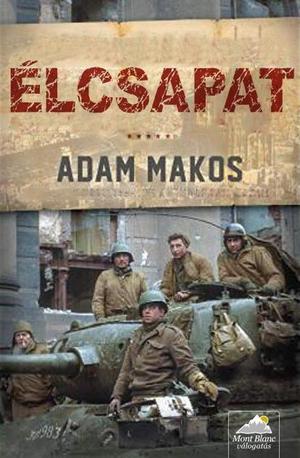 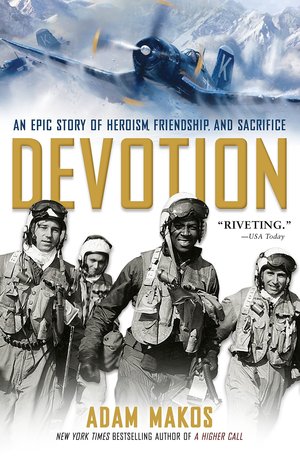 Adam Makos - Devotion
For ​readers of Unbroken comes an unforgettable tale of courage from America's "forgotten war" in Korea, by the New York Times bestselling author of A Higher Call. Devotion tells the inspirational story of the U.S. Navy's most famous aviator duo, Lieutenant Tom Hudner and Ensign Jesse Brown, and the Marines they fought to defend. A white New Englander from the country-club scene, Tom passed up Harvard to fly fighters for his country. An African American sharecropper's son from Mississippi, Jesse became the navy's first black carrier pilot, defending a nation that wouldn't even serve him in a bar. While much of America remained divided by segregation, Jesse and Tom joined forces as wingmen in Fighter Squadron 32. Adam Makos takes us into the cockpit as these bold young aviators cut their teeth at the world's most dangerous job--landing on the deck of an aircraft carrier--a line of work that Jesse's young wife, Daisy, struggles to accept. Deployed to the Mediterranean, Tom and Jesse meet the Fleet Marines, boys like PFC "Red" Parkinson, a farm kid from the Catskills. In between war games in the sun, the young men revel on the Riviera, partying with millionaires and even befriending the Hollywood starlet Elizabeth Taylor. Then comes the war no one expected, in faraway Korea. Devotion takes us soaring overhead with Tom and Jesse, and into the foxholes with Red and the Marines as they battle a North Korean invasion. As the fury of the fighting escalates and the Marines are cornered at the Chosin Reservoir, Tom and Jesse fly, guns blazing, to try and save them. When one of the duo is shot down behind enemy lines and pinned in his burning plane, the other faces an unthinkable choice: watch his friend die or attempt history's most audacious one-man rescue mission. A tug-at-the-heartstrings tale of bravery and selflessness, Devotion asks: How far would you go to save a friend? Praise for Devotion "Riveting . . . a meticulously researched and moving account."--USA Today "An inspiring tale . . . portrayed by Makos in sharp, fact-filled prose and with strong reporting."--Los Angeles Times "[A] must-read."--New York Post "Stirring."--Parade "A masterful storyteller . . . [Makos brings] Devotion to life with amazing vividness. . . . [It] reads like a dream. The perfectly paced story cruises along in the fast lane--when you're finished, you'll want to start all over again."--Associated Press "A delight to read . . . Devotion is a story you will not forget."--The Washington Times "My great respect for Tom Hudner knows no bounds. He is a true hero; and in reading this book, you will understand why I feel that way."--President George H. W. Bush "This is aerial drama at its best--fast, powerful, and moving."--Erik Larson, New York Times bestselling author of Dead Wake "Though it concerns a famously cold battle in the Korean War, make no mistake: Devotion will warm your heart."--Hampton Sides, New York Times bestselling author of Ghost Soldiers and In the Kingdom of Ice "At last, the Korean War has its epic, a story that will stay with you long after you close this book."--Eric Blehm, New York Times bestselling author of Fearless and Legend 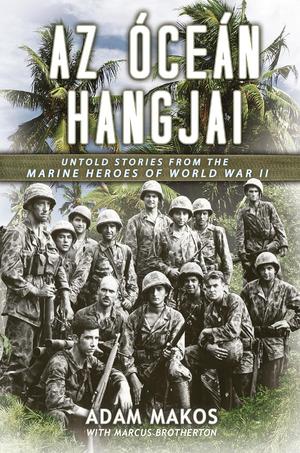 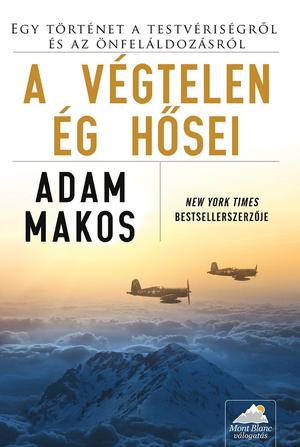 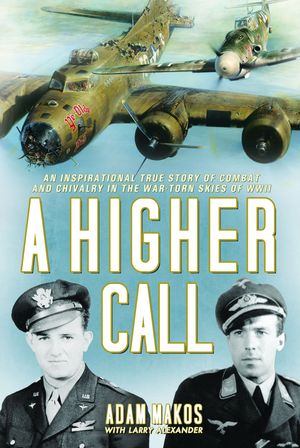 Adam Makos - Larry Alexander - A ​Higher Call
Four ​days before Christmas 1943, a badly damaged American bomber struggled to fly over wartime Germany. At its controls was a 21-year-old pilot. Half his crew lay wounded or dead. It was their first mission. Suddenly, a sleek, dark shape pulled up on the bomber’s tail—a German Messerschmitt fighter. Worse, the German pilot was an ace, a man able to destroy the American bomber in the squeeze of a trigger. What happened next would defy imagination and later be called the most incredible encounter between enemies in World War II. This is the true story of the two pilots whose lives collided in the skies that day—the American—2nd Lieutenant Charlie Brown, a former farm boy from West Virginia who came to captain a B-17—and the German—2nd Lieutenant Franz Stigler, a former airline pilot from Bavaria who sought to avoid fighting in World War II. A Higher Call follows both Charlie and Franz’s harrowing missions. Charlie would face takeoffs in English fog over the flaming wreckage of his buddies’ planes, flak bursts so close they would light his cockpit, and packs of enemy fighters that would circle his plane like sharks. Franz would face sandstorms in the desert, a crash alone at sea, and the spectacle of 1,000 bombers each with eleven guns, waiting for his attack. Ultimately, Charlie and Franz would stare across the frozen skies at one another. What happened between them, the American 8th Air Force would later classify as “top secret.” It was an act that Franz could never mention or else face a firing squad. It was the encounter that would haunt both Charlie and Franz for forty years until, as old men, they would search for one another, a last mission that could change their lives forever. 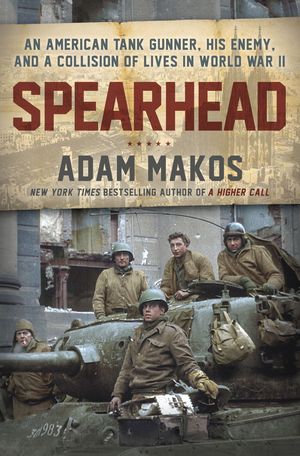 Adam Makos - Spearhead
From ​the author of the international bestseller A Higher Call comes the riveting World War II story of an American tank gunner’s journey into the heart of the Third Reich, where he will meet destiny in an iconic armor duel—and forge an enduring bond with his enemy. When Clarence Smoyer is assigned to the gunner’s seat of his Sherman tank, his crewmates discover that the gentle giant from Pennsylvania has a hidden talent: He’s a natural-born shooter. At first, Clarence and his fellow crews in the legendary 3rd Armored Division—“Spearhead”—thought their tanks were invincible. Then they met the German Panther, with a gun so murderous it could shoot through one Sherman and into the next. Soon a pattern emerged: The lead tank always gets hit. After Clarence sees his friends cut down breaching the West Wall and holding the line in the Battle of the Bulge, he and his crew are given a weapon with the power to avenge their fallen brothers: the Pershing, a state-of-the-art “super tank,” one of twenty in the European theater. But with it comes a harrowing new responsibility: Now they will spearhead every attack. That’s how Clarence, the corporal from coal country, finds himself leading the U.S. Army into its largest urban battle of the European war, the fight for Cologne, the “Fortress City” of Germany. Battling through the ruins, Clarence will engage the fearsome Panther in a duel immortalized by an army cameraman. And he will square off with Gustav Schaefer, a teenager behind the trigger in a Panzer IV tank, whose crew has been sent on a suicide mission to stop the Americans. As Clarence and Gustav trade fire down a long boulevard, they are taken by surprise by a tragic mistake of war. What happens next will haunt Clarence to the modern day, drawing him back to Cologne to do the unthinkable: to face his enemy, one last time. 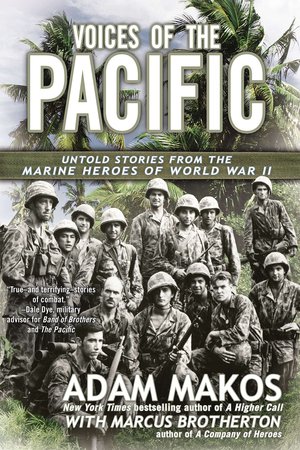 Adam Makos - Marcus Brotherton - Voices ​of the Pacific
These ​are the stories from fifteen WWII Marines, compiled by Adam Makos and Marcus Brotherton but left unfiltered and in the words of the Marines who were there. Unflinching, brutal, and relentless, Voices of the Pacific will leave a reader gasping for air and dumbstruck in awe of the old heroes who won the Pacific war with bare hands, bayonets, and guts. The book presents accounts of heroism and honor as told by World War II veterans Sid Phillips, R.V. Burgin, and Chuck Tatum—whose exploits were featured in the HBO mini-series The Pacific—and their Marine buddies from the legendary 1st Marine Division. These Marines trace the action from the Pearl Harbor attack and intense boot camp training through battles with the Japanese on Guadalcanal, Cape Gloucester, Peleliu, and Okinawa, to their return home after V-J Day. With unflinching honesty, these men reveal harrowing accounts of combat with an implacable enemy, the friendships and camaraderie they found—and lost—and the aftermath of the war’s impact on their lives. With unprecedented access to the veterans, never-before-seen photographs, and unpublished memoirs, Makos and Brotherton have forged Voices of the Pacific into an incredible historic record of American bravery and sacrifice. 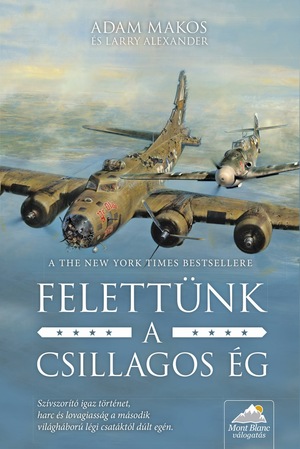 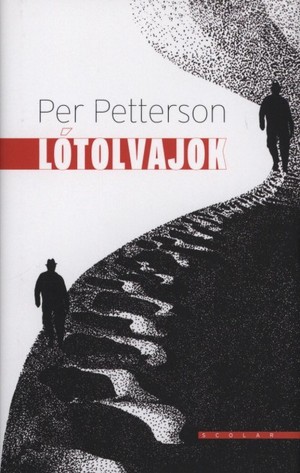