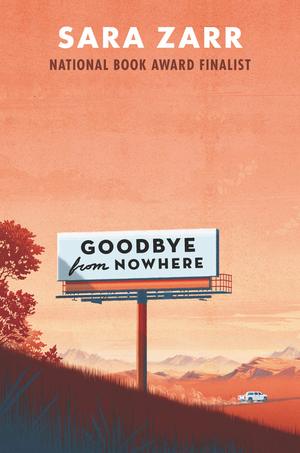 Sara Zarr - Goodbye ​from Nowhere
Sara ​Zarr, author of the National Book Award finalist Story of a Girl, returns with an intimate, exquisitely crafted novel of the courage it takes to see those we love for who they are. Kyle Baker thought his family was happy. Happy enough, anyway. That's why, when Kyle learns that his mother has been having an affair and his father has been living with the secret, his reality is altered. He quits baseball, ghosts his girlfriend, and generally checks out of life as he's known it. With his older sisters out of the house and friends who don't get it, the only person he can talk to is his cousin Emily--who is always there on the other end of his texts but still has her own life, hours away. Kyle's parents want him to keep the secret of his mother's affair from the rest of the family until after what might be their last big summer reunion. As Kyle watches the effects of his parents' choices ripple out over friends, family, and strangers, and he feels the walls of his relationships closing in, he has to decide what his obligations are to everyone he cares for--including himself. 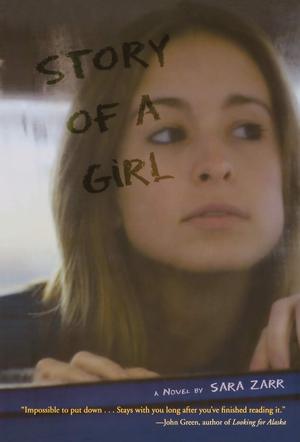 Story ​of a Girl Sara Zarr
0

Sara Zarr - Story ​of a Girl
When ​she is caught in the backseat of a car with her older brother's best friend--Deanna Lambert's teenage life is changed forever. Struggling to overcome the lasting repercussions and the stifling role of "school slut," she longs to escape a life defined by her past. With subtle grace, complicated wisdom and striking emotion, Story of a Girl reminds us of our human capacity for resilience, epiphany and redemption. 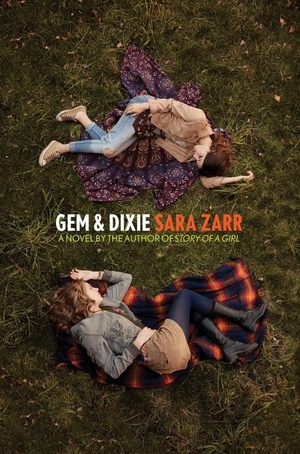 Sara Zarr - Gem ​& Dixie
Gem ​has never known what it is to have security. She’s never known an adult she can truly rely on. But the one constant in her life has been Dixie. Gem grew up taking care of her sister when no one else could: not their mother, whose issues make it hard for her to keep food on the table; and definitely not their father, whose intermittent presence is the only thing worse than his frequent absence. Even as Gem and Dixie have grown apart, they’ve always had each other. When their dad returns for the first time in years and tries to insert himself back into their lives, Gem finds herself with an unexpected opportunity: three days with Dixie, on their own in Seattle and beyond. But this short trip soon becomes something more, as Gem discovers that to save herself, she may have to sever the one bond she's tried so hard to keep. National Book Award finalist Sara Zarr has written her most personal and affecting book yet—an unforgettable story of breaking apart and of coming together again. 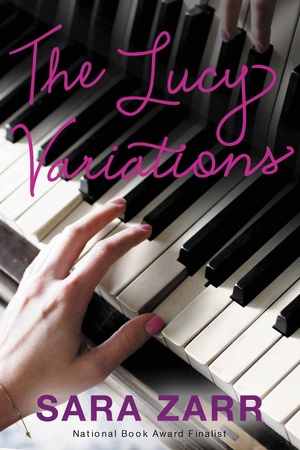 Sara Zarr - The ​Lucy Variations
A ​once-promising concert pianist now believes that at 16 her best years are behind her — a belief that everyone she knows seems to agree with, until she meets her brother's attractive new piano instructor. 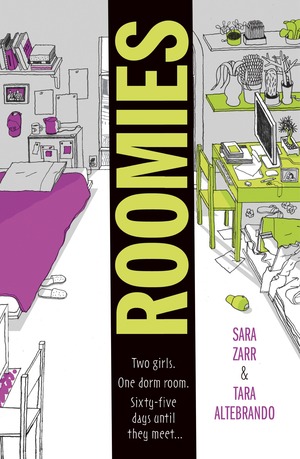 Sara Zarr - Tara Altebrando - Roomies
It's ​time to meet your new roomie. When East Coast native Elizabeth receives her freshman-year roommate assignment, she shoots off an e-mail to coordinate the basics: television, microwave, mini-fridge. That first note to San Franciscan Lauren sparks a series of e-mails that alters the landscape of each girl's summer -- and raises questions about how two girls who are so different will ever share a dorm room. As the countdown to college begins, life at home becomes increasingly complex. With family relationships and childhood friendships strained by change, it suddenly seems that the only people Elizabeth and Lauren can rely on are the complicated new boys in their lives . . . and each other. Even though they've never met. National Book Award finalist Sara Zarr and acclaimed author Tara Altebrando join forces for a novel about growing up, leaving home, and getting that one fateful e-mail that assigns your college roommate. 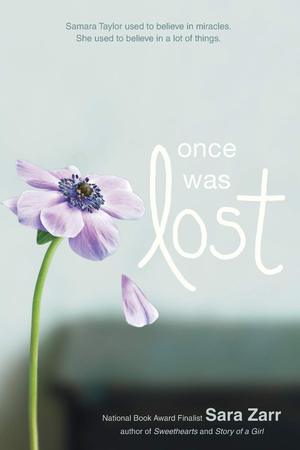 Once ​Was Lost Sara Zarr
0

Sara Zarr - Once ​Was Lost
As ​a pastor's kid, it's hard not to buy into the idea of the perfect family, a loving God, and amazing grace. But lately, Sam has a lot of reasons to doubt. Her mother lands in rehab after a DUI, and her father seems more interested in his congregation than his family. When a young girl in her small town goes missing, the local tragedy overlaps with Sam's personal one, and the already worn thread of faith holding her together begins to unravel. In her third novel, acclaimed author Sara Zarr examines the coexistence of affliction and hope, and what happens when everything you thought you believed—about God, your family, and yourself—is transformed. 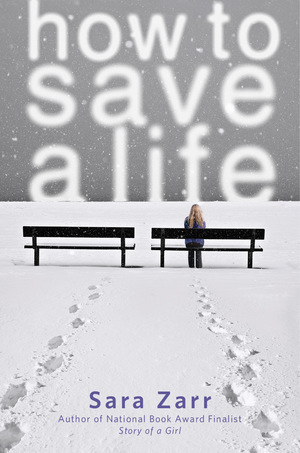 How ​to Save a Life Sara Zarr
2

Sara Zarr - How ​to Save a Life
Jill ​MacSweeney just wants everything to go back to normal. But ever since her dad died, she's been isolating herself from her boyfriend, her best friends--everyone who wants to support her. You can't lose one family member and simply replace him with a new one, and when her mom decides to adopt a baby, that's exactly what it feels like she's trying to do. And that's decidedly not normal. With her world crumbling around her, can Jill come to embrace a new member of the family? Mandy Kalinowski knows what it's like to grow up unwanted--to be raised by a mother who never intended to have a child. So when Mandy becomes pregnant, she knows she wants a better life for her baby. But can giving up a child be as easy as it seems? And will she ever be able to find someone to care for her, too? Critically acclaimed author and National Book Award finalist Sara Zarr delivers a heart-wrenching story, told from dual perspectives, about what it means to be a family and the many roads we can take to become one. 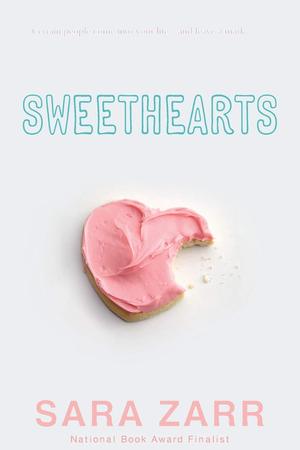 Sara Zarr - Sweethearts
As ​children, Jennifer Harris and Cameron Quick were both social outcasts. They were also one another's only friend. So when Cameron disappears without warning, Jennifer thinks she's lost the only person who will ever understand her. Now in high school, Jennifer has been transformed. Known as Jenna, she's popular, happy, and dating, everything "Jennifer" couldn't be - but she still can't shake the memory of her long-lost friend. When Cameron suddenly reappears, they are both confronted with memories of their shared past and the drastically different paths their lives have taken. From the National Book Award nominated author of Story of a Girl, Sweethearts is a story about the power of memory, the bond of friendship, and the quiet resilience of our childhood hearts. 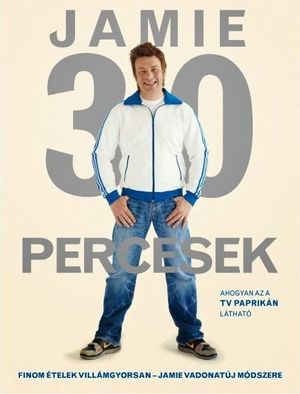