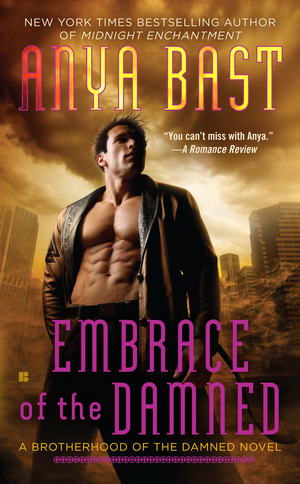 Embrace ​of the Damned Anya Bast
0

Anya Bast - Embrace ​of the Damned
New ​York Times bestselling author Anya Bast introduces her newest paranormal romance, set in the world of Norse mythology… A damned Viking warrior. Centuries ago Broder Calderson committed murder. As punishment, he was given over to the dominion of Loki, the Trickster God, made part of the Brotherhood of the Damned and condemned to an immortal life of battle against the Blight, blood-drinkers from Hel. A mysterious woman he can’t resist. One thousand years to the day he was damned, Loki allows him a woman as reward for his good service and repentance of his crimes. Once Broder sees Jessamine Hamilton, he is overcome with need. But Jessa is no ordinary woman, and the truth of who—and what—she is could have dangerous consequences. A tormented man she can’t deny. Though a future together is impossible, the warrior’s touch ignites an irresistible passion in Jessa. But every heated kiss pushes them closer to destruction. Forced to return to the brutality of his Viking past to protect her, will Broder surrender forever to his darkest impulses?

Anya Bast - Witch ​Fire
Mira ​Hoskins doesn't know she's a natural-born witch who possesses the rare—and powerful—element of air. And she never expects to find herself tied to a mahogany bed frame, captive of a man who aches to fulfill her every desire and let loose the magick that dwells inside her. Heat emanates from elemental fire witch Jack McAllister. The Coven, a governing authority of witches, has sent him to protect Mira from a band of warlocks who drain witches of power...and life. Long ago, he saw Mira's parents murdered by this same dark magick. He'd like to quell his guilt and offer her everything she deserves. But she's the long-lost cousin of his boss—making seduction off-limits. With Jack's strong guidance, Mira is luring forth her inner magick. But his sense of duty is quickly swelling into insatiable hunger. He was warned about the natural attraction between air and fire. Now he risks being consumed by the woman he shouldn't want—but can't stay away from.

Anya Bast - Witch ​Blood
A ​water witch, Isabelle Novak has always led a chaotic, nomadic existence. But her life spins out of control when her sister—her only friend and emotional anchor—is killed by a demon. Driven by grief and a desire for revenge, she turns her back on the Coven and its sacred rede: Harm ye none... When Isabelle first encounters Thomas Monahan, she's running on pure rage and sorrow, channeling her pain into power—and trying to freeze the life out of a warlock she holds responsible for her sister's death. Together, she and Thomas form an uneasy alliance to hunt and destroy a demon of tremendous power. As head of the Coven, earth witch Thomas must thwart Isabelle's dark impulses, but his very presence stirs deeper desires she never knew she had. 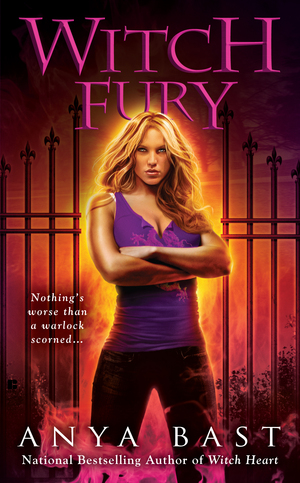 Anya Bast - Witch ​Fury
_Sarafina ​Connell is having the worst week of her life. It takes an even darker turn when an infamous playboy kidnaps her and reveals a world she never knew existed..._ It's a world where magick is real, and where Sarafina is given a chance to join a secret cabal that is bent on gaining absolute power. They could use a woman like her—a witch with an untapped gift for creating fire. But she isn't about to get in league with the devil. Rescued from her captors, Sarafina is introduced to a coven that is duty-bound to fight the forces of darkness. She's pleased that her savior is the imposingly seductive Theo—until the trust between them goes up in flames. However, as the war between good and evil is waged, Sarafina and Theo realize they have no choice but to unite in the battle for supremacy—that's getting hotter by the minute.

Anya Bast - Cruel ​Enchantment
Even ​the most powerful hands need a delicate touch... Emmaline Gallagher is a master of wielding personal glamour. As a free fae who lives among humans, she must hide her true self at all times as she works undercover within the powerful Phaendir—for if certain factions within the Phaendir gain control, the fae will be wiped from existence. Now, an object of fae power lies within a locked ancient box. And there is only one fae who can forge the key. Known as “the Blacksmith” Aeric O’Malley can create or destroy almost anything with his forging skills. Emmaline has come to him in need, but he and Emmaline have a past—and he has spent centuries wanting to take revenge on her for her transgressions. But now that he has her within his grasp, something about her keeps him from exacting his vengeance—or is it merely her glamour blinding him? Trapped by fate, Emmaline must hope that she can reach Aeric’s furious heart before it’s too late…

Anya Bast - Witch ​Heart
_With ​a strange and powerful type of elemental magick, Claire isn't destined to be a demon's handmaiden. Yet this has been her fate since she was six, when her warlock mother brought her to Eudae. Now an adult, she's about to discover her true power—and how far others are willing to go to take it away._ As part of a Coven mission, Adam Tyrell rescues Claire from her enslavement—and finds himself immediately taken with the beautiful witch. But this charming playboy soon learns that it's easier to steal Claire from demons than win her heart, for her life as a servant has ravaged her spirit. But Adam's determination to protect her from the warlocks who want to harness her magick for evil begins to weaken Claire's resistance—and in the heat of danger they find themselves surrendering to the lure of their deepest desires. 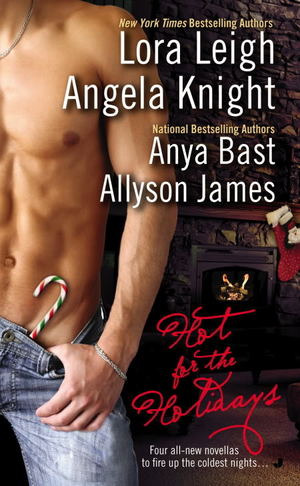 Lora Leigh - Angela Knight - Anya Bast - Allyson James - Hot ​for the Holidays
Featuring ​four all-new novellas of sensual surprises and seasonal spirits, this collection includes a new tale of the Breeds from Lora Leigh and a return to the world of the Mageverse from Angela Knight. 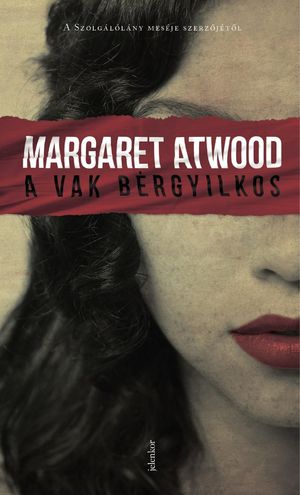