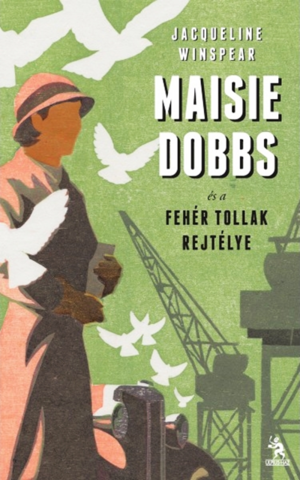 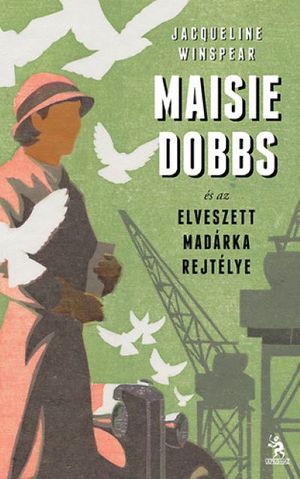 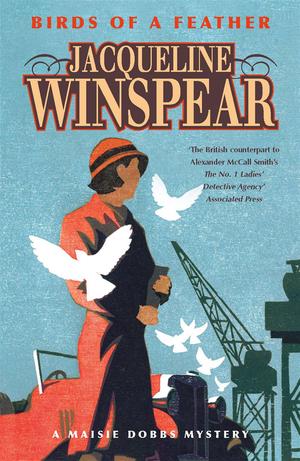 Birds ​of a Feather Jacqueline Winspear
2

Jacqueline Winspear - Birds ​of a Feather
An ​eventful year has passed for Maisie Dobbs. Since starting a one-woman private investigation agency in 1929 London, she now has a professional office in Fitzroy Square and an assistant, the happy-go-lucky Billy Beale. She has proven herself as a psychologist and investigator, and has even won over Detective Inspector Stratton of Scotland Yard's Murder Squad—an admirable achievement for a woman who worked her way from servant to scholar to sleuth, and who also served as a battlefield nurse in the Great War. It's now the early Spring of 1930. Stratton is investigating a murder case in Coulsden, while Maisie has been summoned to Dulwich to find a runaway heiress. The woman is the daughter of Joseph Waite, a wealthy self-made man who has lavished her with privilege but kept her in a gilded cage. His domineering ways have driven her off before, and now she's bolted again. Waite's instructions are to find his daughter and bring her home. When Maisie looks into the disappearance she finds a chilling link to Stratton's murder case, and to the terrible legacy of The Great War. 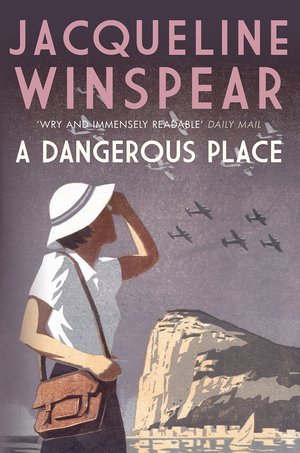 Jacqueline Winspear - A ​dangerous place
Spring ​1937. In the four years since she left England, Maisie Dobbs has experienced love, contentment, stability—and the deepest tragedy a woman can endure. Now, all she wants is the peace she believes she might find by returning to India. But her sojourn in the hills of Darjeeling is cut short when her stepmother summons her home to England; her aging father Frankie Dobbs is not getting any younger. But on a ship bound for England, Maisie realizes she isn’t ready to return. Against the wishes of the captain who warns her, “You will be alone in a most dangerous place,” she disembarks in Gibraltar. Though she is on her own, Maisie is far from alone: the British garrison town is teeming with refugees fleeing a brutal civil war across the border in Spain. Yet the danger is very real. Days after Maisie’s arrival, a photographer and member of Gibraltar’s Sephardic Jewish community, Sebastian Babayoff, is murdered, and Maisie becomes entangled in the case, drawing the attention of the British Secret Service. Under the suspicious eye of a British agent, Maisie is pulled deeper into political intrigue on “the Rock”—arguably Britain’s most important strategic territory—and renews an uneasy acquaintance in the process. At a crossroads between her past and her future, Maisie must choose a direction, knowing that England is, for her, an equally dangerous place, but in quite a different way. 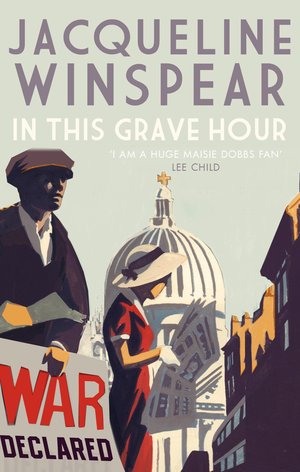 In ​This Grave Hour Jacqueline Winspear
0

Jacqueline Winspear - In ​This Grave Hour
3rd ​September 1939. A Secret Service agent breaks into Maisie Dobbs' flat to await her return. Dr Francesca Thomas has an urgent assignment for Maisie: to find the killer of a man who escaped occupied Belgium as a boy, during the Great War some twenty-three years earlier. As Britain approaches its gravest hour and London is shadowed by the threat of invasion, another former Belgian refugee is found murdered. And as Maisie delves deeper into the killings of the dispossessed from the 'last war', an evacuee from London appears in Maisie's life, bringing the current crisis close to home just when Maisie nears a crossroads of her own. 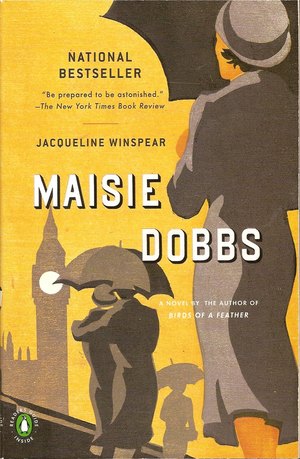 Jacqueline Winspear - Maisie ​Dobbs
Part ​Dorothy Sayers, and part Upstairs, Downstairs, this astonishing debut has already won fans from coast to coast and is poised to add Maisie Dobbs to the ranks of literature's favorite sleuths. Maisie Dobbs isn't just any young housemaid. Through her own natural intelligence—and the patronage of her benevolent employers—she works her way into college at Cambridge. When World War I breaks out, Maisie goes to the front as a nurse. It is there that she learns that coincidences are meaningful and the truth elusive. After the War, Maisie sets up on her own as a private investigator. But her very first assignment, seemingly an ordinary infidelity case, soon reveals a much deeper, darker web of secrets, which will force Maisie to revisit the horrors of the Great War and the love she left behind. 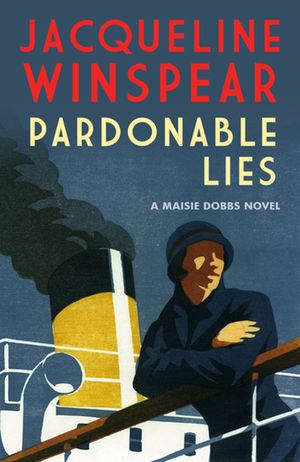 Jacqueline Winspear - Pardonable ​Lies
In ​the third novel of this bestselling series, London investigator Maisie Dobbs faces grave danger as she returns to the site of her most painful WWI memories to resolve the mystery of a pilot's death Agatha Christie's Miss Marple. Sue Grafton's Kinsey Millhone. Alexander McCall Smith's Precious Ramotswe. Every once in a while, a detective bursts on the scene who captures readers' hearts -- and imaginations -- and doesn't let go. And so it was with Jacqueline Winspear's Maisie Dobbs, who made her debut just two years ago in the eponymously titled first book of the series, and is already on her way to becoming a household name. A deathbed plea from his wife leads Sir Cecil Lawton to seek the aid of Maisie Dobbs, psychologist and investigator. As Maisie soon learns, Agnes Lawton never accepted that her aviator son was killed in the Great War, a torment that led her not only to the edge of madness but to the doors of those who practice the dark arts and commune with the spirit world. In accepting the assignment, Maisie finds her spiritual strength tested, as well as her regard for her mentor, Maurice Blanche. The mission also brings her together once again with her college friend Priscilla Evernden, who served in France and who lost three brothers to the war -- one of whom, it turns out, had an intriguing connection to the missing Ralph Lawton. Following on the heels of the triumphant Birds of a Feather, Pardonable Lies is the most compelling installment yet in the chronicles of Maisie Dobbs, "a heroine to cherish (Marilyn Stasio, The New York Times Book Review) 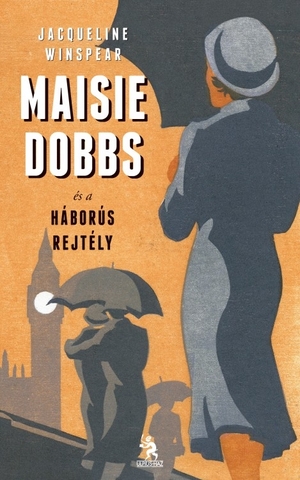 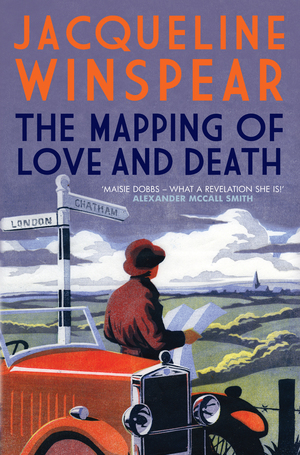 The ​Mapping of Love and Death Jacqueline Winspear
2

Jacqueline Winspear - The ​Mapping of Love and Death
In ​the latest mystery in the New York Times bestselling series, Maisie Dobbs must unravel a case of wartime love and death an investigation that leads her to a long-hidden affair between a young cartographer and a mysterious nurse. August 1914. Michael Clifton is mapping the land he has just purchased in California's beautiful Santa Ynez Valley, certain that oil lies beneath its surface. But as the young cartographer prepares to return home to Boston, war is declared in Europe. Michael the youngest son of an expatriate Englishman puts duty first and sails for his father's native country to serve in the British army. Three years later, he is listed among those missing in action. April 1932. London psychologist and investigator Maisie Dobbs is retained by Michael's parents, who have recently learned that their son's remains have been unearthed in France. They want Maisie to find the unnamed nurse whose love letters were among Michael's belongings a quest that takes Maisie back to her own bittersweet wartime love. Her inquiries, and the stunning discovery that Michael Clifton was murdered in his trench, unleash a web of intrigue and violence that threatens to engulf the soldier's family and even Maisie herself. Over the course of her investigation, Maisie must cope with the approaching loss of her mentor, Maurice Blanche, and her growing awareness that she is once again falling in love. Following the critically acclaimed bestseller Among the Mad, The Mapping of Love and Death delivers the most gripping and satisfying chapter yet in the life of Maisie Dobbs. 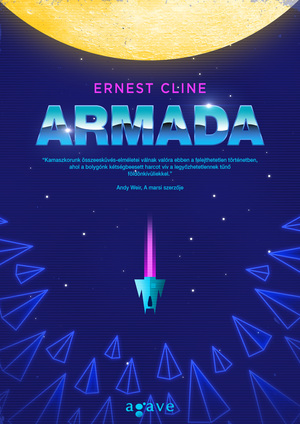